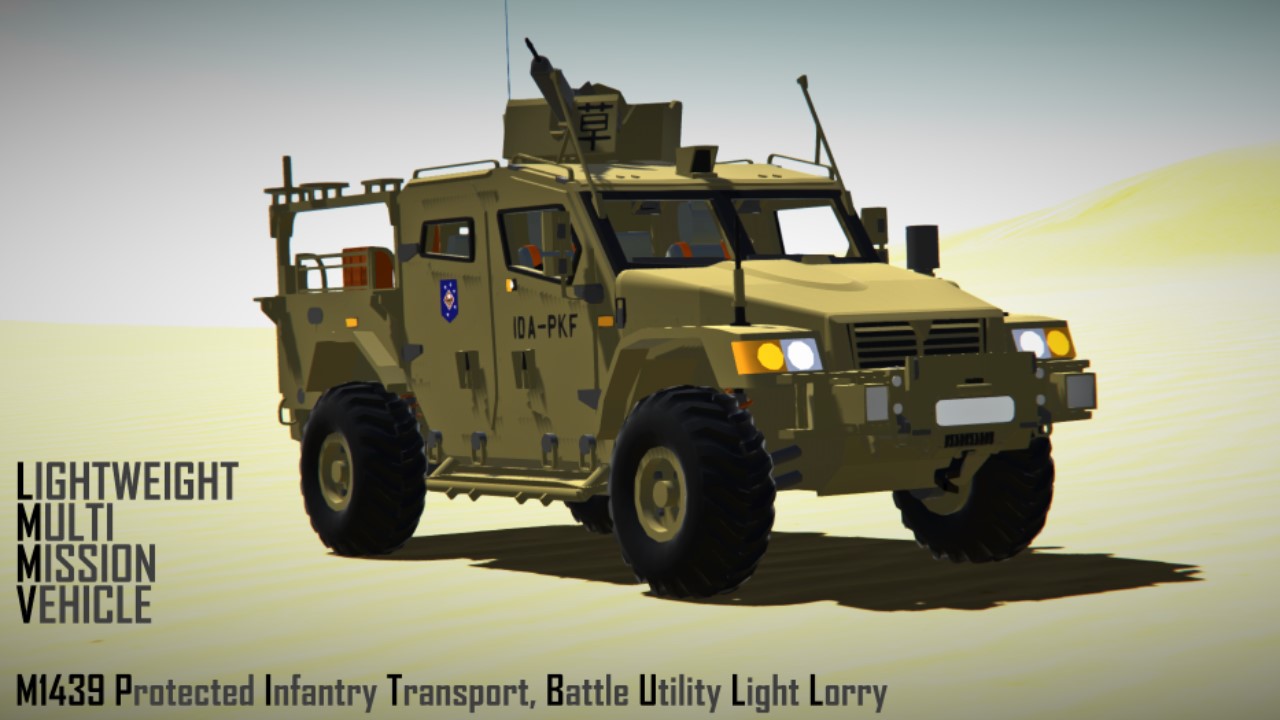 The Allegiant Lightweight Multi Mission Vehicle is a Mine Resistant Ambush Protected (MRAP) vehicle that is derived from the Bandit/NTDA Malamute IMVS. The LMMV, designated by the Emmerian Army as the M1439 Protected Infantry Transport, Battle Utility Light Lorry, colloquially known as the Pitbull, is intended to replace M1145 Jaguar. It is designed to provide the same levels of protection as the larger and heavier previous MRAPs but with mobility superior to that of the Jaguar’s.

The vehicle during Operation Rapid Thunder in Iraq, May 2013.

This vehicle is extensively modified for special operations, as regular infantry units wouldn’t have as much equipment as this vehicle has in its current configuration. It is fitted with an AN/VLQ-21 Counter-RCIED system, an AN/VLQ-30B commo jammer, and an AN/VSQ-44 Command Unit Management System. It is armed with an M312 12.7x99mm heavy machine gun on an M3 MG mount. Additional equipment includes an MBT LAW rocket launcher, a Barrett M82A1, and ISR equipment as well as provisions.

The Pitbull seats four people with an available fully-enclosed metal cabin. The body is constructed from lightweight and rust-resistant aluminum, instead of conventional steel. It has all-wheel drive with an independent suspension and helical gear-reduction hubs. The body is mounted on a narrow steel frame with boxed rails and five cross members for rigidity.

The vehicle is based on the Oshkosh TAK-4 double-wishbone independent suspension. It has a 7.2l Caterpillar C7 inline-6 that produces 300 hp and 925 lbs-ft of torque. It is capable of travelling at 112 km/h (70 mph, electronically limited) at a range of 643 km (400 miles). The Pitbull’s driving system is computerized, effectively making it an idiot-proof vehicle- or rather, private-proof, since the Army doesn’t want 19-year old Privates driving at 70 mph on highways.

Pitbulls are well suited for airmobile operations as they are transportable by C-130 or larger combat transports, droppable by parachute, and can be sling-loaded from helicopters. In combat conditions, the Pitbull can be delivered by the Low Altitude Parachute Extraction System which pulls the vehicle out of the open rear ramp just above the ground without the aircraft having to land.

Credits:
SPMC, SBC, friends for testing and general feedback.
EternalDarkness, for his speedometer and hula-girl.
Exosuit because lol pekora
NirvashTec for his XM312.
Pilotmario for the name.

Oh, and that's Pekora in the back after getting kidnapped. Stupid Usagi. 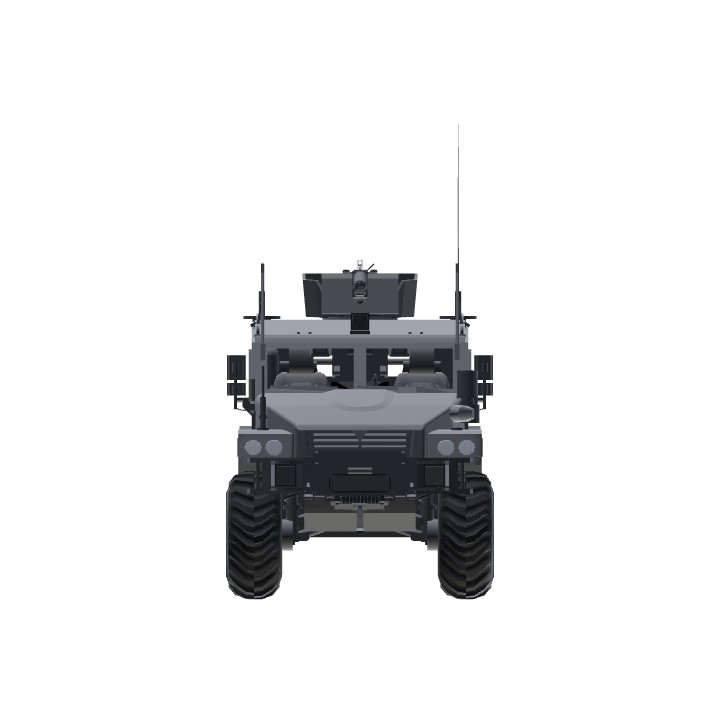