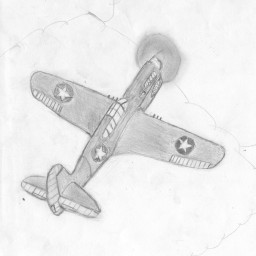 ALOHA FROM HAWAII. YES, WE HAVE INTERNET. WE HAVE ELECTRICITY. WE HAVE McDONALDS. WE HAVE ACTUAL SPAM MEAT. IN FACT, WE INVENTED WI-FI.

I'm Pilotmario, an active participant and proud Platinum rank builder who got the rank with brute force, ignorance, and spam. Well, not really.

I build planes, tanks, small arms models, and a variety of support vehicles that hardly anyone has heard of. Because EVERYBODY loves building fancy main battle tanks without ANY consideration on how to drag the 70 ton chunk of metal when it gets shot at one too many times.

My builds are rather average, but often come with a great story. They serve as the means which to convey this story, with relatable characters, often based on real events.

They are almost always related to some sort of roleplay, and will usually be attached to the fictional Paternian Republic, a prosperous, social democratic paradise that somehow manages to bring prop planes and shovels into a battlefield with plasma rifles and railguns and win.

Enjoy my planes, tanks, trucks, guns, and a few ships. Or don't. Choice is yours.

All builds and components thereof, unless originally from other builders, can be copied without requiring my authorization or permission, although such is desired.