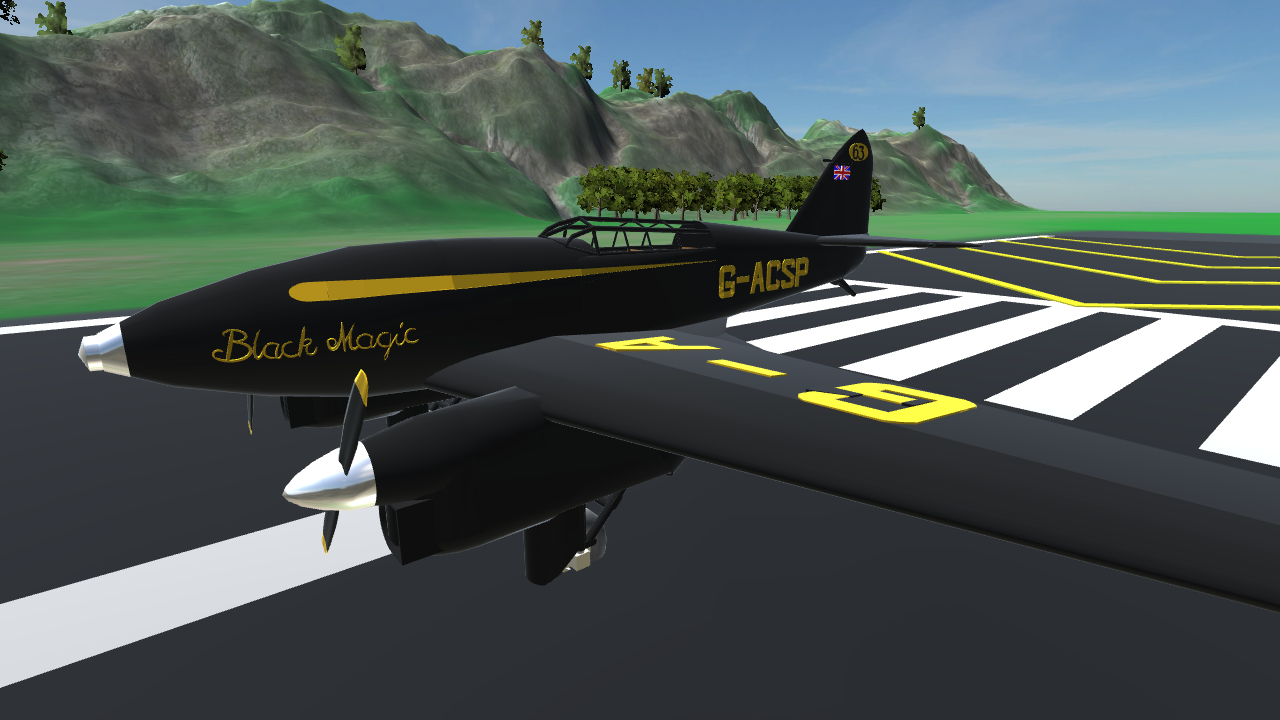 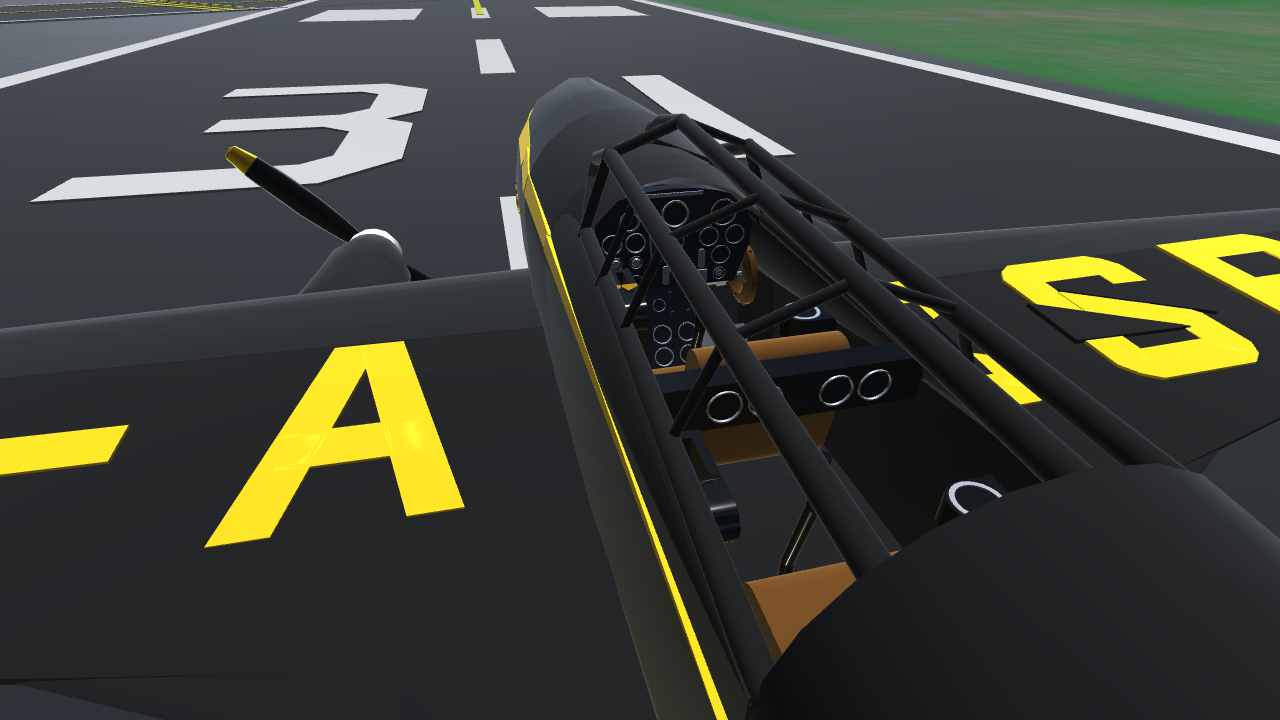 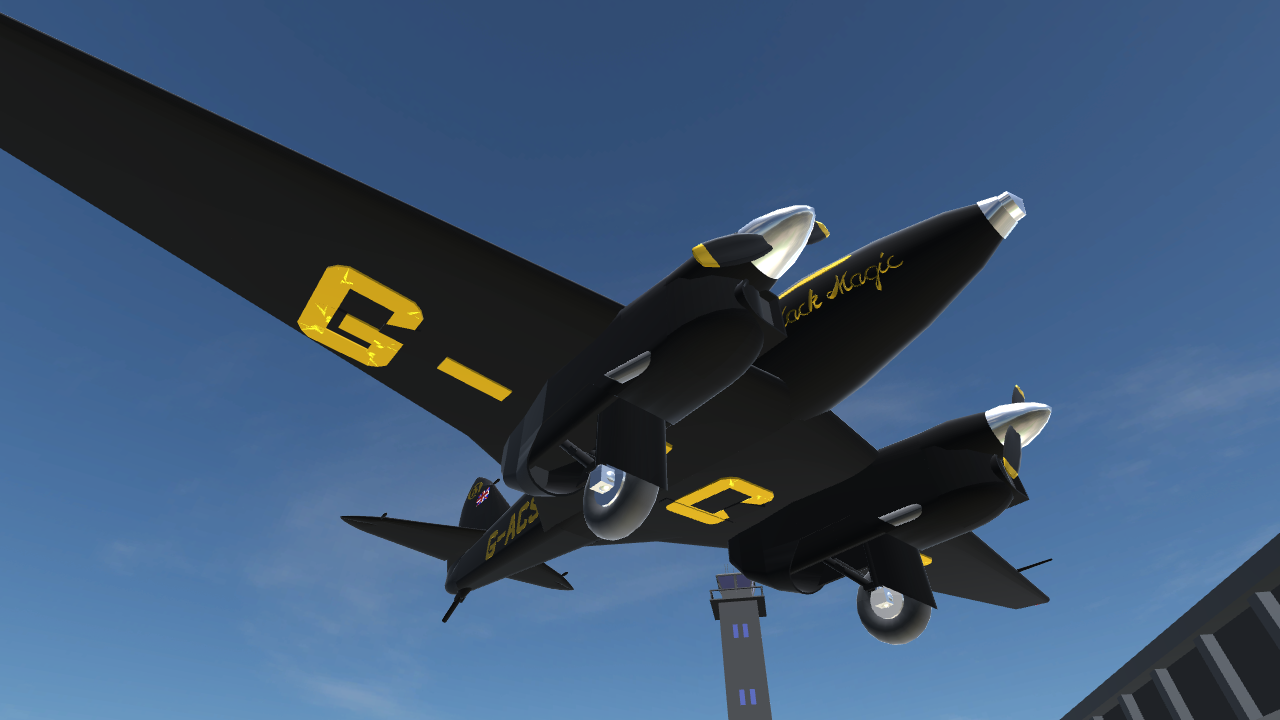 CHAPTER 3 OF THE GOLDEN AGE OF FLIGHT SERIES Cruise speed: At 75% throttle the plane will accelerate to ~220mph and slowly climb to 4200 feet before leveling itself off

Landing: Use 20% throttle and full flaps. Landing gear is soft, so use a shallow glide path and keep the nose level for touchdown The DH.88 was designed and built from the ground up for a single purpose: to win the 1934 air race from England to Australia. Powered by two inline 6 cylinder engines, the Comet had a respectable top speed of 237mph but what set her apart from the pack was her range. The Dh.88 could fly almost 3,000 miles without refueling, 3 times her nearest competitor. This astounding range and performance were mainly due to chief engineer Arthur Hagg's sleek, efficient cantilever monplane design that called for most of the plane to be constructed of wood. It was this experience that lead to de Havillands next big breakthrough: the legendary DH.98 Mosquito.

Three Comets entered the 1934 MacRobertson Air Race. This model is the early favorite, "Black Magic." Sadly, she dropped out of the race after a series of unfortunate events over the Middle East. But both of her sister ships finished and the scarlet Grosvenor House took home the trophy for England. I present this plane as the third chapter in my Golden Age of Flight series about aviation between the world wars. Please check out the other chapters below. 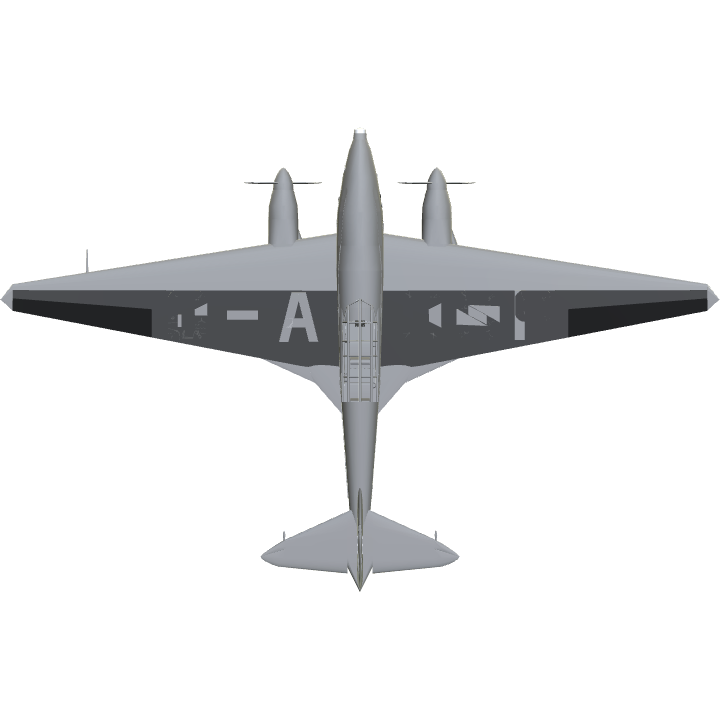 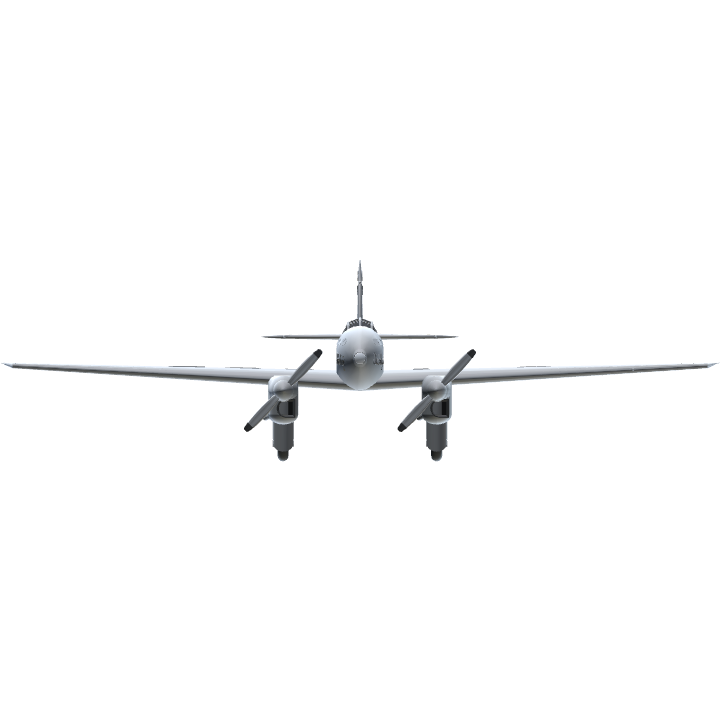