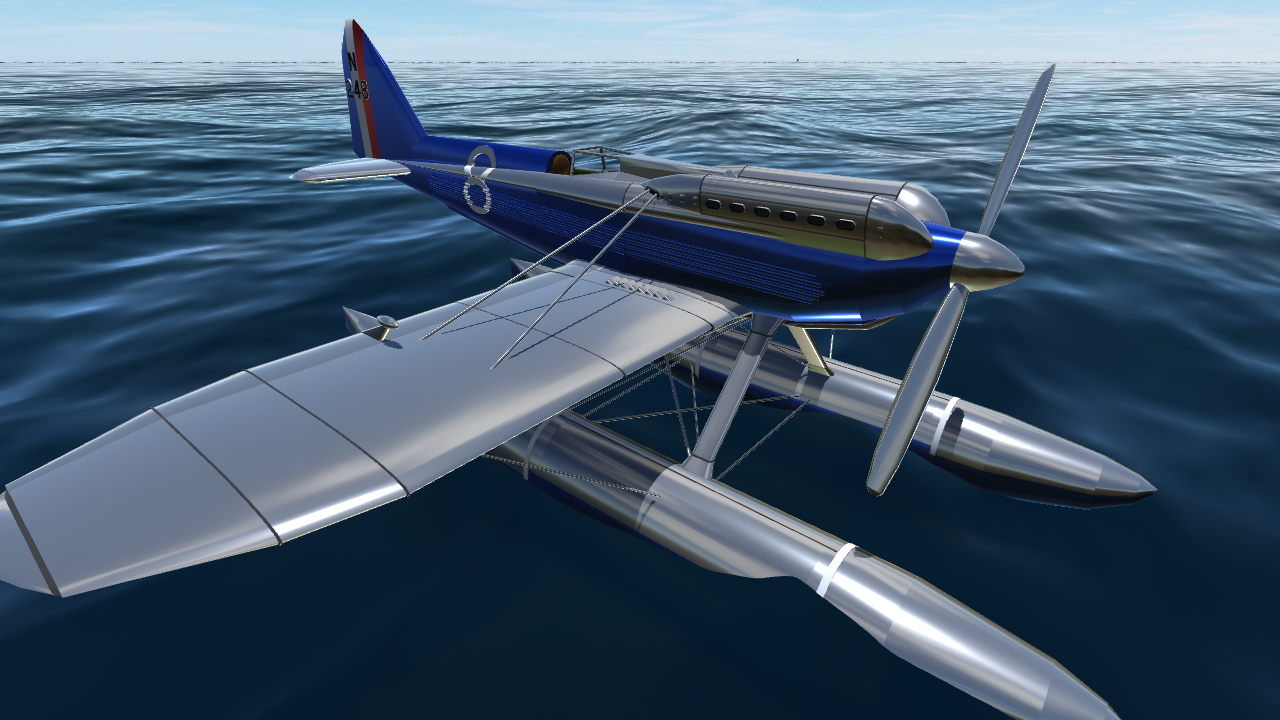 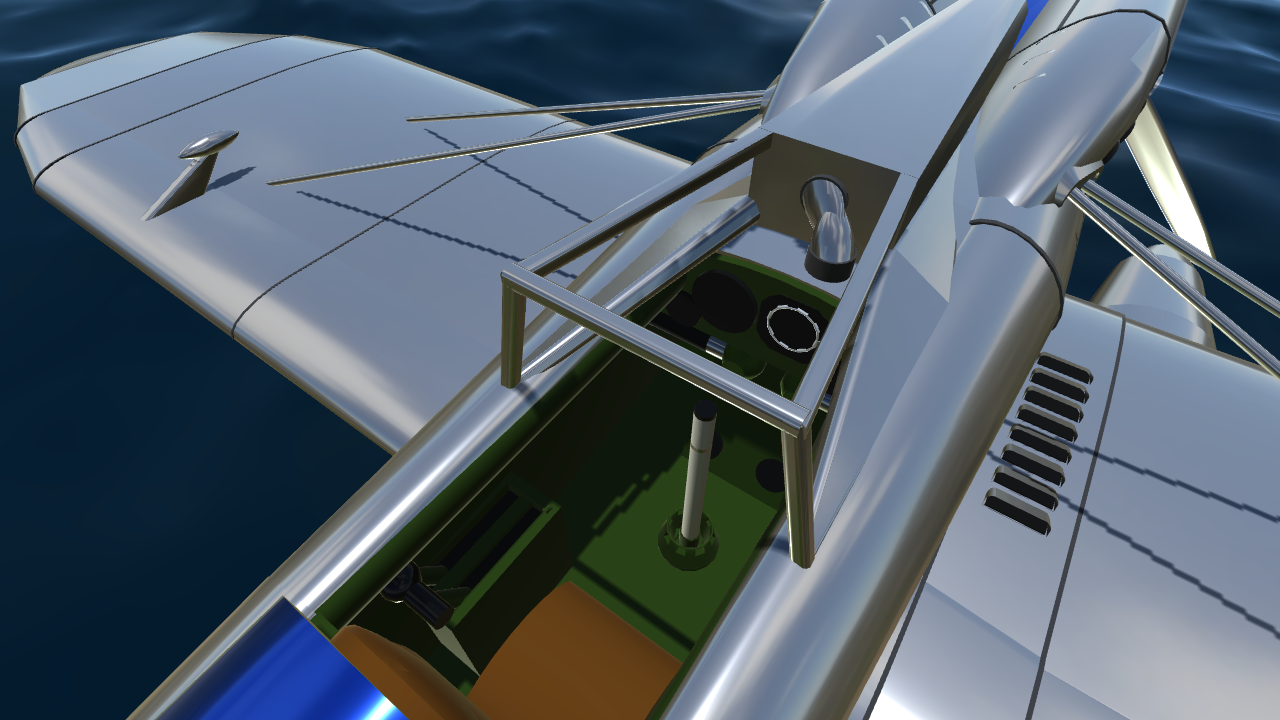 -When on water, prevent flipping by using full UP elevater at speeds above 50mph or 30% throttle

-Landing use 5% throttle, do not touch the surface until speed is BELOW 100mph, maintain FULL UP elevator until speed falls below 50mph

Purpose built for maximum speed below 3000 feet over a 150 mile triangular race course . Stall speed ~90mph. Handling is sluggish below 200mph and distinctly nose-heavy below 300mph. Oversized ailerons give strong roll response at race speeds. At 75% throttle, she will top out and fly level with a gentle climb around 310mph (altitude dependant). Maximum speed is ~358mph with distinct nosing up.
The aircraft wasn't designed to fly at high altitude, so performance above 3000 feet will deviate from history. 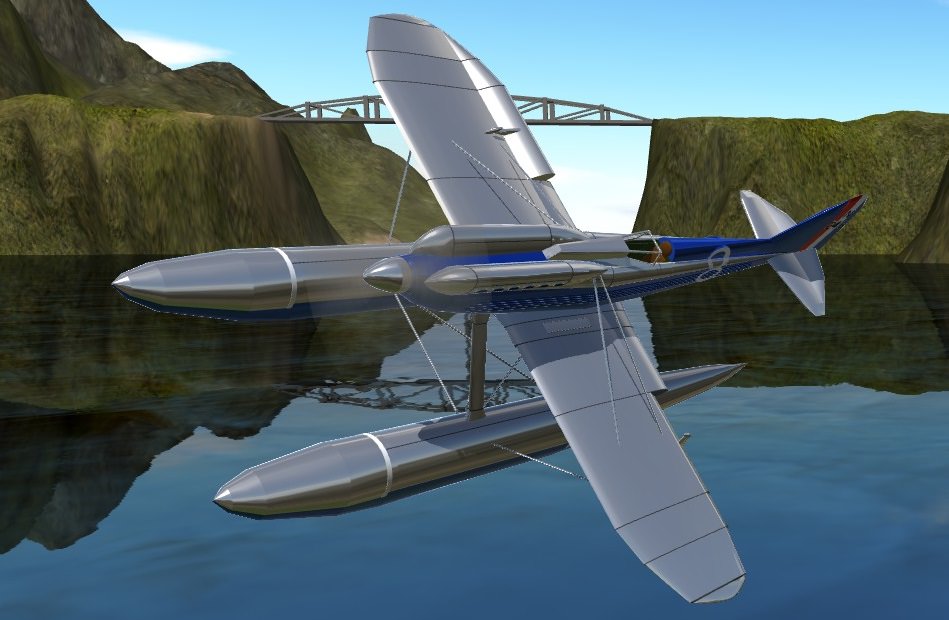 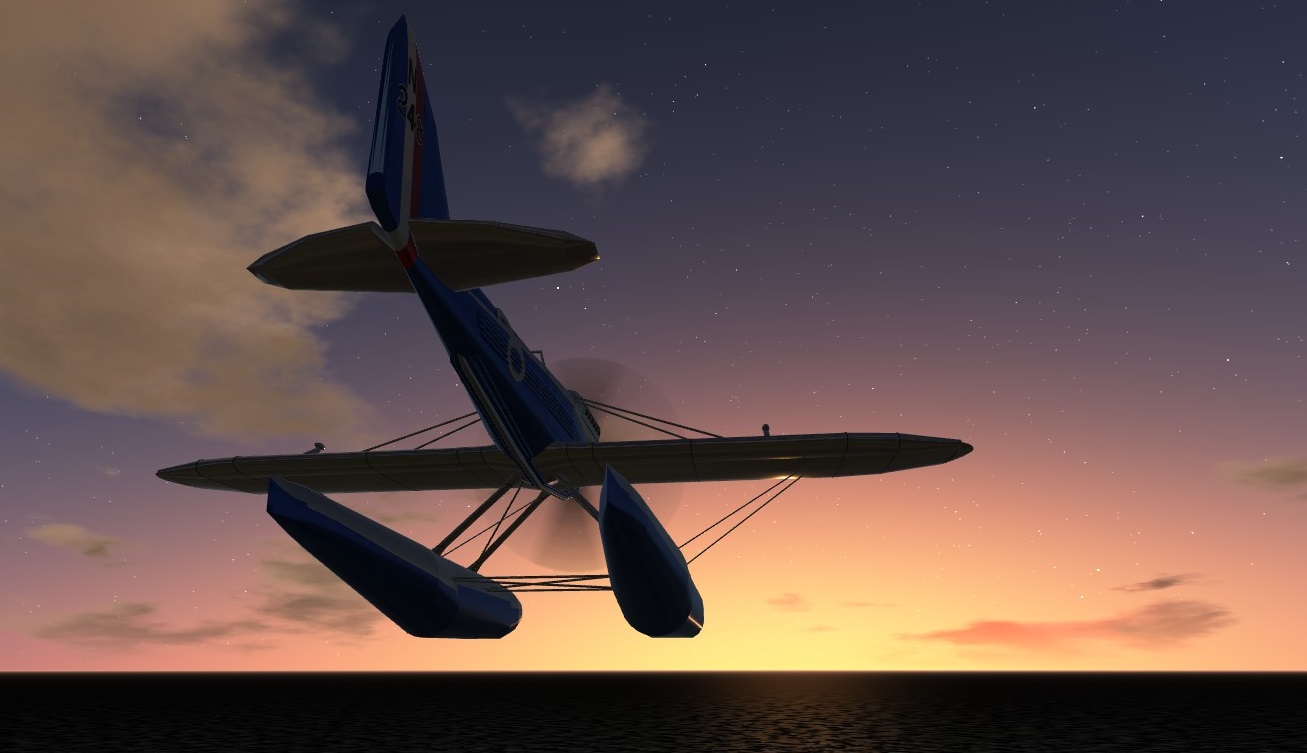 Champion of the 1929 Schneider Trophy Air Race, the S6 would set a world speed record of 357mph later that year. But this was not the first Supermarine to become a world champion, nor would it be the last. What sets the S6 apart from all the other gorgeous and innovative planes of the Schneider Trophy era was its legacy. This plane marks the first partnership between RJ Mitchell, the man who would design the Supermarine Spitfire and Sir Henry Royce, the man who would begin work on the legendary Rolls-Royce Merlin engine.

The story of any great airplane is really the story of a great aircraft engine. Mitchell had already won big with the venerable Napier Lion W-12 in his Supermarine S.5, but he knew the engine was at the end of its development life. Smaller W12 engines were popular for their lightness, but they couldn't be enlarged without seriously compromising aerodynamics, and Mitchell needed a bigger engine. At the same time, Rolls-Royce was getting nowhere with their massive V-12 Buzzard engine and the board of directors would have preferred to focus on more lucrative projects. But Henry Royce prevailed over the naysayers within his company and presented Mitchell with a revised design of the Buzzard that used forced induction. The result was their mediocre 800hp engine had been transformed into a 1,900 horsepower supercharged monster.

This experience convinced Royce that the supercharged V12 was the way of the future and he had the company set to work designing a new engine from the ground up to be as powerful as the Buzzard-R but massively more reliable. The British Air Ministry wasn't interested, and Rolls-Royce had to develop the whole thing out of their own pocket. Royce called it the PV-12 (standing for Private Venture, 12-cylinder) but he did not live to see it reach production. That engine became known as the Rolls-Royce Merlin. 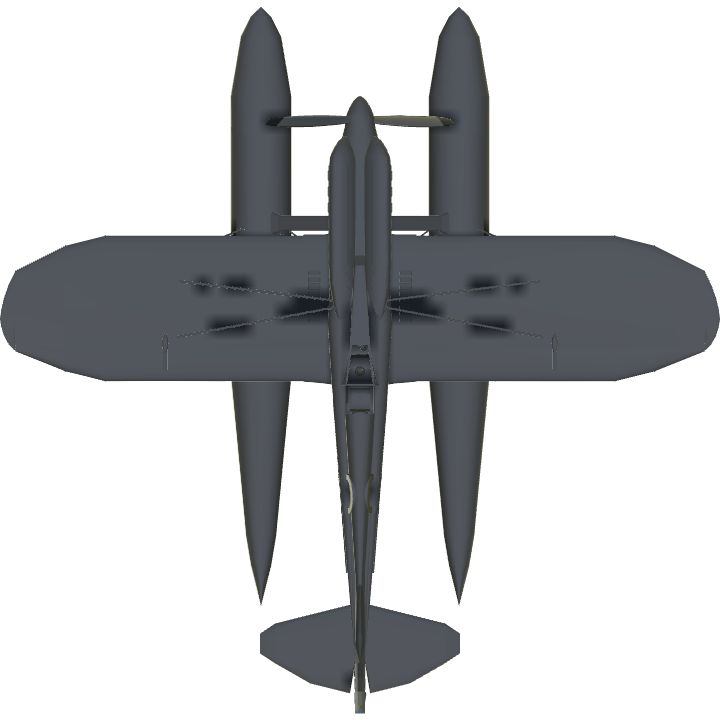 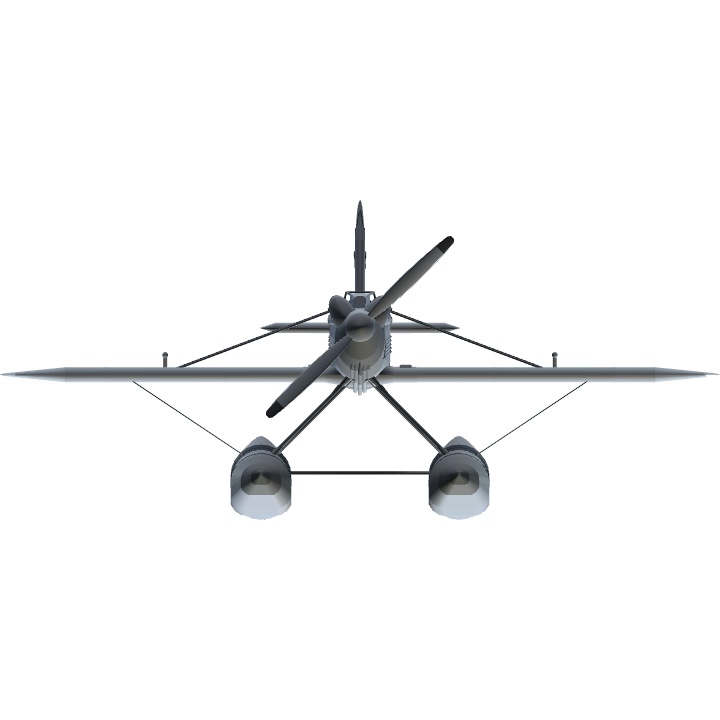