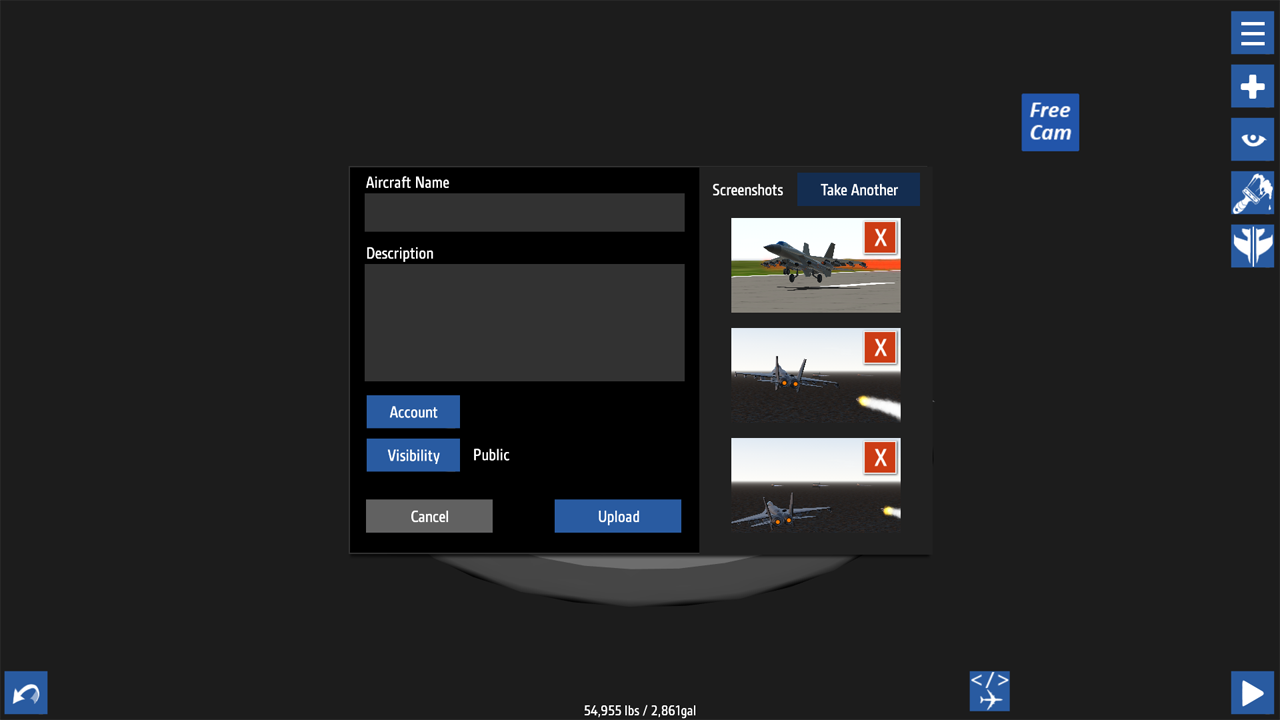 Updated to work with SP1.9

screenshots is now limited to 1600*900, and compressed before uploading

When playing in map, Press F12 to take screenshots (compatible with FreeCam mod).
After you opened share aircraft dialog, the last 3 screenshots will be automatically added for you to choose from.

Use 3-finger tap to take a picture.
Three finger tap, means touching the screen with three fingers and then move all fingers away in a short time. The mod starts a timer after 3 touch points were detected, if all 3 touches are released in 0.2 second, it starts taking a screenshot.

In order to keep a balance, you can takein-game pictures only for uploading.