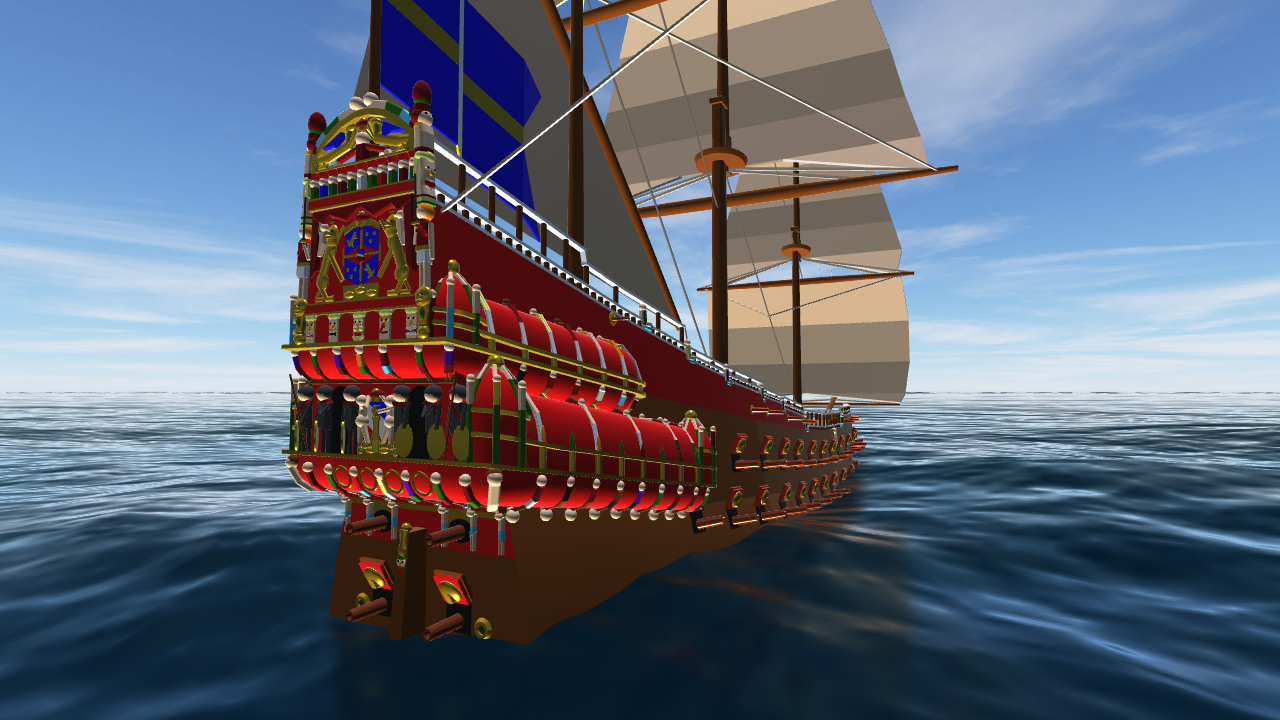 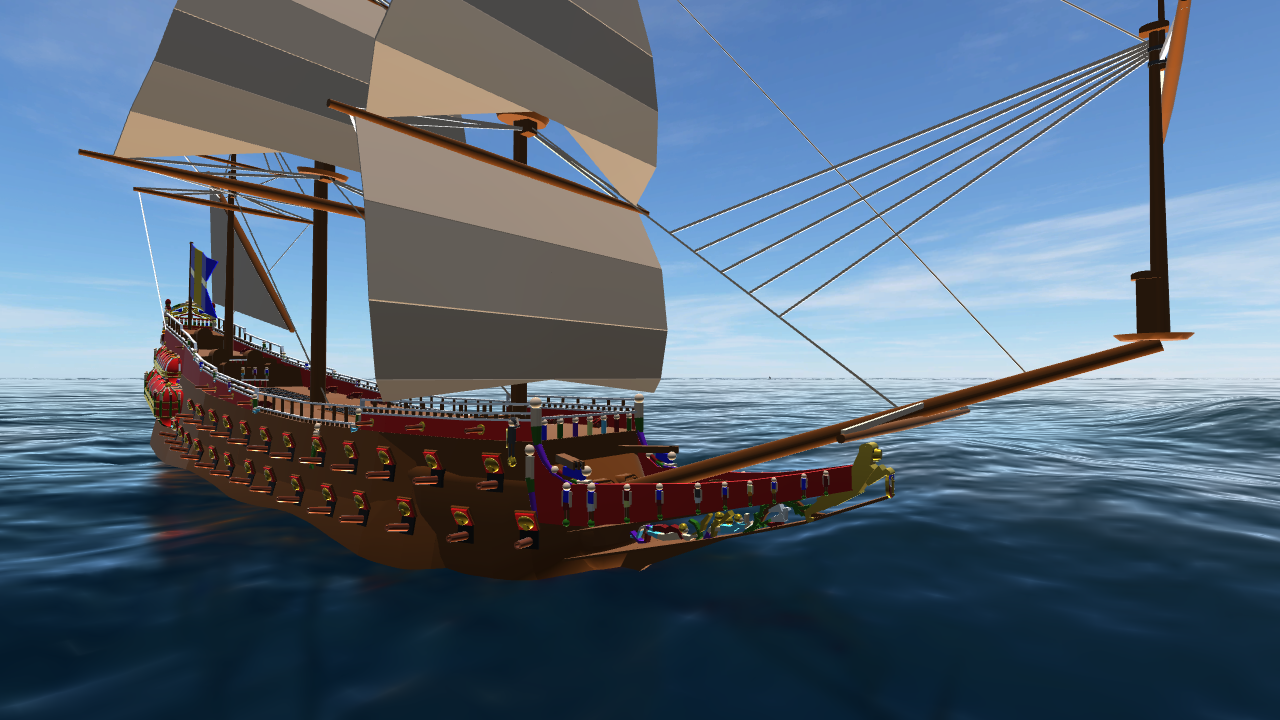 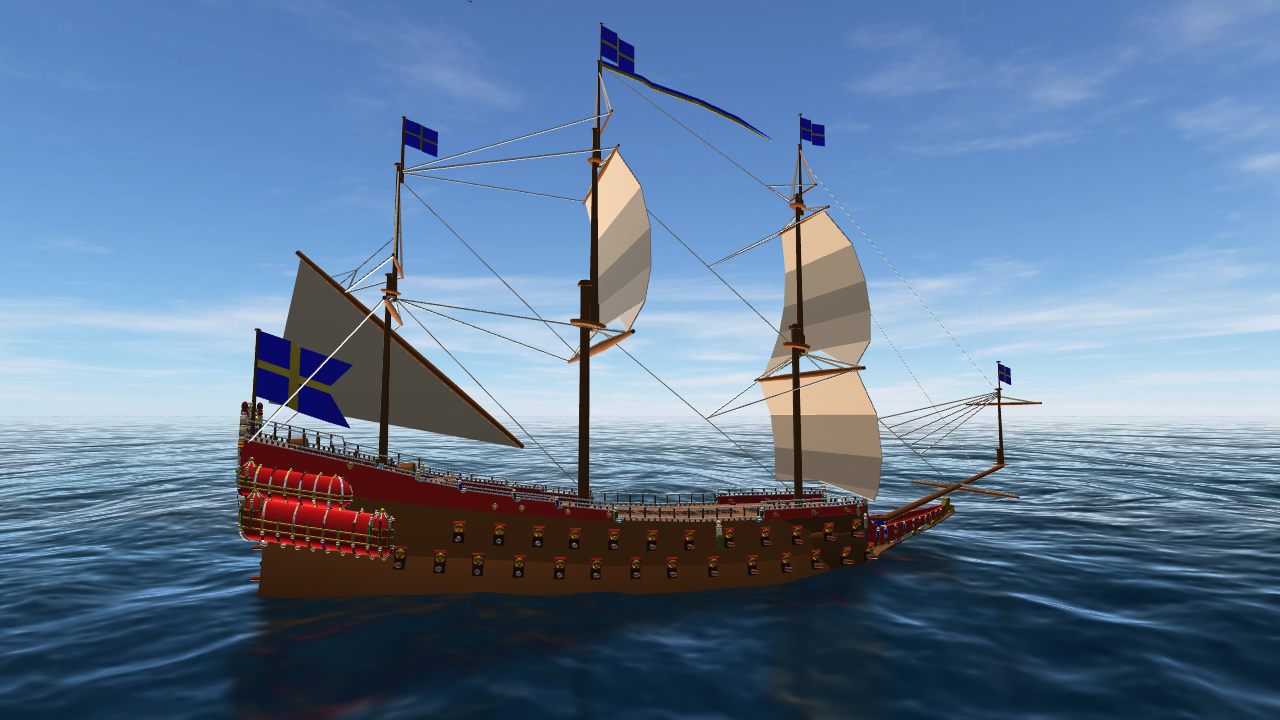 It is the 10th of August 1628. All the townfolk of Stockholm have gathered for a spectacular event. The Vasa, the new regal ship of the Swedish Kingdom lies tied at the Kronor Palace where it has taken it's armament, exceeding that of any ship of it's age, threatening Poland with it's luxourious decorations and menacing figurines. Then Vasa is cast off and begins to set sail, main topsail first, then fore course and mizzen. She heels to portside. As the ship drifts through the current from lake Mälaren, Vasas sails take wind and she answers the helm. The fore topsail is set but as the ship passes Tegelviken, a gust, channeled by the cliffs, heels the ship. The captain cries "Cast off the sheets! Helm to leeward!", but it is too late. All gunports are open and so water begins to flow into the lower gundeck. Panic starts to rise as men desperately try to close the gunports or flee the ship. It is futile. Within minutes the ship sinks as more and more cannonhatches take in water and only the mast tops reach out of the water where the pride of the Swedish navy lies 18 fathoms deep. Fifty people - Sailors and passengers- lost their lives that day and lay down with the ship for 333 years to come.

So what can I say about this replica that you can't see? It has 3.1k parts yet still runs smoothly on my pc. ...until I sink it. as soon as the stern goes under water the game almost crashes. I used every source i could find, took measurements from my modelkit and a long complicated book and used basically every trick in the game to make it work. It took six full days to build. It also has approx. 250+ human figurines and another ~55+ lion and griffon statues.
Roll to steer (though you have to stay before the wind), space for simulator mode 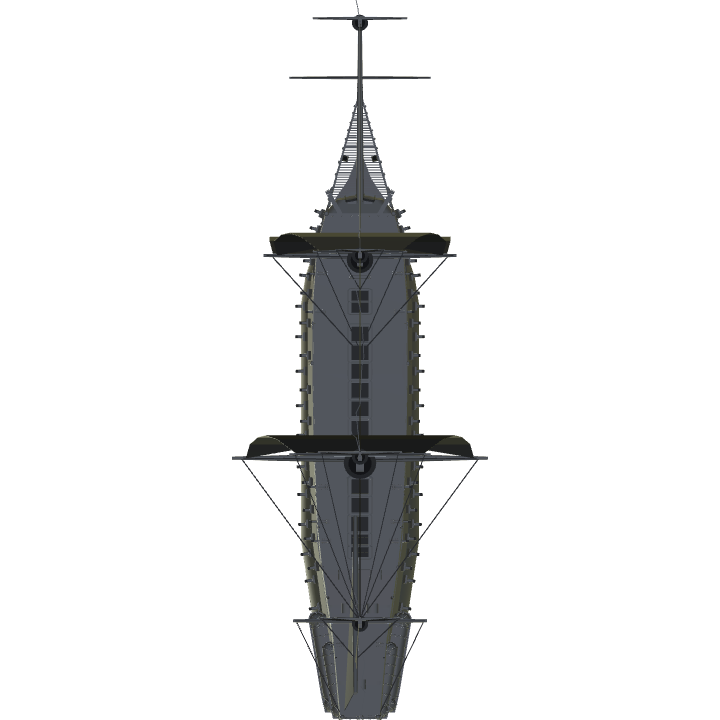 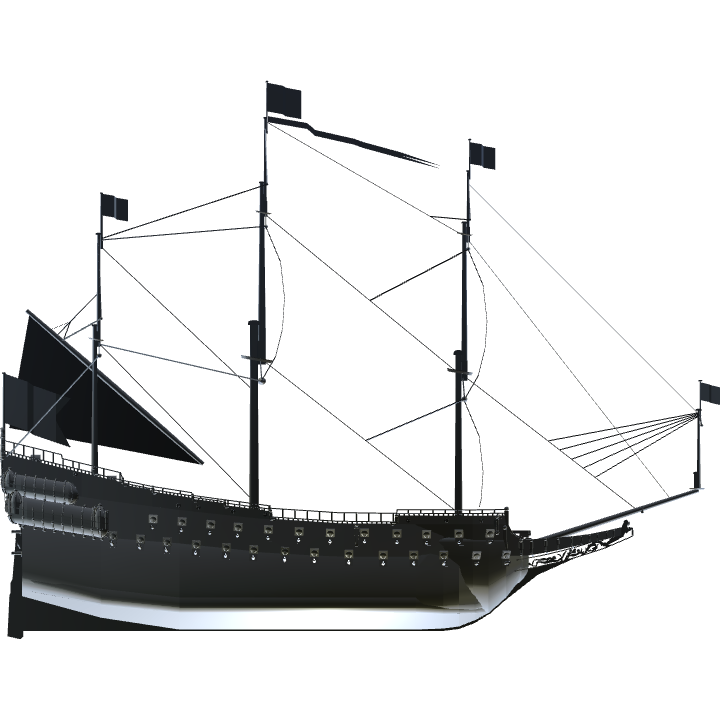 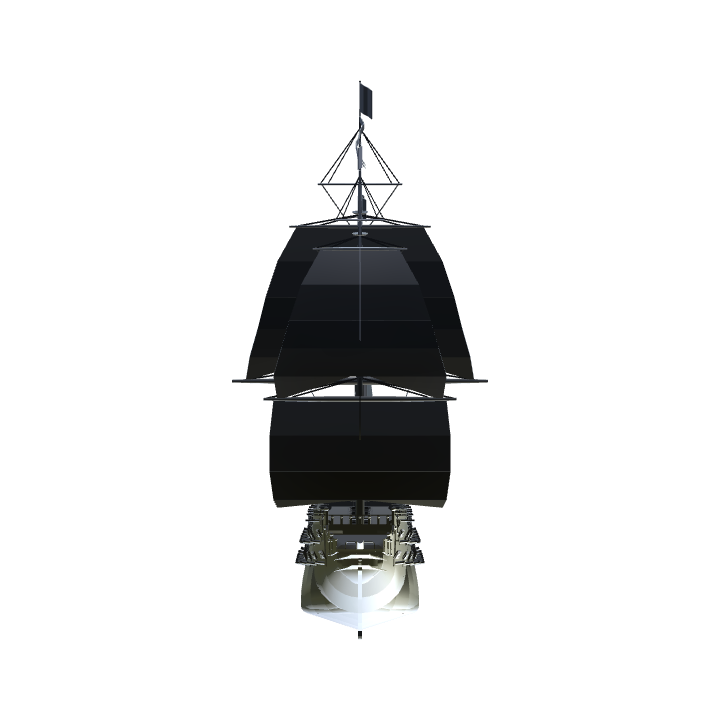