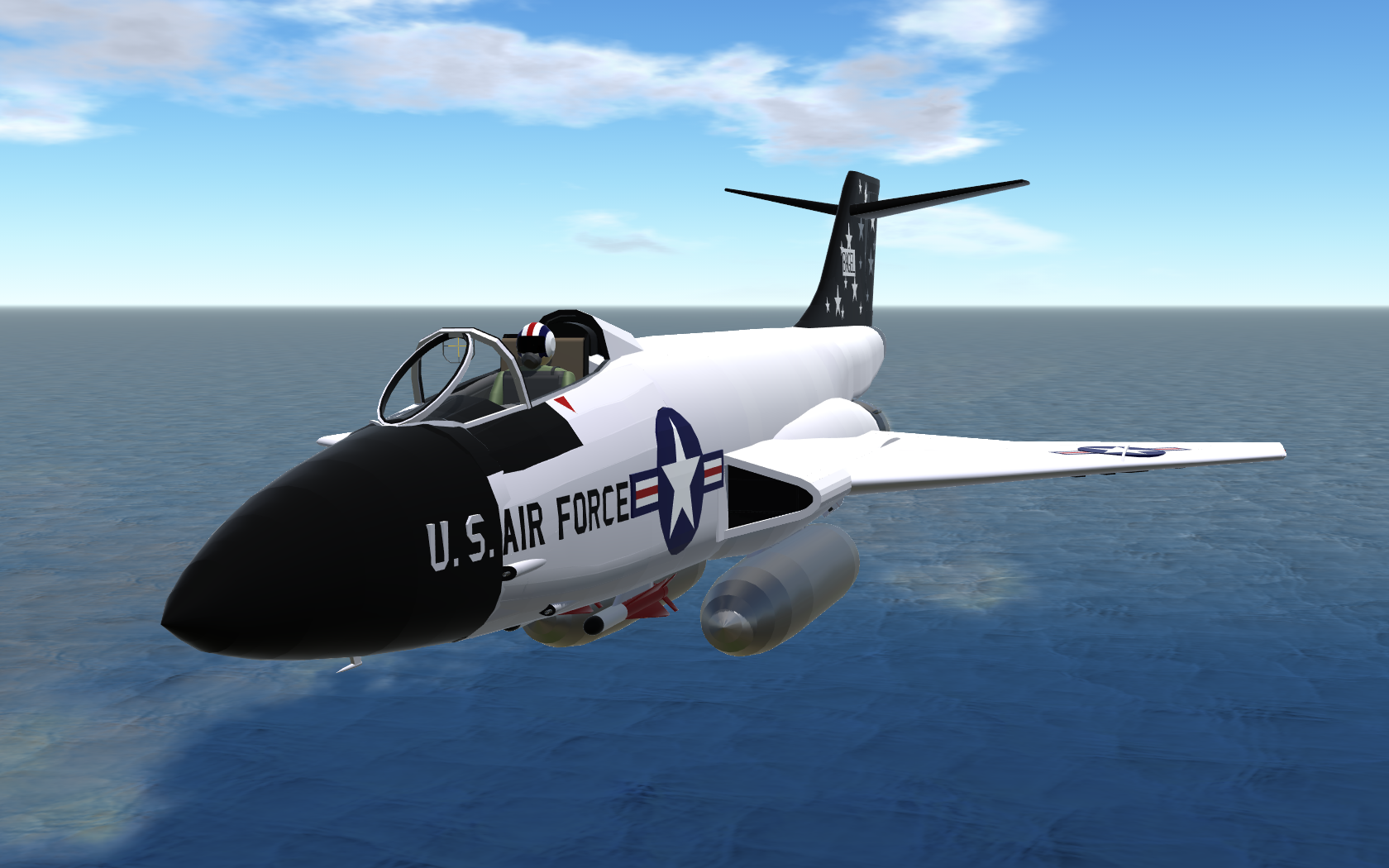 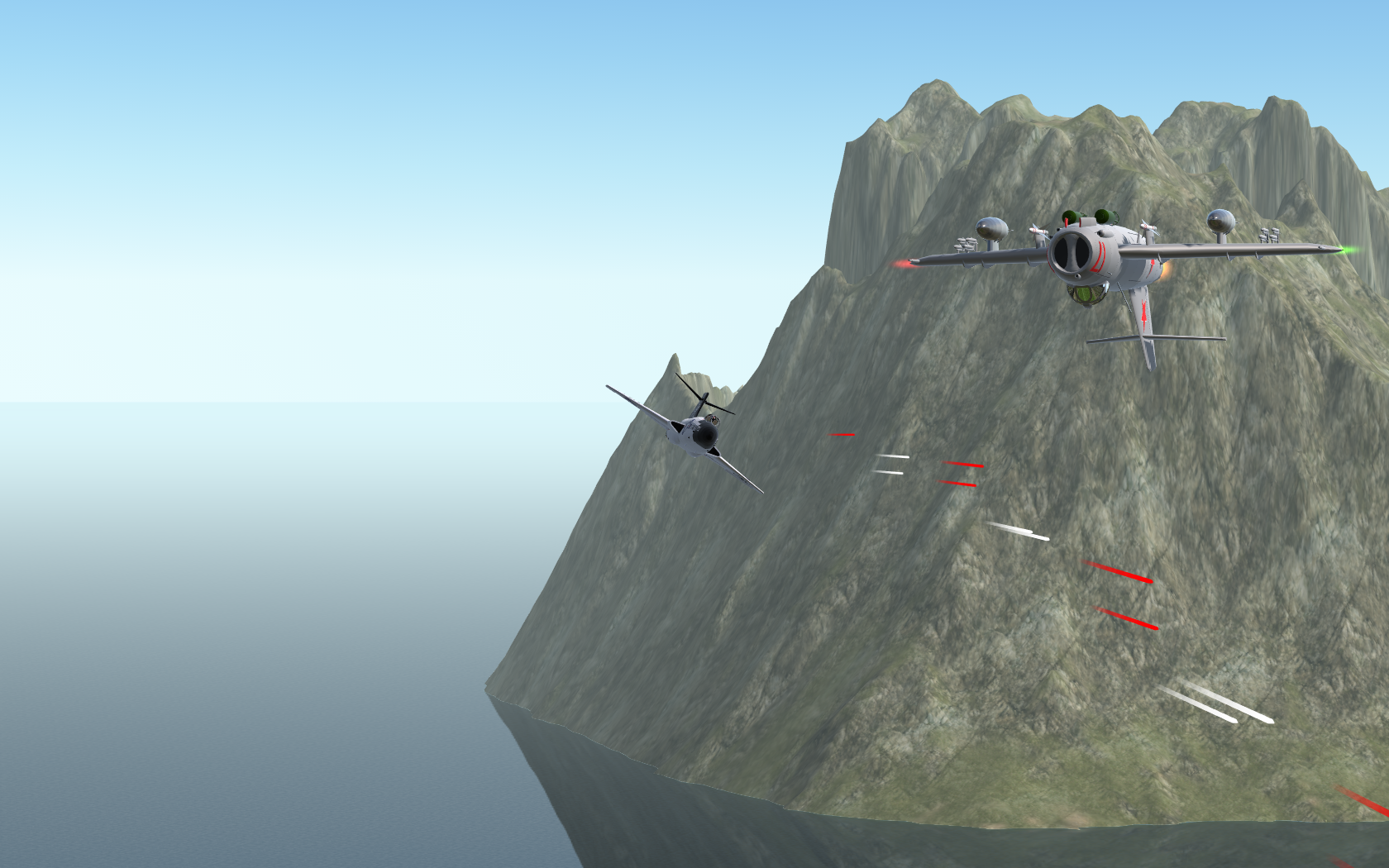 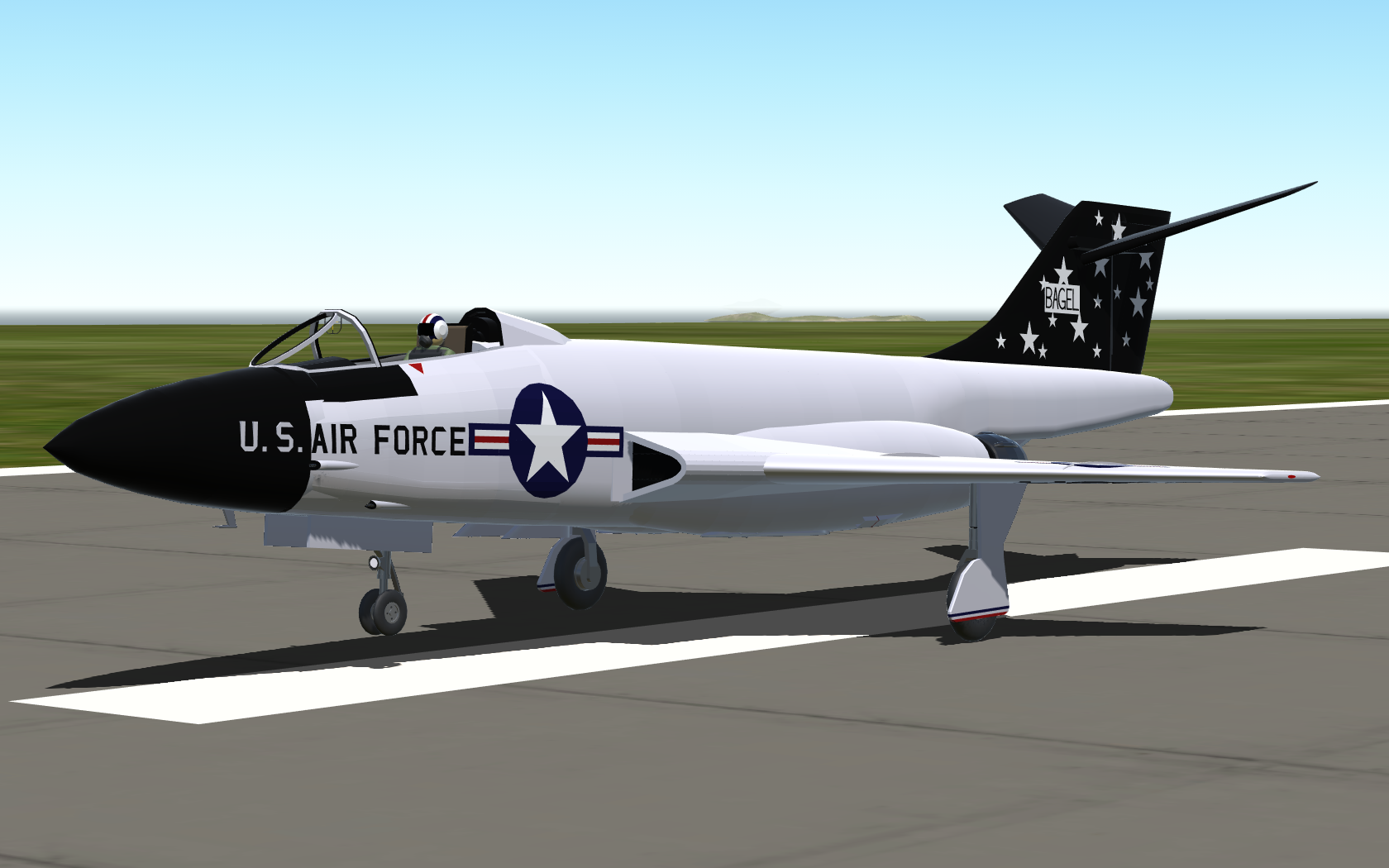 Mobile Version is out! Click link at the bottom

After searching the site, I saw that there weren't many Voodoos around. So I built you all this 1:1 scale monster of a plane. It features custom landing gear, lots of cool USAF markings, a full cockpit, air brakes, an ejection seat, custom missiles, and a stall system to keep it as realistic as I can make it.

The Voodoo was built from the XF-88, originally designed as an all-weather fighter and bomber escorts. The F-101 eventually became fitted to several other roles with variants of it being produced. The A model was the fighter/bomber Mk. 7 tactical nuke delivery system, and the B model the all-weather fighter/ interceptor. The C variant updated and improved the A model's airframe, and the RF Voodoos were extensively used in their reconnaissance roles.

I designed this Voodoo to be as realistic as possible. Its 1:1 size carries an accurate amount of fuel and has a stall system to replicate its less than 1.0 thrust to weight ratio. But it is a little overweight. The AIM-4 missiles have been modded for accurate speed and targeting distance too.

AG1- Eject! (Read the section on this down below!)
AG2- Afterburners
AG3- Air Brakes (Use Them!)
AG4- Drop Tanks (27% of total fuel is in them)
AG5- Drop missiles (Don't do it on the ground)
AG6- Open/Raise Refuel Probe (Add Refuel Mod For it to really work)
AG7- Open for Customization
AG8- Open for Customization

The cockpit is the only part of the plane I took liberty on. It doesn't match the real thing, but it looks cool. It features a moving throttle lever, joystick, trim wheel and fire guns button. The gun sights glow for night missions. Lights light up when AG's are pressed. The landing gear has its own lights too. Next to the artificial horizon, one light is always on. If the bottom light is on, the gear is down. If the top light is on, the gear is up. Basic and easy to remember.

Believe it or not, there is a proper way to eject out of this plane. Unless you want to kill the pilot, I recommend you read this.

1. Find Proper Altitude Find an area that is higher than 1000 feet.
2. Level out Keep the plane nice and level, heading straight, not doing barrel rolls.
3. Reduce Speed Try to reduce speed to around 400mph or less. It helps.
4. Eject! Press AG1 and Eject. My seat system does the rest. Just don't press AG1 again until he has landed on the ground or in the water. Don't worry, he swims.

For those of you who look at the specs, you'll notice that this plane has a 2.9 thrust-to-weight ratio. Not realistic. So using good 'ol Funky Trees I cooked up a simple solution. Inside the plane is a backwards engine. It only burns 1% of its l fuel intake, but is 30 times more powerful. Using the input PitchAngle>=60, it activates when the plane is pitched up at 60 or more degrees, creates reverse thrust and makes the plane stall out. Pretty cool huh?

Thanks to CRJ900Pilot for building the cool Mig-17 featured in picture two.

Thanks to Hyattorama for the simple artificial horizon that I used in the cockpit. I was too lazy to figure out how to build my own.

And thanks to everyone on all the support on the teaser! I really didn't know if anyone would notice it.

Here's a gallery of images I took of the plane. Flying by a destroyer If anyone has questions, bugs with the plane, or complaints, thrown them in the comments below. I want to hear! Thank you to all who have made it this far! Enjoy the plane! 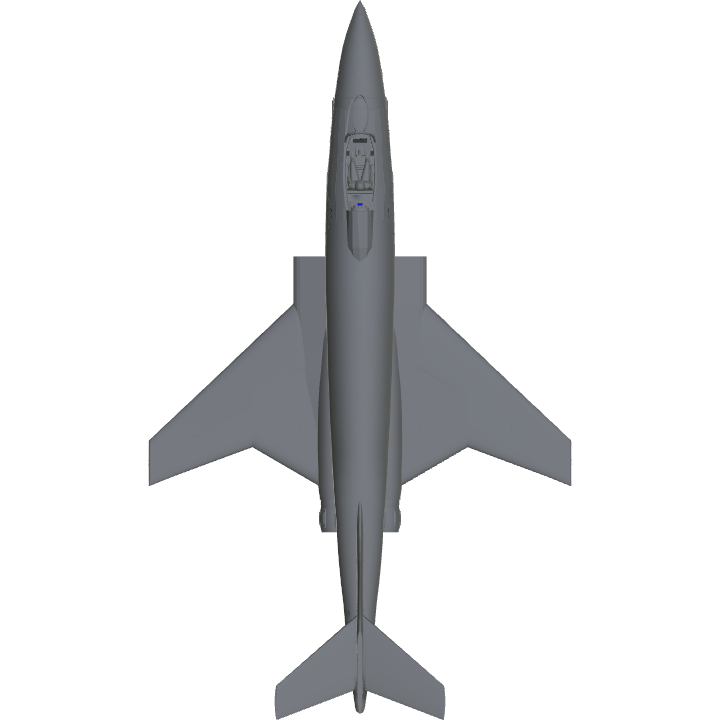 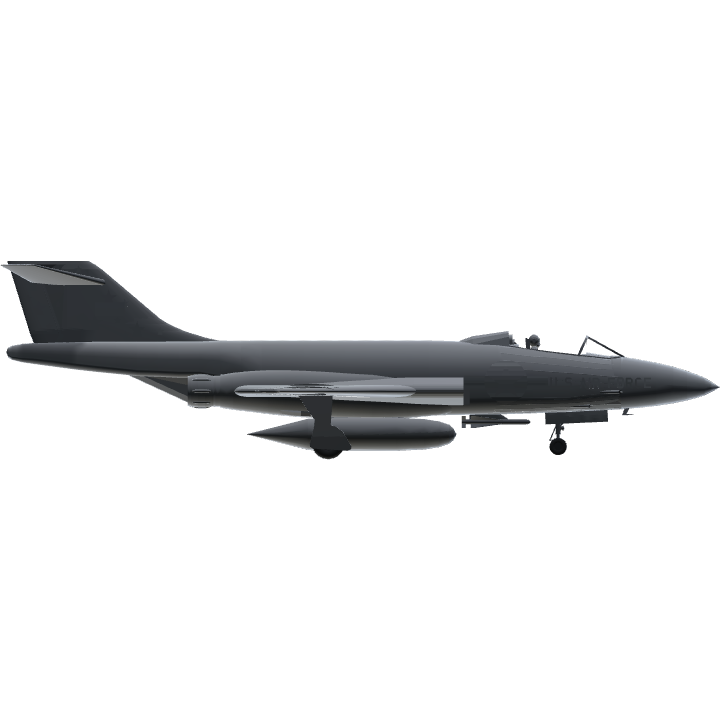