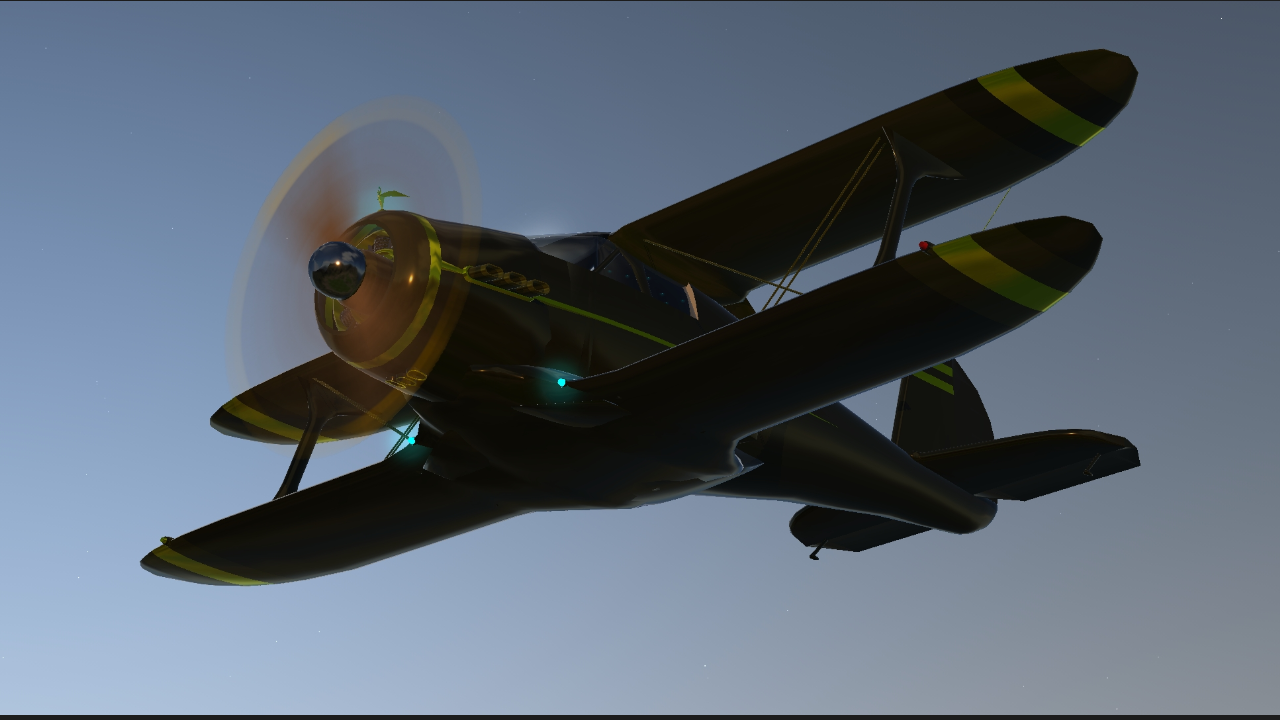 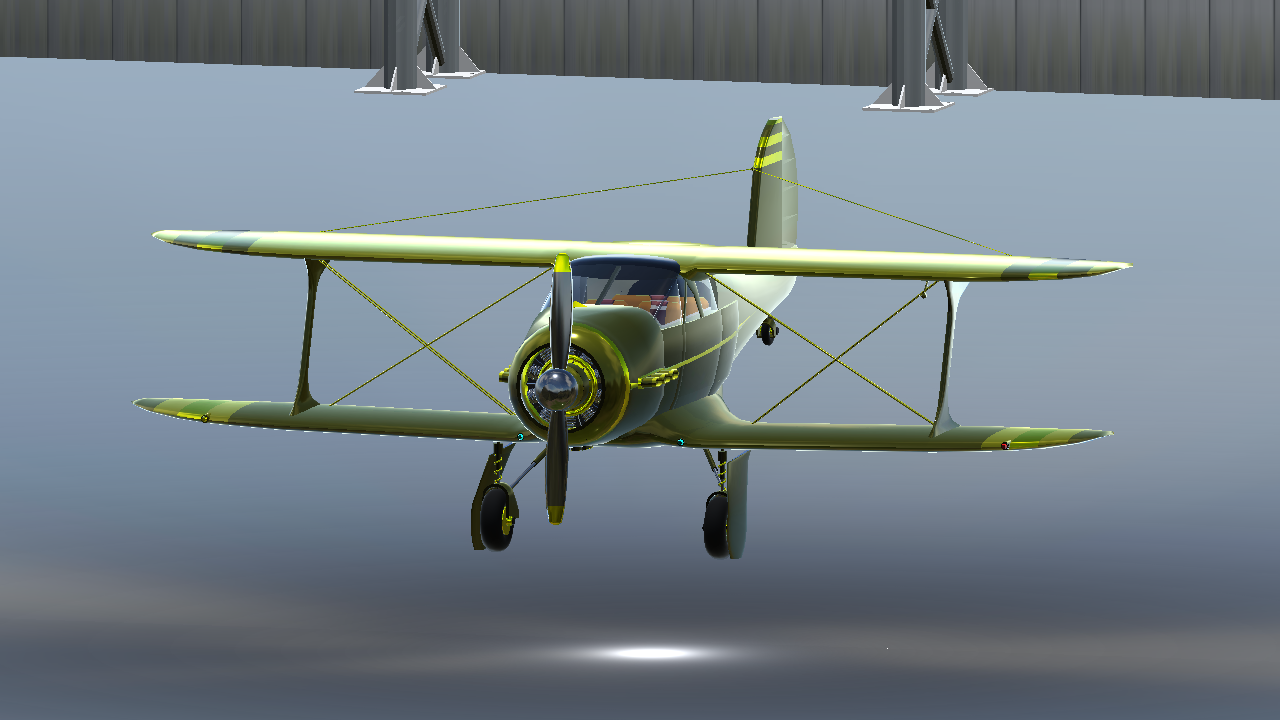 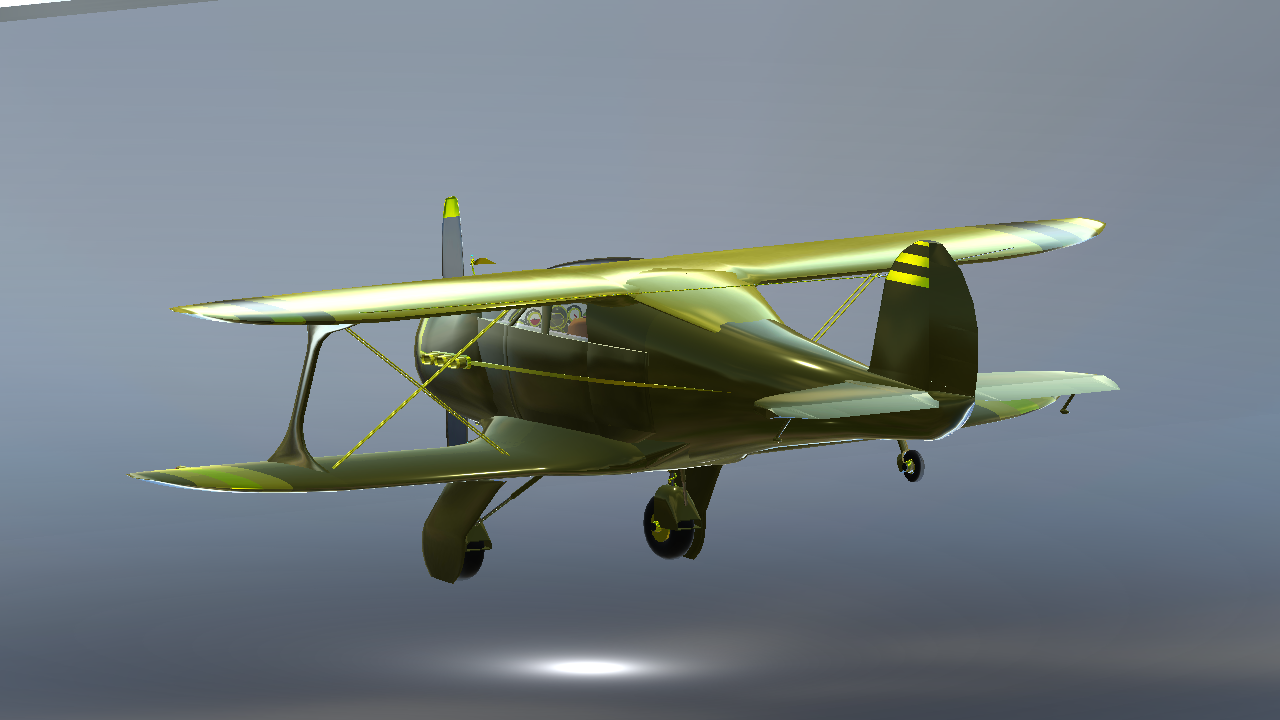 First things first, Thank You So Much for helping me reach Gold

It was five years ago when I discovered Simpleplanes, back on my High School days, I was impressed by the amount of creativity that people could do. Fast forward five years, the night on the 6th of May, I decided to post my first public build which is an X-02S Strike Wyvern from Ace Combat, before that day, the main purpose of my Simpleplanes account was for back up reasons (I have a lot of unlisted builds dating back til April). Never did I thought that I'd reach Gold someday, it was just a goal for me. But now it's a reality, and I thank you all for that.

As a token of Gratitude, I give you this Semi-Custom Golden Staggerwing

Wiki Description:
The Beechcraft Model 17 Staggerwing is an American biplane with an atypical negative wing stagger (the lower wing is farther forward than the upper wing). It first flew in 1932.

At the height of the Great Depression, aircraft executive Walter H. Beech and airplane designer Ted A. Wells joined forces to collaborate on a project to produce a large, powerful, and fast cabin biplane built specifically for the business executive. The Beechcraft Model 17, popularly known as the "Staggerwing", was first flown on November 4, 1932. During its heyday, it was used as an executive aircraft, much as the private jet is now, and its primary competition were the Waco Custom Cabin and Waco Standard Cabin series of biplanes.

Personal Note: I was impressed by the fact that this plane was built during the Great Depression, Diamonds really are formed within High Pressure.

My take on the plane

There are handful of modifications that I added that were not on the original Beechcraft Staggerwing model, here are those things:

Custom Golden Statue (Inspired by The Spirit of Ecstasy)

Much Simpler Flight Instruments (credits to Creat) & a Custom Yoke

Starlight Cabin Roof (I got a short backstory on this one)

So the positioning of the lights is not just random, I tried to copy the position of the blue stars on this Star Cluster

The aircrafts exterior is inspired by Gold accents on woodworks, you know those treated wooden wardrobes with golden handles, like that. Classic and Elegant

- The Cabin's roof features a Starlight lighting system, it is a system of lights positioned to look and emulate the feeling of looking into the night sky 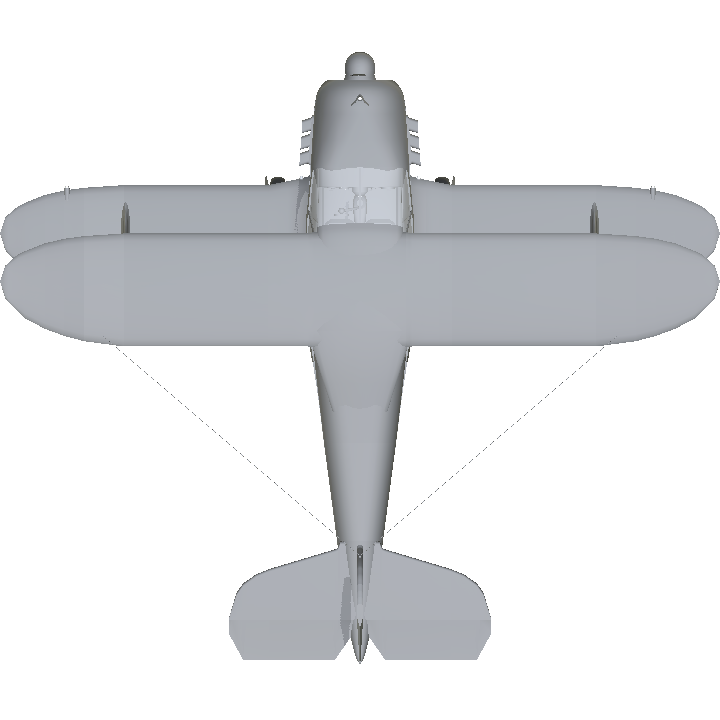 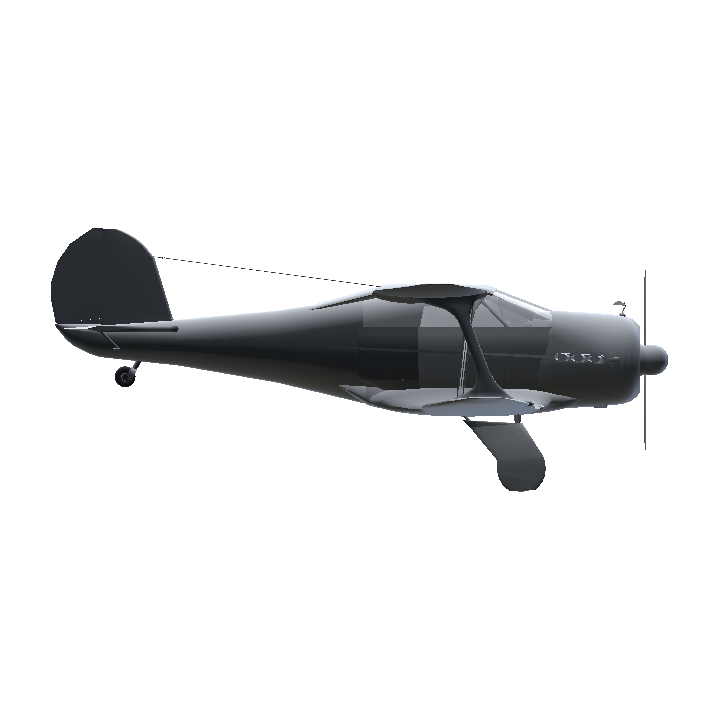