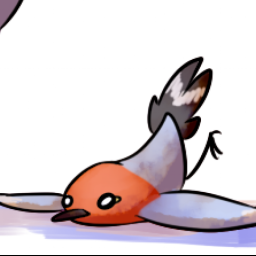 Proud Owner of SP Explained and the SP Economics series

Want to write your own SP Explained post? Read this forum and tag me onto your post so I can add you to the SP Explained Special Guest List.

Welcome to Freddy Frazbear Pizza, a magical place for kids and grown ups alike. Frazbear Entertainment is not responsible for damage or death, but there nothing to really worry about, right?

I am Mangled (Google Mangle for information, not mangled. I have made that mistake too many times), a pull apart attraction at a family friendly pizzeria, possible murder victim, and possessed automaton. You can sometimes catch me hanging around the site, but don't spend too much looking at the screen. You may look up and see an unwanted visitor has entered the office. When Im not terrorizing the new night guard or hanging around pirate cove, I am researching and explaining topics relating to the SP site and community.

I occupationally will upload builds, but I primarily focus on my forum post.

I may have bitten off more than I can chew with the SP Explained series.

I like to pull apart topics and analyze them before making a claim or opinion.

The SP website needs to think with their heads more.

You can say I see things at a different angle

Fun facts about me

-Im a Touhou (Currently trying to beat EOSD on lunatic) and Fnaf fan
-I have spent over a 1 year of my life listening to music
-I play 5 instruments; Piano, Cello, Bass guitar, Alto Saxophone, and Acoustic Guitar.
-I am an active rper as I enjoy writing; been rping and writing for four years now.
-I enjoy researching topics.
-My gender is yes
-May be responsible for the bite of 87

A list of forum series of mine. They Will be

"This man is the business casual of Simple Planes, before the terrible takeover" ~ WiiMini

"There can be economy only where there is efficiency." ~ Benjamin Disraeli

“Give me six hours to chop down a tree and I will spend the first four sharpening the axe.” ~ Abraham Lincoln

"Don't be afraid, it won't be the first time to die" ~ The Living Tombstone

Cotheria
The nation of Cotheria is a democratic island nation made up of a main island and several small islands surrounding it. It's primary economic industries is agriculture, tourism, and shipbuilding.

History:
Between 1978 and 2011, Cotheria was ruled by a militaristic dictatorship who spent the 4 decades spreading it's reach. After taking an advantage of conflict and feigning an alliance with a nearby island nation, Cotheria captured it's capital and main island. This caught the invading coalition forces, who were attacking the government forces which Cotheria pretended to ally and support, off guard.

Unfortunately, due to reasons still unknown, the government fell apart, sending Cotheria into a state of civil war for 2 years as multiple political groups attempted to fill the power vacuum.

This vacuum was finally filled by the United People of Cotheria group, which established a direct democratic government. This government is responsible for repairing the Cotherian economy and society, which was destroyed by the civil war. One program they have put in place ordered the construction of a space elevator and two arsenal bird like aircraft to defend it. See doctrine for more info.

Army and Airforce uses same aircraft and vehicles as Japan

Doctrine:
Being an island nation, Cotheria is usually outmanned when put up against larger nations. To level the odds, Cotheria has poured large sums of money into the development and production of unmanned systems, including but not limited too, UAVs, unmanned VLS barges, and Unmanned fighters/bombers. These aircraft are often paired with human to maximize the advantages brought by both parties. Cotherian unmanned systems are also more advanced then regular unmanned systems used by other countries due to a higher importance being placed on their development.

Order of the Lunar Moon
Upon witnessing the violence and bloodshed cast in the Cotherian Civil War, a group has silently risen from the ashes and threatens the world. In order to establish world peace and end the constant loop of bloodshed and violence, they believe government must be removed. Other than that, not much is known about the group, which has been silent for the last 6 years. Officials believe the group has spent this time building up it's power and urges citizens with any information on the group to come forward.

I guess I am plotting an insurrection according to @WiiWiiTheMini so I may as well make my spiel:

Comrades!
Long has drama plagued out lives. It is a constant cycle, with the upper class of the community seeming to always be the ones pulling the strings. They use their positions to leave us lower ranked users in a constant state of ignorance. They feed us with misinformation to confuse and make us ignorant of our power.

But they are wrong. They say the majority agrees with them, but we are the majority. They say drama is our fault, but it's them inflating the situations out of proportion. They believe their actions and words have deeper meaning and impact than us, but our voices speak louder then theirs ever will. They spread lies of division among our ranks, but our unity has withstood the most powerful of their attacks. Enough is enough.

There is only one way to fix this issue, to stop the drama, to save our precious community and to protect our users.

We must rebel! We must take up arms. We must stand up to their tyranny. We must break our chains of imprisonment. We must punish those responsible and we must establish point equality for all!

Join me comrades as we bring the fight to the bloated platinum and 20k golds, who sit on top their lofty thrones as they gorge themselves on points while us peasants starve below. Let us be victorious over our captives, who have abused their positions to further themselves rather than support the community. Let equality and freedom ring!