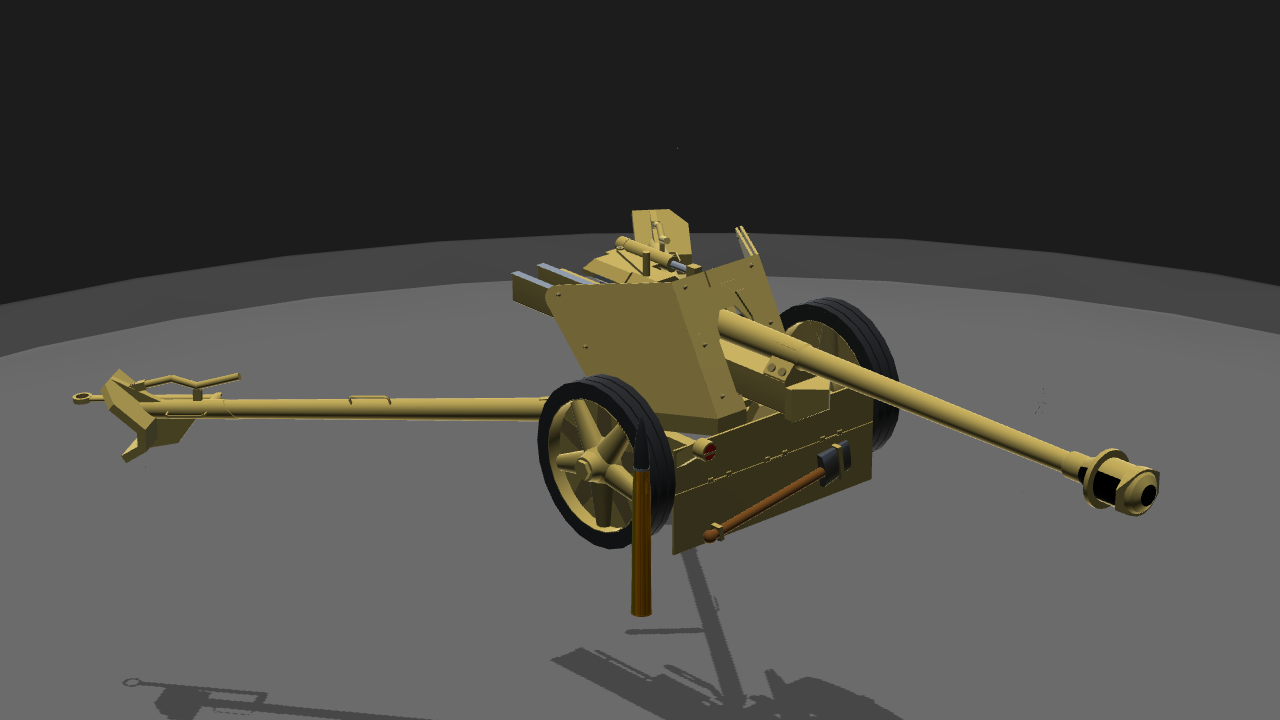 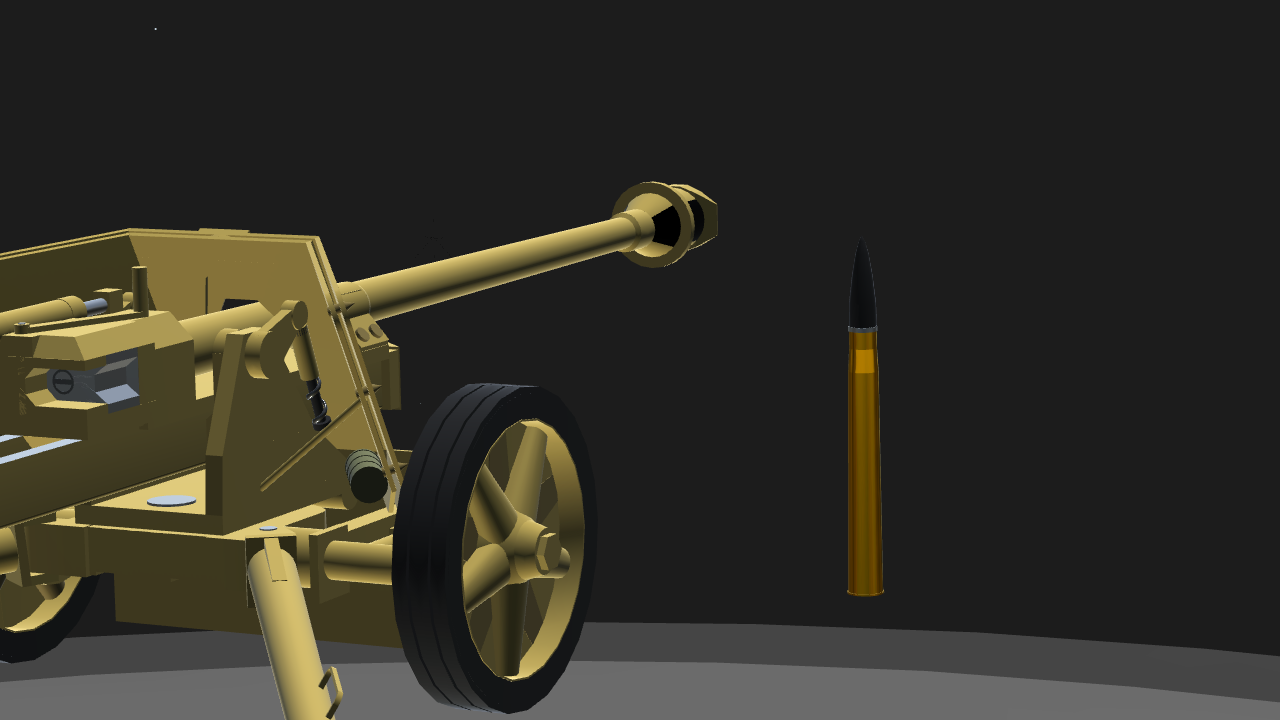 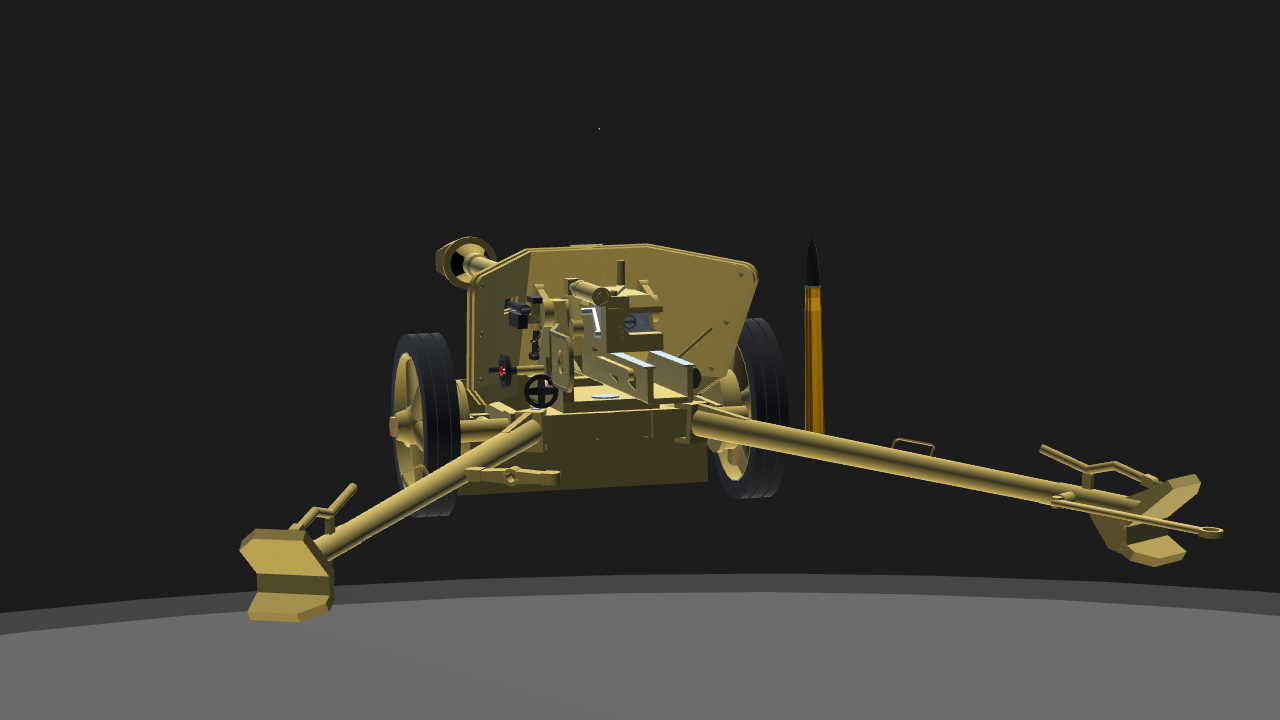 Note: due to new update this cannon is BROKEN. Find the fixed version with new cannon part HERE. (Not posted yet.)

The German Wehrmacht always made it a point to stay ahead of its opponents when It came to who had the most advanced weapons. Initially the 3.7cm Pak 36 had proved itself as a capable weapon during the Spanish Civil War. And when the going got just a little bit tougher, Rheinmetall-Borsig rolled out the 5cm PaK 38 in 1939. But when Germany became aware of new soviet armor including the T-34 and KV-1it was obvious that the PaK 38 was not going to cut it. Rheinmetall initially just wanted to put a longer barrel on the PaK 38, but lightweight materials used throughout were selected for use by the Luftwaffe. Thus the PaK (Short for PanzerAbwehrKanone) 40 was made of much heavier steel parts. This weight became its most serious drawback. Tipping the scales at more than 1,400 kilos (more than 3,000lbs) the Pak 40 was much harder to manuver into position unlike the smaller Pak 36 and 38 without the aid of vehicles. This also lead to many guns being simply overrun by the enemy when on the defensive. Many quick modifications were made to reduce this weight penalty such as mounting it on vehicle platforms like the RSO tractor or tank chassis like for the Marder series, StuG series, and others. The Pak 40 also found life as KwK 40 tank gun as used in some of the later versions of the Panzer IV and as aircraft armament like on the Henschel HS 129 or the Heinkel He 177. Performance overall was very good otherwise. The Pak 40 could throw a 15 pound APCBC shell projectile at over 790m/s to penetrate 130mm of armor sloped at 90 degrees. Effective range could be as far as 1.8km. Indirect fire was possible, but not widely used due to the relatively small amount of explosive filler that could be put in a 75mm shell. Typical cerw compliment of about 5 men could fire up to 14 round a minute thanks to the Semi-automatic breech opening. In a pinch it could even be manned by a single soldier.

Once Ag2 is active it may still be difficult to turn depending what terrain you are on.

Wheels are not functional. does not roll at all. Towing not really advised.

Originally started to build this for ChiyomiAnzai's Anti Tank challenge that was abandoned and picked up by Shipster. Would've posted when due but work said "Lol no". 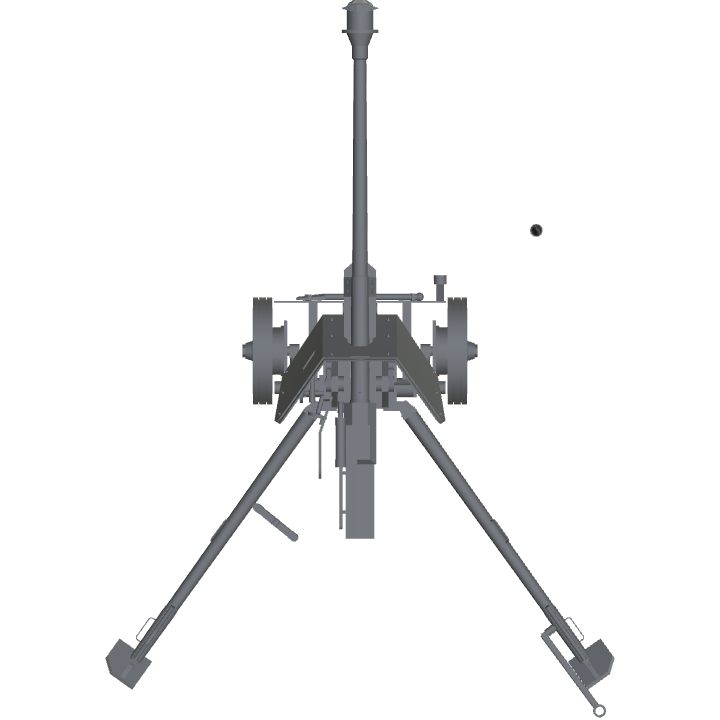 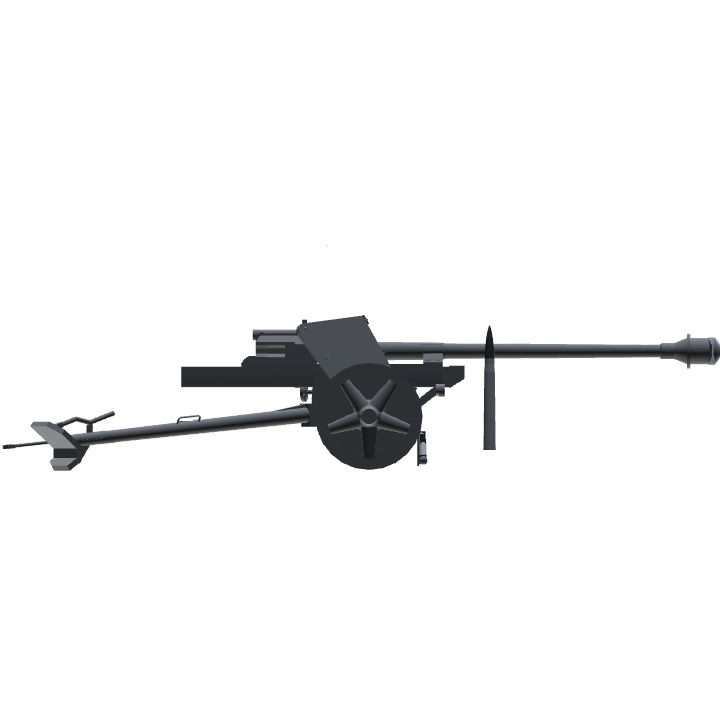 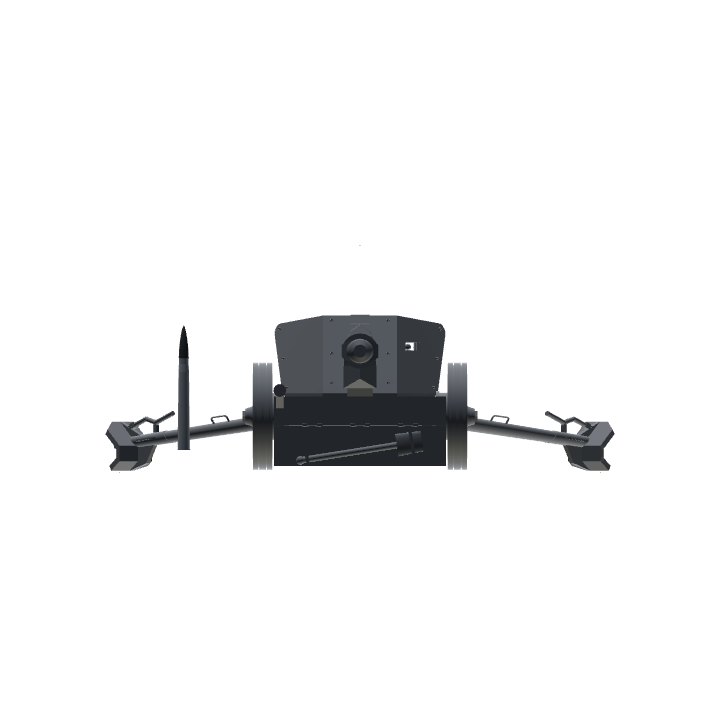