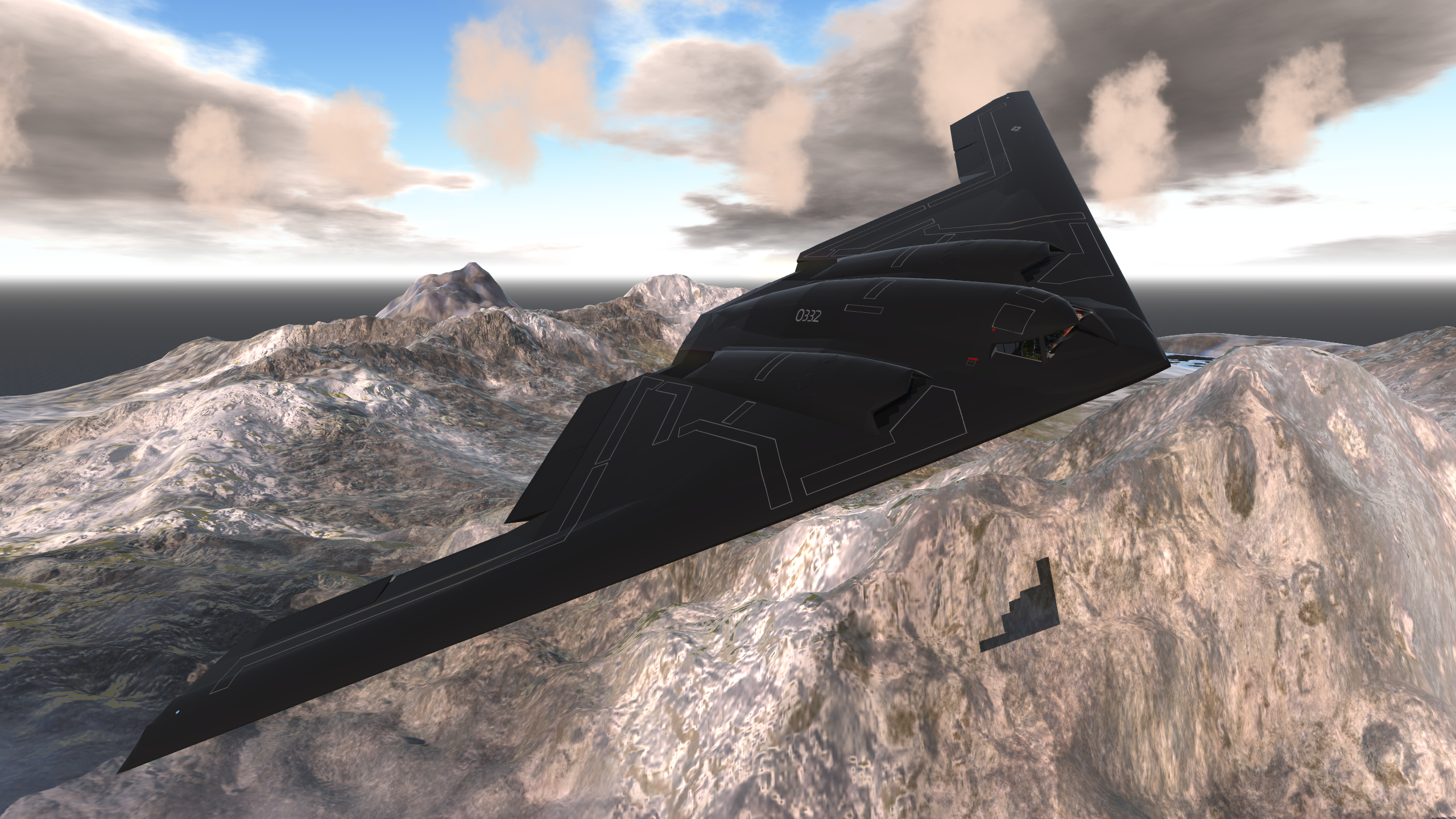 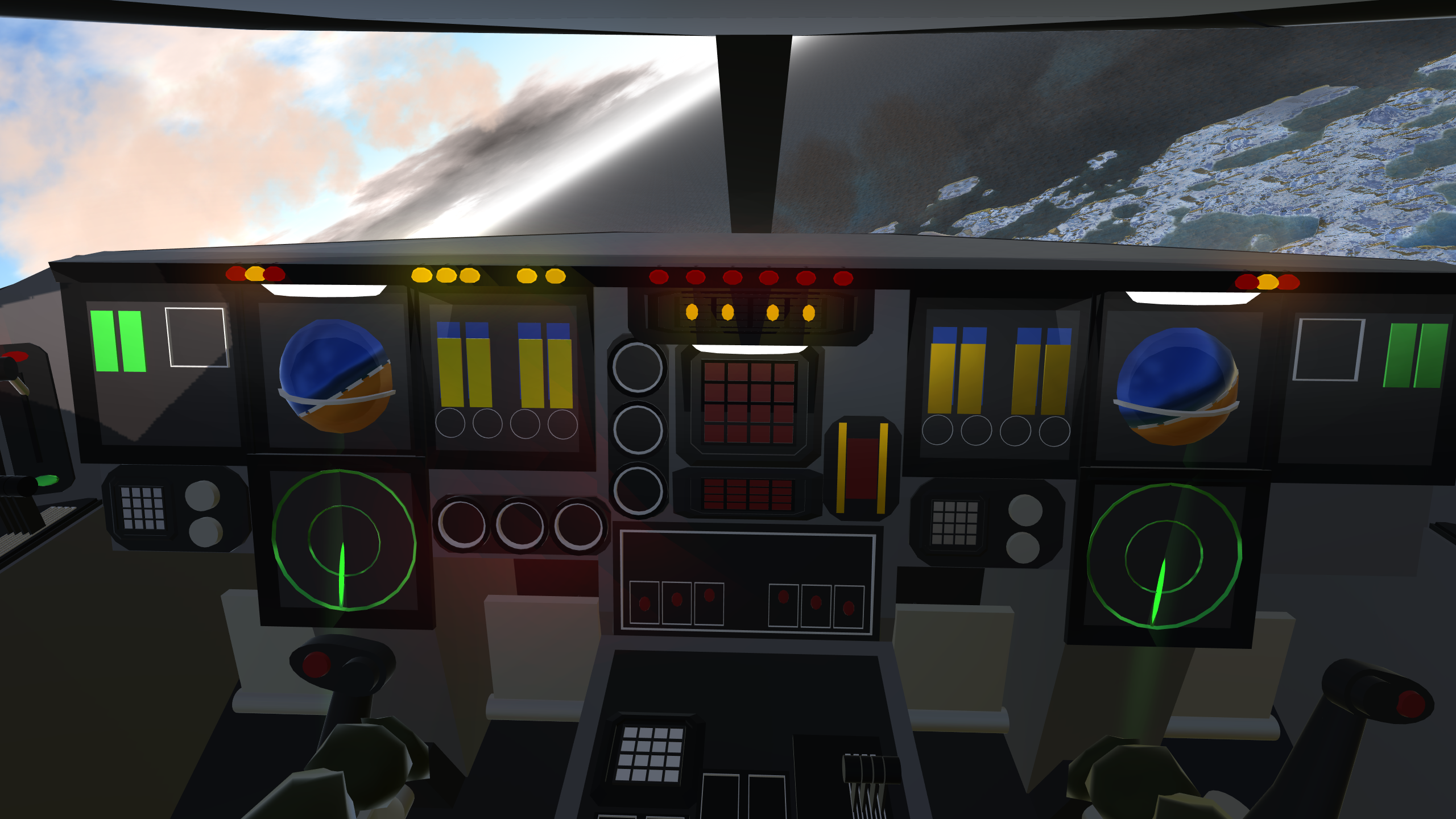 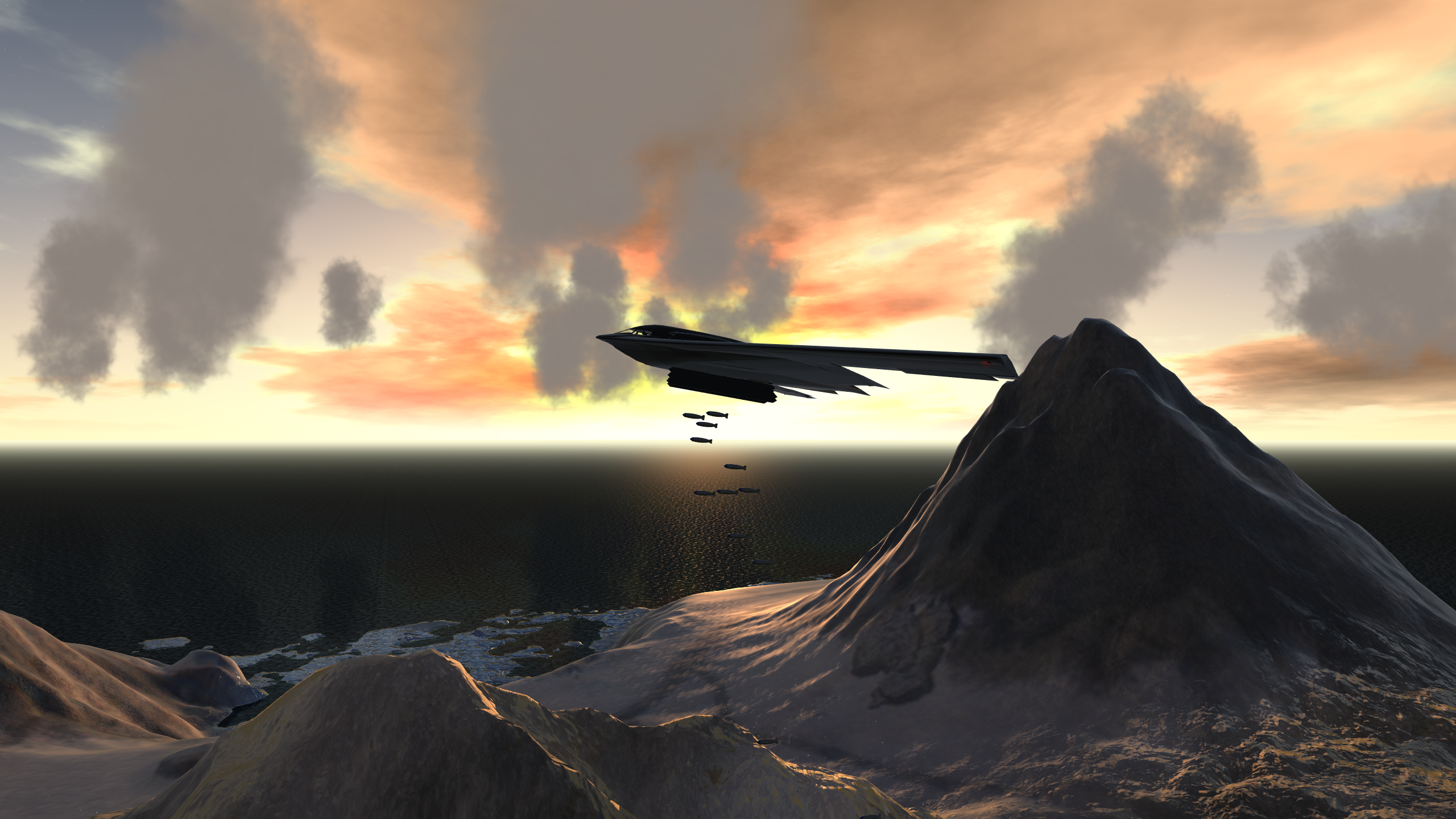 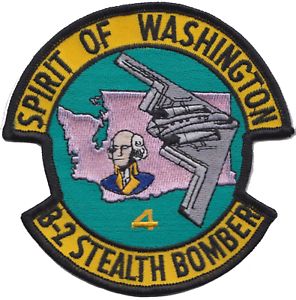 Note:
I must give a huge thanks to BogdanX for helping get this thing to fly accurately and properly, without him this plane wouldn’t have been anywhere near as good. I’m sure you already know who he is.

The iconic stealth plane, the B-2 Spirit Bomber, recreated in all her beauty in SP. A replica of the ”Spirit of Washington” (AV-11), she features all the good stuff you’d expect, and a little bit more.

Mobile Friendly(ier) version: Here
FYI: It should run better than you’d expect since most of the decorations parts have no drag calculations

Featuring:
- Semi-Functional Cockpit
- 80 Mk-82 500lb Bombs for the laggiest carpet bombing experience
- 90%+ Blueprint Match
- Realistic Flight Model/Characteristics (courtesy of Bogdan)
- Landing Gear Door markings for the Spirit of Washington (I did these for you ChiChi)

The Northrop (later Northrop Grumman) B-2 Spirit, also known as the Stealth Bomber, is an American heavy penetration strategic bomber, featuring low observable stealth technology designed for penetrating dense anti-aircraft defenses; it is a flying wing design with a crew of two.[1][4] The bomber can deploy both conventional and thermonuclear weapons, such as eighty 500 lb (230 kg)-class (Mk 82) JDAM Global Positioning System-guided bombs, or sixteen 2,400 lb (1,100 kg) B83 nuclear bombs. AV-11 (Spirit of Washington) was involved in a fire accident in 2011 and had to be heavily repaired. It is now back in service. 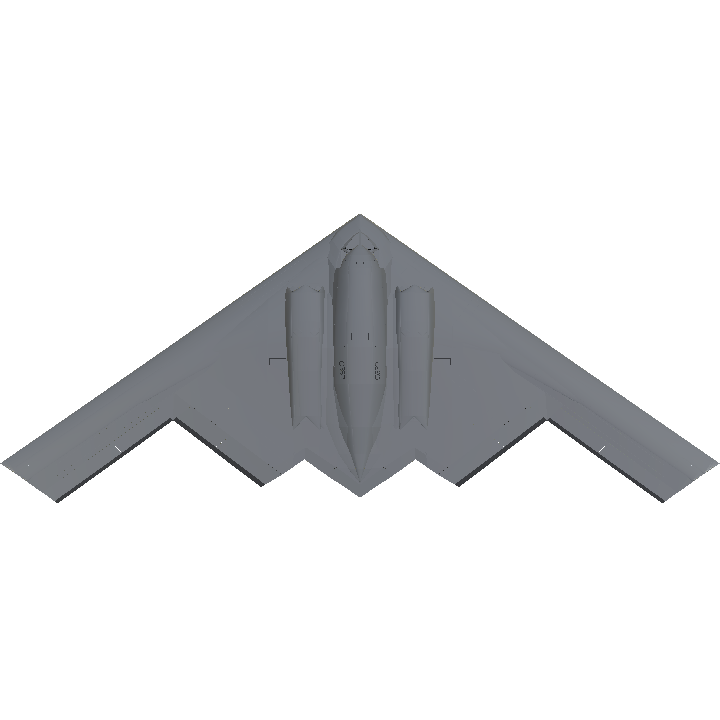 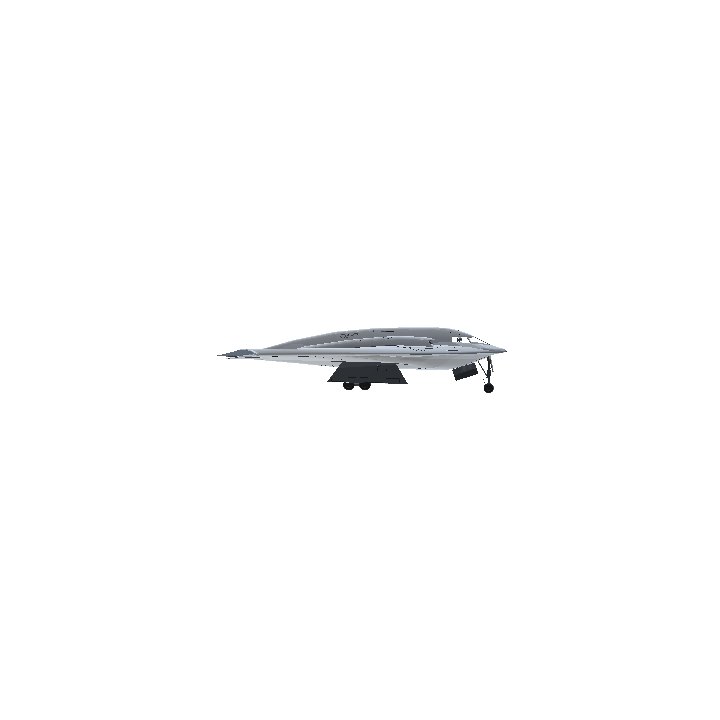 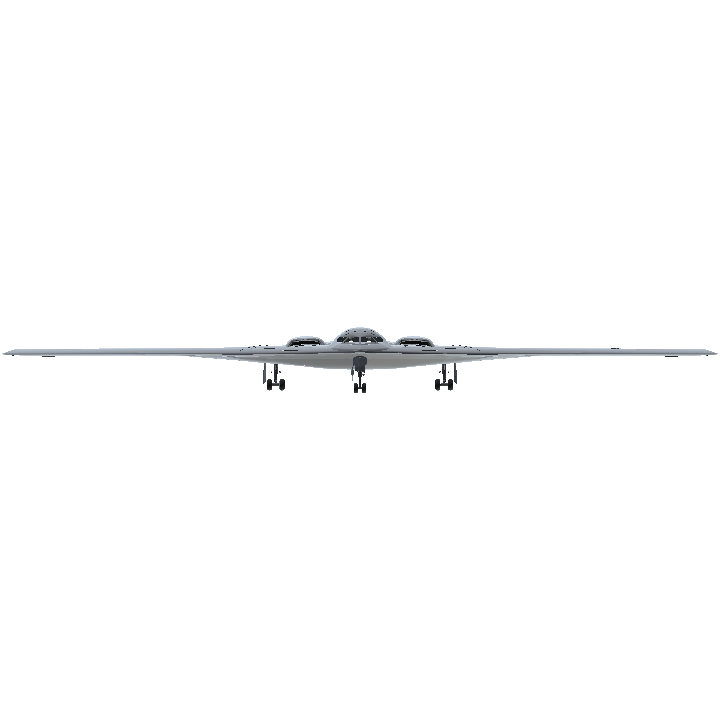