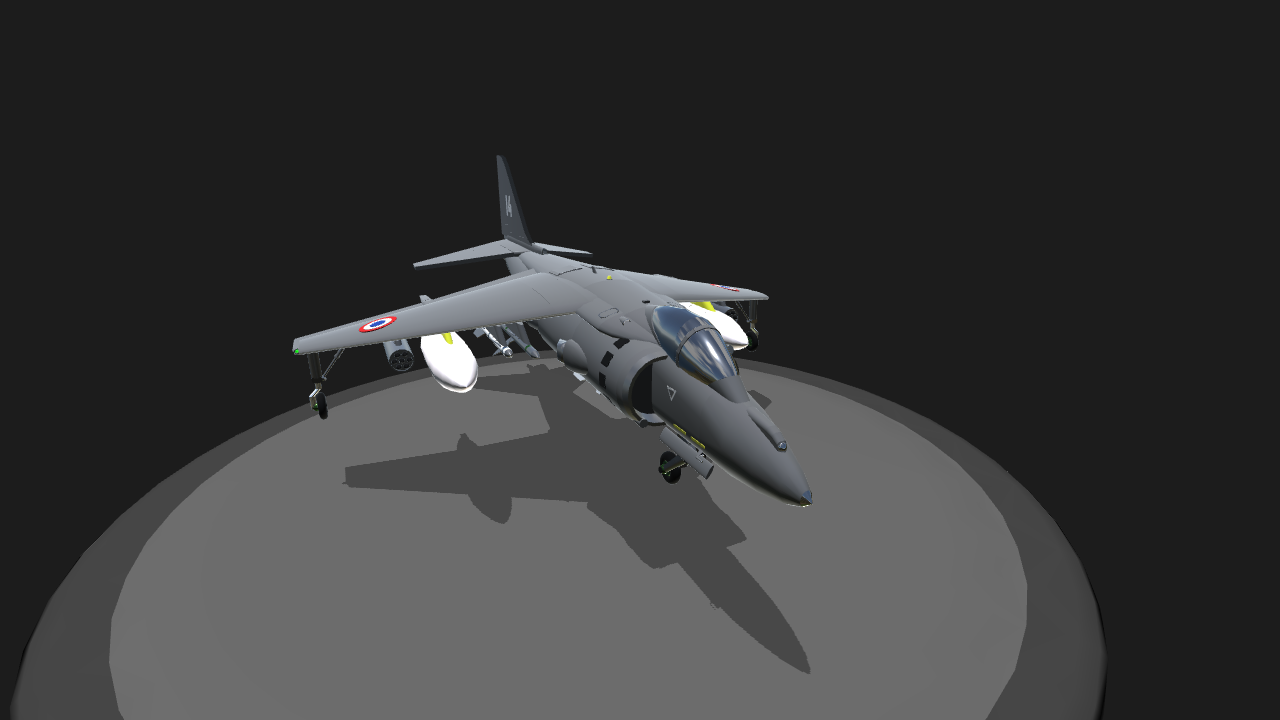 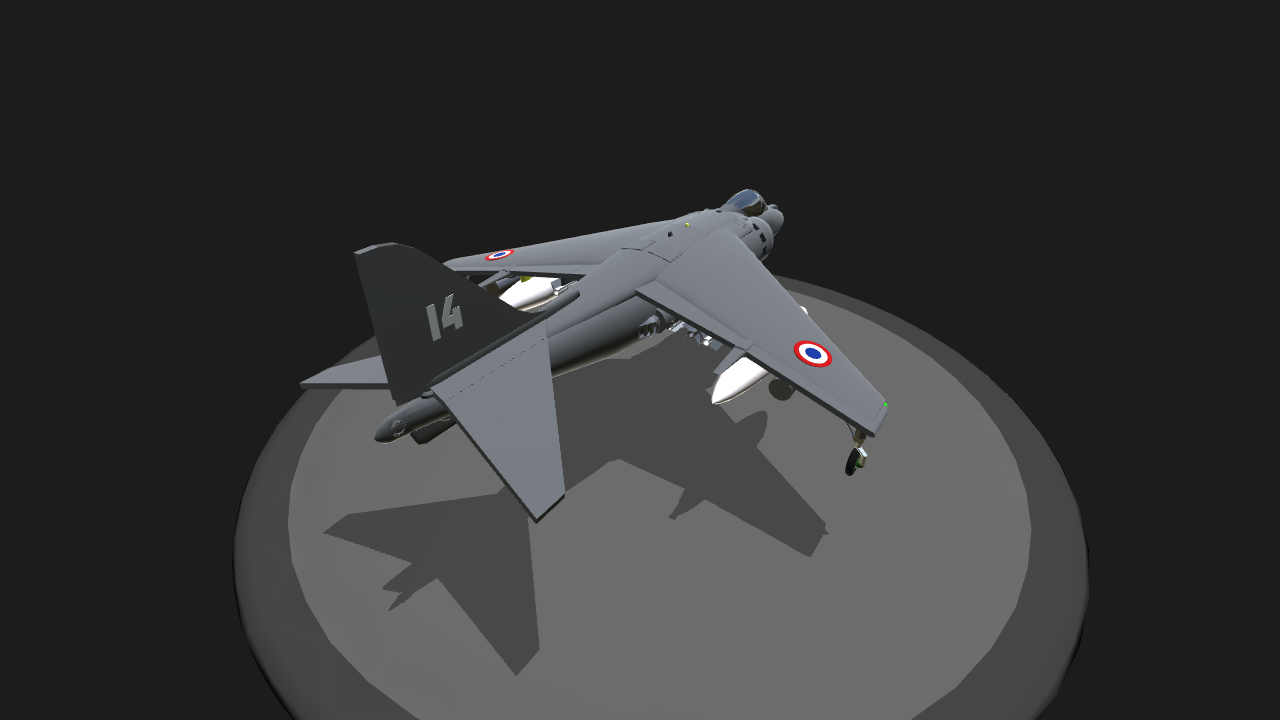 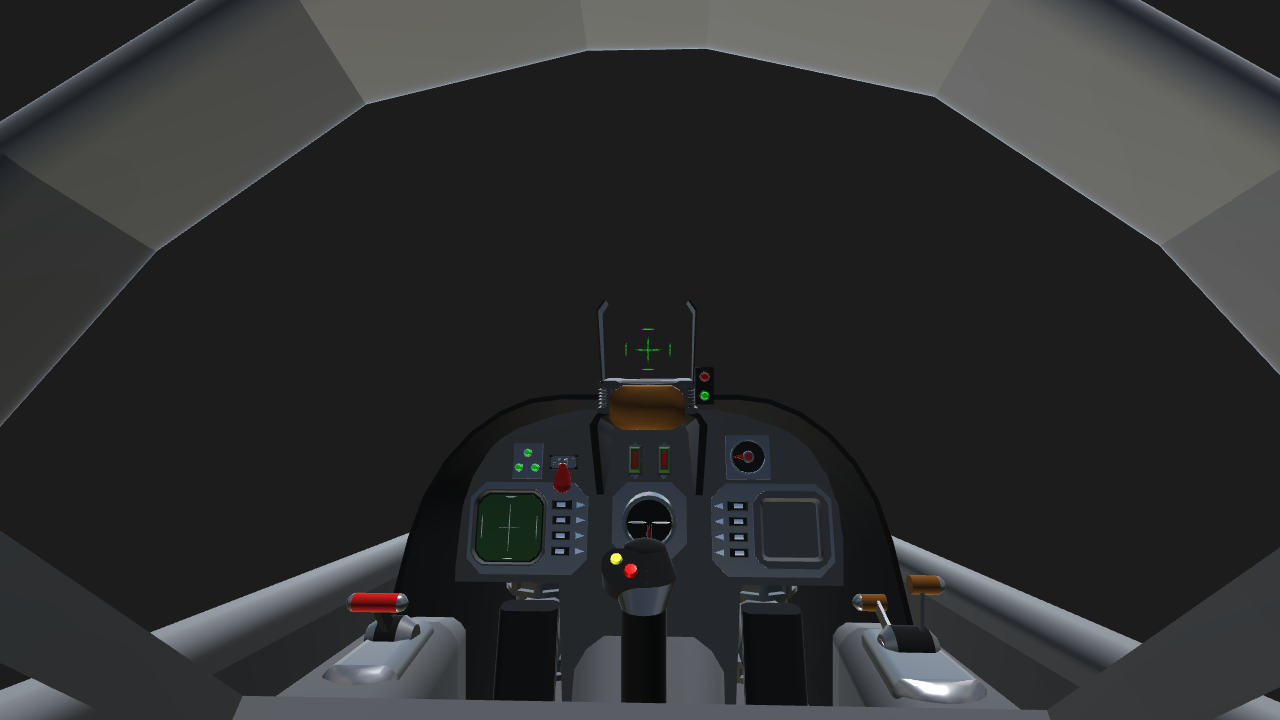 This is a remake of my old harrier, it's not a replica,
it's just a VTOL plane inspired by the real harrier with a nice 360° cockpit view. I built it with lots of modded parts, but I removed it for upload (so minimap, artificial horizon and refuel probe will not work).
Command list:
- AG1 : start engine
- AG2 : Toggle lights
- AG4 : Drop fuel tank
- AG5 : Toggle dogfight mod (better manoeuvrability but hard to aim)
- AG6 : Activate refuel prode (with trim up)
- AG8 : toggle VTOL control
- VTOL : - with AG8 on : down is for vertical flight
- with AG8 off : flaps
- TRIM : Extend refuel probe when AG6 on

To take off vertically, start engine (AG1), make sure that AG8 is on, VTOL down, Push gas around 25% and take off. To switch to horizontal flight, gas around 40%, nose up (around 40°), gently VTOL up to normal position, then switch off AG8.

I'm not sure it's mobile friendly but I hope you'll enjoy it !
Have fun ! 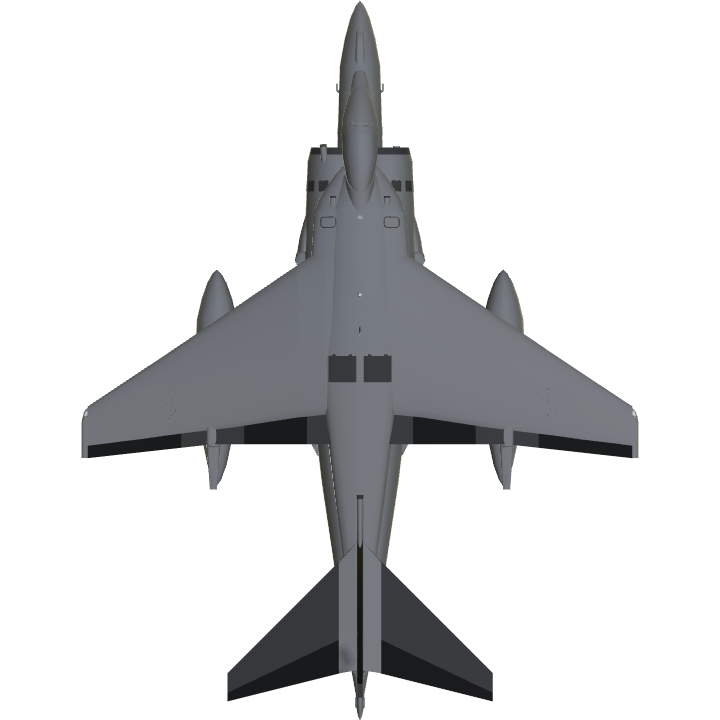 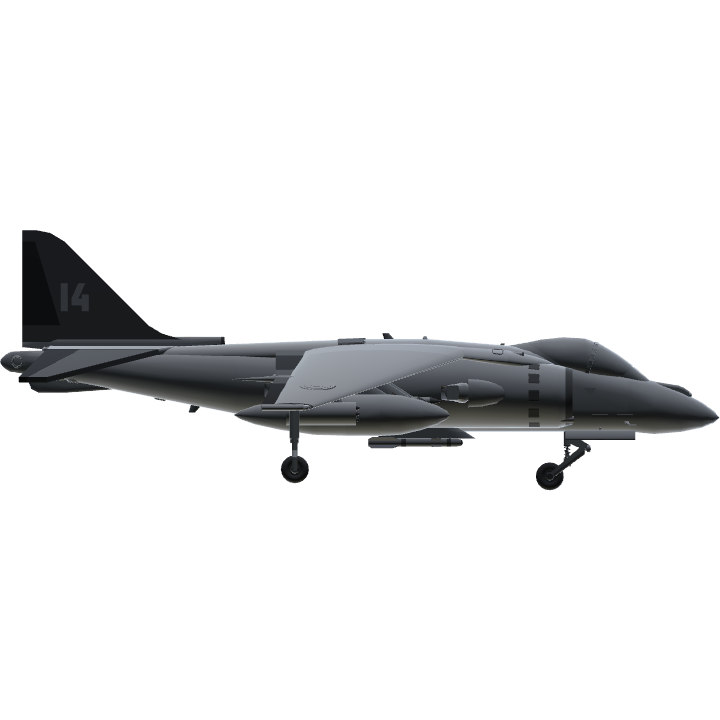 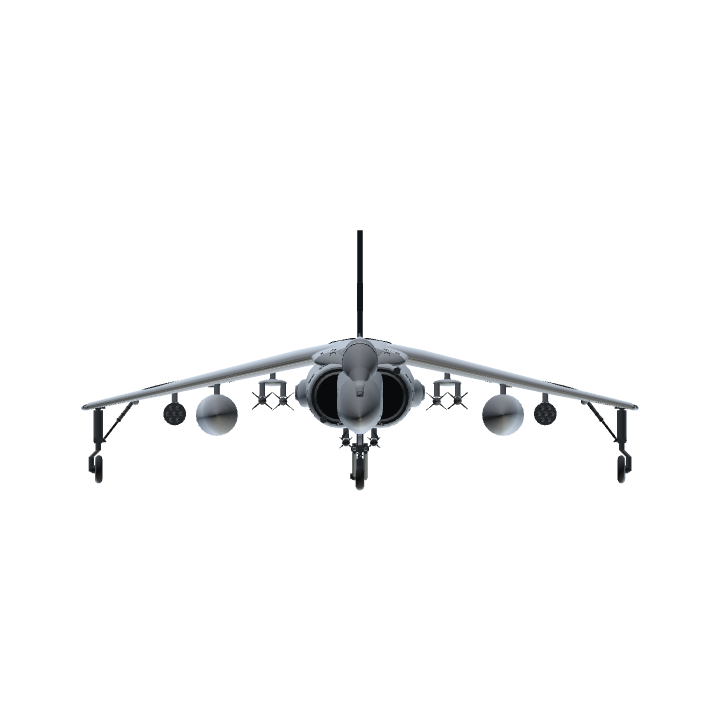