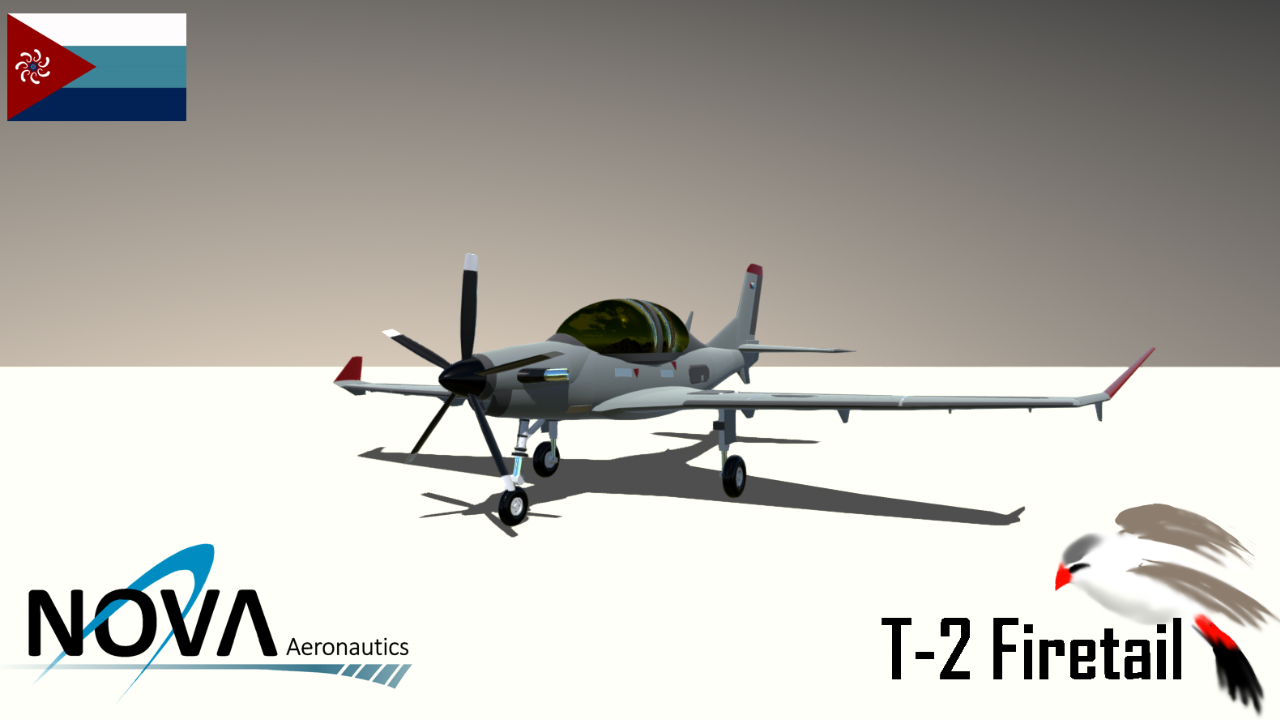 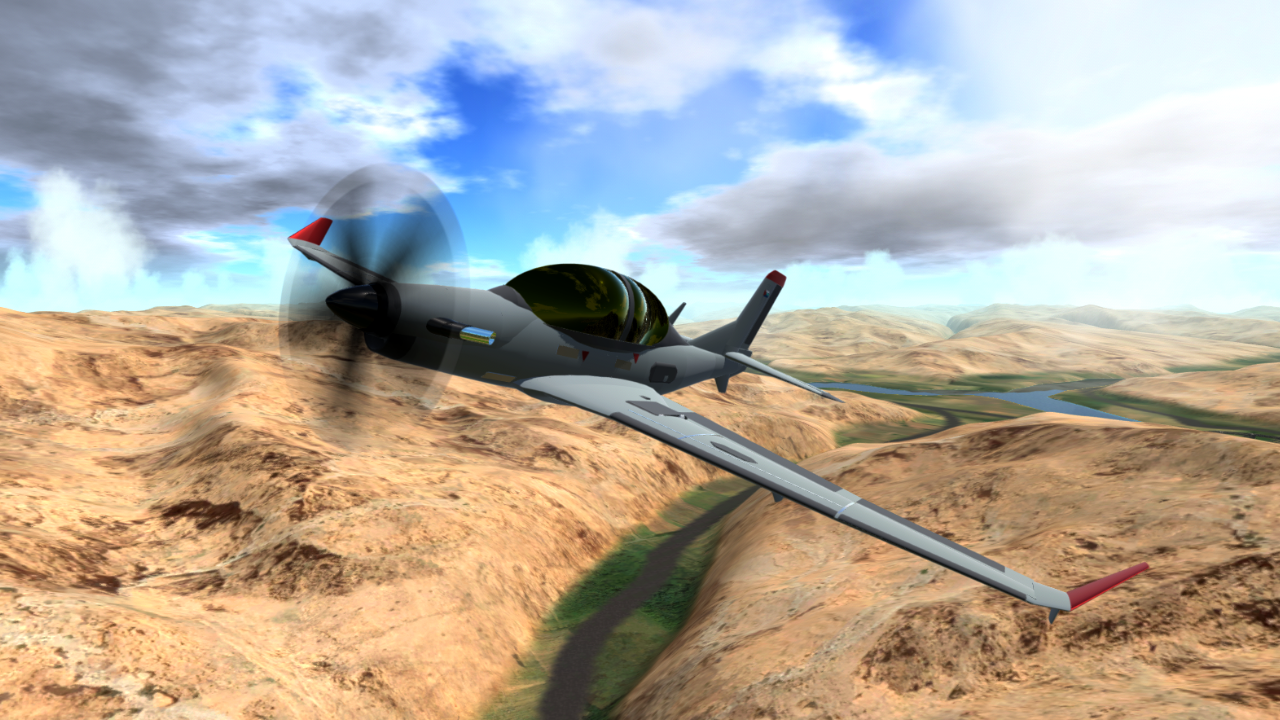 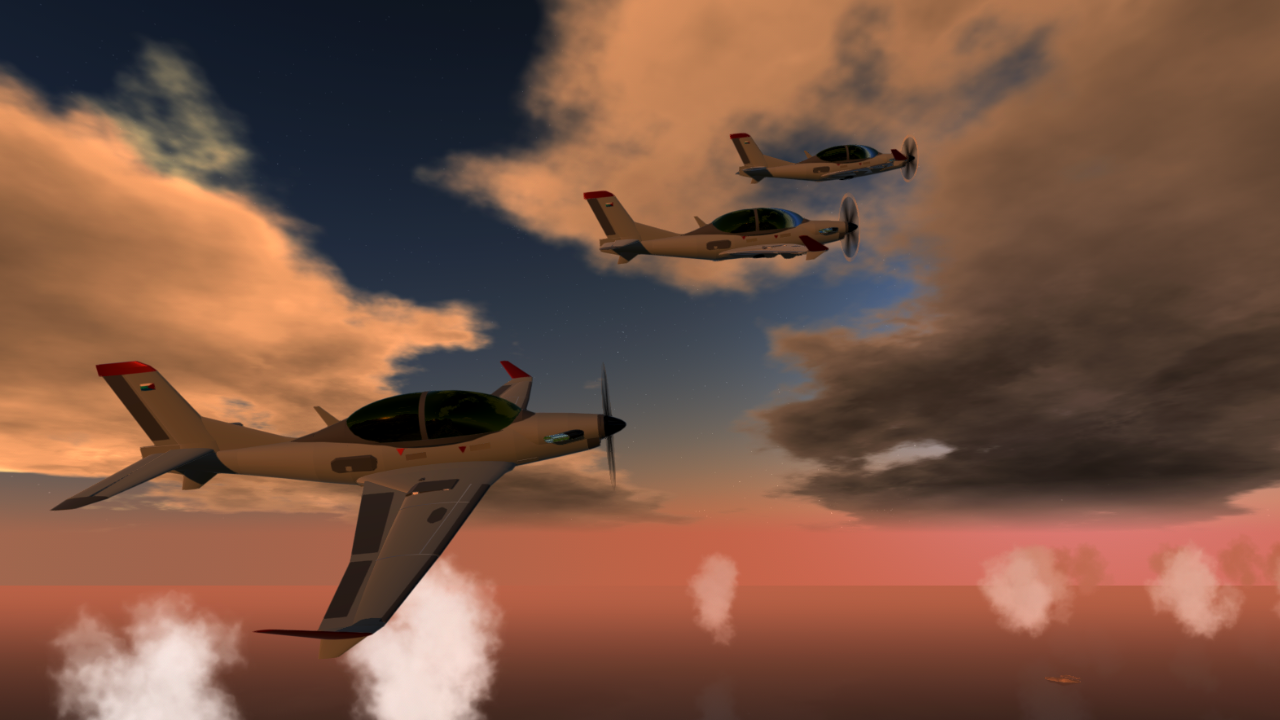 Built to Novanian Air and Naval Command specifications for a modern, turboprop powered trainer aircraft, the Firetail is now the primary turboprop trainer for the Novanian Air, Naval and Armed Forces Command aviation units. These planes are fitted with the revolutionary STS (Simulated Training System) which could manipulate the plane to simulate a wide range of scenarios including but not limited to hydraulic malfunctions, battle damage, and even provide synthetic targets projected on the pilot's HMD for BFM and combat training. The T-2 Firetail provides fresh trainees a taste of military aviation and will accompany them until they graduate from Basic Flight Academy and step into the cockpits of the T-5 Canary jet trainers of the Intermediate Flight Academy.
Powerplant
- NOVA TP-17SCE Turboprop
Sensors/Electronics
- Gen 5 STS Training System

Also do check out this nifty build, a distant relative of the T-2 made by CrushburnHQ and show him some updoot love

-I build for fun so don't expect fancy plens
-stats n stuff are part of my worldbuilding, I recreate my pen and paper designs
-lengthy desc cuz SP's just a way to turn my stuff into fun little flyable virtual things and I pretty much imagine and make-believe 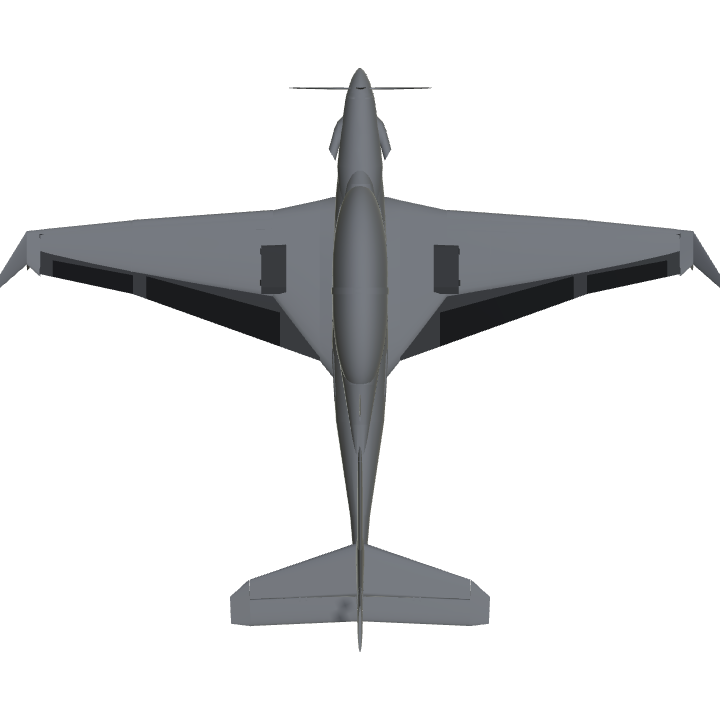 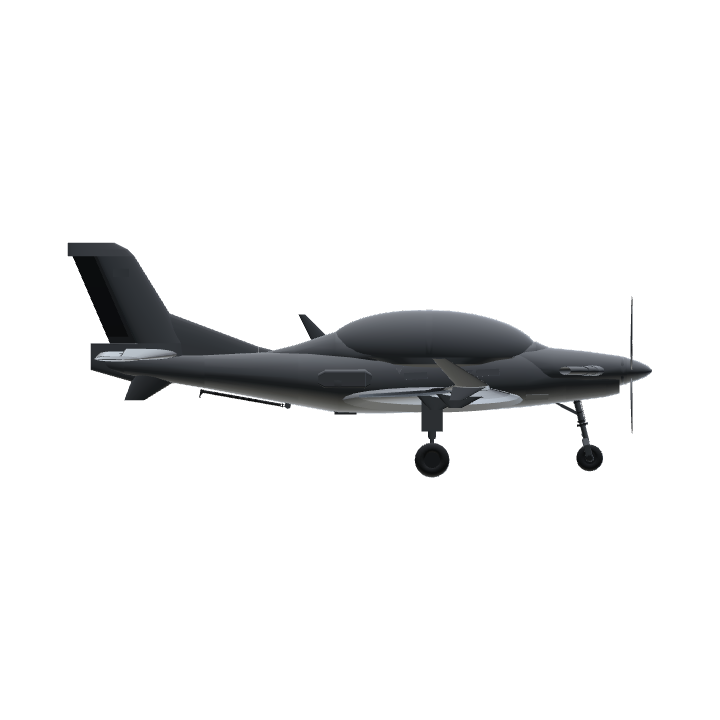 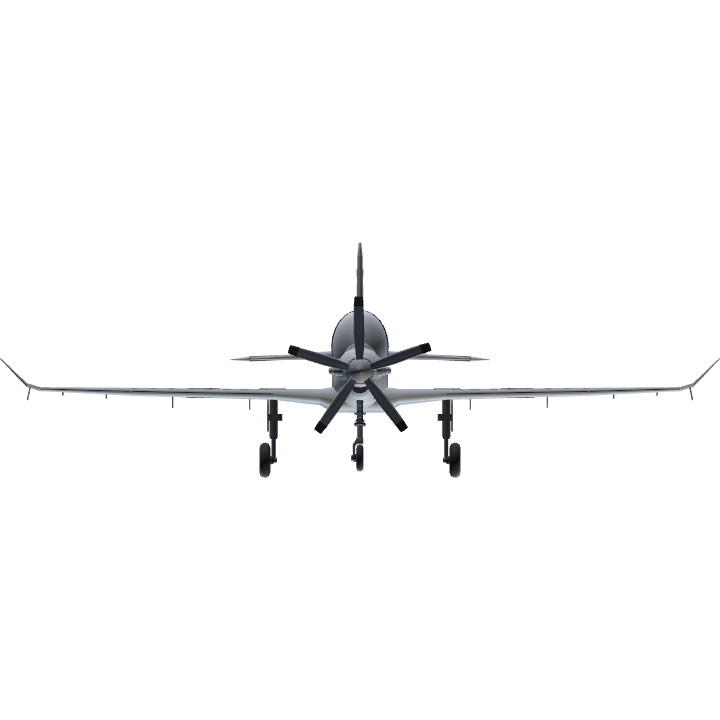