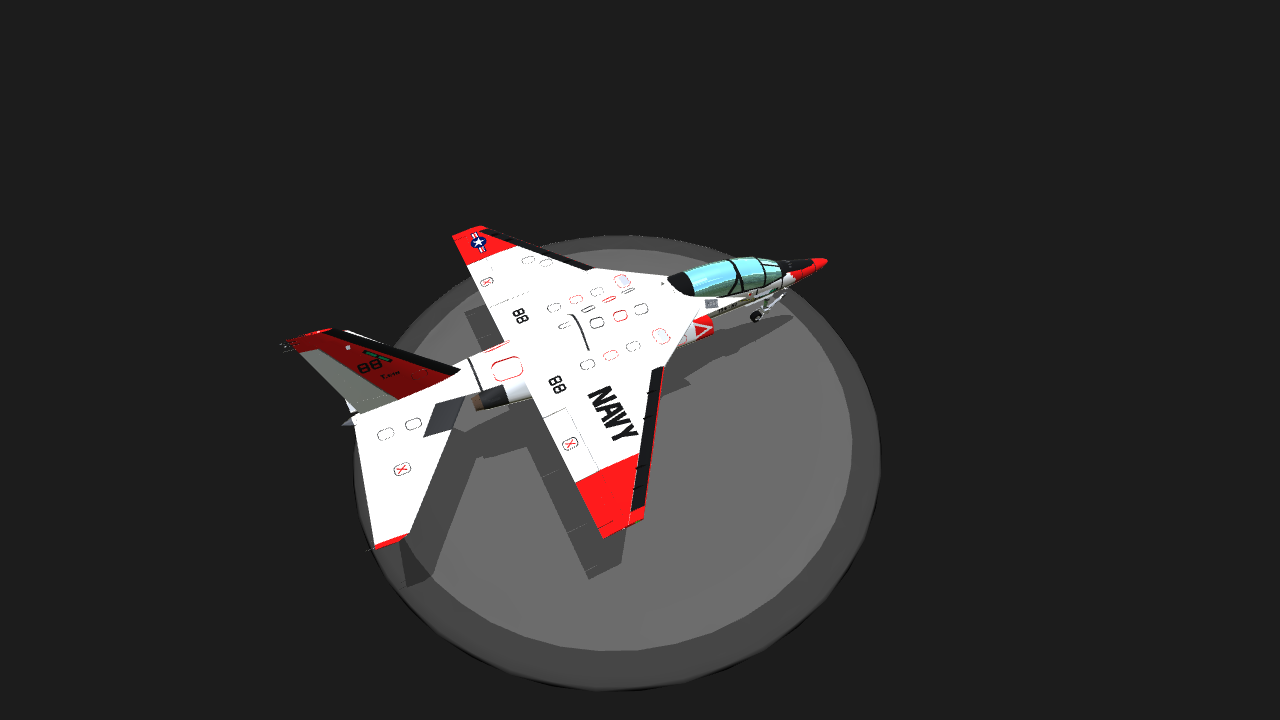 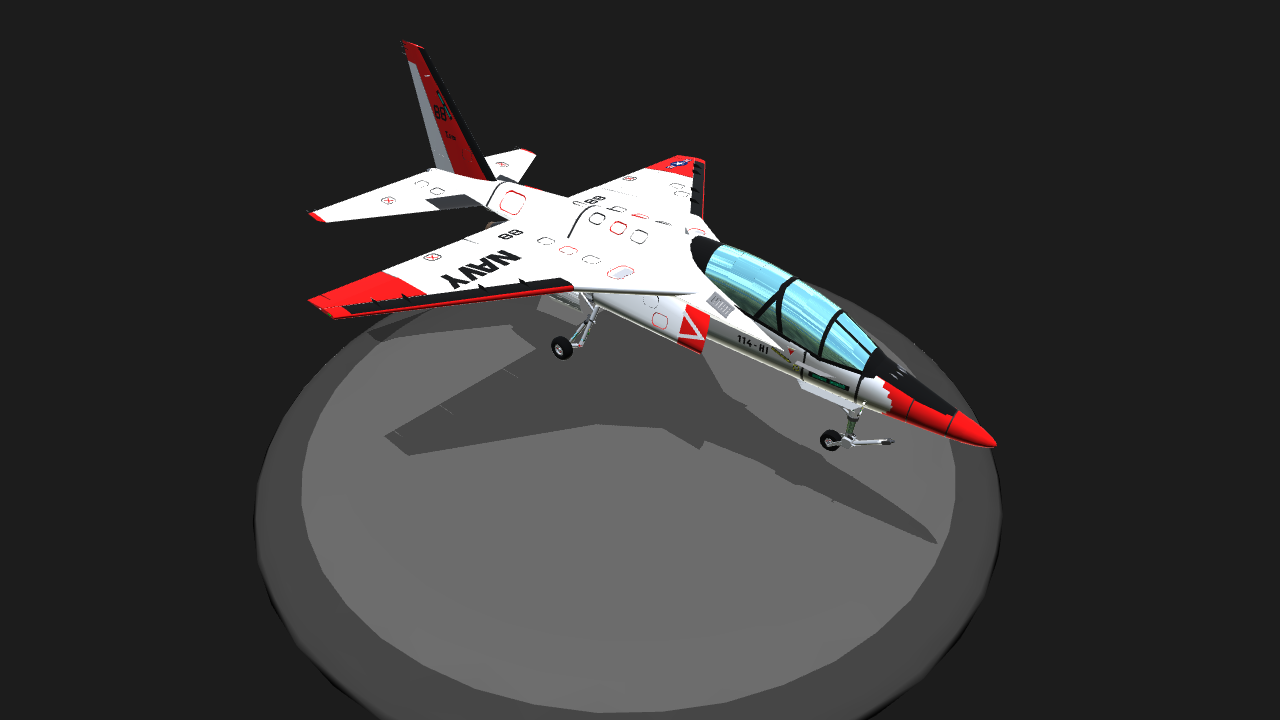 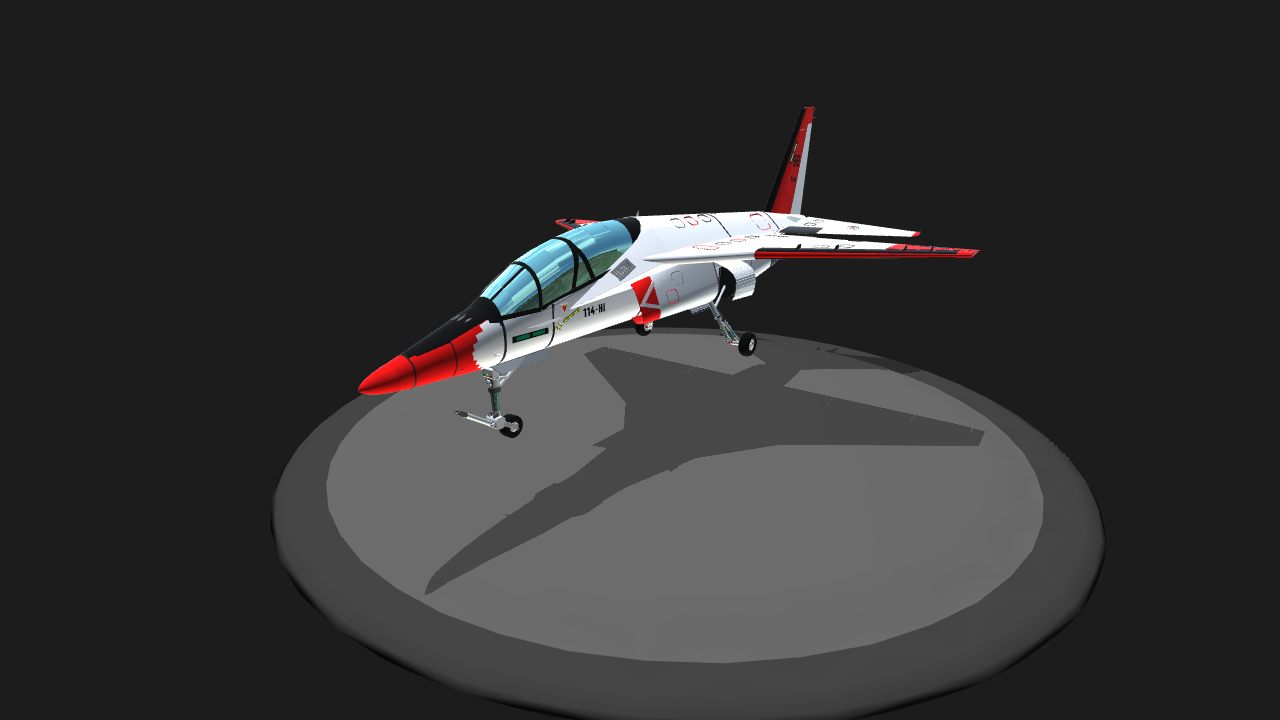 IMPORTANT NOTE: Aircraft has been flight-tested throughout the whole designing phase, using a Saitek P2600 Rumble Force Gamepad for smoother handling and for monitoring control surface deflection angle. It is recommended to use a gamepad, joystick or mouse-as-joystick mode for flying this aircraft.

OEI (One Engine Inoperative) is a training procedure that helps student pilots to effectively control and safely land an aircraft which has suffered a loss of power to its main powerplant. The T-61N Sparrowhawk II is a highly modified navalised version of the HarpiaDS T-101A Tercel land-based training jet aircraft. Co-manufactured by Raytheon and HarpiaDS, the T-61N has been selected by the United States Navy, under its T-XN program, as a replacement aircraft carrier-capable trainer for the previous T-45 Goshawk jet trainer.
The T-61N Sparrowhawk II is a fully carrier-capable version of the HarpiaDS T-101A Tercel, retaining a limited combat capability mainly for weapons and combat systems training apart from standard operational training as an entry-level training platform for future F-35B/C and F/A-18E/F fighter pilots. It was developed as a jet flight trainer for the United States Navy (USN) and United States Marine Corps (USMC) under the evaluation and development control of the T-XN program, initiated at early 2019 by the Naval Air Training Command. The Tercel had not originally been designed to perform carrier operations; accordingly, numerous modifications were required to produce a suitable aircraft for such use, such as the extensive strengthening of the airframe, which had been necessitated in order to withstand the excessive forces imposed by the stresses involved in catapult launches and high sink-rate landings, both scenarios being routine in aircraft carrier operations.

Most notable amongst the changes made to the T-101A's design was the adoption of a comparatively simple leading-edge slat system, operated by an actuator and linkage mechanism capable of being housed within the limited free space available, along with the addition of strakes on the leading edge which improved airflow. Other modifications to the Sparrowhawk included its reinforced airframe, the adoption of a more robust and widened landing gear, complete with a catapult tow bar attachment to the oleo strut of the new and more strengthened nosegear design, and an arresting hook.
The aerodynamic changes of the aircraft, which were developed by HarpiaDS at Raytheon’s Space and Airborne Systems existing facilities in McKinney, Texas, included improvements to the low-speed handling characteristics and a further 12% reduction in the -already relatively- low approach speed. During flight testing of the Sparrowhawk, it was revealed that the aircraft had retained quite smooth and predictable flight characteristics, even when flown within stall conditions at the required low approach speed.
Work on the production of the Sparrowhawk II was divided between the two primary partner companies. HarpiaDS was responsible for manufacturing the fuselage aft of the cockpit, along with the air inlets, and the vertical stabilizer of the T-61N at their facility, while the wings were produced at the company's plant at New Zealand. Raytheon performed the manufacture of the remaining elements of the Sparrowhawk, as well as conducting assembly of the type at a production line at Texas.
The Sparrowhawk retained the typical powerplant used by the Tercel, the Aeneas TFJ-100-KL2 high by-pass turbofan jet engine. Early production aircraft were designated T-61A; however, from July 2020 onwards, later-built production Sparrowhawks were constructed with enhanced avionics systems, which included the adoption of a glass cockpit and head-up display (HUD); as such, they were designated T-61N instead and offered the benefit of making the trainers more similar to the U.S. Navy's frontline fighter aircraft.
The T-61N Sparrowhawk II can be outfitted with a synthetic-aperture radar capability to allow them to support rear crew training requirements, and it is considered a possible requirement for a follow-on order for such equipped models of the type. All of 150 T-61Ns are equipped with the Virtual Mission Training System (VMTS), which emulated the capabilities of the US Navy's Boeing F/A-18E/F Super Hornet's Raytheon APG-73 radar (including ground mapping, air-to-ground and air-to-air targeting modes, along with an electronic warfare training capability). The type was used to prepare weapon system operators for the Super Hornet, as well as rear crew members for the Boeing EA-18G Growler and P-8 Poseidon. Apart from that, the T-61N has all the necessary wiring and electronic modules to carry modern A/A and A/G weapons in four under-wing hardpoints as well as external fuel tanks or target pods for dual-role missions or advanced tactics training. 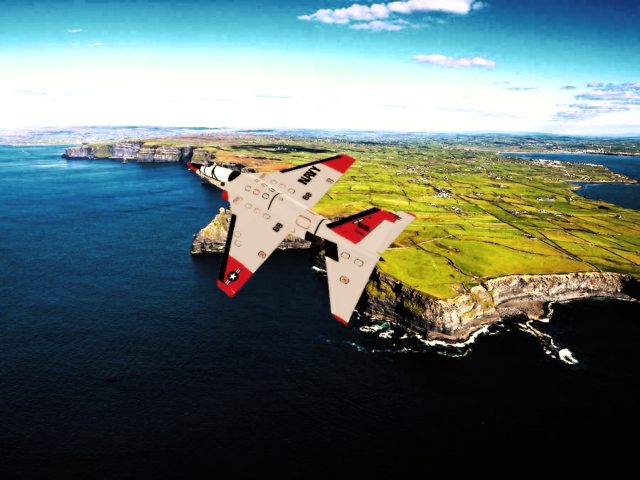 Credits
xjm22 for his air-to-air missiles.
Indecision for his F-55 Lammergeier wing design that I used as a basis for the new T-61N wing structure.
EternalDarkness and ChiChiWerx for their excellent building advises, test-flying feedback and clever general suggestions. 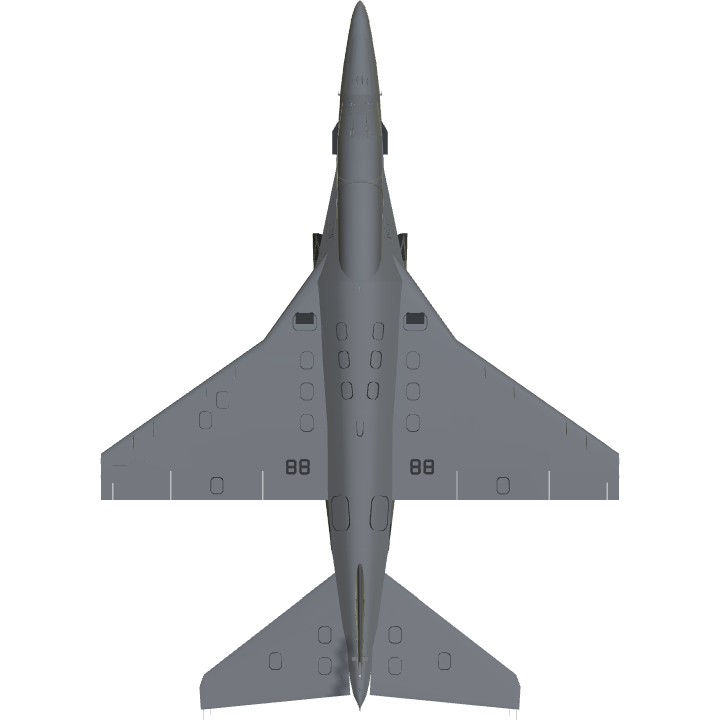 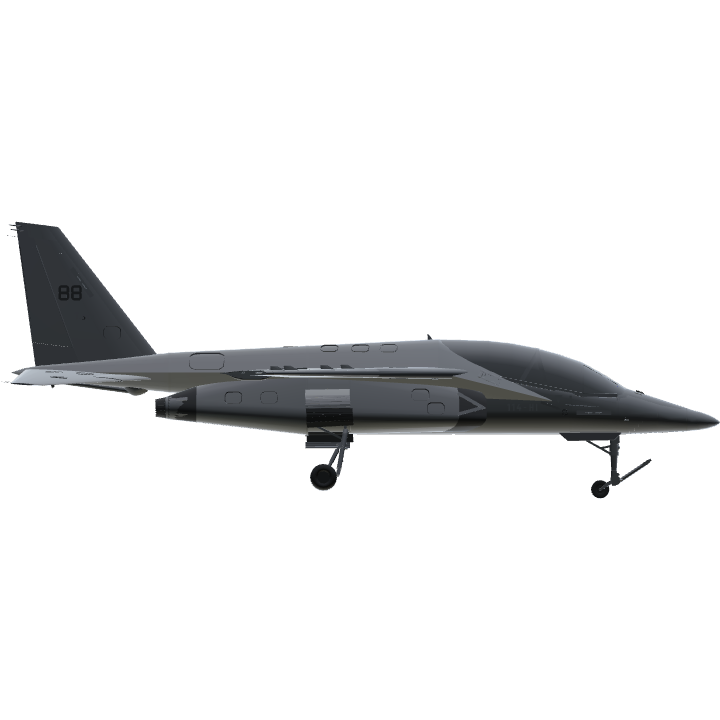 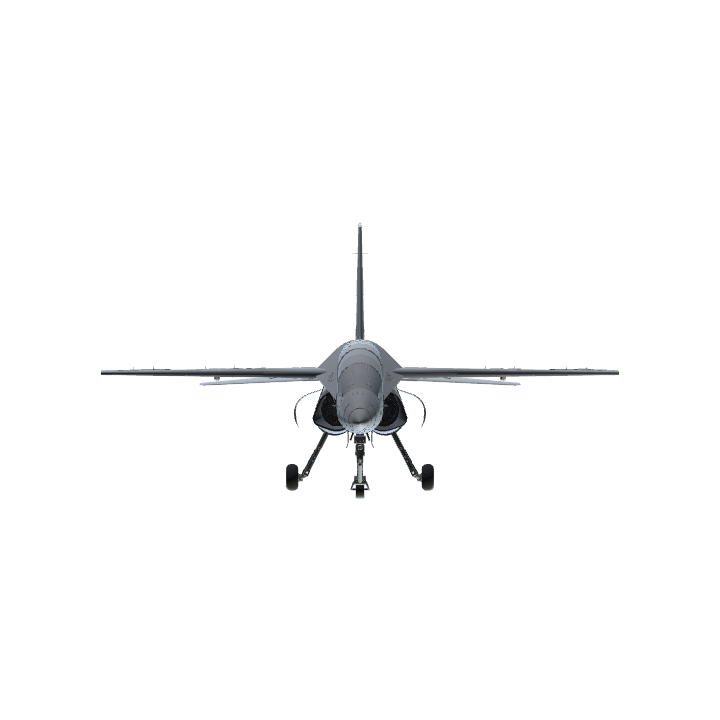