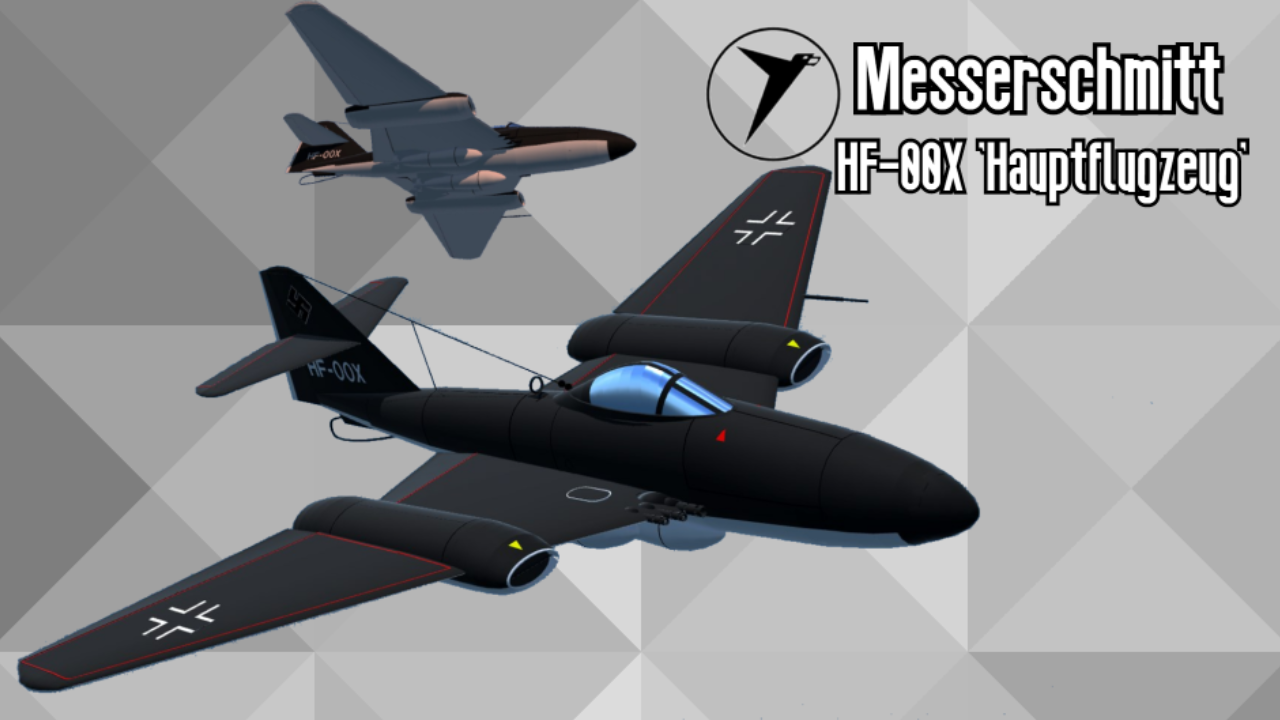 A big, big thank-you to @Blue0Bull for his hidden wing which really helped me fine tune the performance of the plane, and also make functional flaps.

The Me-00X, nicknamed "Hauptflugzeug" (Chief Fighter), was initally conceived as Projekt 1065 in 1936. Two years later, the project was branched to give birth to the Me-00X and its cousin, the Me-262. The Me-00X was intended to become the backbone of the Luftwaffe, replacing the ageing Bf.109 and initial tests would prove that only a squadron of the fighter could decimate any Allied airforce. Initially an air-superiority fighter, the Me-00X was quickly outfitted with the ability to carry out light bombing missions, which would only heighten its already impressive capabilities. Technical holdups, a short supply of strategic materials and too much top-level interference were common issues that plagued both the 00X and its cousin. Before the first combat-operational squadron could take flight, 2 years behind schedule, Germany had surrendered to the allies. 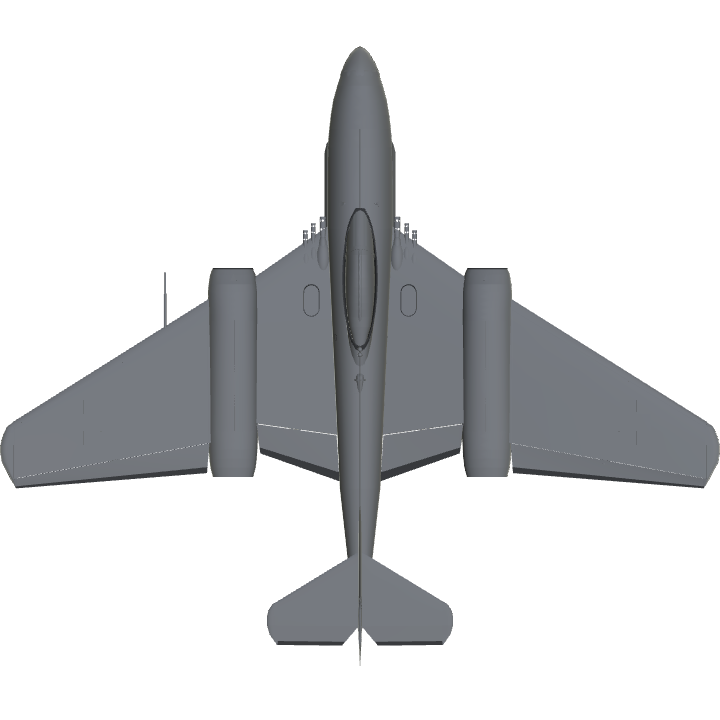 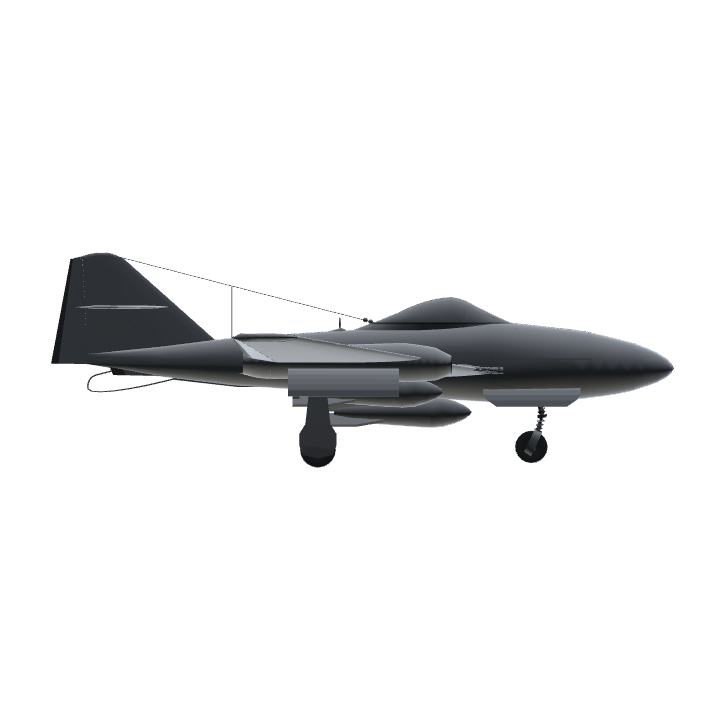 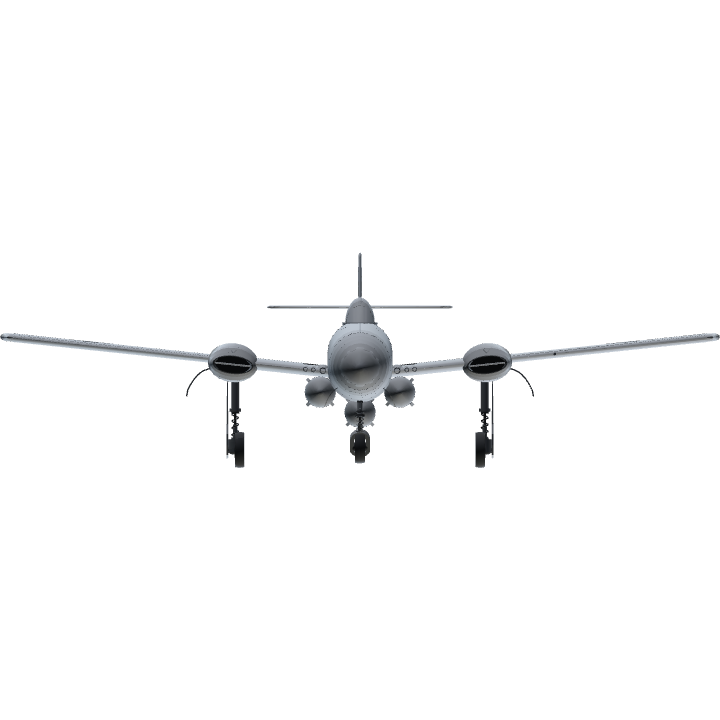