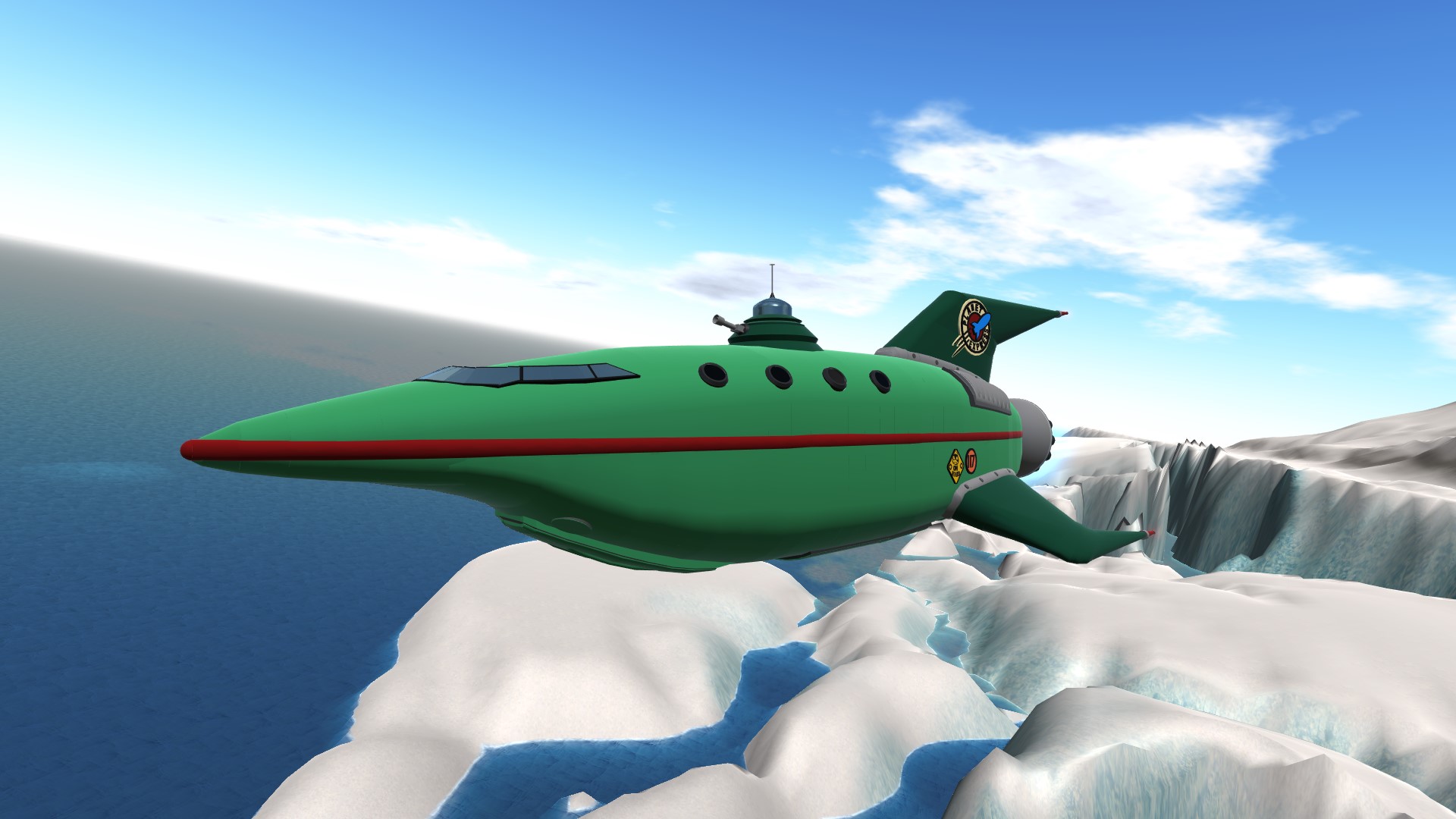 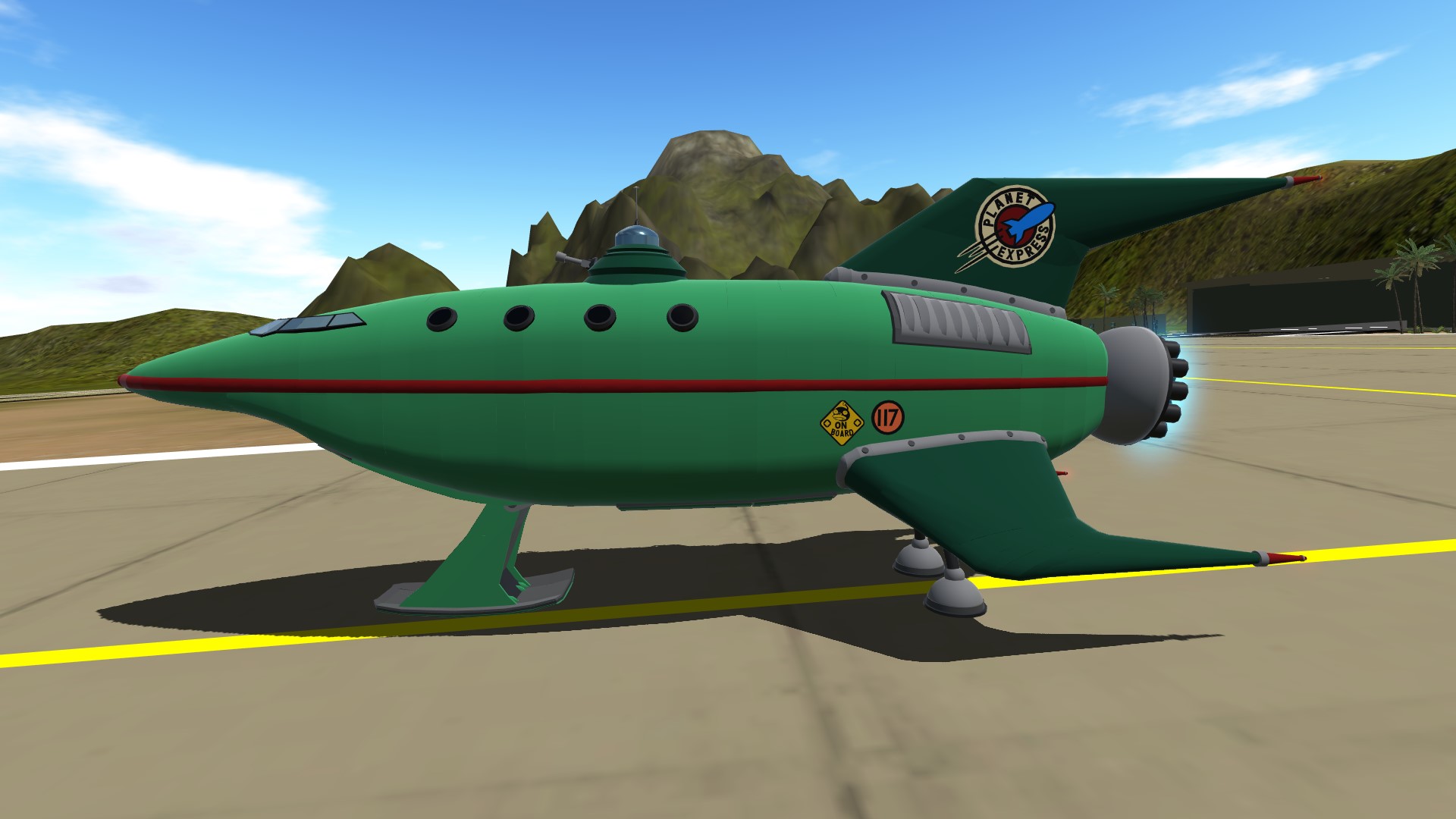 The planet express features tripodal landing gear because 3 is the greatest! Including fold out stairs with which to enter the ship! It all slides in and out of the ship with maximum satisfaction.

The front of the ship is where the big guns are housed, the primary lasers fold out from two tubes located on either side of the front landing gear, these send out two wide powerful laser beams capable of melting through metal hulls, they even have a double use as headlights! Although very dangerous ones at that...(I'm sorry Mom I told you not to overtake me)

A piloted turret on top of the ship lets you aim aim anywhere, with a full 180 degrees of action! Its not 360 but it might as well be!

Thanks to the advancements in engine technology the Planet Expresses Dark matter engines are capable of directional thrust allowing vertical takeoffs and landings and the ship can come to a near perfect standstill and hang in mid air! (Its using a 2D VTOL system this is thanks to some special help I got from @spefyjerbf which uses a gyro engine combo. I go more in depth of how it works below.)

And speaking of dark matter the planet express has the energy equivalent of 2.6 million gallons of fuel! Meaning you won't ever have to walk again.
The engine disobeys the laws of physics by moving the universe around it and by doing so can achieve speeds faster than light!...Or in this case circa. 900mph but that's almost the same thing right!?..Right?

By default the Planet Express controls like any normal VTOL aircraft and can take off by starting thrust and moving the VTOL slider up, this will also simultaneously fold up the landing gear. These are all on AG 8 so disabling that will cut off the primary engines and lock the landing gear in place.

AG 5: will activate the 2D vtol, while in 2D vtol the aircraft is locked into one angle with help of a gyro(so it can't face up or down) from here you control up and down movement with the VTOL slider, you move forwards with thrust, and you yaw/ change direction with roll.
This is to assist with landing and helps with various things such as locking the ship into place and making it easier to use the magnet winch.
Your also going to want to disable normal flight while using this with the exception of activating it briefly to put down the landing gear.

The Primary lasers are activated with AG 1 and with that are toggle able and will fold in and out of the ship, although your going to want to hold off from firing until they're all the way out since...yeah accidents can happen.

The Primary lasers can come in useful when destroying ground targets, especially when paired with the 2D VTOL

AG 2 Will activate the turret (can fire without activation group but 2 will alow you to control its direction) turret can turn a full 180 degrees with trim which controls the turning(tested with yaw but would reset if you let go of the button which made aiming impossible) and pitch controls up down movement.

AG 3: Will open the chamber housing the magnetic winch hook, as well as activating the winch itself. Trim adjusts the height level of the magnet,
and AG 4 will activate the magnet in itself so you can carry objects.

The cargo bay elevator extends when you drag the VTOL slider all the way down, pretty self explanatory.

These are all the controls for the ship, there are also a few easter eggs hidden, I'm won't spoil how to activate them or what they are. (Well except for one)

And finally in honor of my man @Mattangi2

Hey you! In addition to this lengthy description you can also view build logs which go more in detail about building the damn thing! I figure if you can make it through this you must love suffering! So below your can read even more horrible writing of mine!
And that's a win for both of us!
Build log 1
Build log 2
Build log 3 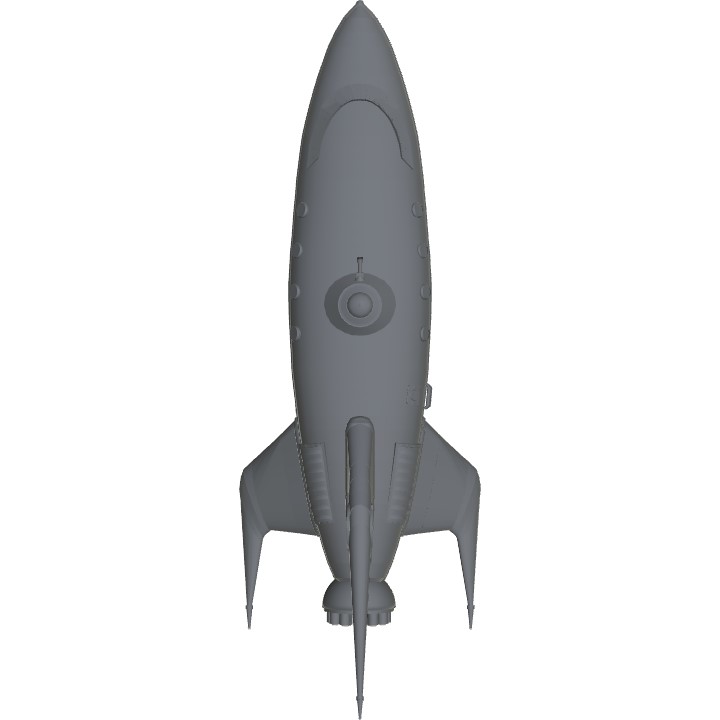 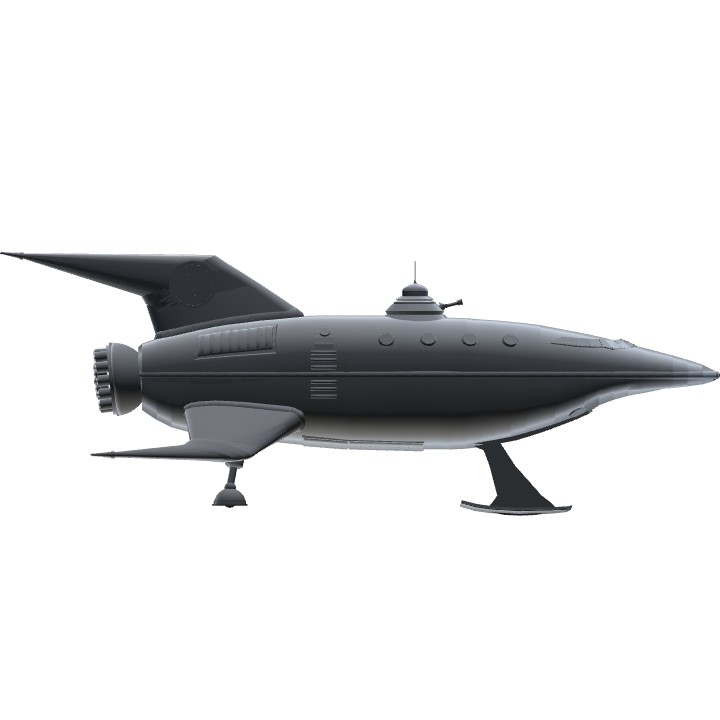 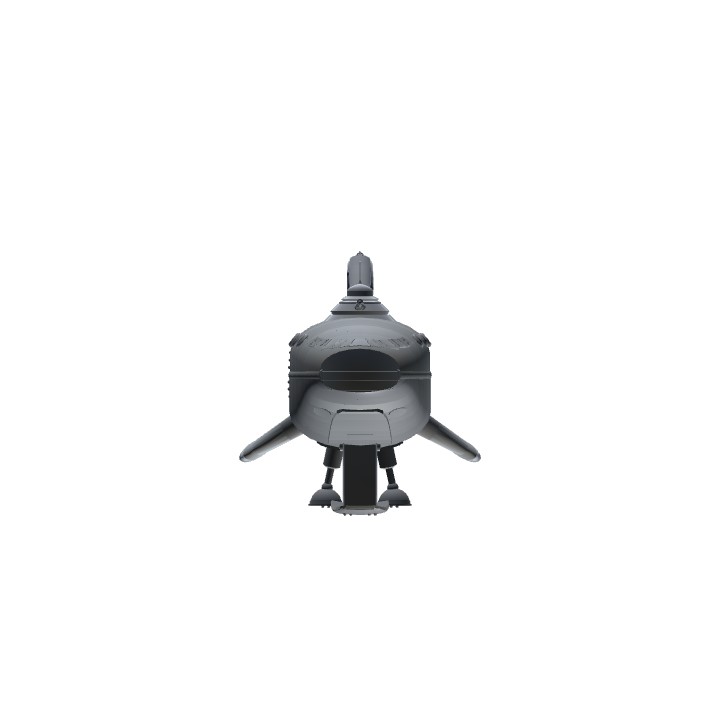