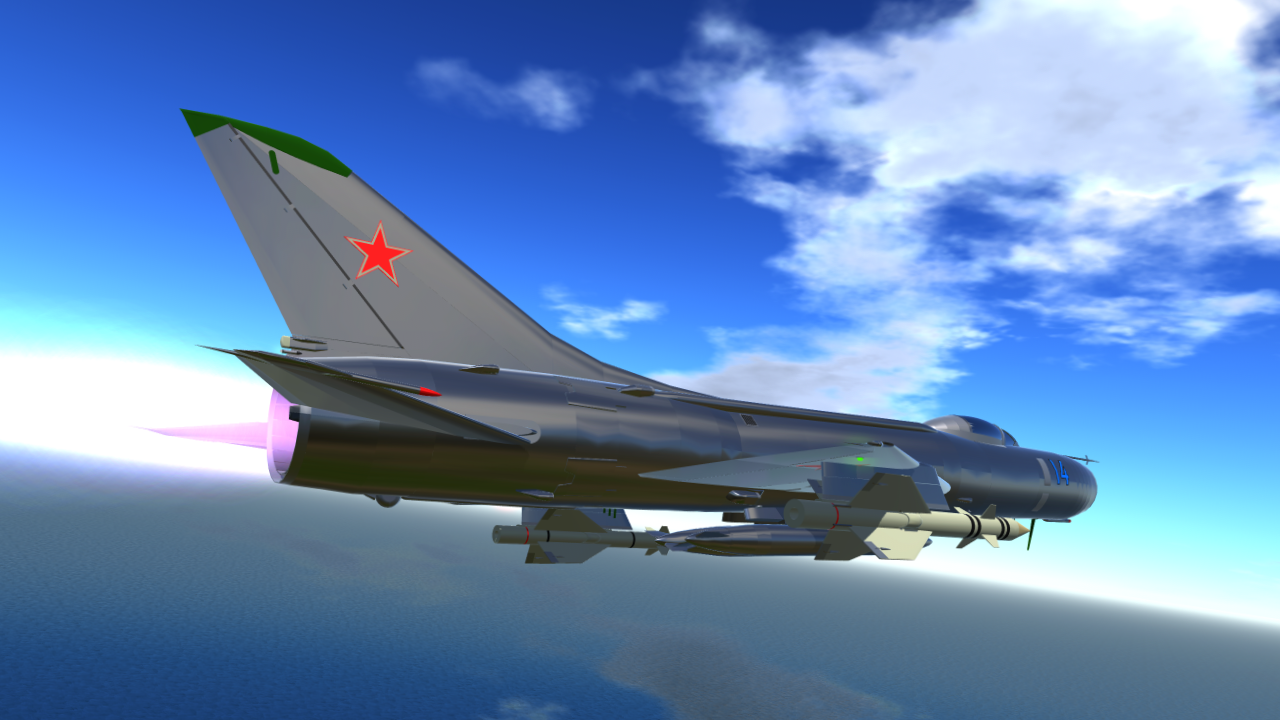 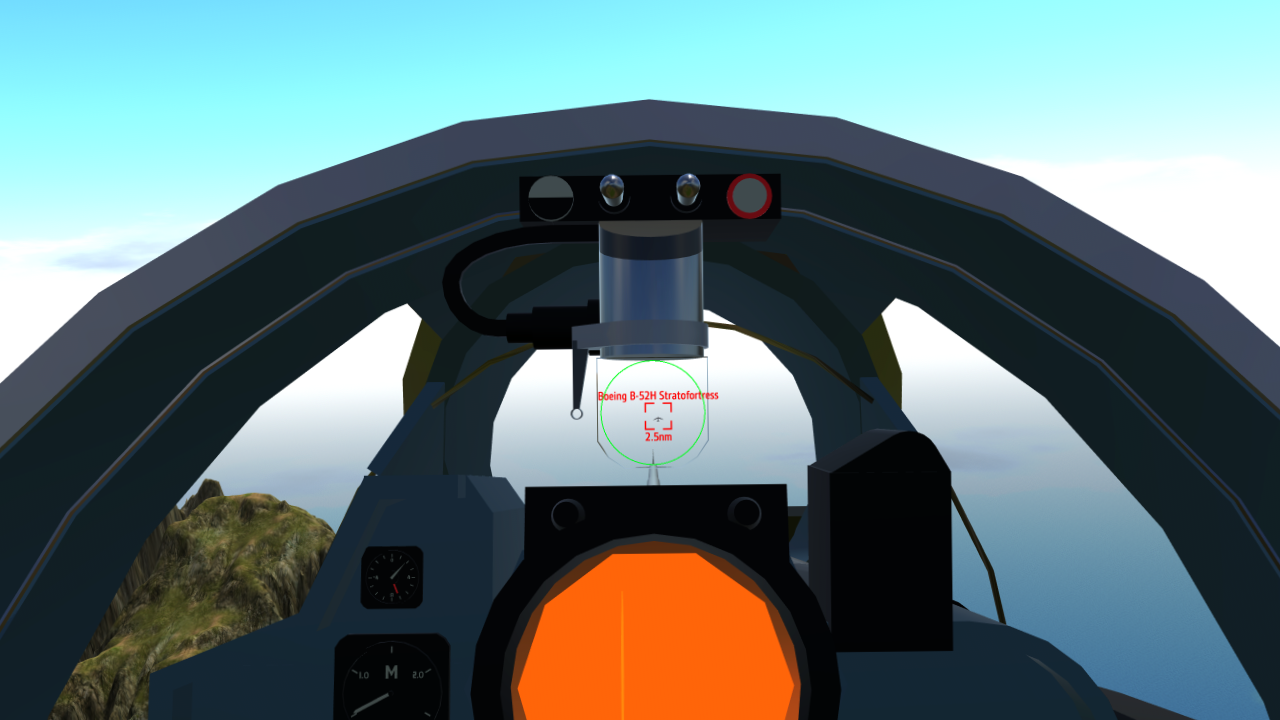 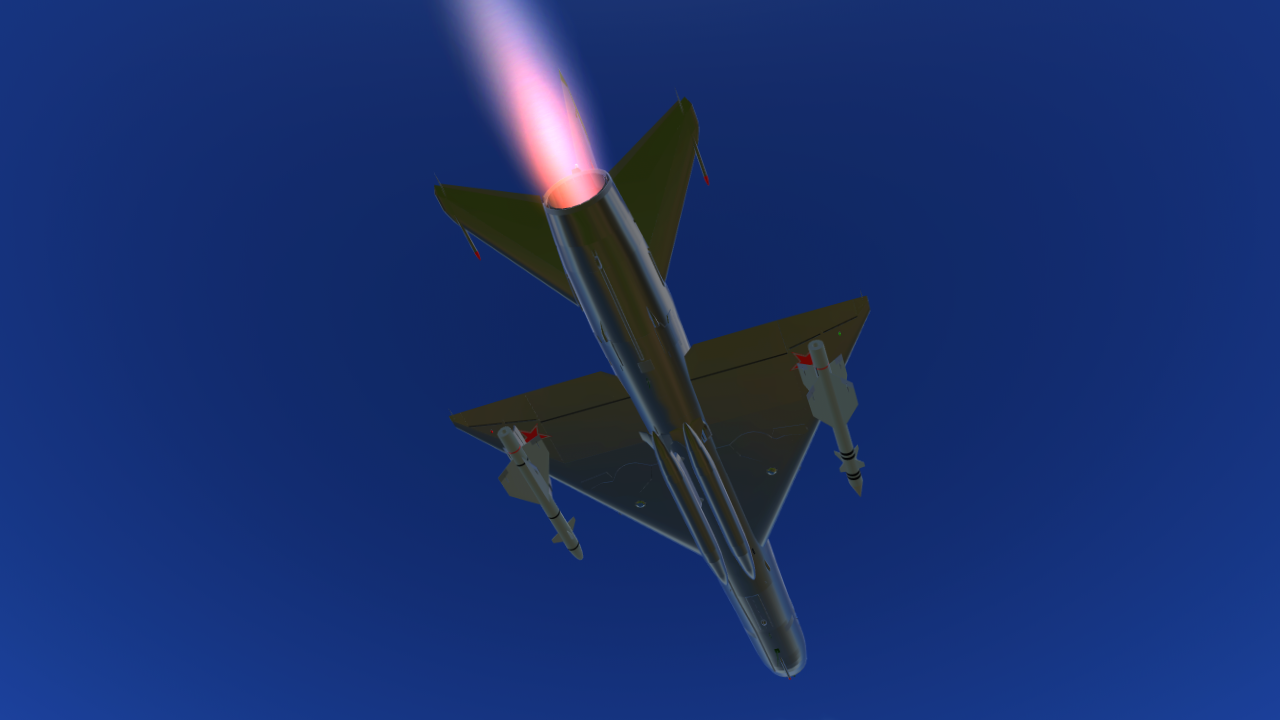 Crap! It was early, thought 2nd Lieutenant Sergei Ivanovich Nikolayev, as he yawned..."Attention! Rise for the squadron commander and unit commisar!" The commisar, Major K. Pavlov, strode confidently into the briefing room, followed close behind by the considerably more haggard looking squadron commander, Major Ivan K. Smirnov. Boy! He must have had a long night answering the unending questions on the loyalty of his personnel. The increased late night investigations and scrutiny had started about two years ago...Sergei had heard whispered rumors of a MiG-25 being stolen by an "enemy of the people", a defector who had flown the priceless jet to the USSR's Capitalist enemies. No matter, he was here now, a new 2LT in a Voyska Protivovozdushnoy Oborony (PVO) unit flying the Su-11 interceptor. He was happy to escape his cares on the ground and go chase the clouds, preparing for what he hoped would never come: A nuclear attack by the American's B-52s. He wondered: Were the American Air Force pilots like him? Were they aviators at heart who loved their country, just as he? Were they just doing their jobs and hoping the worst never came? He was confident, though, that the "SAC Warriors" would be determined, skilled and aggressive in pressing their attacks. I hope the politicians don't screw this up and start a nuclear war, though Sergei; but if they did, he would be there ready to fire those two enormous K-98 missiles and then ram a second bomber, flying into the cockpit to destroy it rather than landing back at a base that likely wouldn't even be there in an irradiated, lifeless ash heap following a nuclear exchange. For Mother Russia!

Smirnov was briefing the day's mission: "You will be conducting an interception of a Tu-95 simulating an American B-52 and will be under GCI [Ground Controlled Intercept]. Just fly the headings, speeds and throttle settings they give you and fire when ordered." His eyes flitting momentarily towards K. Pavlov..."Don't deviate from directions! Understood?" Smirnov was a good commander, he took care of his men, but the unrelenting pressure of running a unit with that jerk Pavlov scrutinizing his every move had to be crushing. All his unit's men had to say the right things, be unswervingly loyal to the revolutionary ideals...even THINK the right thoughts. Enemies were everywhere! It must be exhausting! Sergei wondered if Ivan would, if given a chance, run for Turkey if he didn't have a wife and children he would have to leave behind, like that MiG-25 pilot had. He pushed the thought out of his mind. It would be too difficult, even the radios were preprogrammed with only the few frequencies needed to conduct training. "Attention! Get suited up! We will walk to the jets in 30 minutes!"

Credits: BogdanX and EternalDarkness for flight testing and evaluation. FairFireFight for the glorious R-98 missiles! B-52 by TawyOwl...Thud by me. Thanks to all my friends at SPMC for general encouragement and help!

Mach effects have been incorporated for both the shock cone, which operates between Mach 1.5 - 2.2, as well as reduced turn rates when flying in excess of Mach 1.0.

Buffeting has been incorporated with increasing angles of attack. Light buffet is good, heavy buffet is bad (read notes below).

WARNING: Ensure aircraft is safely away with a positive rate of climb prior to raising landing gear. Do not allow aircraft to settle into runway just after liftoff.

NOTE: Slightly releasing back stick pressure and trimming nose down slightly once safely airborne to reduce the angle of attack and induced drag will increase acceleration rates following takeoff. Do not allow the aircraft to settle back into the runway.

Ivan Says: "Comrade! This aircraft has a symmetric wing...you can feel the maximum turn performance on the light buffet and see the light shaking on the instrument panel. But, pull too hard on the stick and the jet will buffet heavily, resulting in unacceptable airspeed loss, which not only waste's the People's jet fuel, it can result in a stall during landing approach or getting your mount shot out from underneath you by a NATO Phantom. Pull hard enough to get to the tickle, but avoid the heavy buffet!"

Maximum Speed Limitation: Mach 2.2, though aircraft is capable of exceeding this speed.

With the big delta wing, the initial rate of turn is extremely good for the first 180 degrees ("bat turn"), but energy loss is very high at increased angles of attack and/or G loads in excess of 5 Gs. Use of afterburner is required to sustain best rates of turn for as long as possible and a tradeoff of altitude may be required to minimize speed loss.

Best acceleration is achieved by “unloading”—relaxing back stick pressure slightly to 1/2 G, lowering the angle of attack and induced drag. Useful in all phases of flight when best acceleration is required and during combat engagements.

Best initial rates of turn are achieved at high indicated airspeeds, but less than Mach 1.0 and on the "tickle".

CAUTION: When slowing below Mach 1.0, turn rate and G loading will increase abruptly during the transition, use caution to prevent exceeding maximum load factors (+7 G).

Aileron forces are light and roll rate is very good with power boosted controls in all 3 axes. Rudder is effective for rolling the aircraft and may be preferable in place of using ailerons when rolling at very high angles of attack.

The R-98 MR (Semi-Active Radar Guided) and R-98 MT (Infrared Guided) missiles are designed to emulate the frustration Su-11 pilots must have felt being constrained by strict, controlling GCI instructions and also have a narrow Field of View (FoV), just like RL. Soviet doctrine emphasized following ground instructions and firing both missiles at a single target, the MR first, followed closely by the MT. Should the missiles miss, accepted Soviet tactics included ramming the target, which was quite common during WWII.

Otherwise, the Su-11 is optimized for high altitude, high speed flight. The Mach meter is accurate and will help monitor your maximum Mach of 2.2 and preferred interception profiles included a rapid climb to the mid-20,000' regime, accelerating above Mach 1.0, then climbing up to 40,000'+ and accelerating to maximum airspeed.

The missiles are large, heavy and draggy...they will limit aircraft performance significantly, just as they did IRL, which must have also been frustrating for Su-11 pilots. The jet flies much better once they are fired.

Slow below 250 KIAS / 460 kph indicated airspeed prior to extending landing gear. Lower flaps to full. Slow to no slower than 160 KIAS / 300 kph indicated airspeed on final (faster if heavy with fuel and stores), approximately 65% RPM. Approach should be flown "on the tickle"...the instrument panel will lightly shake. Approaching the underrun, reduce power to idle (0% RPM) and flare slightly. Just as IRL, a little extra speed may be required to smooth the touchdown. Deploy drag chute (AG4) as required to reduce landing roll.

WARNING: Allowing aircraft to slow excessively on final will lead to a high sink rate and impending stalled condition. Simply pulling back on the stick will only aggravate a shallow, low glide path. Add power, accelerate and slightly reduce AoA if necessary, to correct glide path. If not corrected, a stall accompanied by wing roll off in excess of 60 degrees is possible. Should an approach stall accompanied by roll off be encountered, aileron WILL aggravate the adverse roll, correct the situation by simultaneously relaxing back stick pressure to lower the angle of attack below the critical AoA, advancing the throttle to MAX power, rolling to wings level using a combination of rudder and ailerons and arresting the sink rate.

CAUTION: Allowing aircraft to slow excessively on short final will lead to a dropped in landing, sometimes accompanied by a bounce and possible aircraft damage. If encountering a bounce, release a small amount of back stick pressure to arrest the height above the runway and arrest the sink rate just prior to re-contacting the runway. Do not allow the nose to contact the runway surface first.

Ivan Says: "Comrade! In order to land on speed, you must fly final "on the tickle"...observe the instrument panel lightly shaking. However, fly any slower and getting to the heavy, low frequency buffett which indicates a stalled condition, will kill you! Unless you want a State funeral, the Order of the Red Star and your family to receive a middling pension for the rest of their lives, you would best avoid the heavy buffett on final!"

On a personal note: Growing up during the Cold War as a future Air Force pilot, the USSR's air force was always an intriguing mystery that the West was constantly trying to figure out. I remember looking at a photo of Su-9 pilots scrambling to their jets. I wondered if they were like me and if we were going to meet in combat one day. Many years later, the Cold War is over, the USSR is dissolved and the threat of nuclear annihilation is much diminished. But, if the balloon had gone up, I am sure that like us in the West, they would have flown and fought valiantly. 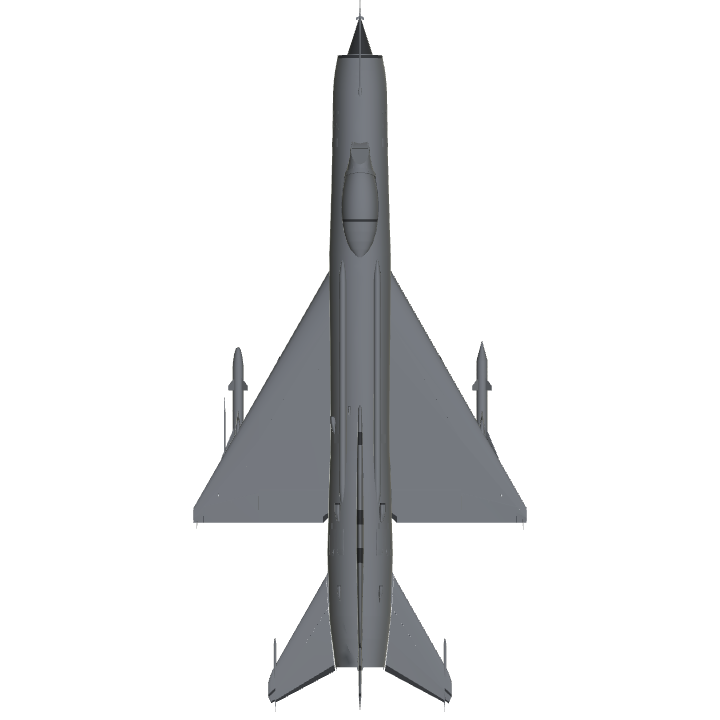 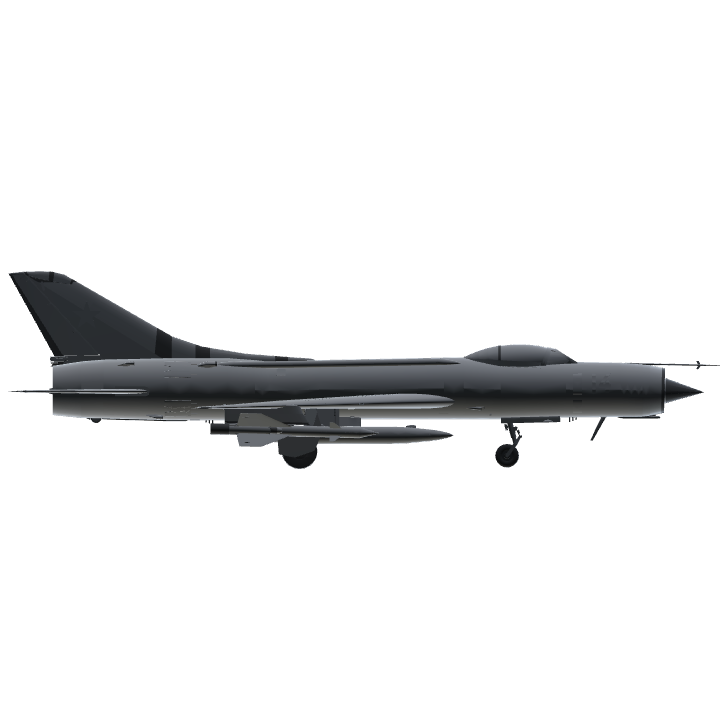