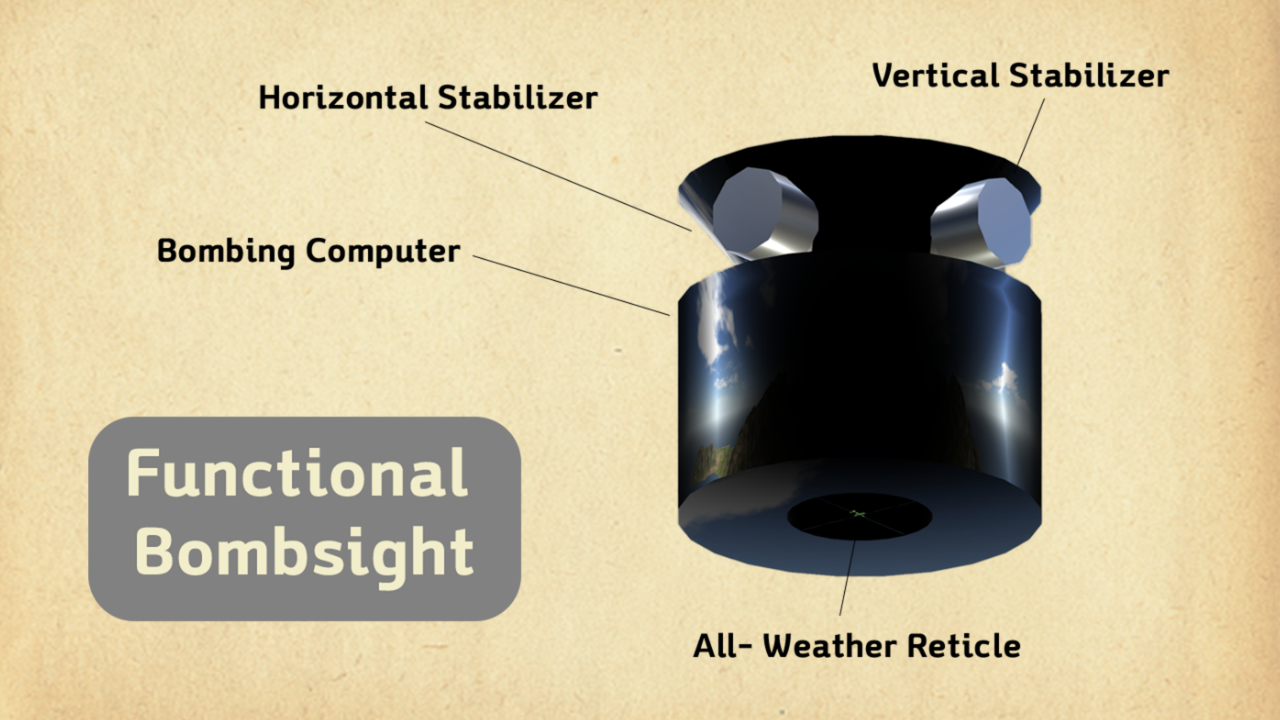 Hey folks, it’s been a while since I’ve released an actual build- and here I am. This time around I bring something quite awesome: it’s a computerized, functional bombsight that works at any altitude. It’s been designed for ubiquitous use across any payload-armed aircraft. This is only an example of the capabilities that the new input system brings us- and this is my first complex contraption to use it. Without further ado, here’s the build: The controls are quite simple- first switch to the camera for the bombsight. Next, refer to this image: While the bombsight is very accurate for altitudes under 5000m, for anything above 5000m the high-alt reticle will automatically light up. Use that when bombing from high altitudes. Some guidelines when using this bombsight:

It’s an inconspicuously shaped contraption, but it houses a rather complex system.
The system in made up of two parts: the housing and the bombsight. The housing is comprised of a two-plane stabilizer, similar to that on a Norden bombsight. The stabilizer is made up of two rotators, each with an input of: clamp(RollAngle*0.01, -1, 1) and clamp(PitchAngle*0.01, -1, 1). These take the plane’s orientation and counter it, providing a stable platform for the system.

Next is the actual bombsight. It’s regulated by a single hinge rotator- seems simple, right? Yes and no- while I won’t go into detail about how I obtained this bombing solution– go see how I calculated it here– anyway the system takes an input value of

It was quite fun to figure out how to build this. I think this is a leap in the field of flight instruments and various equipment in SP, and this bombsight is only the beginning. I think the people who enjoy more of the realism will love this! I think my next project with the new input system will probably be a Fire Control System for Naval Artillery- stay tuned!

As always, have fun!
- SnoWFLakE0s 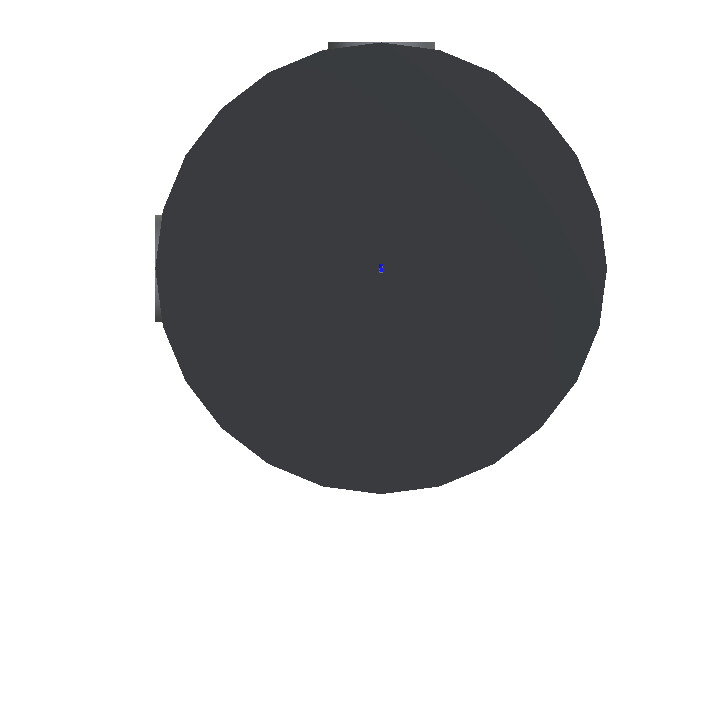 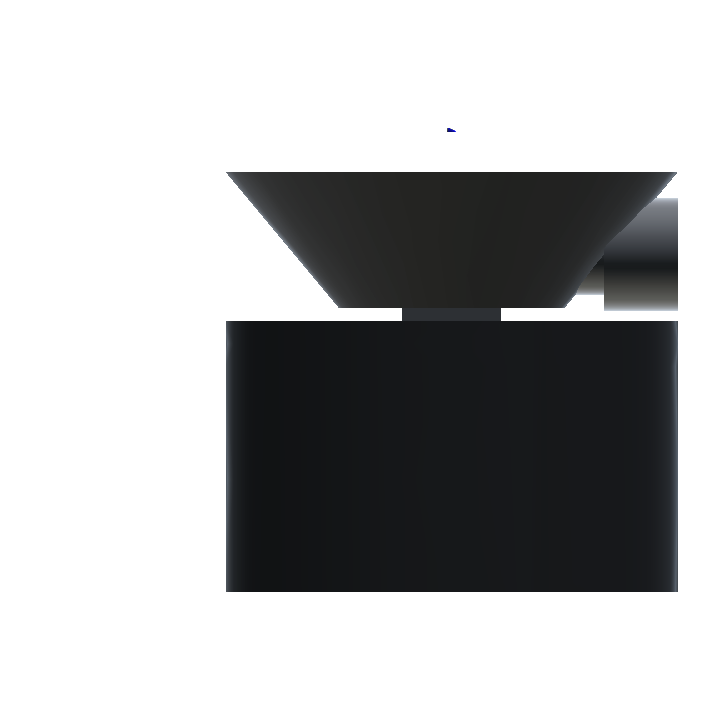 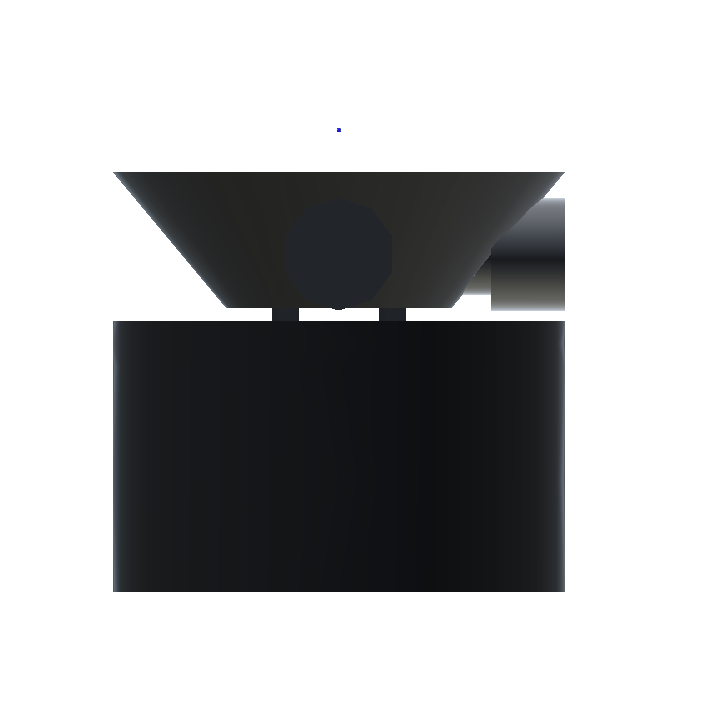