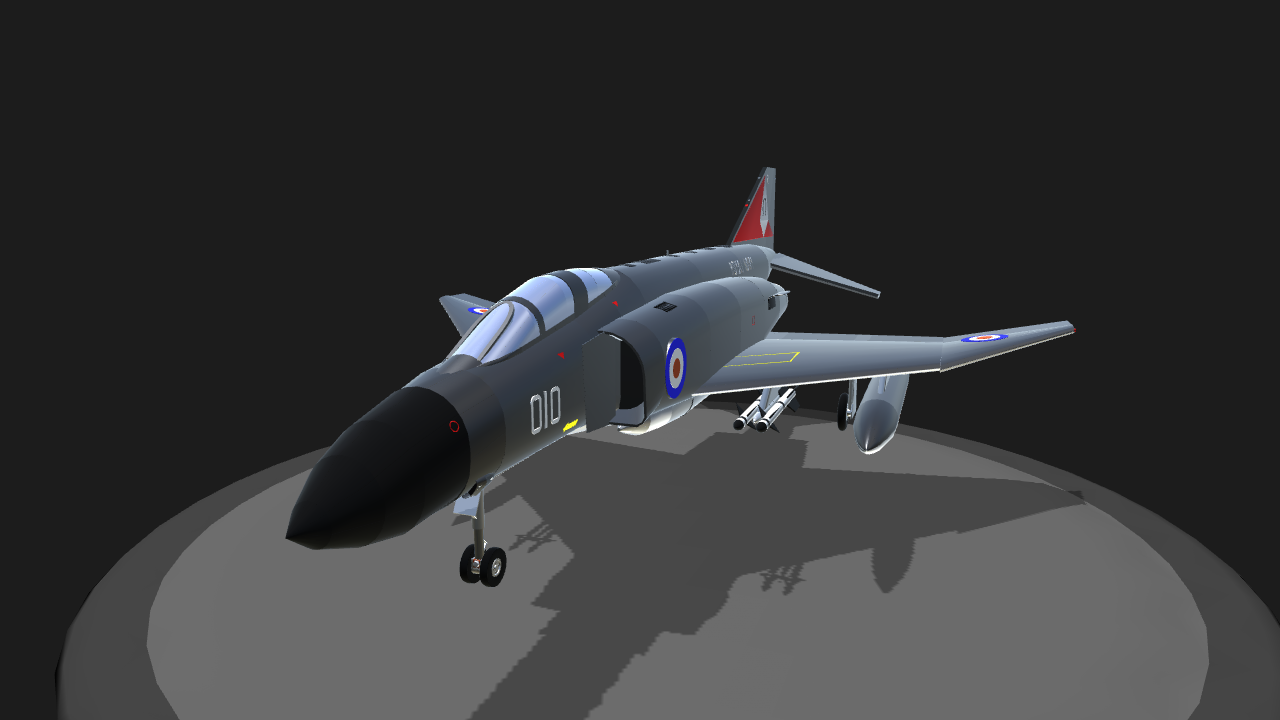 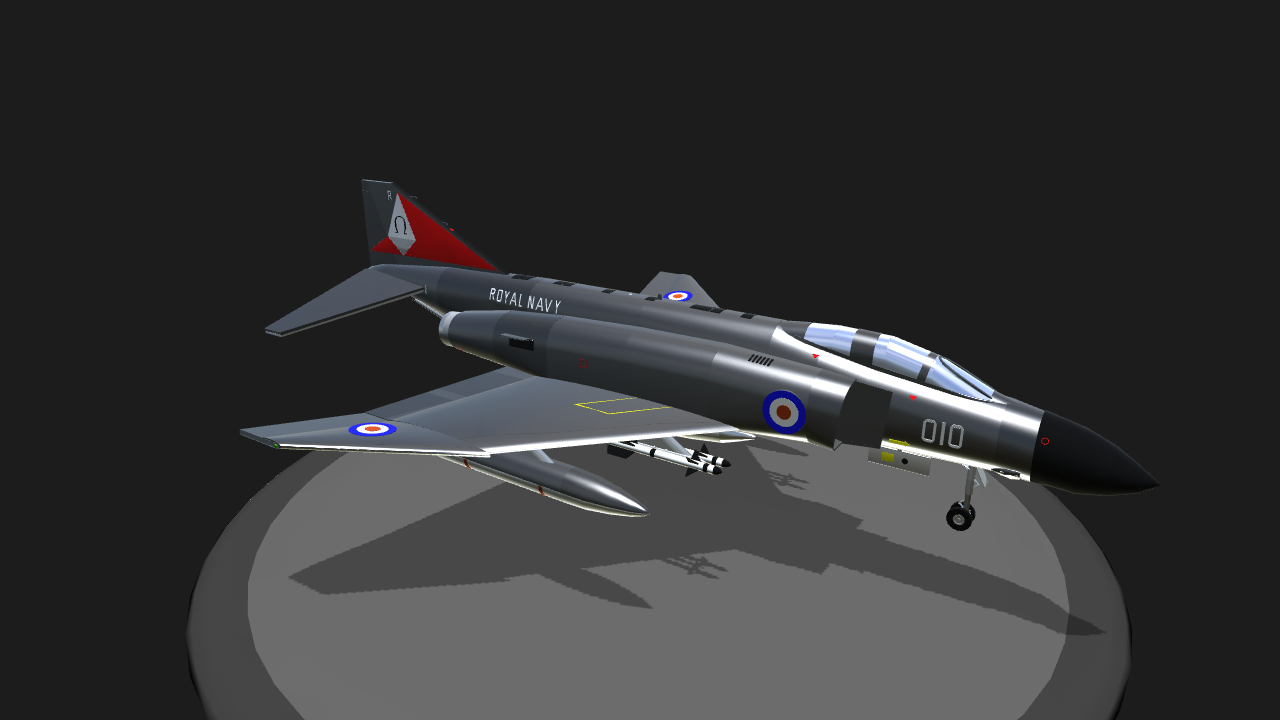 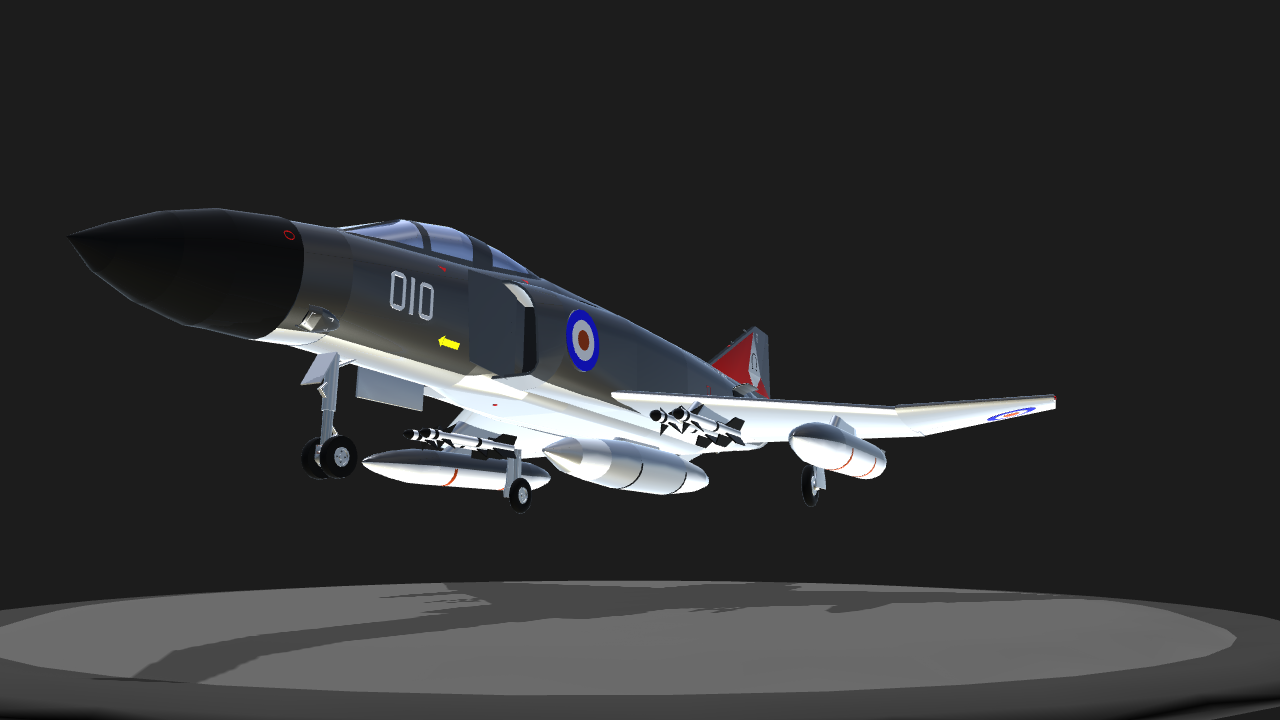 Does anyone remember that little thing we brits had called a Fleet Air Arm? They have a museum in Yeovilton that I loved as a kid and this got me thinking..... plenty of F4s on this site. Not many of the UK variant operated by said FAA. So yes, I know the F4s as common as flies on this site and I apologise for dabbling in main stream - but I can’t say I’ve recently seen a F4k F.G1. After all it was a slightly different breed from her yank parents. Before I continue boring you all to death I’ll surmise the instructions and key points below.

For use with high physics setting only. (Apologies, it will fly on lower settings however as soon as speeds of over 400 are achieved the tail control surfaces jutter about the place leading to catastrophic structural failure. Couple this with the failed effort at the extendable oleo that would semi work, things got a little frustrating. The RN version should have quite a pronounced extending nose oleo. I made this, it worked and looked the business. With landing however the strength of the pistons was not up to the task of even the most gentle of carrier landings. After many trips to the swear jar this feature was sadly curtailed. Grrr SPs. And you want me to buy SR2....
Detailed FAA variant
Roughly 1:1 (UK version differed in length and width)
Realistic “max chat” at cruise and with afterburner
Accurate loadout
AG1 for the afterburner. (Good for about 1,500mph at 40,000ft)
AG2 folds the wings
AG3 lowers/raises arrestor hook
AG4 releases wing ext tanks
AG5 releases central ext tank
Both AG4&5 are heavily frowned upon by the admiralty unless on active ops.
AG8 will dim the blinkers for tac ops.
Can land on ‘the beast’ facilitated by VTOL for flaps and air brakes on the throttle-brake action unless you wish to do a “bolter” on landing.

Money saving procurement gone bonkers. This is what led to the farcical decision to buy off-the-shelf from our American cousins as opposed to supporting jobs and industry at home. To lessen the blow to our own aircraft industry the procured F4s were to be fitted with the Rolls-Royce Spey turbofan. Unbeknown to however made that decision, the Spey wouldn’t quite fit into the existing airframe, it being too wide. This led to pretty much everything back aft being built and fitted out in Blighty and at some spiralling cost too. Rather ironically it was reckoned we could have seen home built contenders for the F4s role through to completion at a much reduced unit cost.... Labour government. They knew what they were doing......apparently.

Power plant type and smaller carriers led to various subtle differences from the American operated F4. The air intakes were 20% wider to facilitate the larger engines and auxiliary intakes were fitted towards the rear. The landing gear had to be beefed up to allow for F4s returning with unused ordinance as it was against policy to ditch them prior to landing. A further extending nose oleo was fitted to help gain angle of attack on takeoff from the shorter carriers. (I made this extendable oleo over many hours however I could not get the pistons to stop breaking on landing so rather regrettably, I’ve left them out.) This increase in angle on take off led to a water spray cooling system having to be installed on the flight deck of British carriers - we just damaged the American flight decks when we used theirs.....

All said and done the F4 was a magnificent beast and epitomised the design philosophy that prevailed in the US during the late 50s early 60s of power, speed and the ability to carry a heck-of-a-lot of democracy at the touch of a button! I think the opinion of the legendary Sir Sydney Camm said it all - no British aircraft can be considered a success until it is able to match the capabilities of the Phantom. High praise indeed! 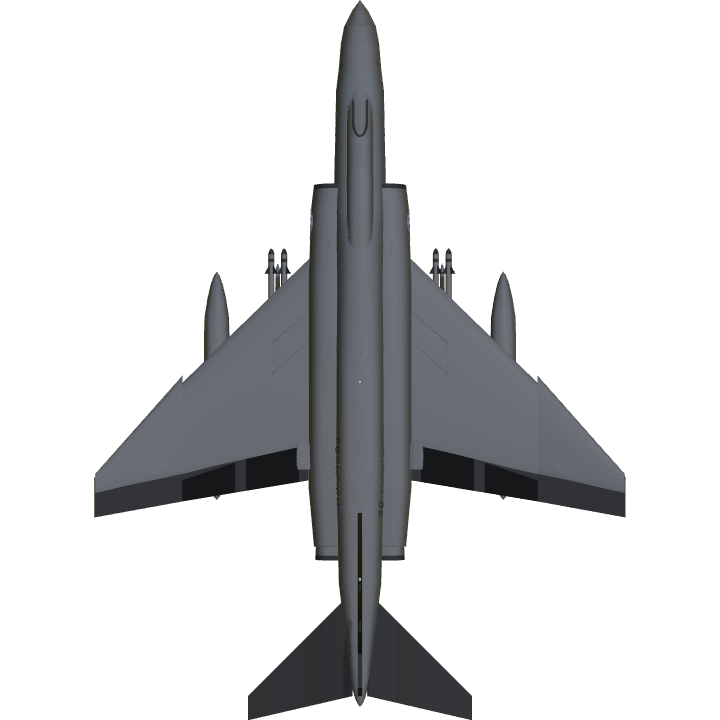 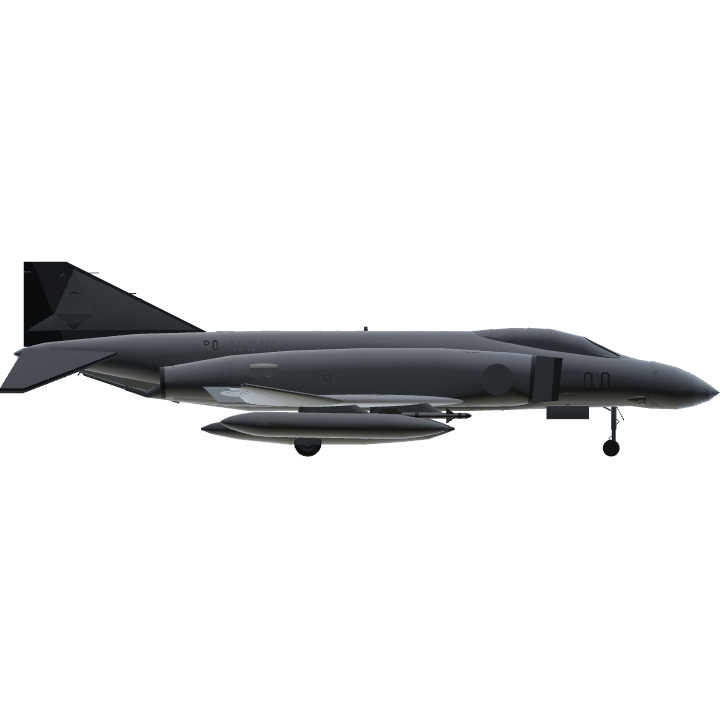 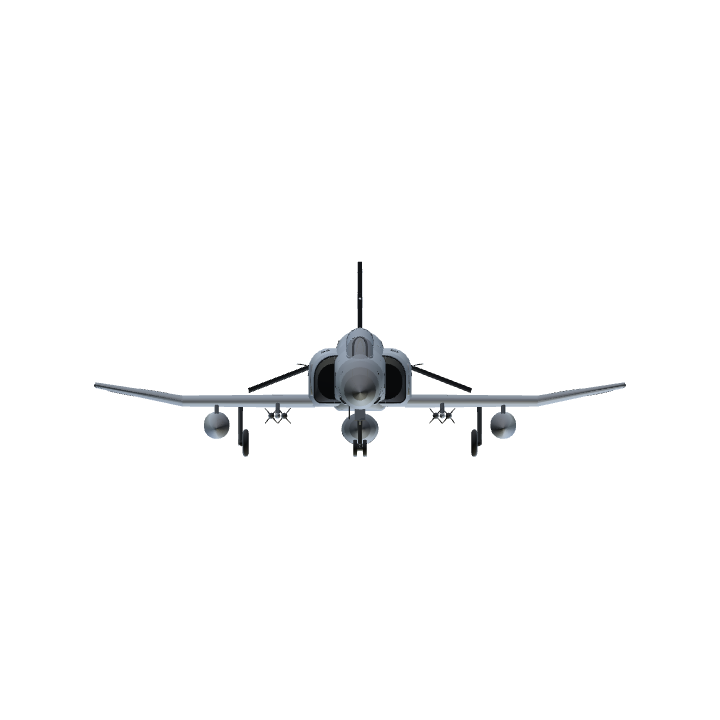