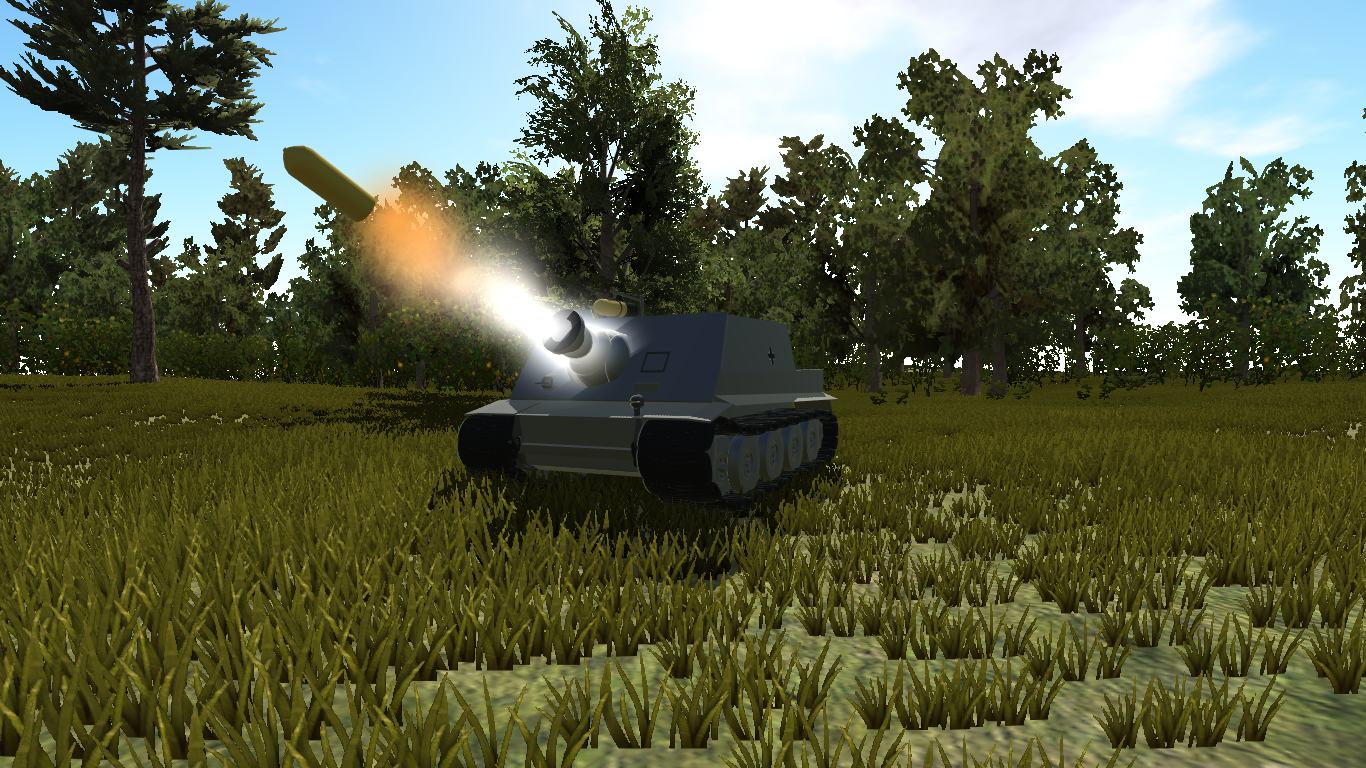 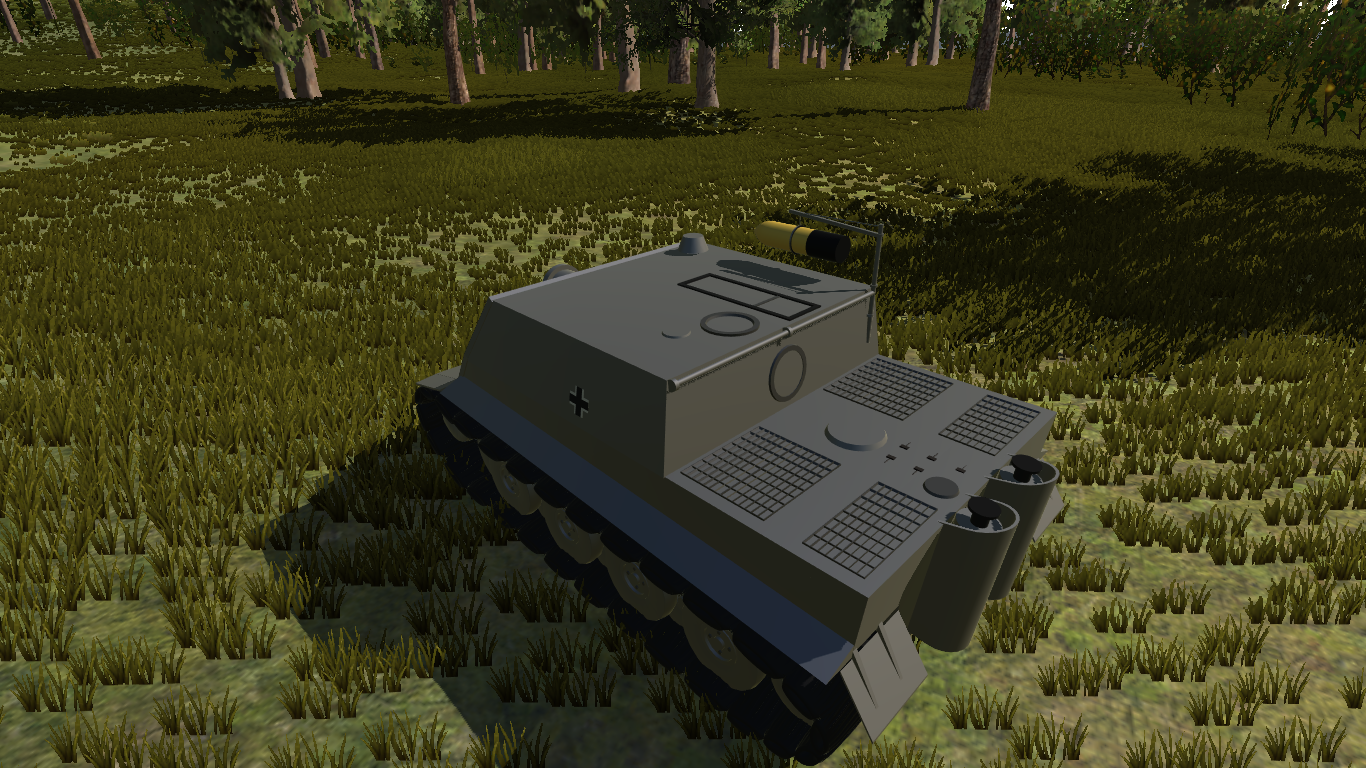 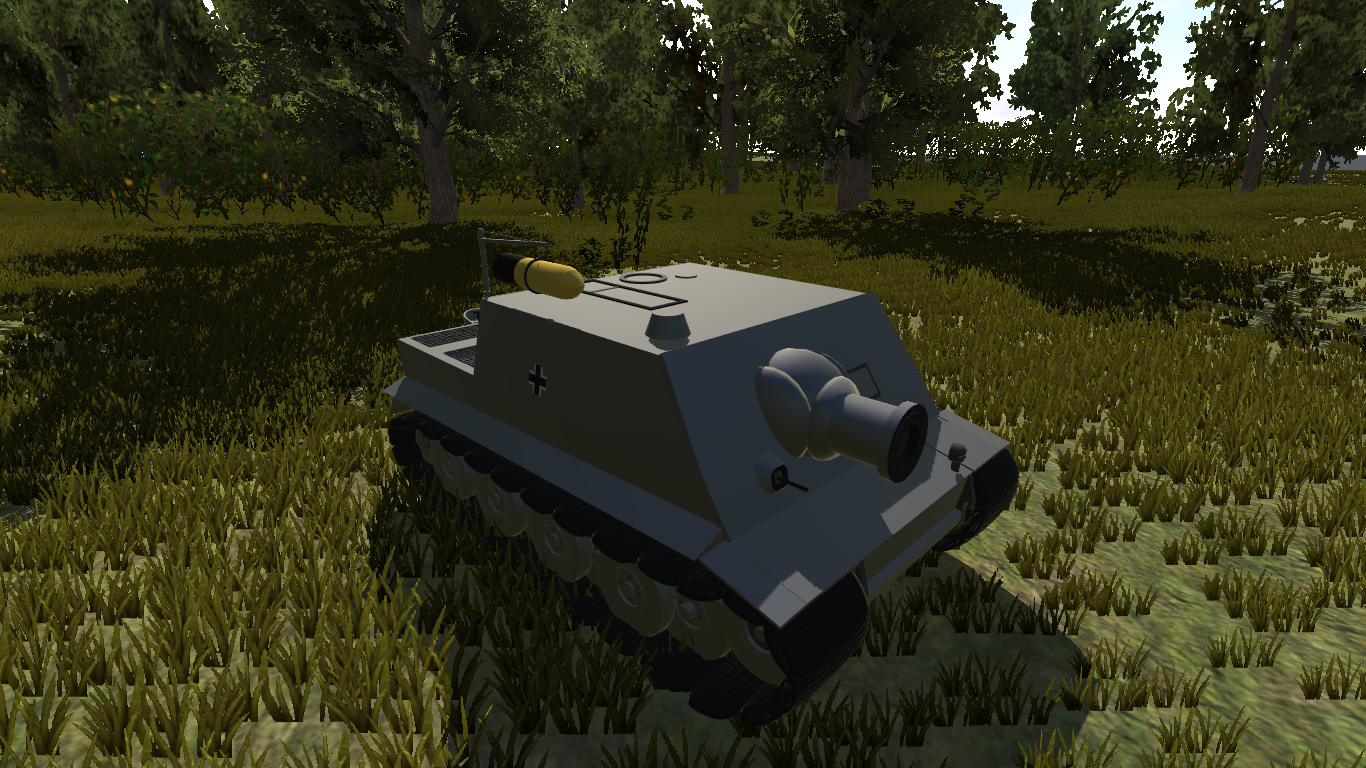 This is the last version of my 10k Tiger I, this time I rebuilt the entire upper section of the Tiger and turned it into a Sturmtiger (german: Assault Tiger) 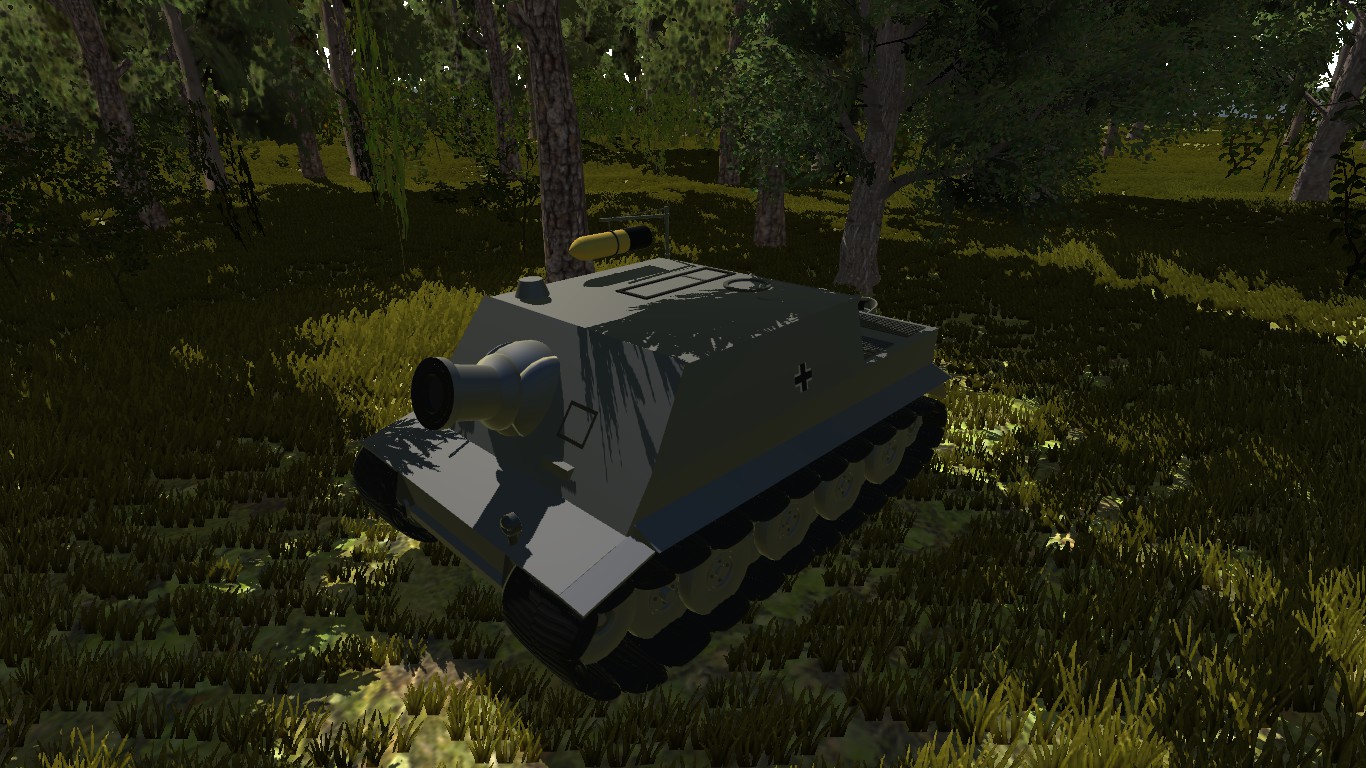 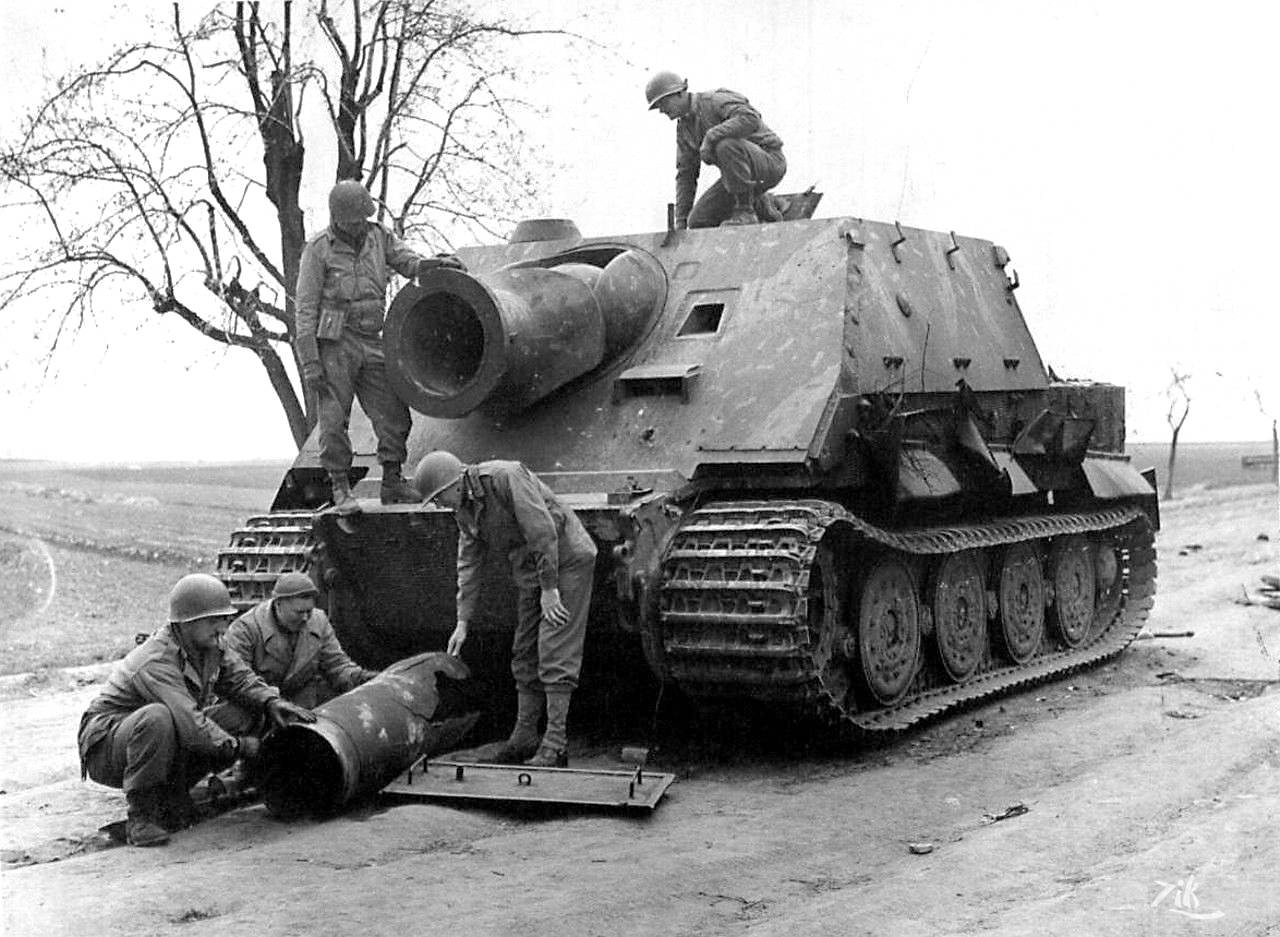 The idea for a heavy infantry support vehicle capable of demolishing heavily defended buildings or fortified areas with a single shot came from the experiences of the battle of Stalingrad. In september 1943, plans of a heavily modified Tiger tank, equipped with a 380 mm RW 61 rocket launcher were made. Production started and the first Sturmtigers were completed on the 20th of February, 1944. The Sturmtiger first saw action on the 13th of August, 1944, during the Warsaw uprising. From then, Sturmtigers were mainly used for defensive operations, mostly on the western front. During the battle for the bridge at Remagen. Sturmtigers were tasked to destroy the bridge itself but because of their poor accuracy, they couldn't hit it. Instead, one of them accidentally hit a group of stationary shermans in the village, making all of them unusable and killing or wounding their crews. This is the only reported time when the Sturmtiger directly hit enemy tanks.
Today only two Sturmtigers exist (18 were built during the war) one of them is in the Deutsches Panzermuseum in Munster, Germany while the other one is in the Kubinka Tank Museum in Russia. 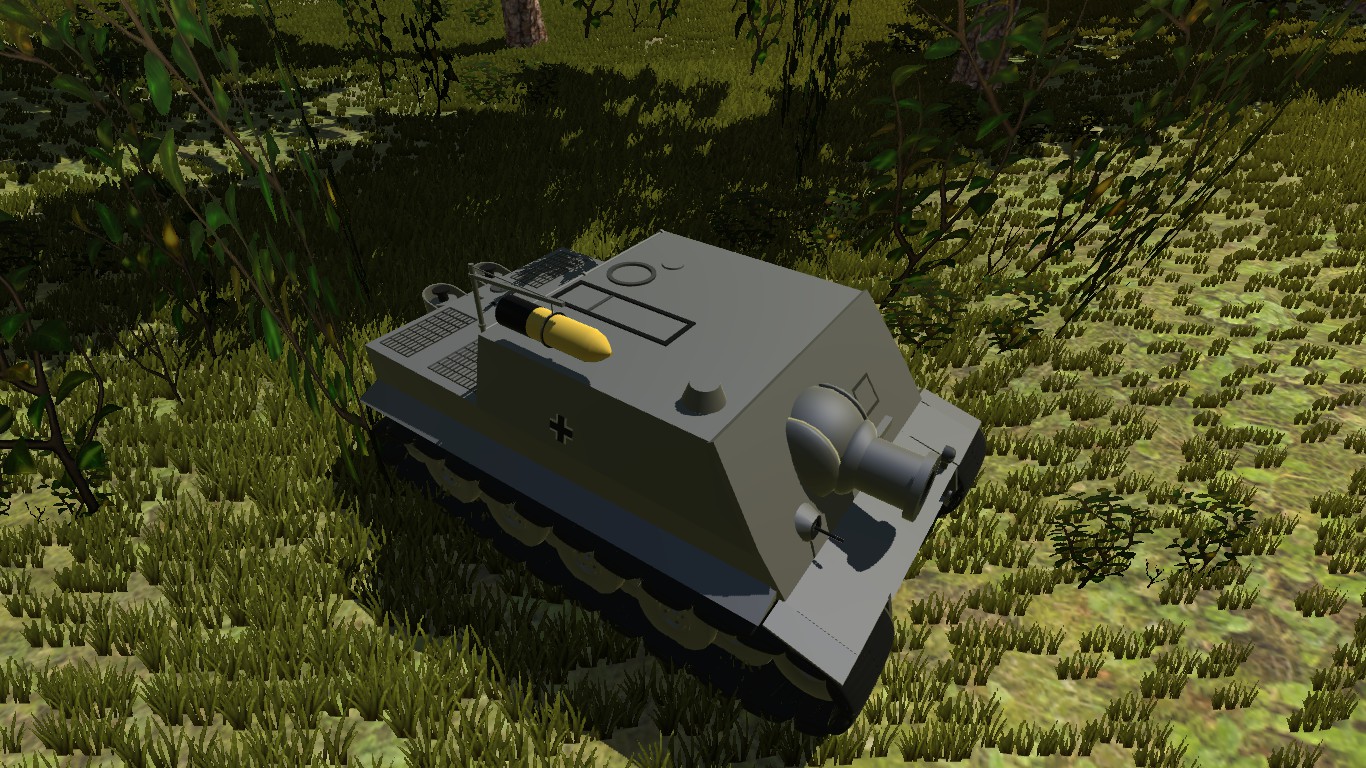 The controls are vastly different from the original Tiger as the Sturmtiger's main weapon cannot rotate in 360 degrees. It can only rotate its gun 10 degrees in both directions and if you want to rotate more than this, you must turn the entire tank. Aiming is very different too (further about this in the Aim section). The Sturmtiger also has a mounted MG-34 machine gun with moves separetly from the main gun.
The features:
Here's a demonstration: 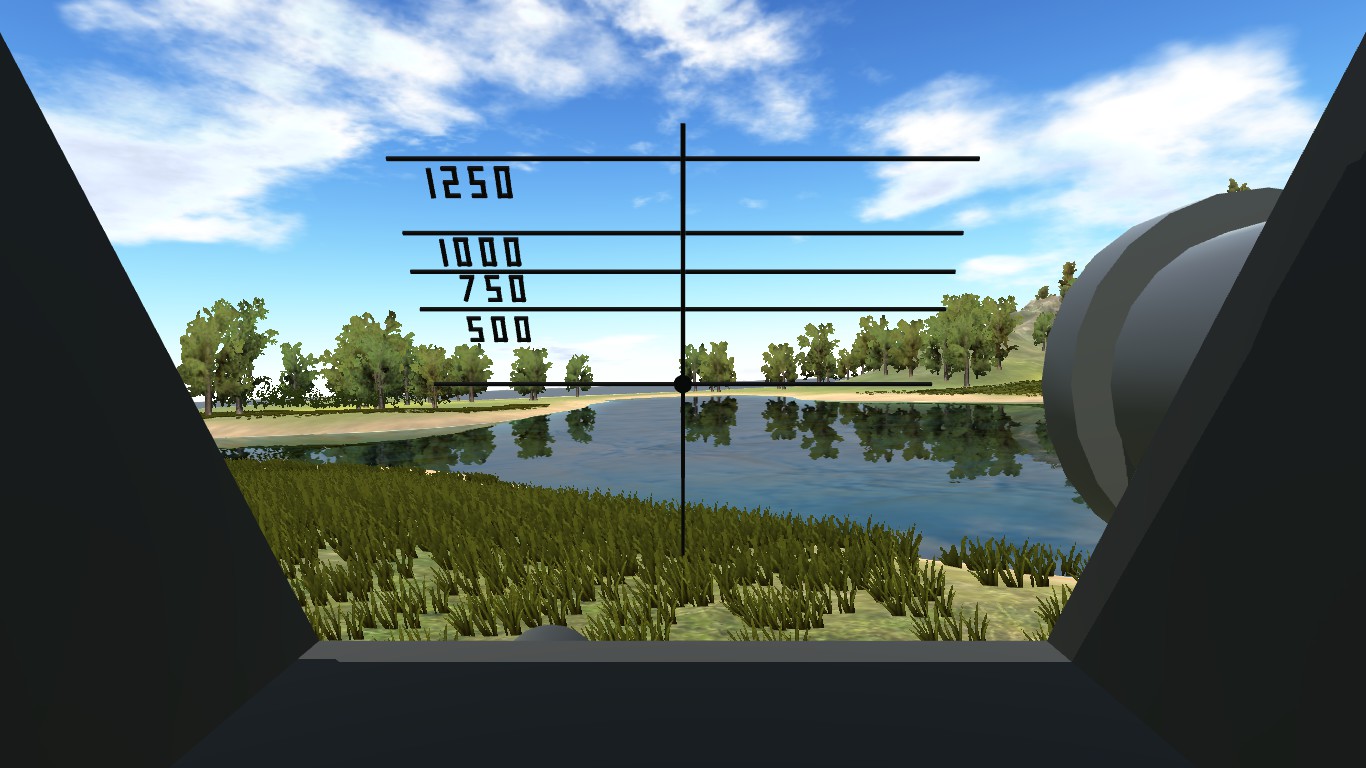 On the picture above you can see the tank's gunsight (CAM1). This tank is a mobile mortar, so it doesn't shoot in a straight line like the original Tiger. Instead, it fires a rocket up in the sky which then falls back and causes a huge explosion. The horizontal lines mark distances: 500 meters, 750 meters, 1000 meters and 1250 meters. To aim, just use pitch and rise the dot up to the distance you want to fire at. The tank has a maximum firing range of 1300 meters (at least that was the furthest I could shoot when testing on a completely flat surface) Aiming works the best when the tank is standing completely horizontally. It's still possible to aim even if you are standing on the side of a hill or something, you just need to practice to get the feeling of it.

DO NOT fire at targets that are closer than ~400 meters. The explosion will hit you too and there's a high chance all your ammunition will explode at once resulting in a huge explosion and your tank being completely destroyed. 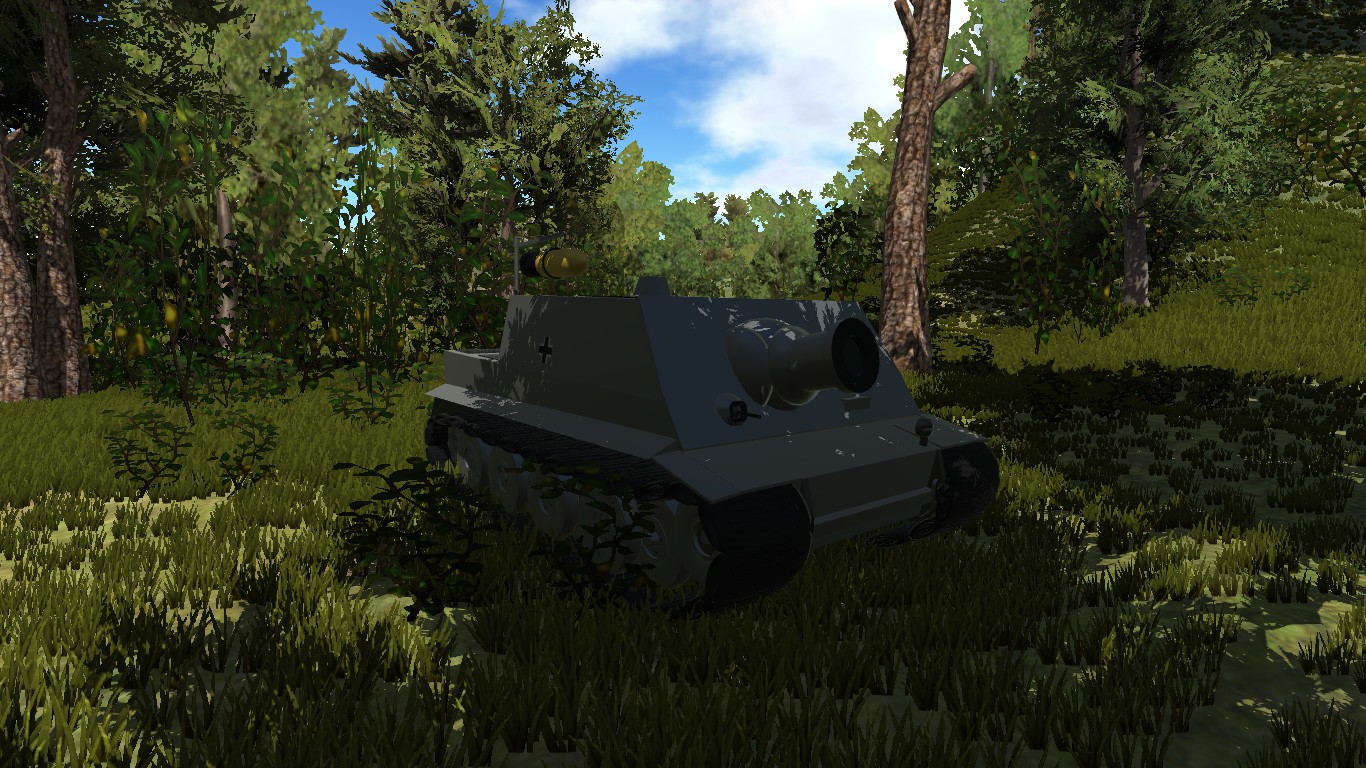 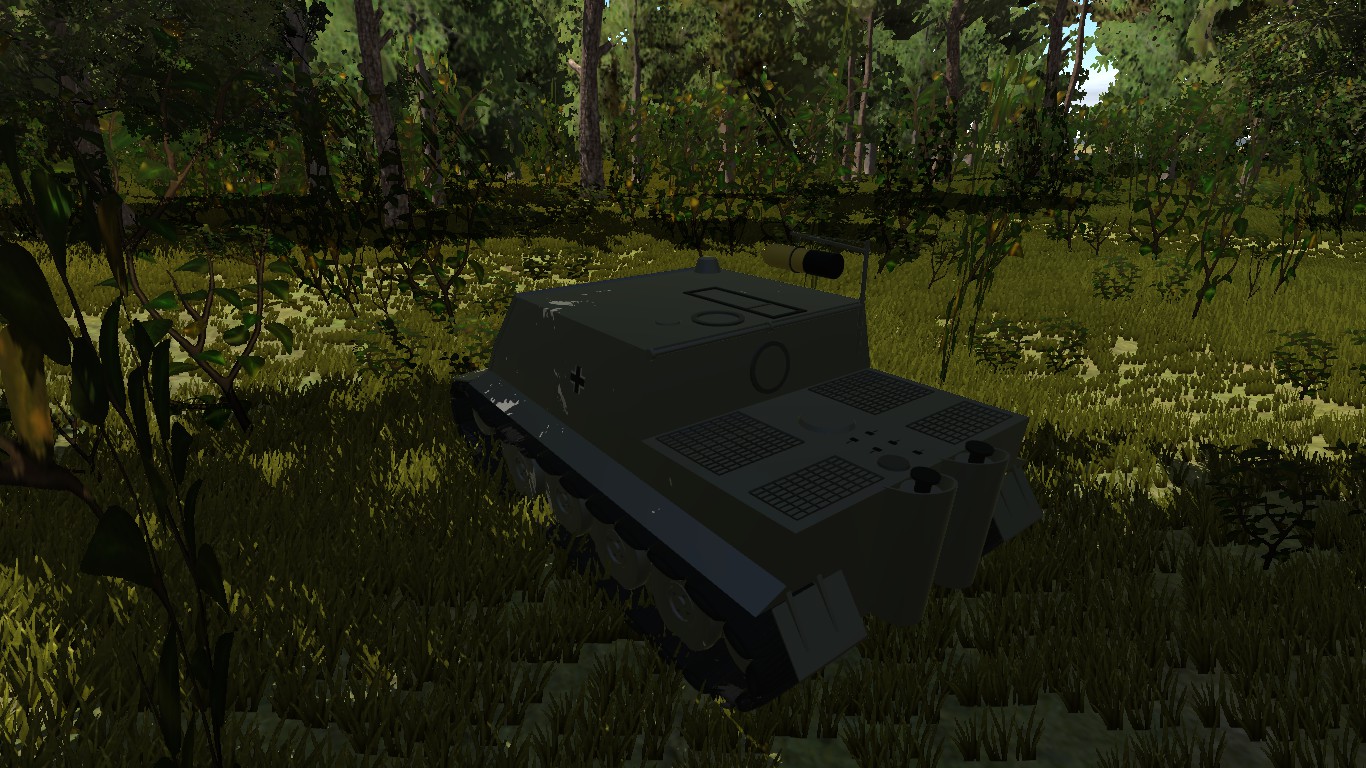 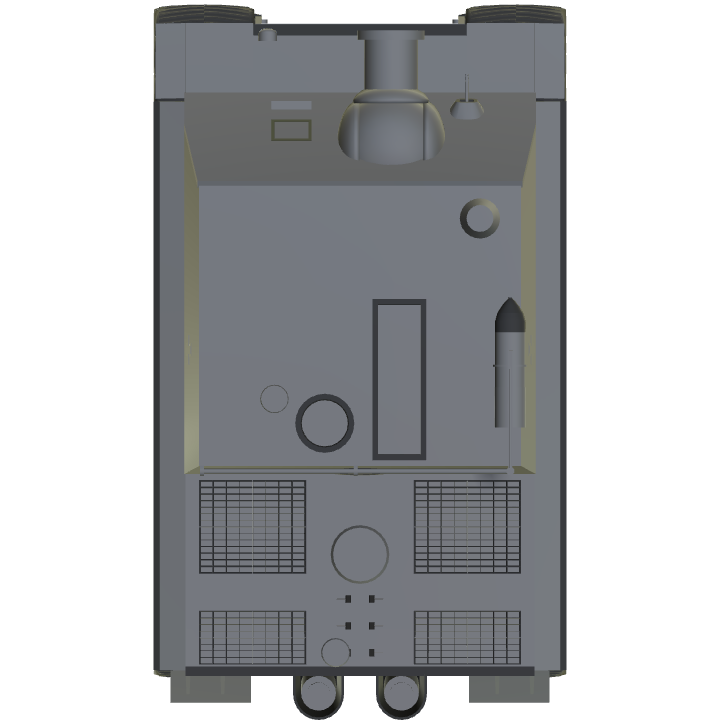 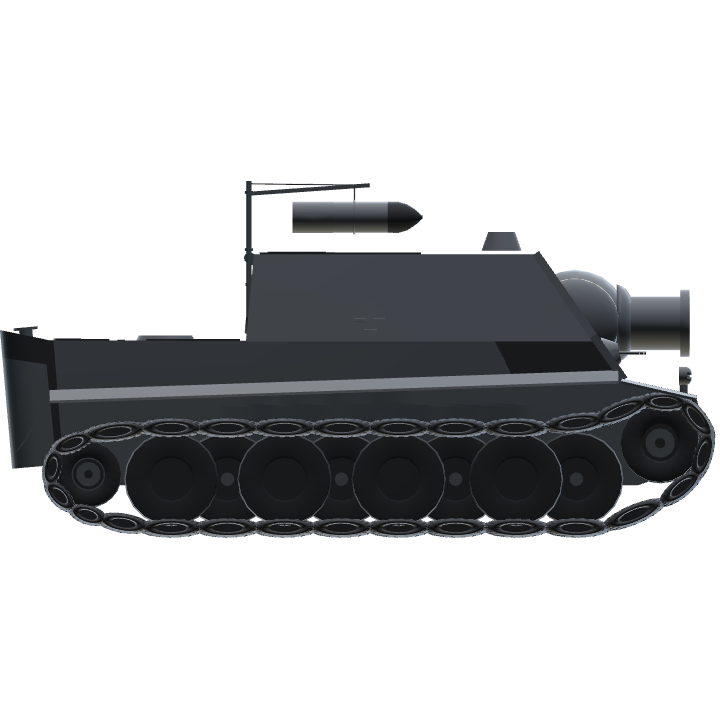 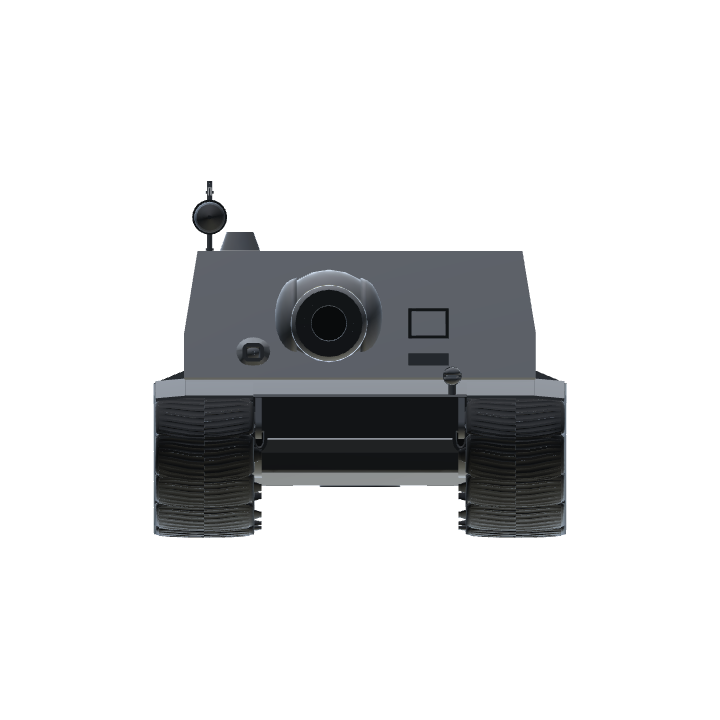