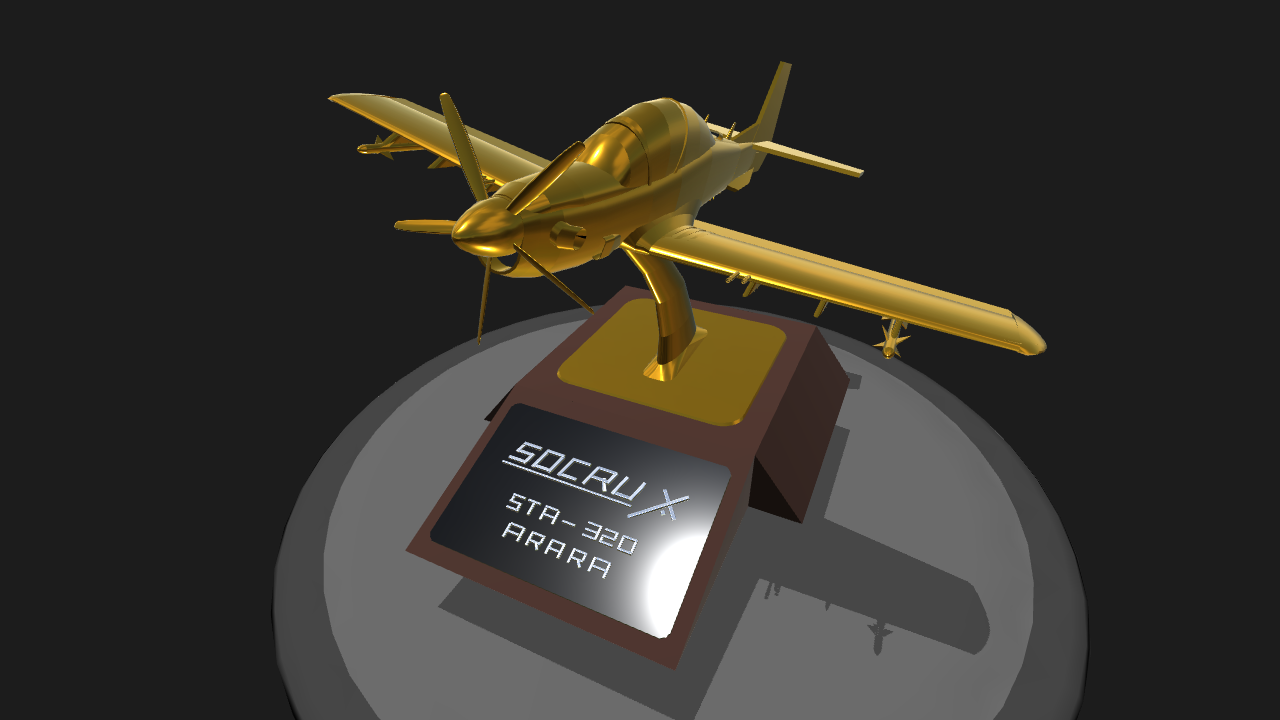 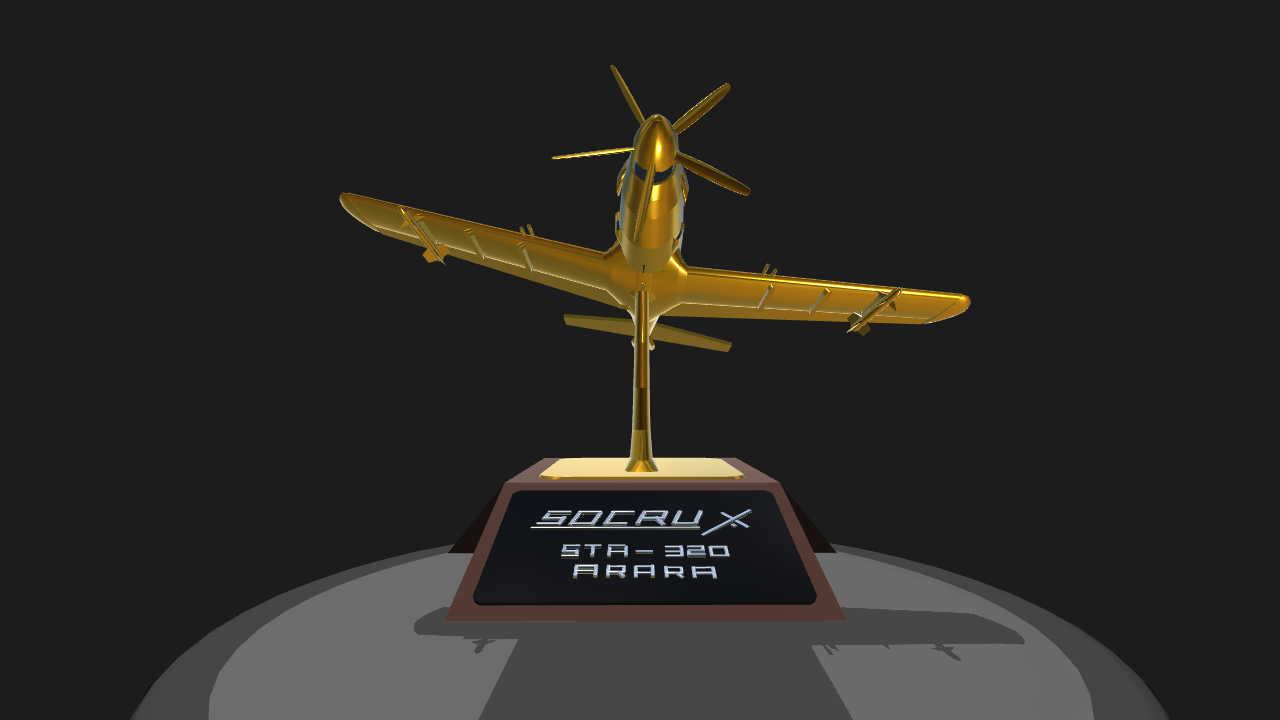 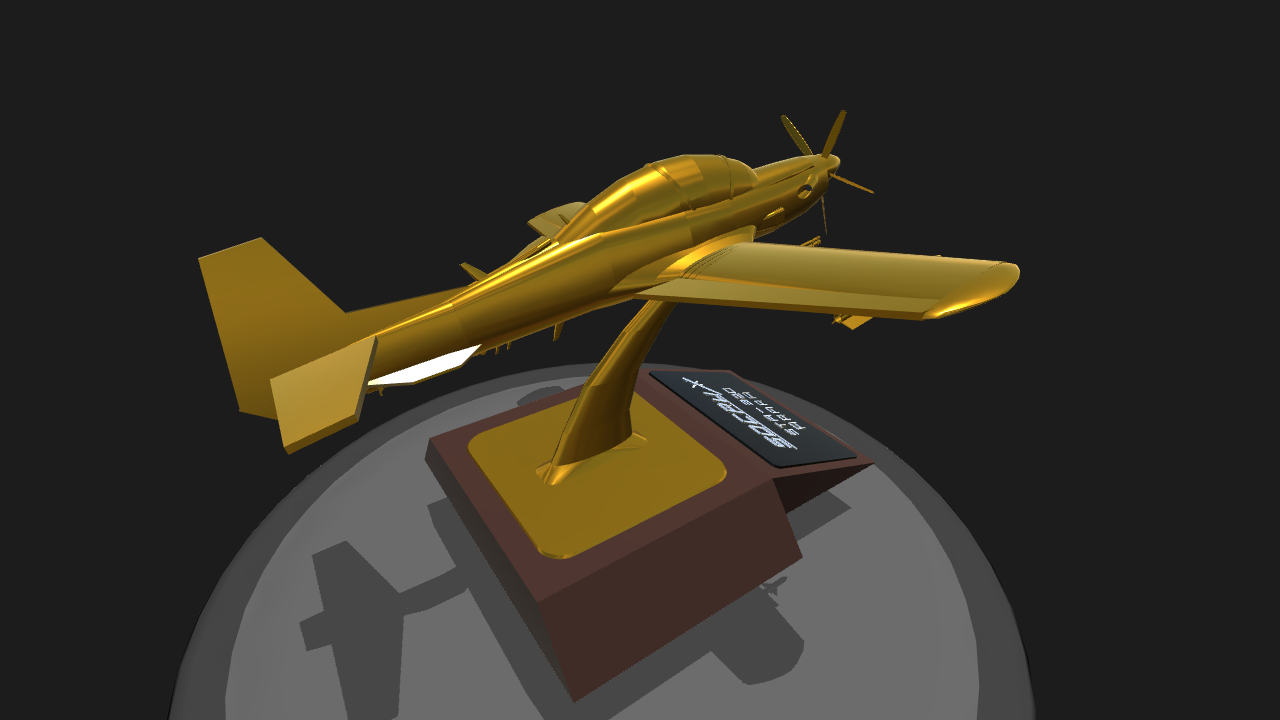 So, it has happened. I've hit gold. But the ones I have to thank for that are all of you guys, who have supported and enjoyed my creations.

I frankly wanted to do something more special, a commemorative plane, for this occasion; however, finals are just around the corner and unfortunately I don't have time for that right now. HOWEVER! I do plan on still doing it in the future, maybe a few weeks or a month; Leave a comment below telling me if you want to be tagged for that when it comes out! Perhaps I'll make a few drawings and put them in a forum post as well.

But for now, here's the least I could do to thank you guys for having hit this milestone! It's a... scale model, except it's full sized, of my S.TA-320 Arara light attack turboprop. The reason why I chose this bird was, apart from being perhaps one of my best-looking planes, it was also my most upvoted bird so far and the one who gave me my first feature (thank you mods!), so I felt it was appropriate to use it for this.

Also, Socrux logo shown for the first time! I did a few sketches before arriving at this configuration. I'm quite happy with it.

You can try flying this... But due to the changes it's not going to fly well. In any case, if you are absolutely insane and insist on flying a golden scale model with fixed pitch propeller and without landing gear, know that the pedestal is mounted to the centreline pylon, so pressing AG 2 will release the plane.

Again, I would like to take this opportunity to thank each and every one of you who have dowloaded, upvoted, spotlighted or just enjoyed my aircraft. There are some people who deserve special thanks for how much they supported me along the way - however, I'm afraid of naming some and forgetting others, so I shall refrain from doing so. You guys know who you are. 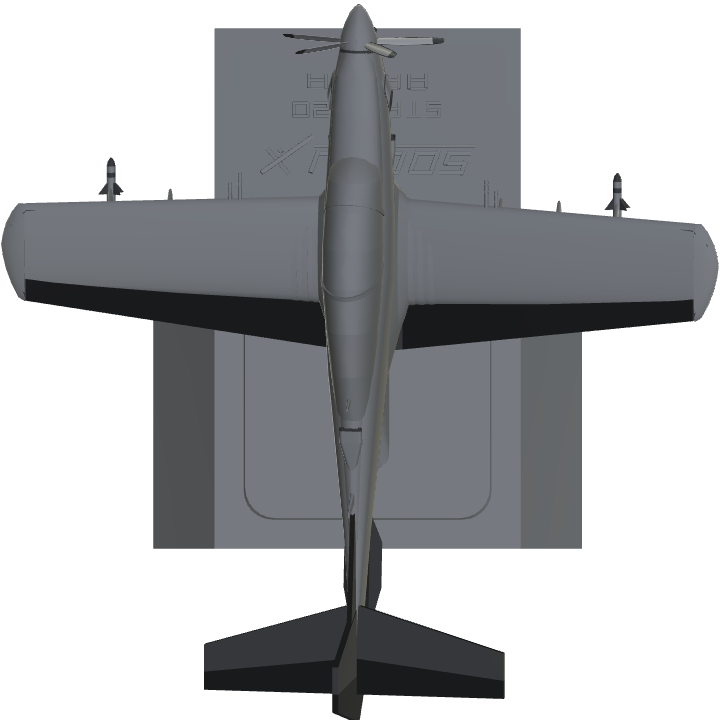 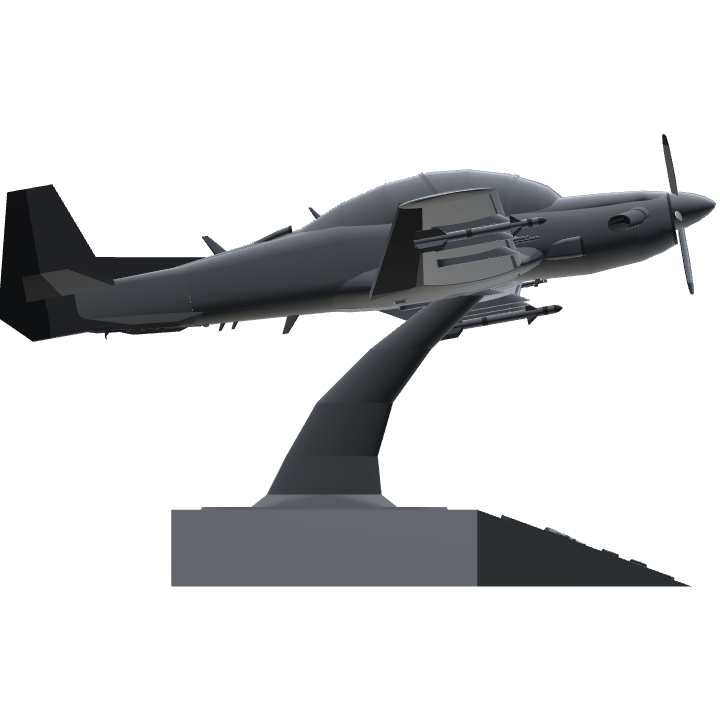 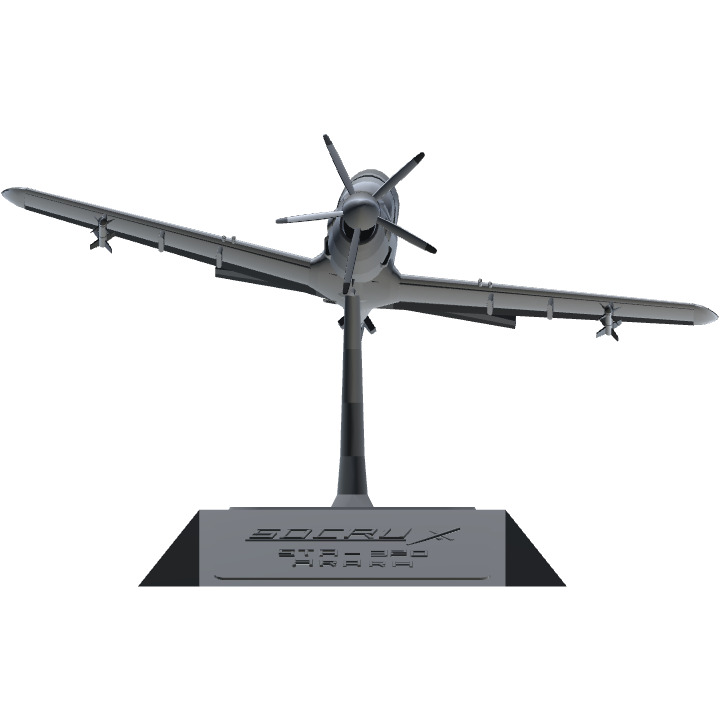