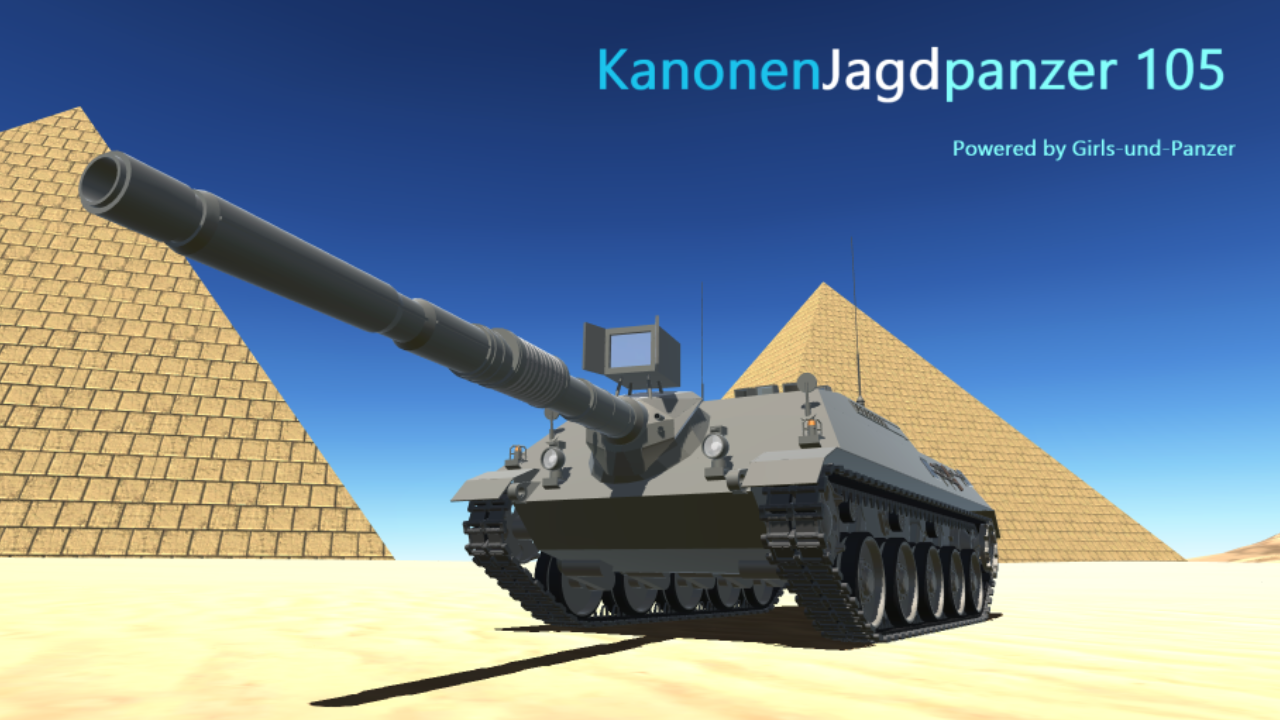 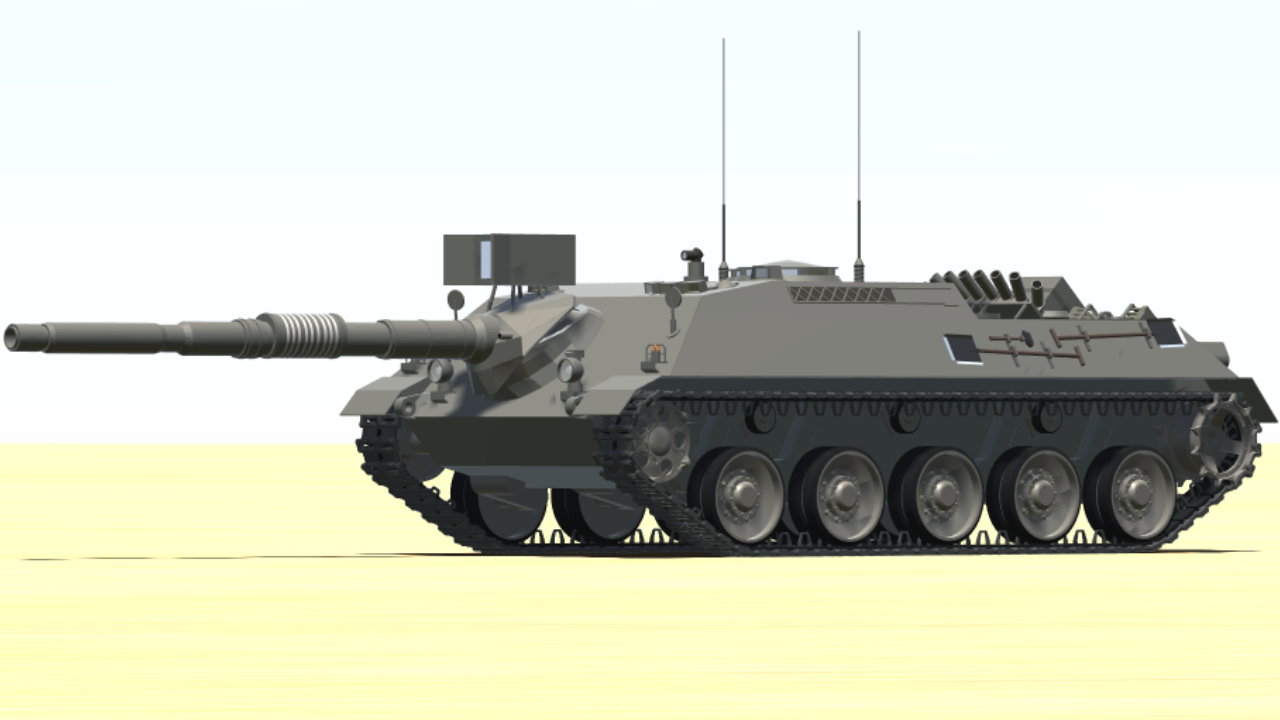 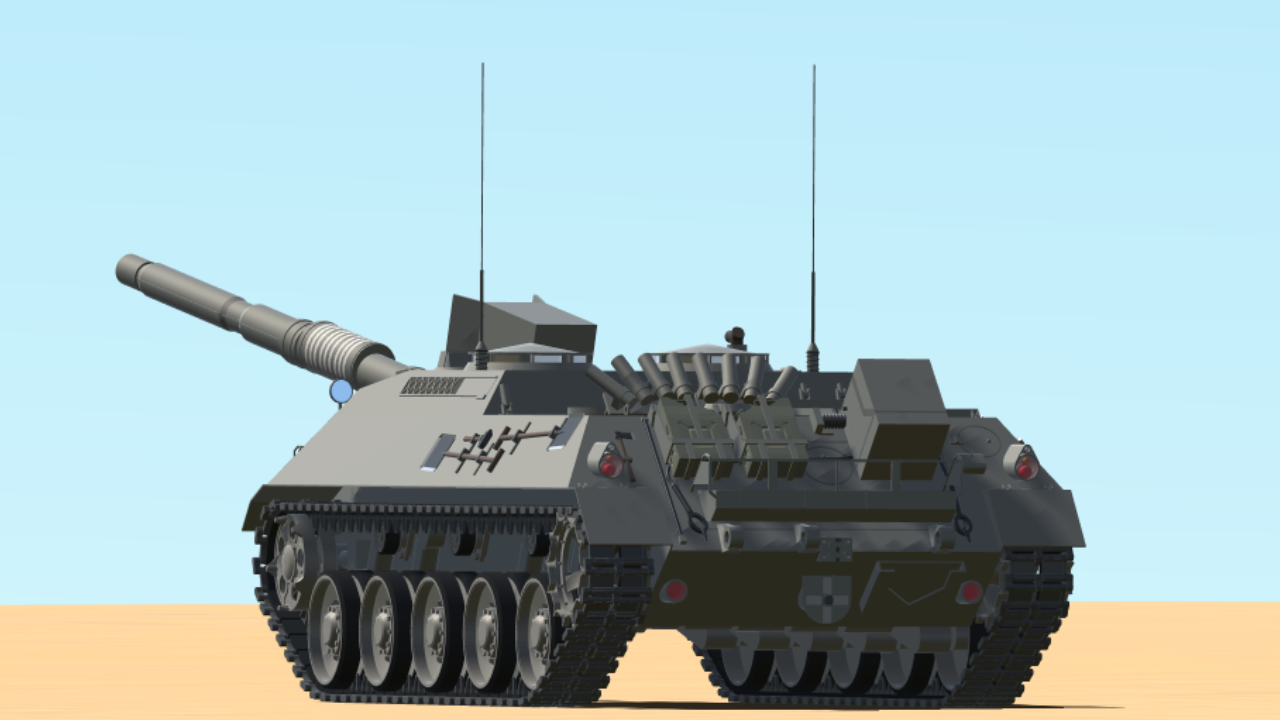 This is the most complicated work I have ever made, wish you will like it ! 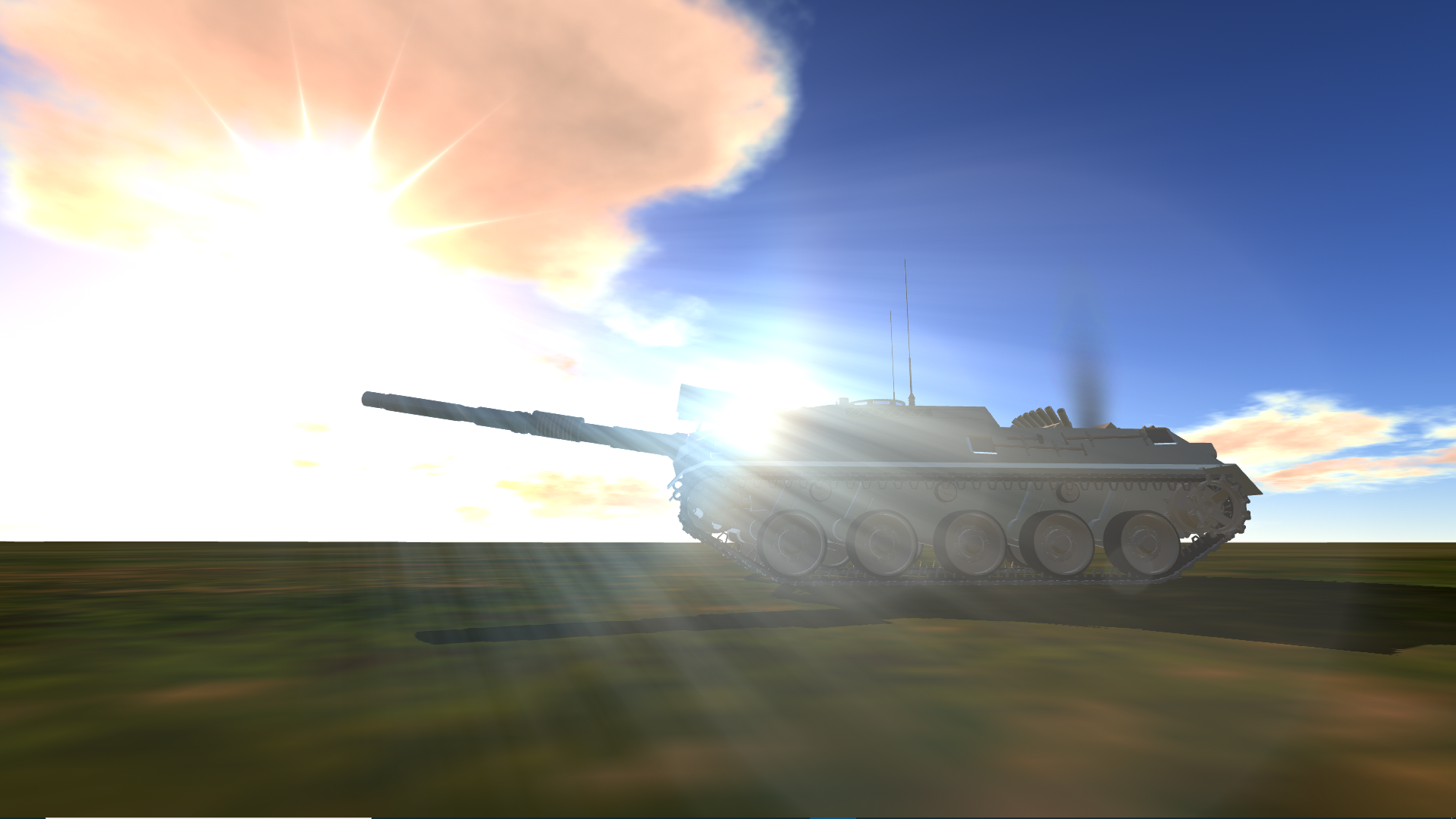 turn on the AG7, night mode

Yaw control main gun rotate when you turn off AG1

Some details about this tank:

This mark will exist when you turn on weapon-mode to try to find enemy position. When it reach to the edge of your screen, it means target beyond your shooting boundary.

I setted up a limitation of this system's max range: 15km. In fact it can shoot much far more than this and still accurate !

The first prototypes of the Kanonenjagdpanzer were built in 1960 by Hanomag and Henschel for West Germany and by MOWAG for Switzerland. Between 1966 and 1967, 770 units were built for the Bundeswehr, 385 by Hanomag and 385 by Henschel. Eighty of them were delivered to Belgium from April 1975 onward.

When the Soviets began deploying their T-64 and T-72 main battle tanks, the 90 mm gun was not capable of engaging them in long-range combat and the Kanonenjagdpanzer became obsolete. Although the producers claimed it could be rearmed with a 105 mm gun, between 1983 and 1985, 163 of these tank destroyers were converted into Raketenjagdpanzer Jaguar 2 anti-tank guided missile carriers by removing the gun, adding a roof-mounted TOW missile launcher and fastening further spaced and perforated armour on the hull. Some others were refitted into artillery observation vehicles by removing the main gun, so called Beobachtungspanzer, which served most particularly in the mortar units. 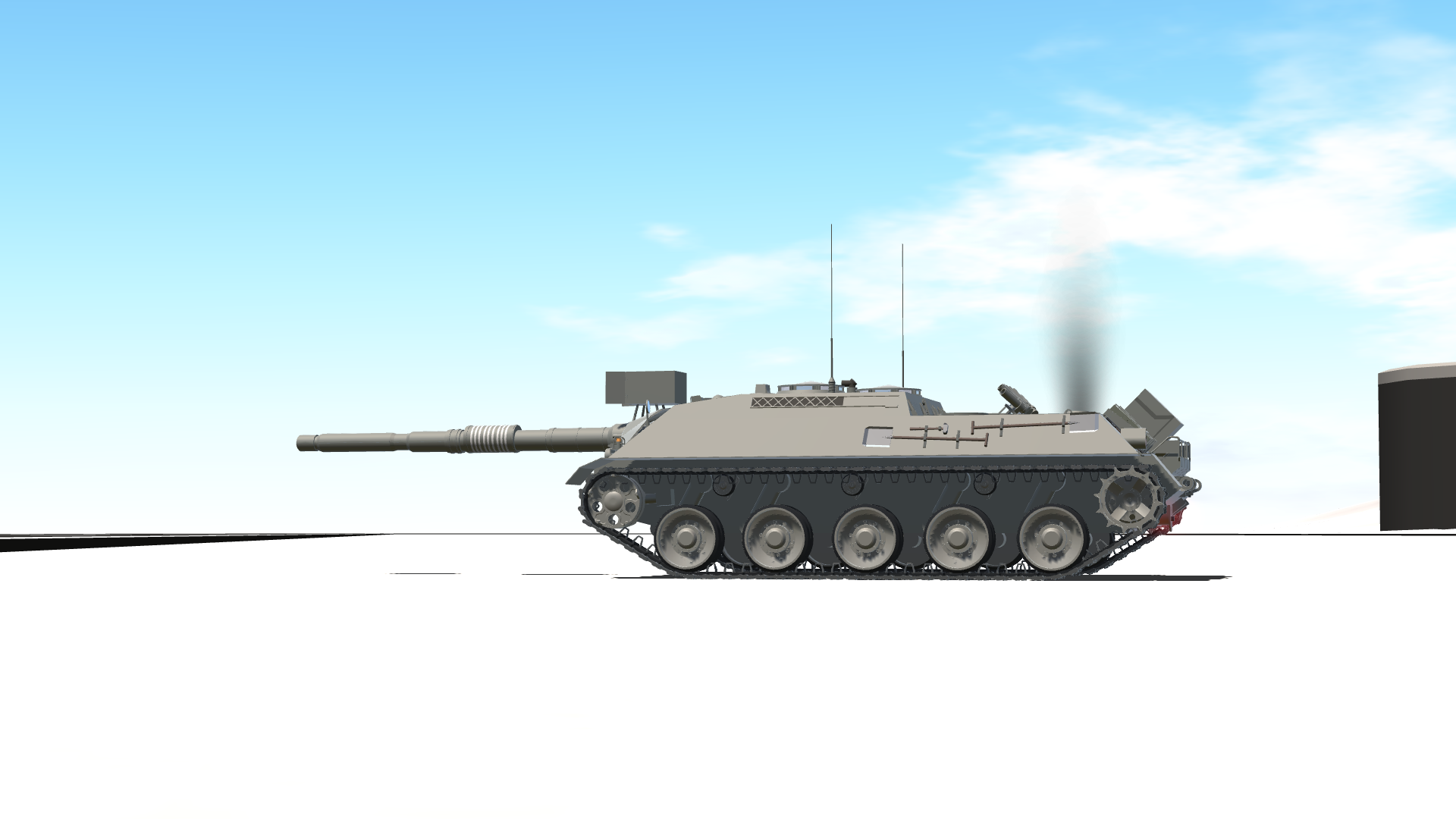 Design
The Kanonenjagdpanzer was a highly mobile vehicle, its survivability based on its mobility and its low profile.Its hull consisted of welded steel with a maximum thickness of 50 mm. It carried a crew of four: commander, driver, gunner and loader. Since the Kanonenjagdpanzer followed the casemate design of most World War II tank destroyers, the gun was fixed within the casemate, located a little right from the center. The 90 mm gun could only traverse 15° to the sides and elevate from -8° to +15°. It carried 51 90 mm rounds for the main gun and 4,000 7.62 mm rounds for the two MG3s. The Kanonenjagdpanzer had NBC protection and night-fighting ability

And I know some mobile users may cann't load Track's 2 mod. So I devided mod parts from this tank if you want to play it. You can click here to download it. All of parts are same with this main product, except no suspension.

And also if you just wanna know about how about this main gun work, you can click here to download this tank's main gun. It contains fire-control systems and only 197 parts . 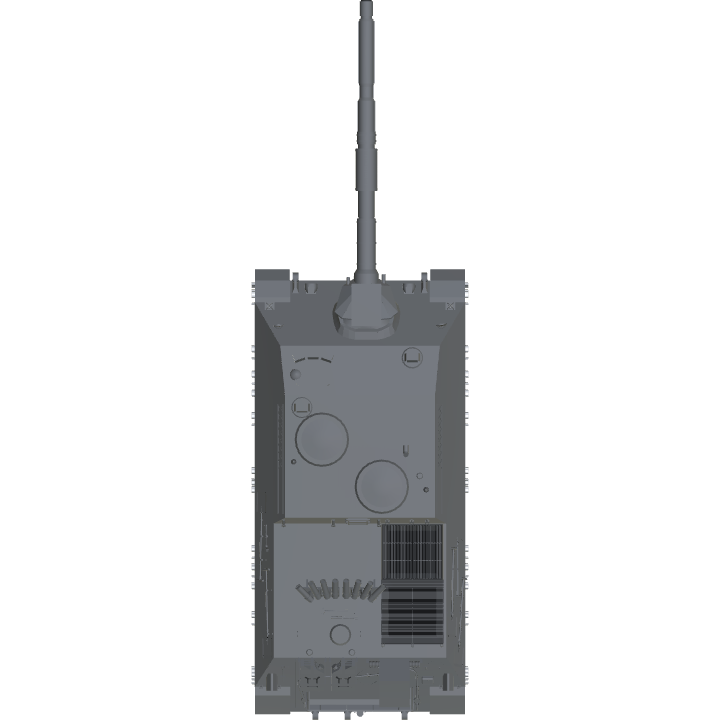 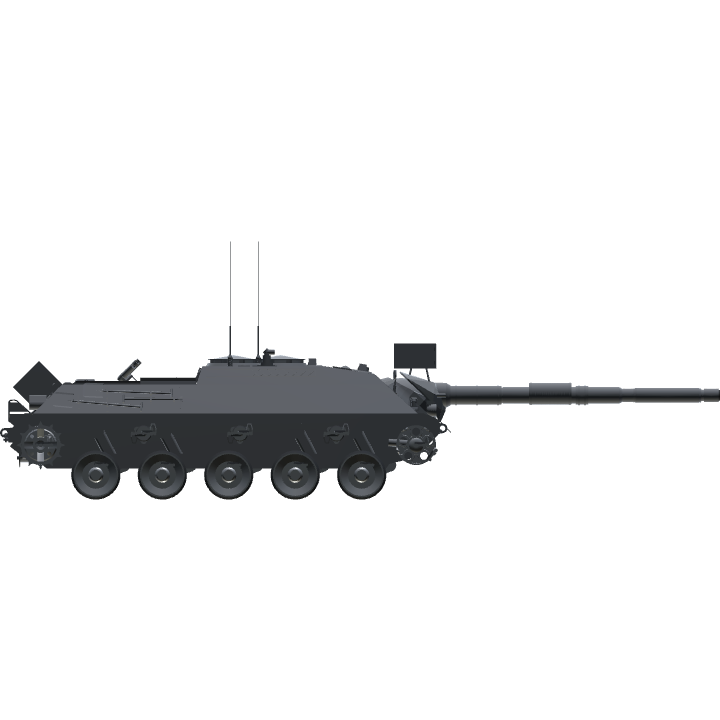 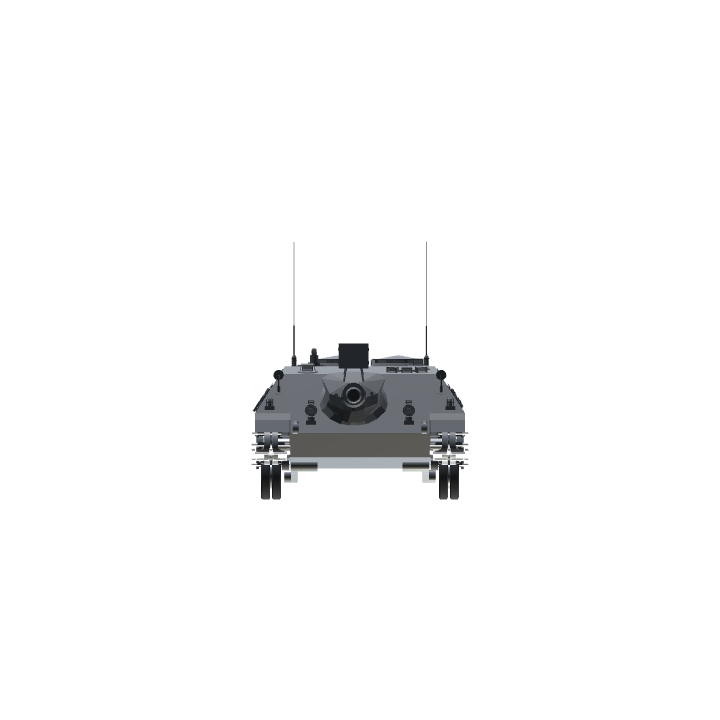