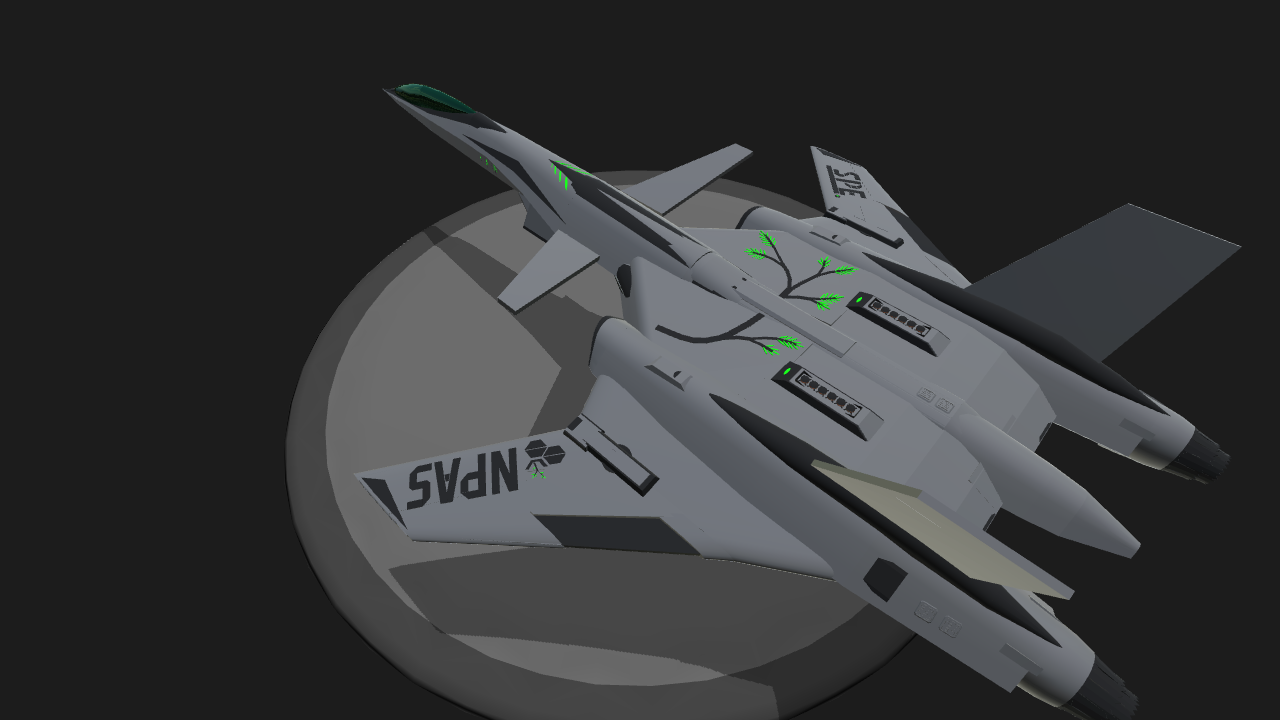 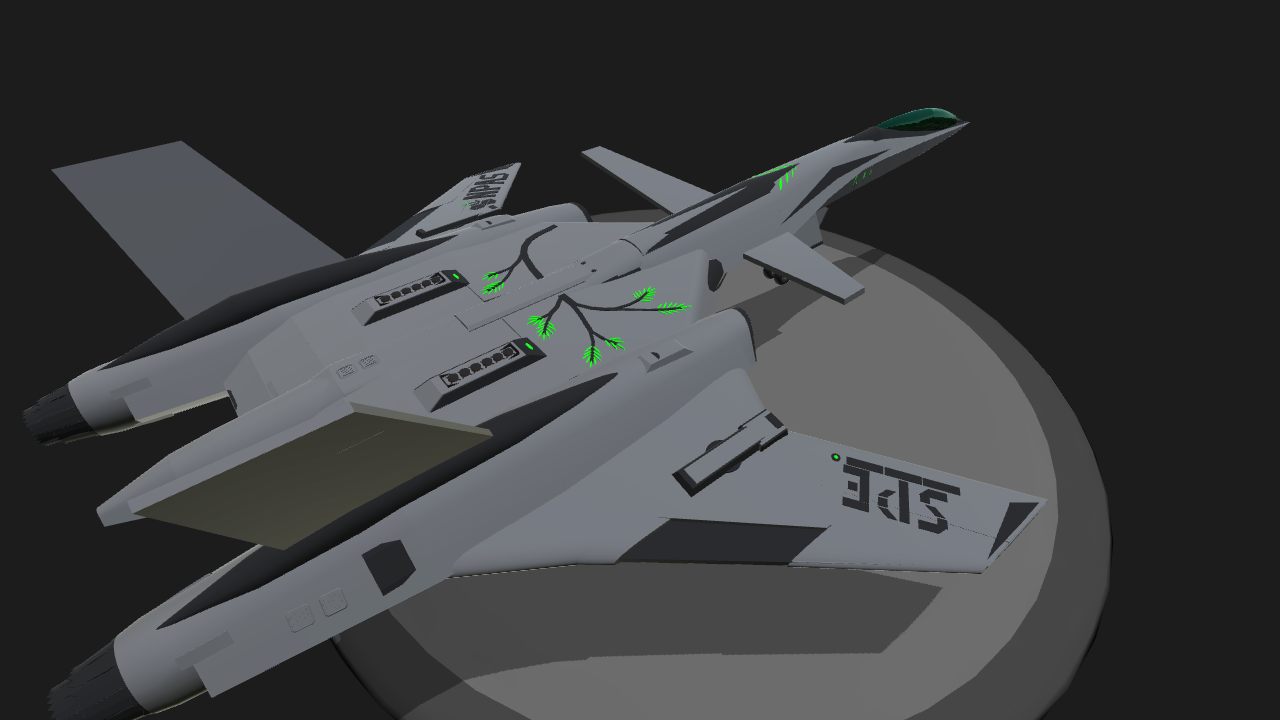 “You seem to come across as sentimental.”

General Tips:
- It is easy to flip when activator 1 is on
- Having activator 1 and 2 on simultaneously can result in difficulties in controlling the aircraft
- Pressing activator 2 for a short time can help you regain lost control and speed
- There will be some sideslip on takeoff. Sorry about that! Pitch up when this occurs.
- Approaching a landing location is best at ~300 mph, with activator 1 OFF.

REPULSE Missiles:
Augmented interceptor missiles. Fast locking and an initial thrust that gives them a head start in their race towards an enemy fighter.
- Lock on with interceptor missiles
- Fire the missiles by tapping or holding the “fire weapons” button

IMPULSE PRIME:
Short range cluster missiles that ignore countermeasures. This next generation PRIME weapon also has a multitarget feature.
- Lock onto an enemy fighter, and fire guardian missiles
- When the target has been destroyed, lock onto a new enemy
- The missiles will automatically target the new locked enemy

Pulse Shotgun MxII:
A gun that shoots a slug of ammo in a spread. Good for chaotic ATA combat.
- Fire it like any gun 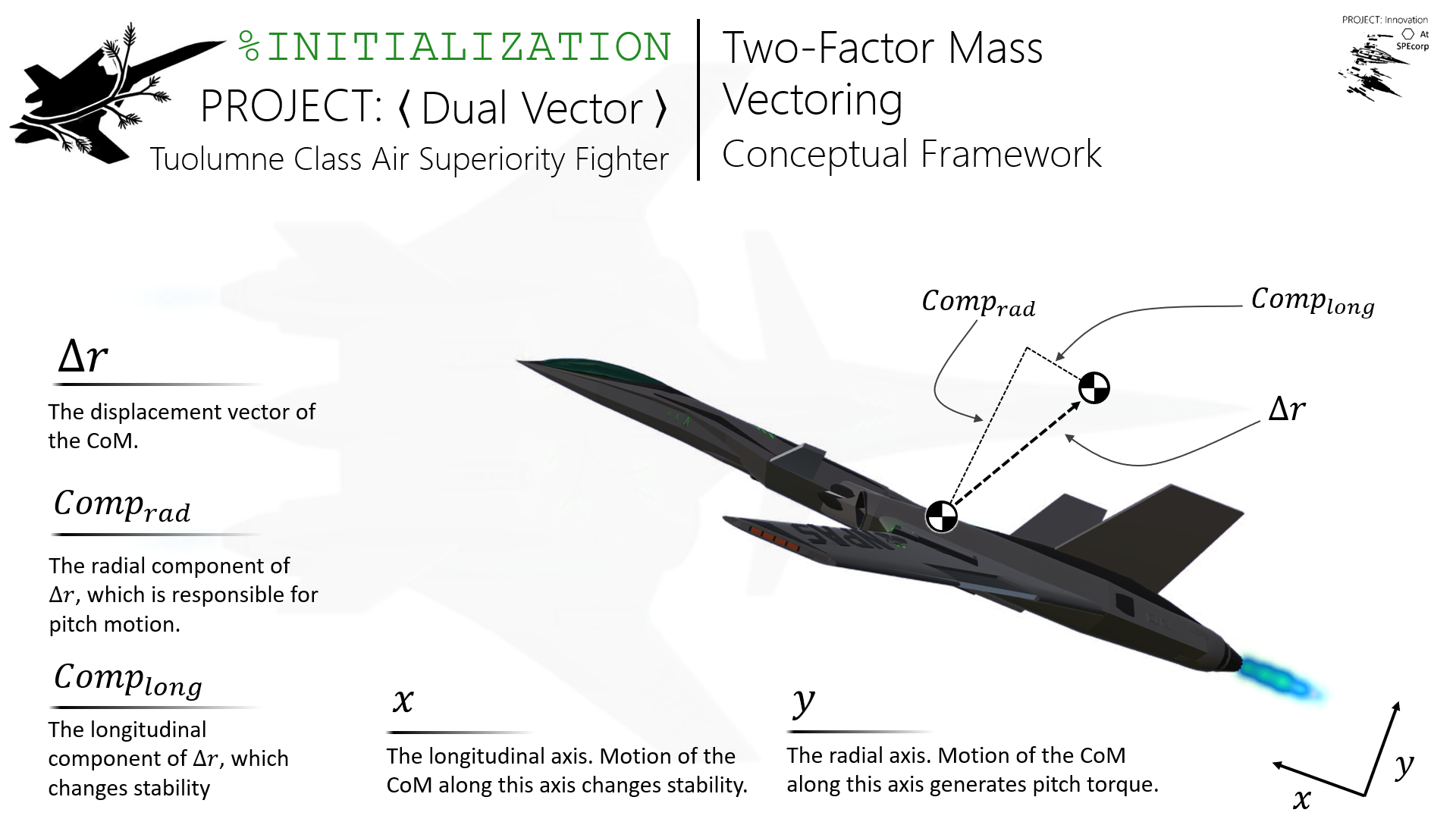 Here’s some math.
A few years ago, it was discovered that, when placed on an aircraft, blocks of negative mass will displace the CoM of their respective aircraft. Two months later, the phenomenon was harnessed as an alternative form of pitch orientation control. Negative mass blocks were attached to long rods, which were respectively attached to rotators. These rods were rotated to displace the CoM, which, in turn, would cause imbalance with respect to the aircraft’s CoT. This imbalance results in pitch torque.

While they may be quite abstract, these descriptions of Mass Vectoring enabled the development of the advanced Toulumne fighter, under PROJECT: Dual Vector. The project occurred as a collaboration between SPEcorp’s PROJECT division, and New Portum’s Private Aerospace Sector (NPAS). 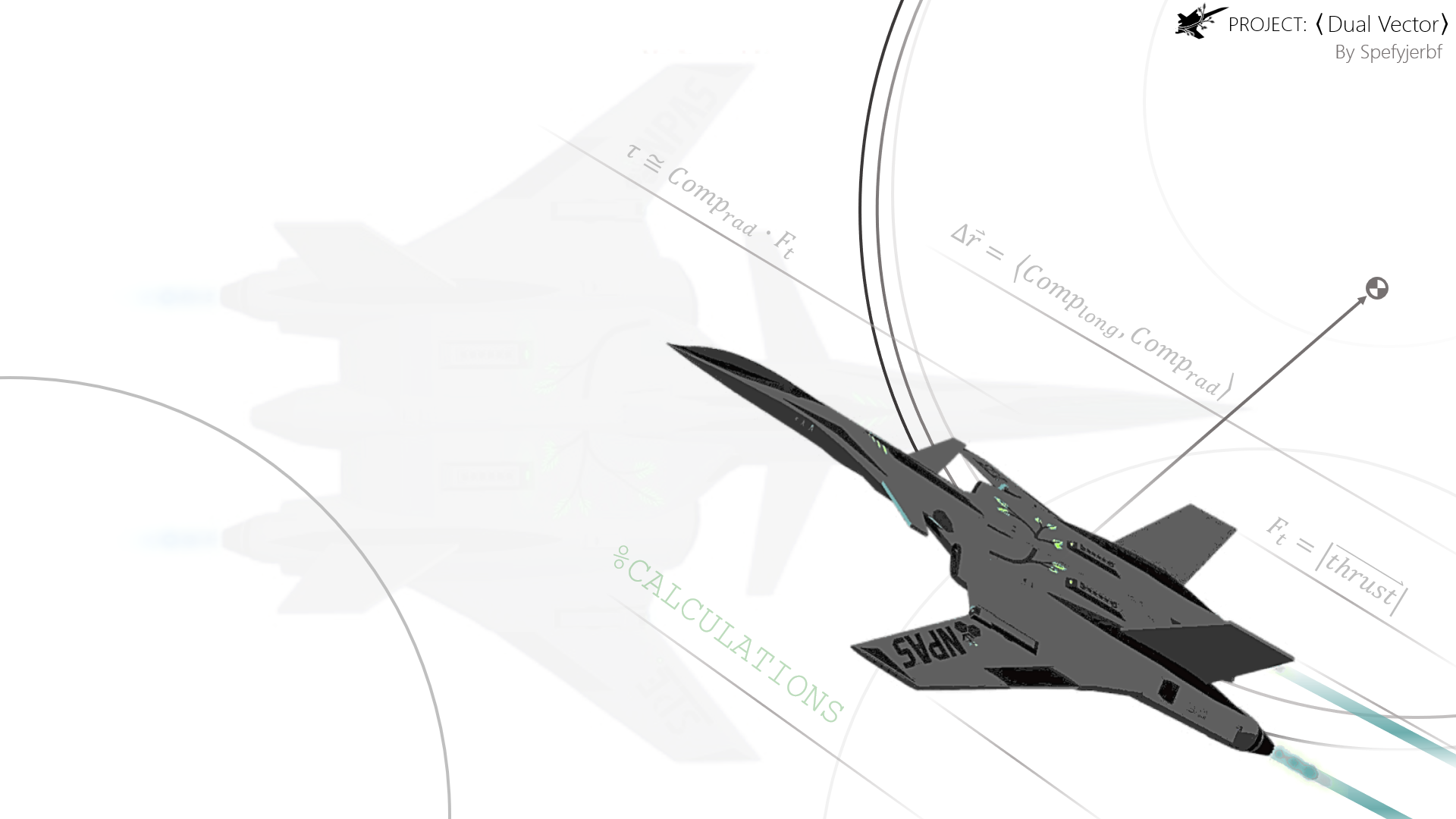 More math.
The primary purpose of PROJECT: Dual Vector was to apply this new understanding of Mass Vectoring to a fighter aircraft. This goal directly contrasted any previous vehicles that involved Mass Vectoring – all previous vehicles were designed without consideration of how the components of the CoM’s displacement vector would affect performance. As a result, every Mass Vectoring system installed in an aircraft before PROJECT: Dual Vector only moved the CoM along the aircraft’s Radial (y) Axis. The displacement vector had no Longitudinal (x) Component.

The contrast presented by PROJECT: Dual Vector, then, resides in its inclusion of a Longitudinal component into the Toulumne fighter’s Mass Vectoring system. The motion of the CoM was designed to occur along both axes.

Motion on the Radial (y) Axis did not change in its effect – like any other Mass Vectoring system, PROJECT: Dual Vector generates torque by including a Radial Component in the CoM’s displacement vector.

Such torque is, in theory, proportional to both the Radial Component’s length, as well as the thrust from the aircraft’s engines. However, such proportionality becomes distorted when aerodynamic forces are added. Wings and stabilizers provide stability that inhibits pitch torque. The utility of a Longitudinal (x) component becomes visible through this problem. Many fighters are intentionally designed to be unstable to have greater maneuverability, and the inclusion of the Longitudinal Component allows PROJECT: Dual Vector’s Mass Vectoring system to temporarily decrease the stability of the Toulumne fighter.

Therefore, the Longitudinal Component decreases stability, while the Radial Component generates pitch torque. When combined, these components result in greater maneuverability, as well as smooth pitching, at the cost of some ease of operation. 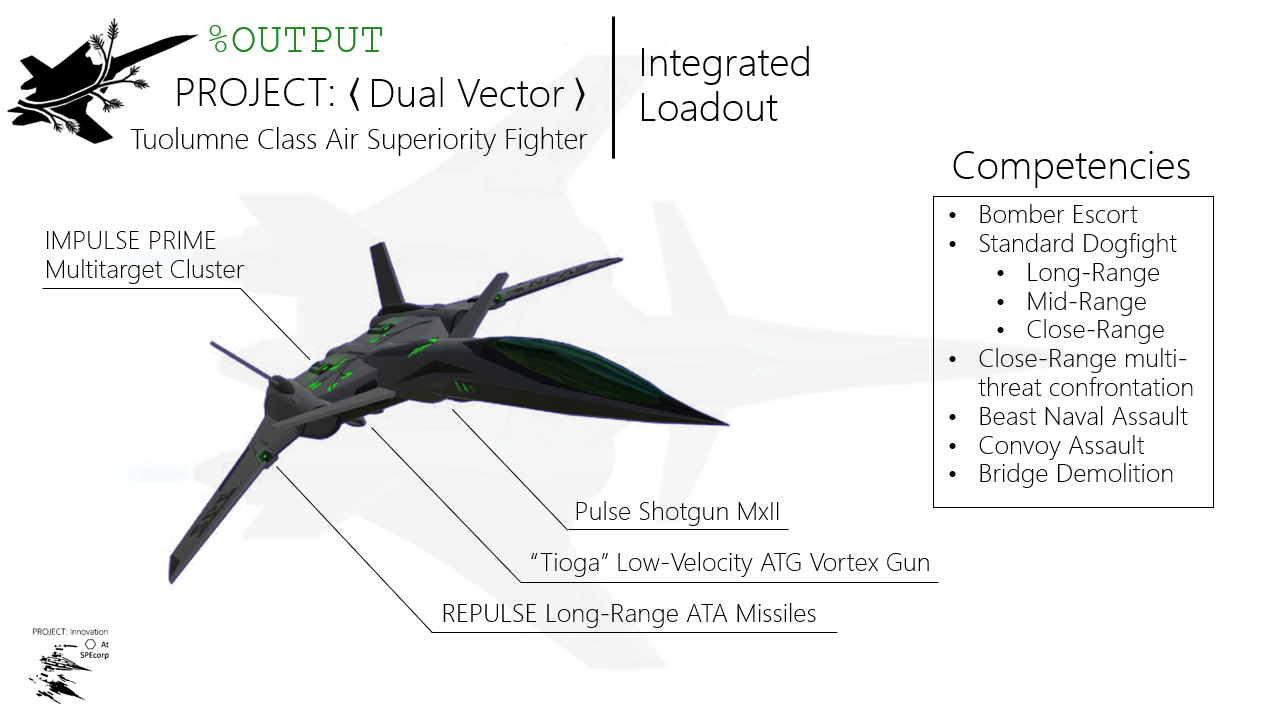 Weapons!
Such physical characteristics were integrated with a powerful standard loadout to ensure that the Toulumne fighter would have a wide range of competencies, with a slight bias towards air-to-air combat. Such weapons were developed alongside PROJECT: Dual Vector to deliver an array of combat options, as well as to test new advancements in various weapons technologies.

ATA capabilities were spearheaded by the development of IMPULSE PRIME, the successor to the IMPULSE Missile Array. These missiles brute-force their way through countermeasures by instantly re-acquiring their target after their lock has been interrupted. IMPULSE Missiles, even in their original form, can also be used in multi-threat confrontations, as they can find their next target if a new lock is established. IMPULSE PRIME expands on this capability through increasing missile velocity, lock angle, and burn time to deliver a missile that is more useful in multi-threat confrontation. These modifications do come with one drawback – diminished range.

Such diminished range resulted in a long-range deficit that was addressed by the development of REPULSE Missiles. These missiles are long-range missiles that are launched through a boost process, propelling them about a mile ahead of their host aircraft. This feature was combined with enhanced lock times to deliver a versatile long-range ATA missile.

Such ATA weapons poised the Toulumne fighter to be a capable air-superiority fighter. However, PROJECT: Dual Vector was also initiated to test a new development in Vortex Weaponry. This new development, the Slow Vortex Gun, was mounted onto the Toulumne fighter, and was therefore named the “Tioga” Gun. Conceptually speaking, the “Tioga” Slow Vortex cannon is relatively simple. When vortex rounds are given a minimal mass, as well as a minimal amount of drag, they can be launched at a comparatively slow speed, unimpaired by air resistance. The resulting weapon fires medium-yield rounds at a high rate of fire – an ideal option for a wide variety of combat applications. The uses against ground-based threats are apparent, and, in some cases, the Toulumne has delivered results in anti-capital operations superior to results delivered by a purpose-made anti-capital aircraft, the Harlequin ACB.

The Toulumne’s combat systems were finalized by the installation of the fighter’s gun-based weapon, the second-generation Pulse Shotgun. This weapon fires high-energy particles in a conical shape, resulting in easy takedowns on any lightly armored target, airborne or otherwise.

Once again, I greatly appreciate those that read these massive blocks of text!

P.S: If you provided feedback the suggestion forum post for this aircraft, then thank you! I couldn't have built this plane without your input. Also, I would like to thank SPMC for their feedback regarding this build. 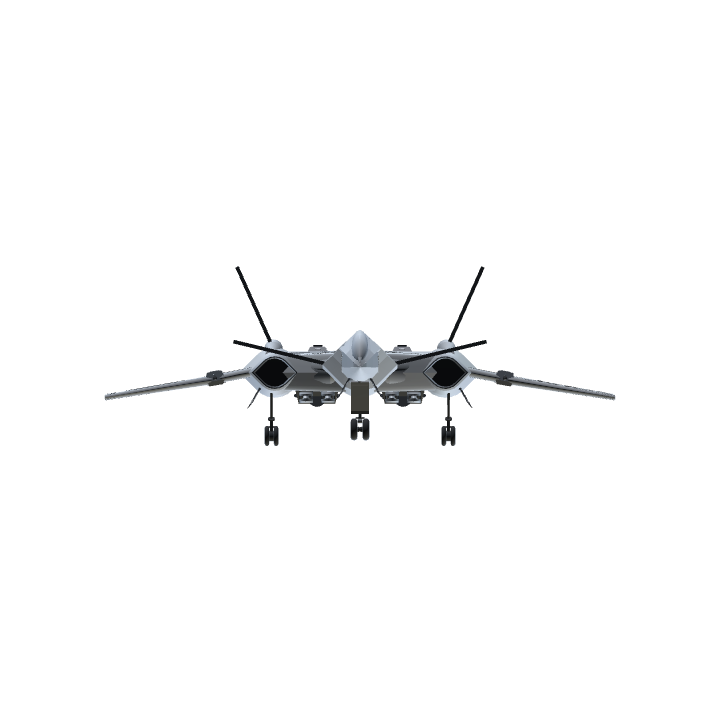