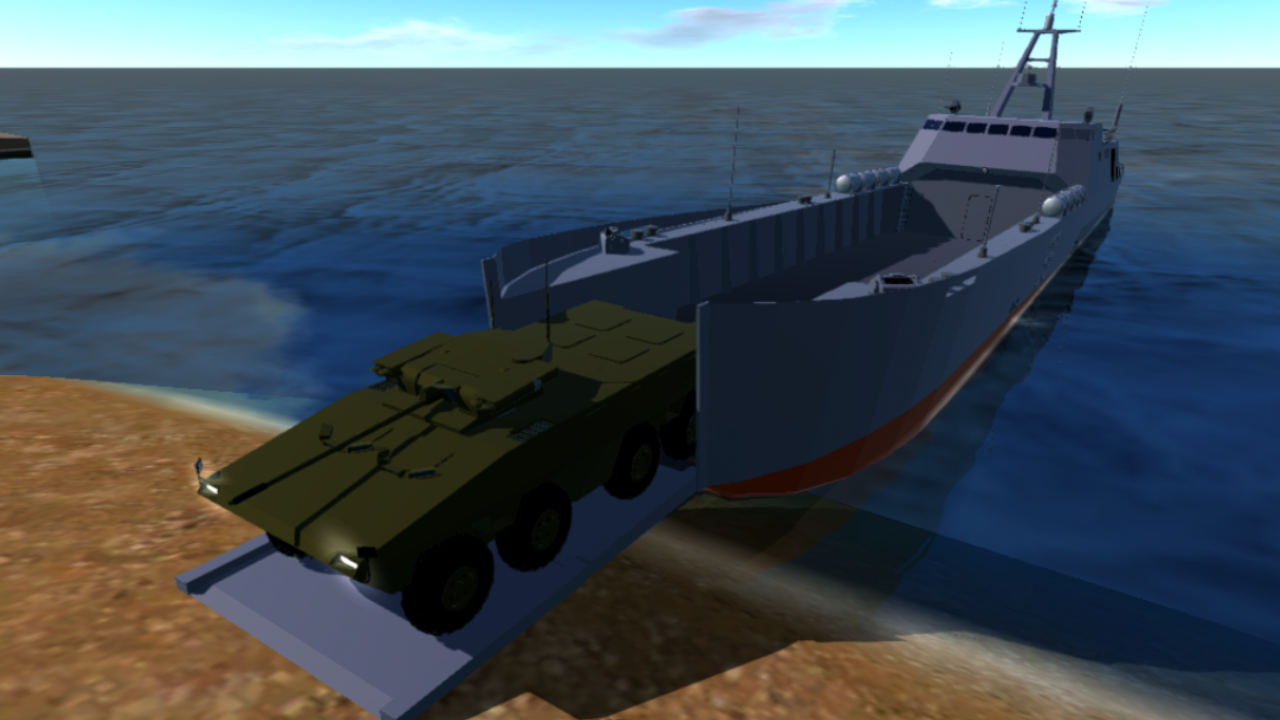 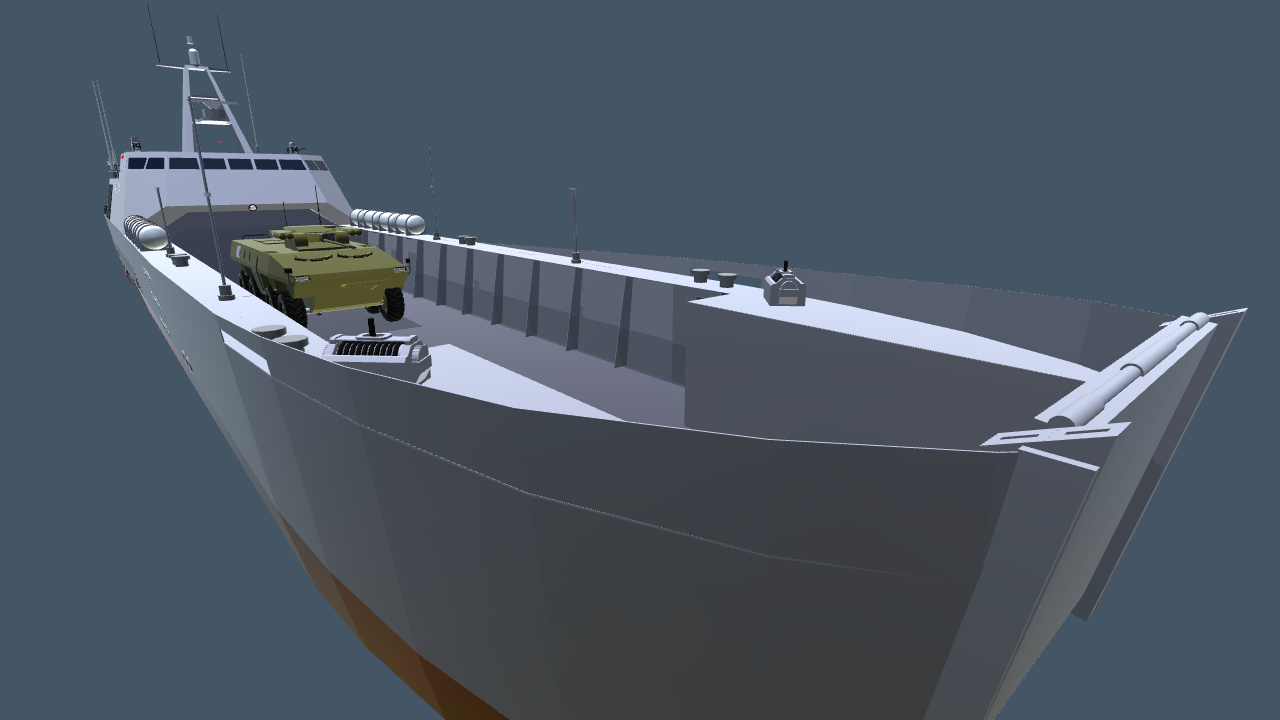 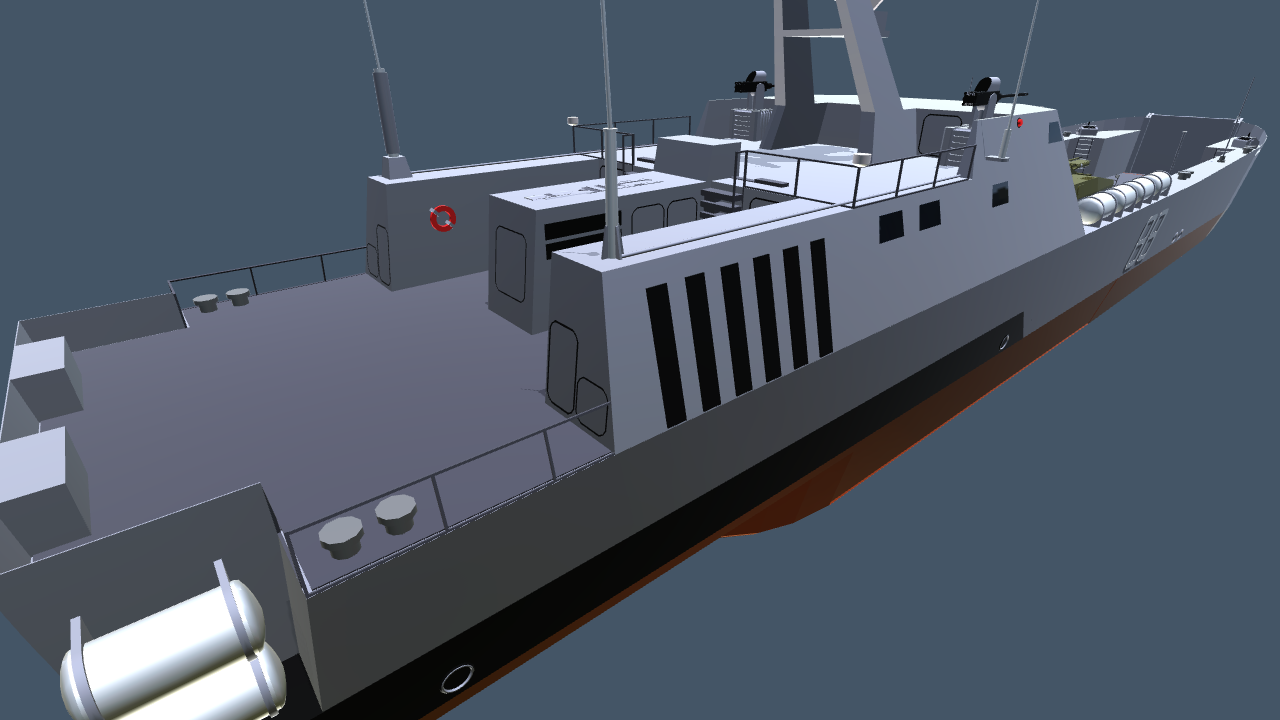 M.Corp LC-3 is a class of twenty 50m fast landing craft for storming beaches. They are employed either as a part of a short-range landing force or from a larger ship.

Hull of LC-3 is shallow and flat-bottomed, allowing it to come close to shore. It uses its two-piece bow loading ramp to unload troops onto an unprepared beach. It can also load various containers including SAM systems, anti-ship missile systems, and mine laying devices, making it a versatile fast platform. In a need, the cargo space can be covered and ship can be used as a floating hospital or accomodation for refugees. Its carrying capacity is around 155t of cargo, while the ramp can hold around 60t at once.

Propulsion is provided by two gas turbines generating 10000hp (7 457KW), each driving a ducted reversible propeller. SInce the propellers are far apart, differential power can be used to turn the ship almost in place. Also, rudders are close enough to propeller ducts that they are effectively vectoring the thrust of the propellers, giving the ship great maneuverability.

Armament of LC-3 consists of two 20mm remotely operated gun turrets (RCWS) intended to assist in covering fire during assault landings, but also to help the ship in its other tasks. They both have a wide angle of fire, and their angles of fire overlap greatly in front and behind the ship, allowing for very good saturation of fire. Ship can also mount crew operated weapons, including automatic grenade launchers and heavy machine guns. Air defence is provided man portable air defence systems (MANPADS). LC-3 can additionally be supplied with non-lethal weapons including dazzlers and sonic cannons mounted inside the cargo hold. This, combined with ships great speed, makes LC-3s effective in counter-smuggling and counter-piracy operations. 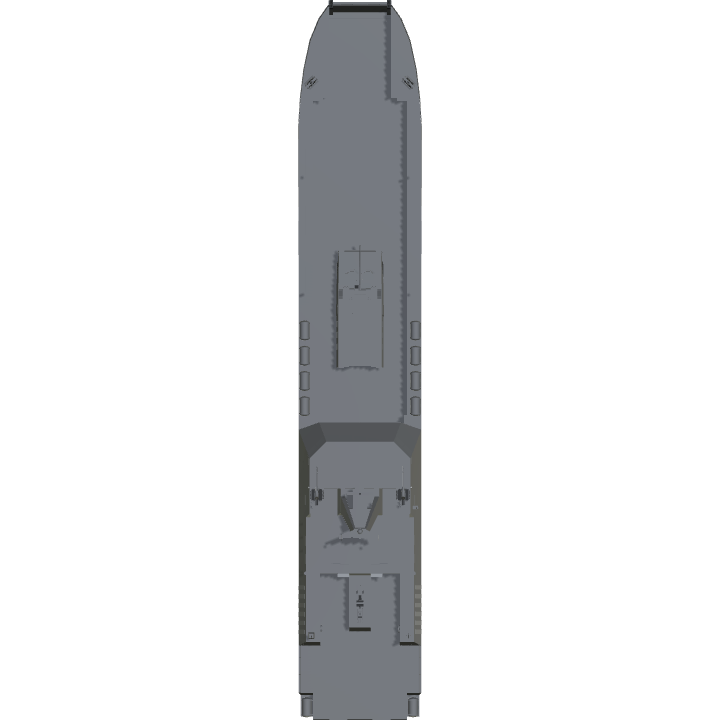 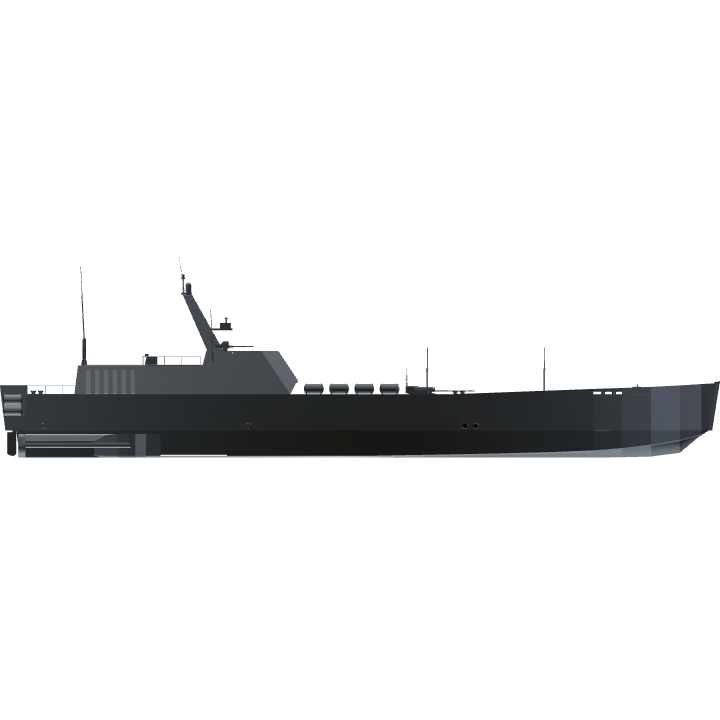 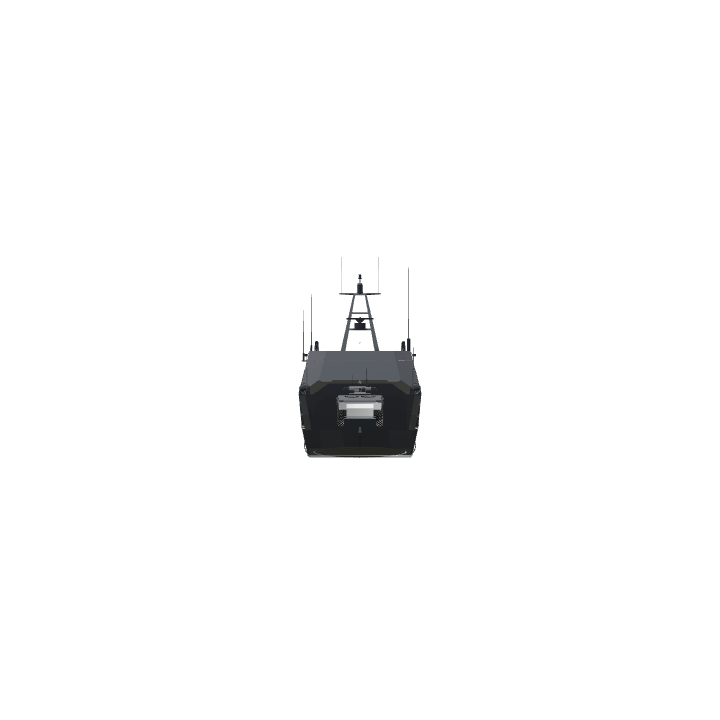