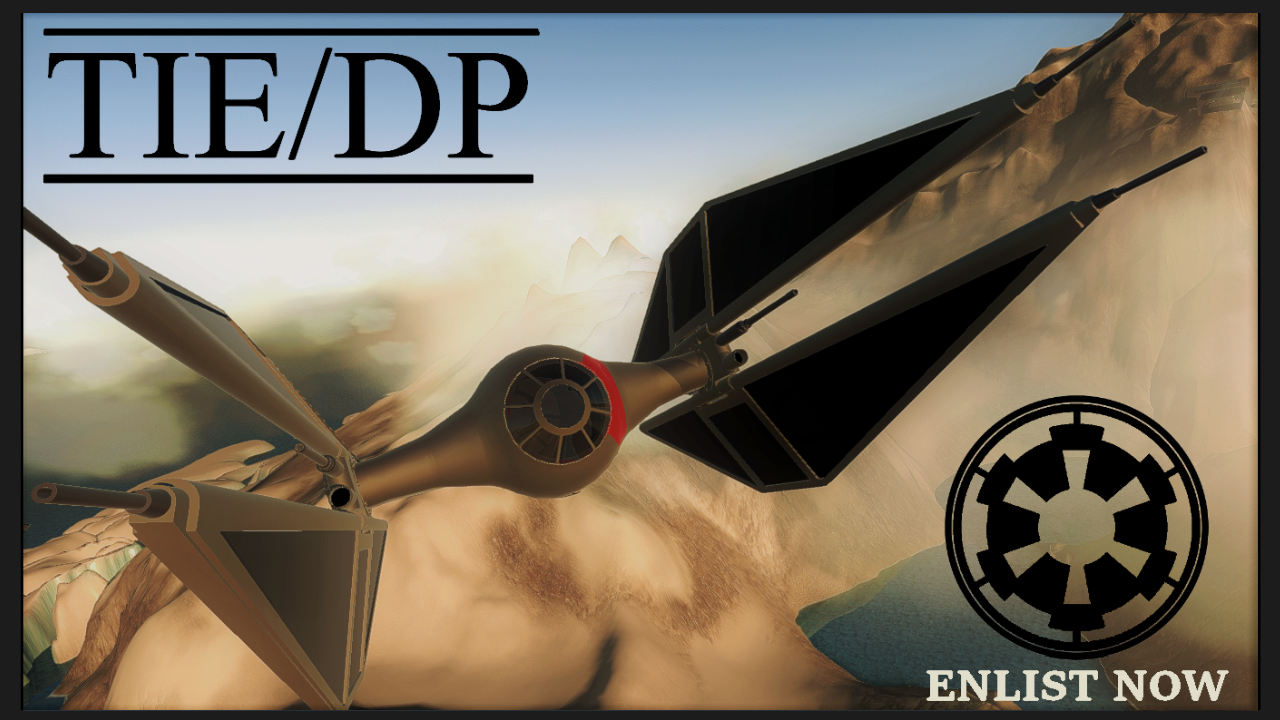 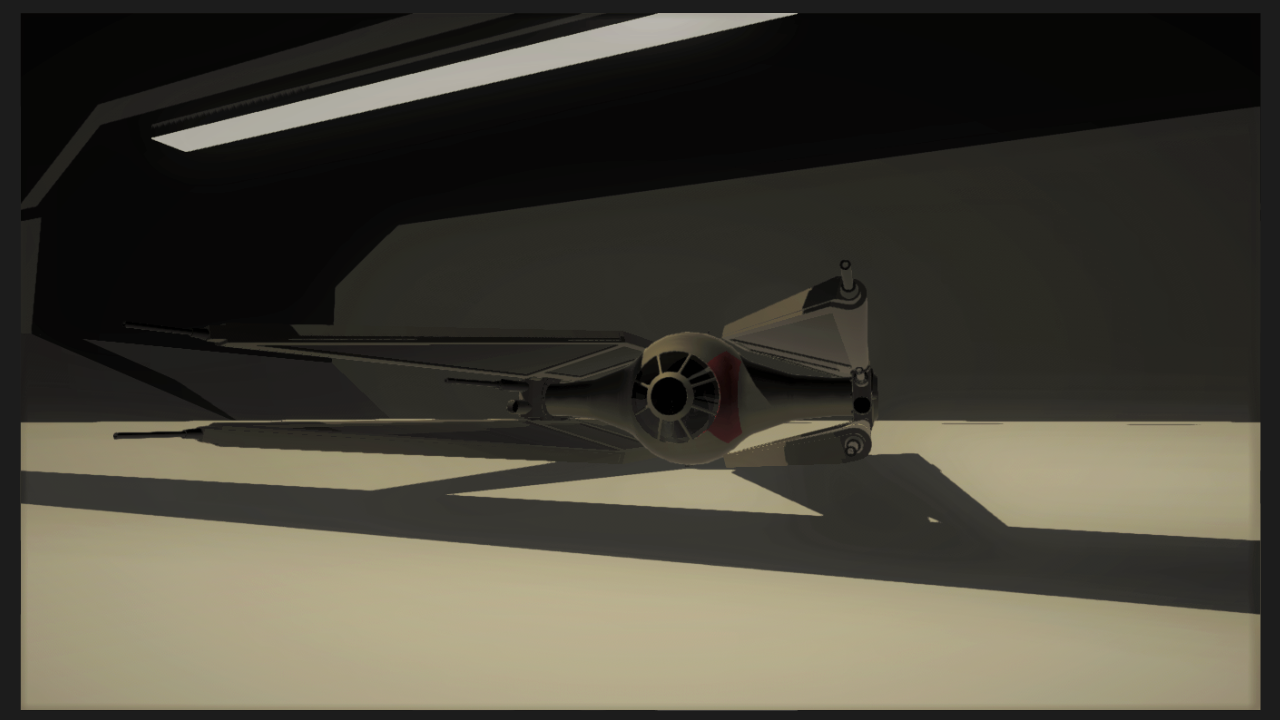 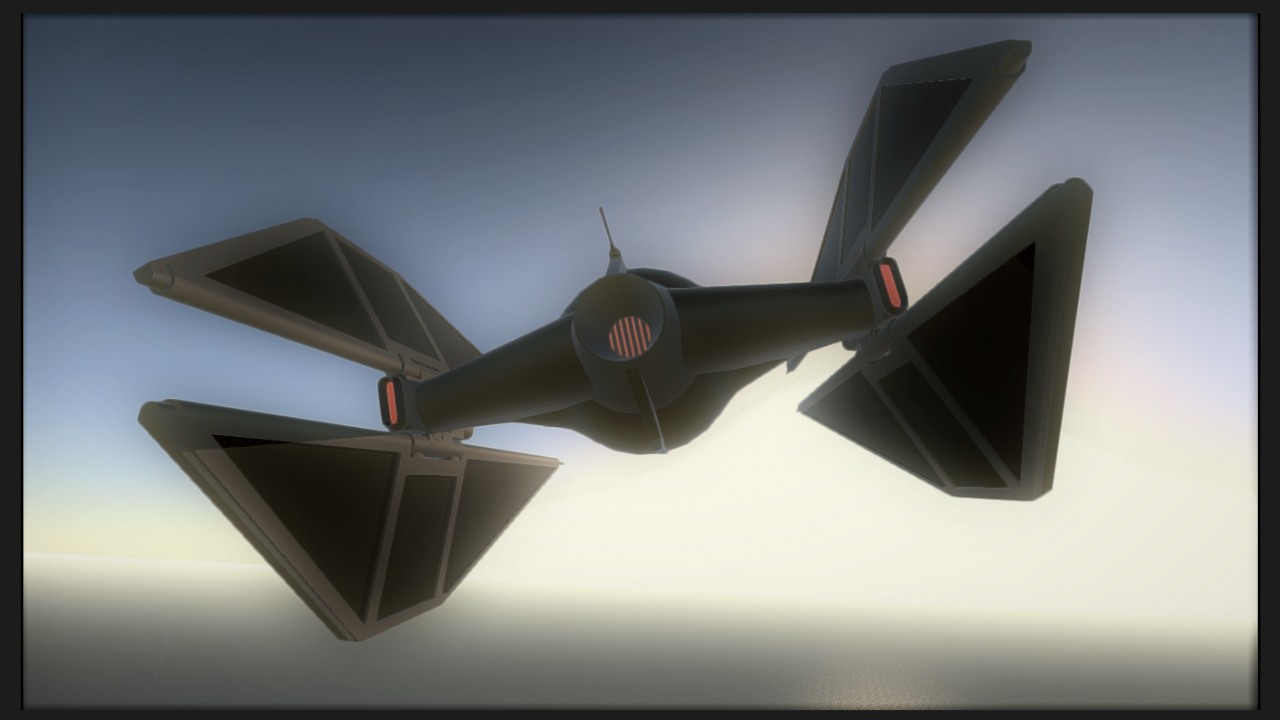 Not much to see and do here.

The TIE/DP Heavy Multirole Starfighter, also called TIE Depressor, was a non-standard Imperial starfighter only seen in small numbers throughout the last phase of the Galactic Civil War and only a handful survived in the hands of the Imperial Remnant Forces.

The fighter was designed back during the last years of the empire, around 1BBY, under the command of Admiral Scuffel, a lesser known officer during the war. The plan was to make a versatile fighter with good atmospheric speed and maneuverability, can carry more laser weapons and two proton torpedoes. The result was a fighter almost the same speed and maneuverability as the original TIE/LN but has more firepower up its sleeve. It had dogfighting and anti-ship capabilities, had S-foils, but still lacked a hyperdrive and shielding. Conceived as a failure, the fighter program was stopped, but those who were able to pilot the fighter decided to keep them for missions since it provided more power for the same performance as the original craft that they were already familiar with.

(I really have to thank this TIE-Interceptor and it's creator/s for the flight system that I used for this build. I really loved how the Interceptor flies and thought that I'd put the system here too, so for that, credits go to the respective owners.) 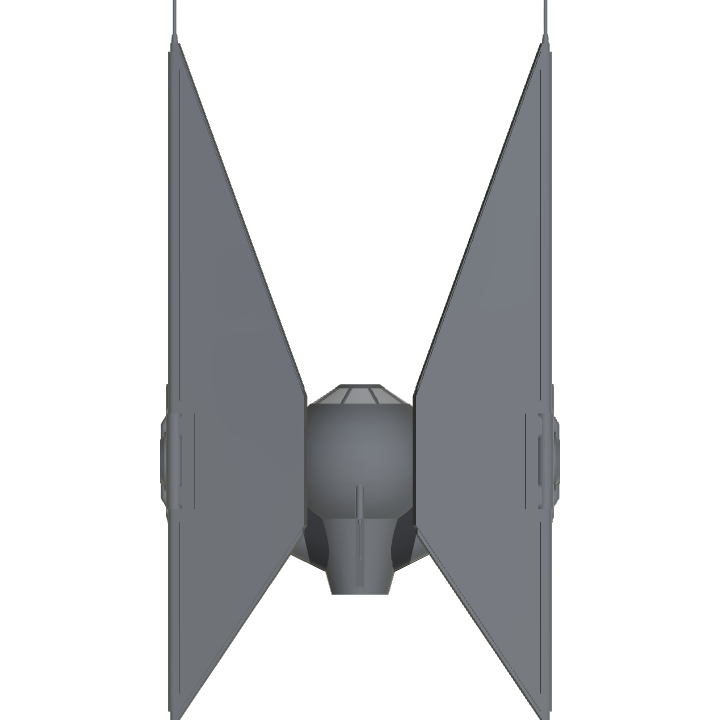 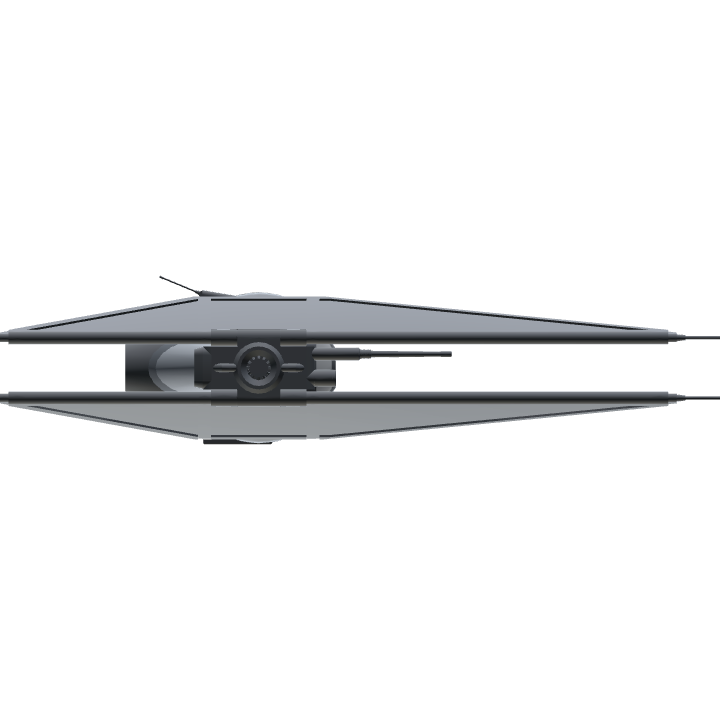