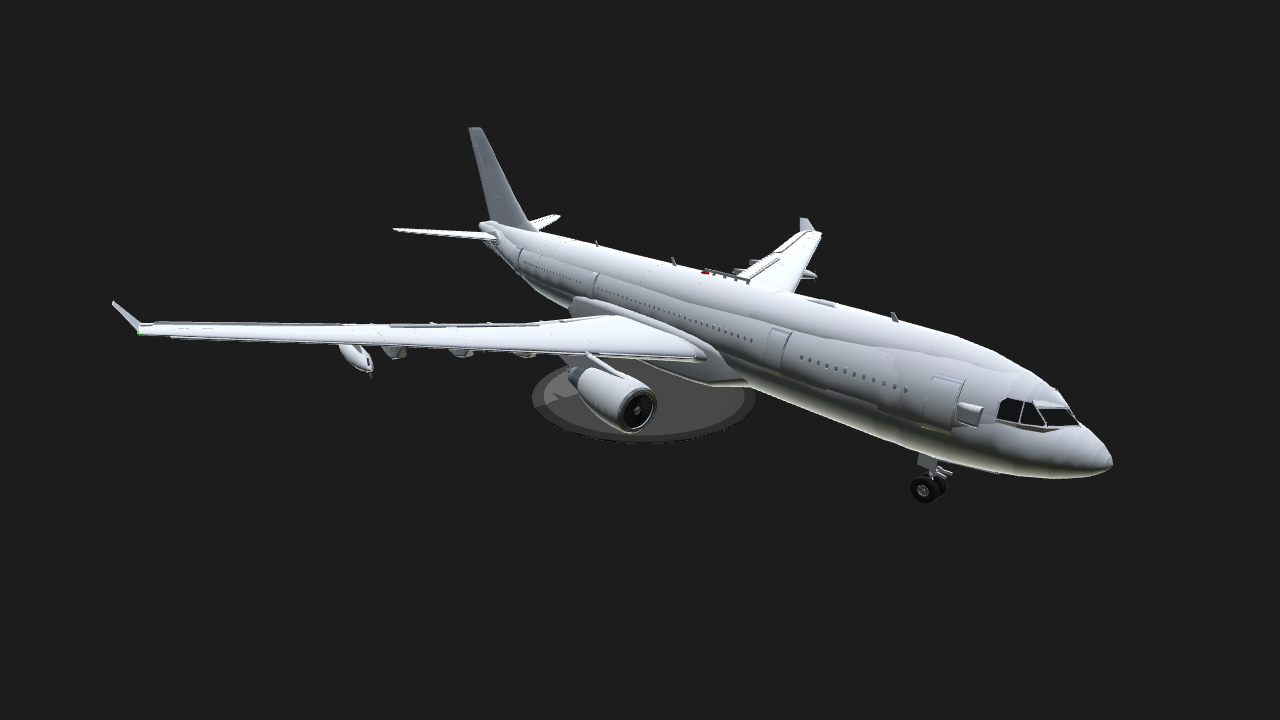 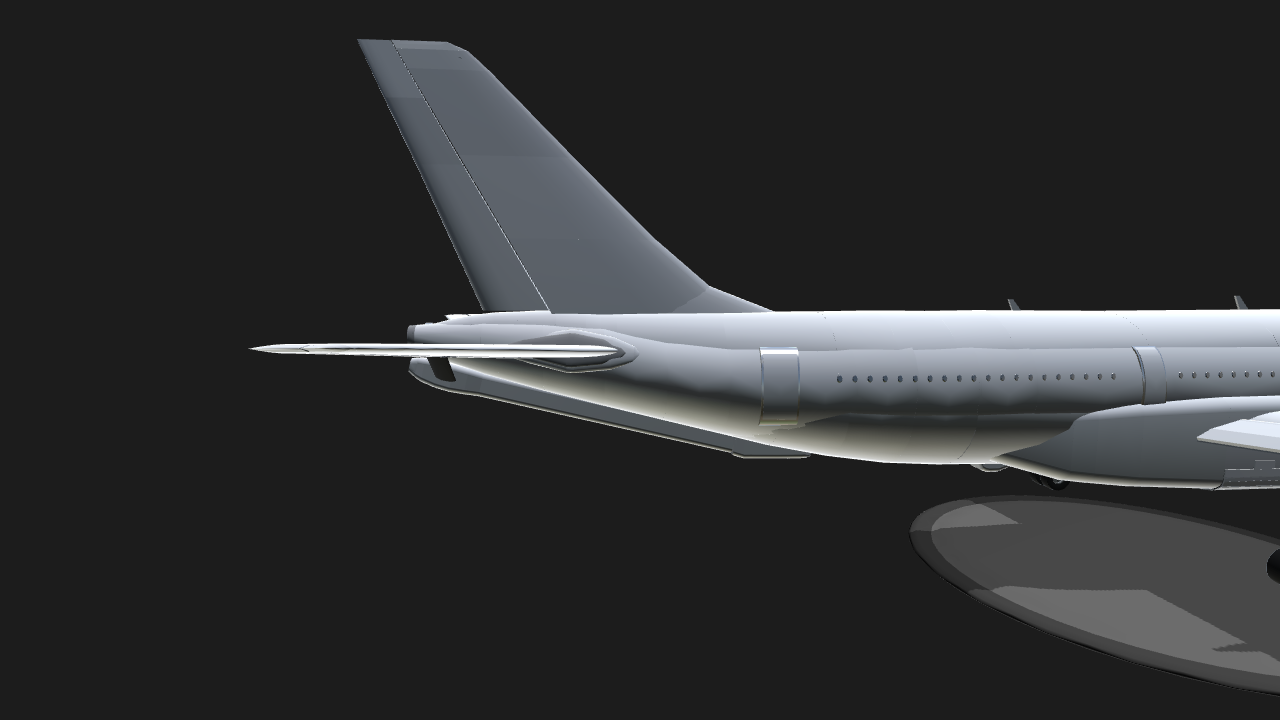 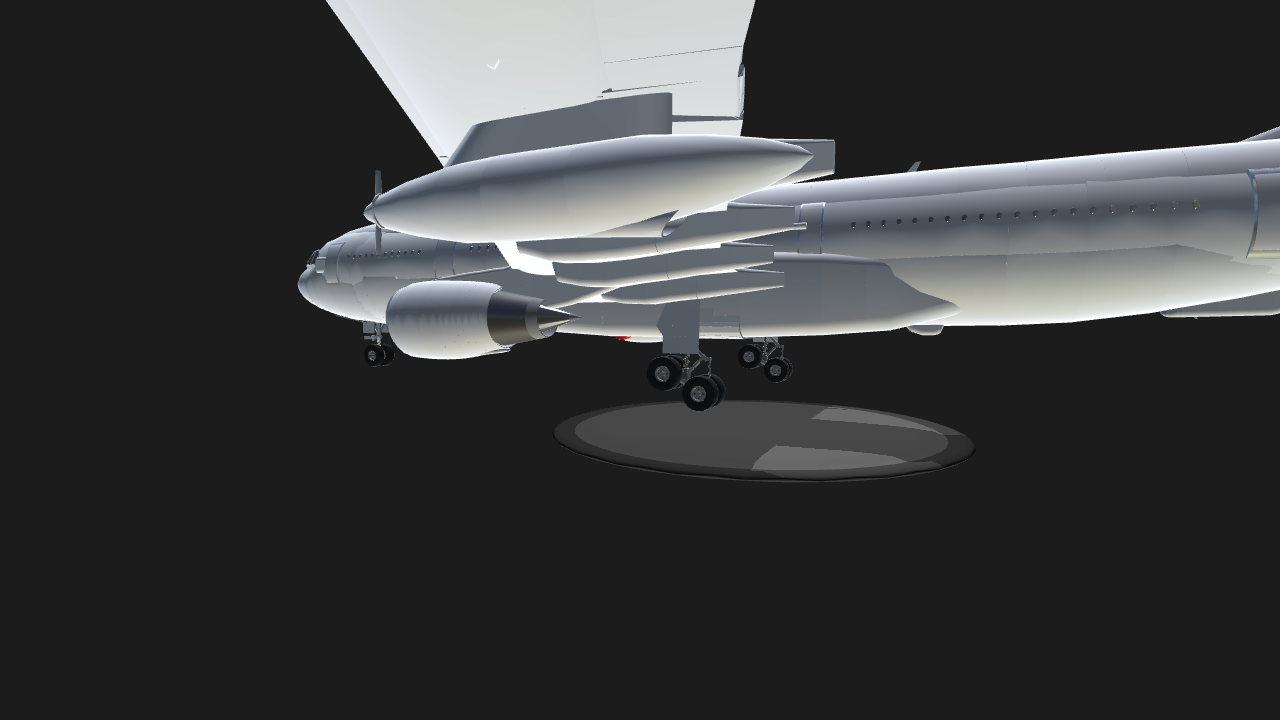 Note to self: the side drouges are just for decoration, it would have a huge part penalty if I were to make a fully functional one

Refuelling other aircraft
Airbus Military Aerial Refuelling Boom System (ARBS) for receptacle-equipped receiver aircraft.
Cobham 905E under-wing refuelling pods for probe-equipped receiver aircraft.
Cobham 805E Fuselage Refuelling Unit (FRU) for probe-equipped receiver aircraft
Being refuelled
Universal Aerial Refueling Receptacle Slipway Installation (UARRSI) for self in-flight refuelling.
The A330 MRTT has a maximum fuel capacity of 111,000 kg (245,000 lb) without the use of additional fuel tanks, which leaves space for the carriage of 45,000 kg (99,000 lb) of additional cargo. The A330 MRTT's wing has common structure with the four-engine A340-200/-300 with reinforced mounting locations and provision for fuel piping for the A340's outboard engines. The A330 MRTT's wing therefore requires little modification for use of these hardpoints for the wing refuelling pods.

The A330 MRTT cabin can be modified to carry up to 380 passengers in a single class configuration, allowing a complete range of configurations from maximised troop transport to complex customisation suitable for VIP and guest missions. Available configurations include 300 passengers in a single class and 266 passengers in two classes. The A330 MRTT can also be configured to perform Medical Evacuation (Medevac) missions; up to 130 standard stretchers can be carried. The main deck cargo configuration allows carriage of standard commercial containers and pallets, military, ISO and NATO pallets (including seats) and containers, and military equipment and other large items which are loaded through a cargo door. Like the A330-200, the A330 MRTT includes two lower deck cargo compartments (forward and aft) and a bulk area capability. The cargo hold has been modified to be able to transport up to 8 military pallets in addition to civilian Unit Load Device (ULD).
An optional crew rest compartment (CRC), located in the forward cabin can be installed for a spare crew to increase time available for a mission. The passenger cabin of the A330 MRTT can be provided with a set of removable airstairs to enable embarkation and disembarkation when airbridges or ground support equipment are not available.

Standard commercial A330-200s are delivered from Airbus Final Assembly Line in Toulouse (France) to Airbus Military Conversion Centre in Getafe, Spain for fitting of refuelling systems and military avionics. The tanker was certified by Spanish authorities in October 2010. It was first delivered to Australia on 1 June 2011. Qantas Defence Services converted the remaining four A330-200s at its Brisbane Airport facility on behalf of EADS for the Royal Australian Air Force.

On 30 September 2016, Airbus Defence and Space completed the first flight of the new standard A330 MRTT. The new standard features structural modifications, aerodynamic improvements for a 1% fuel-burn reduction, upgraded avionics computers, and enhanced military systems. The first delivery is planned for 2018. 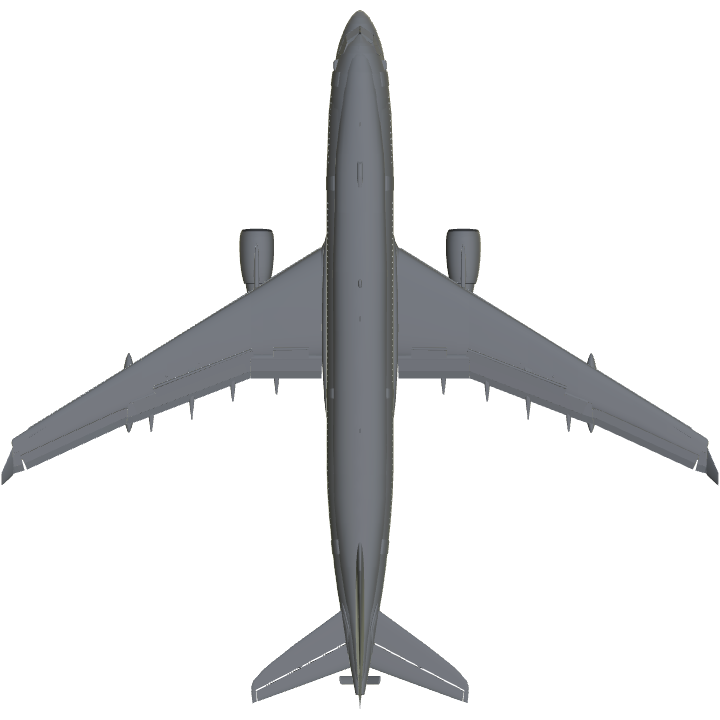 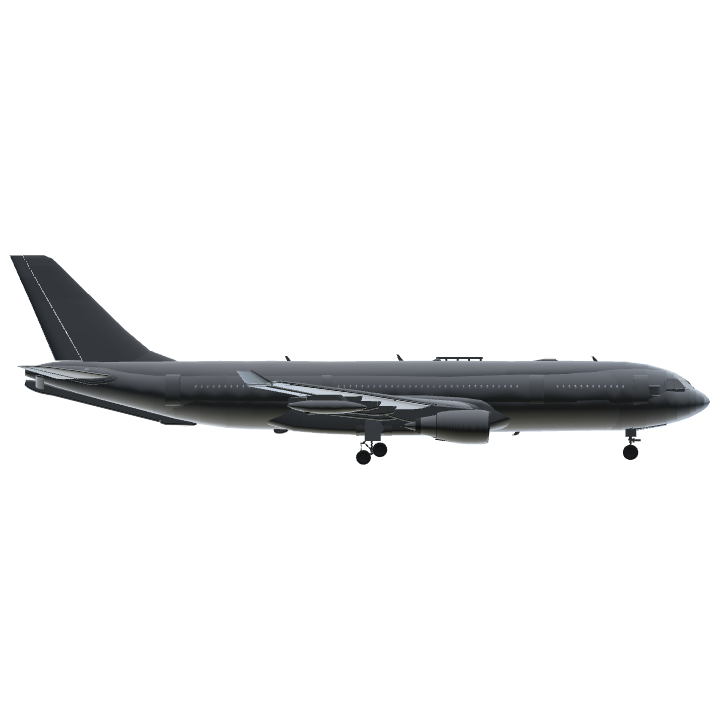 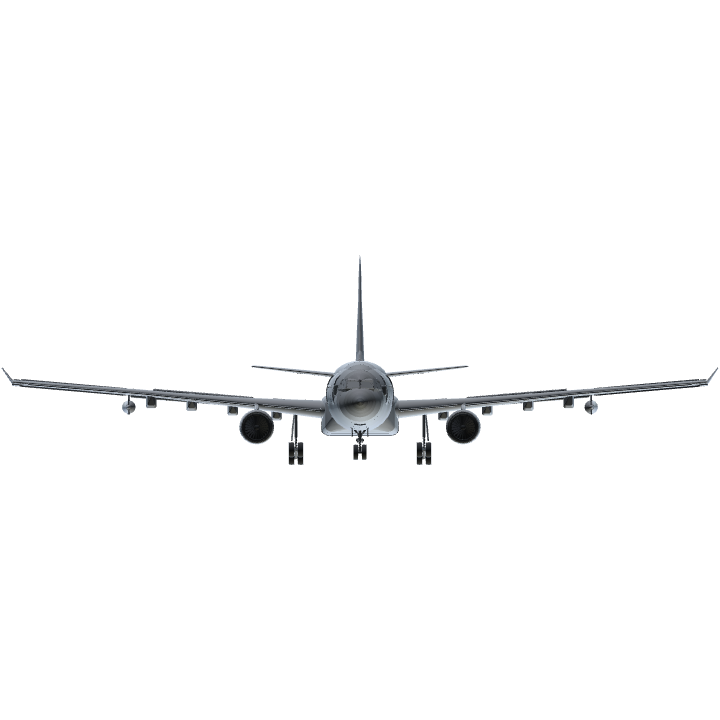