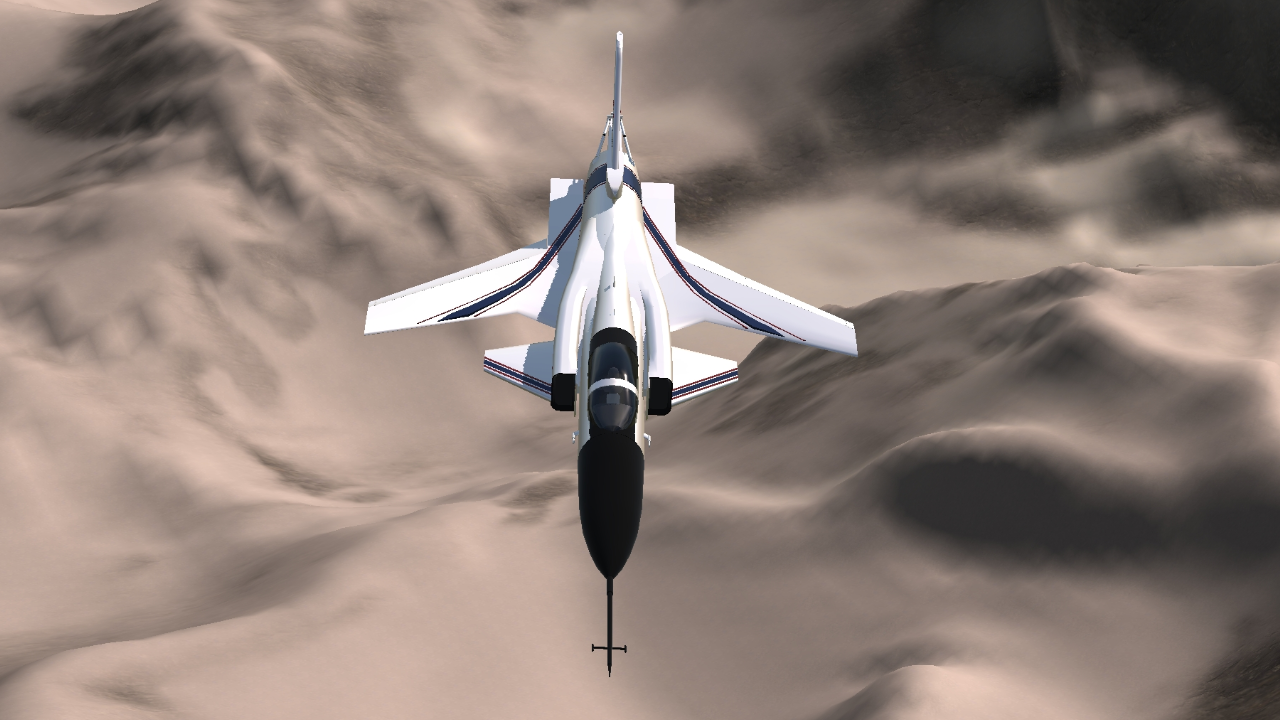 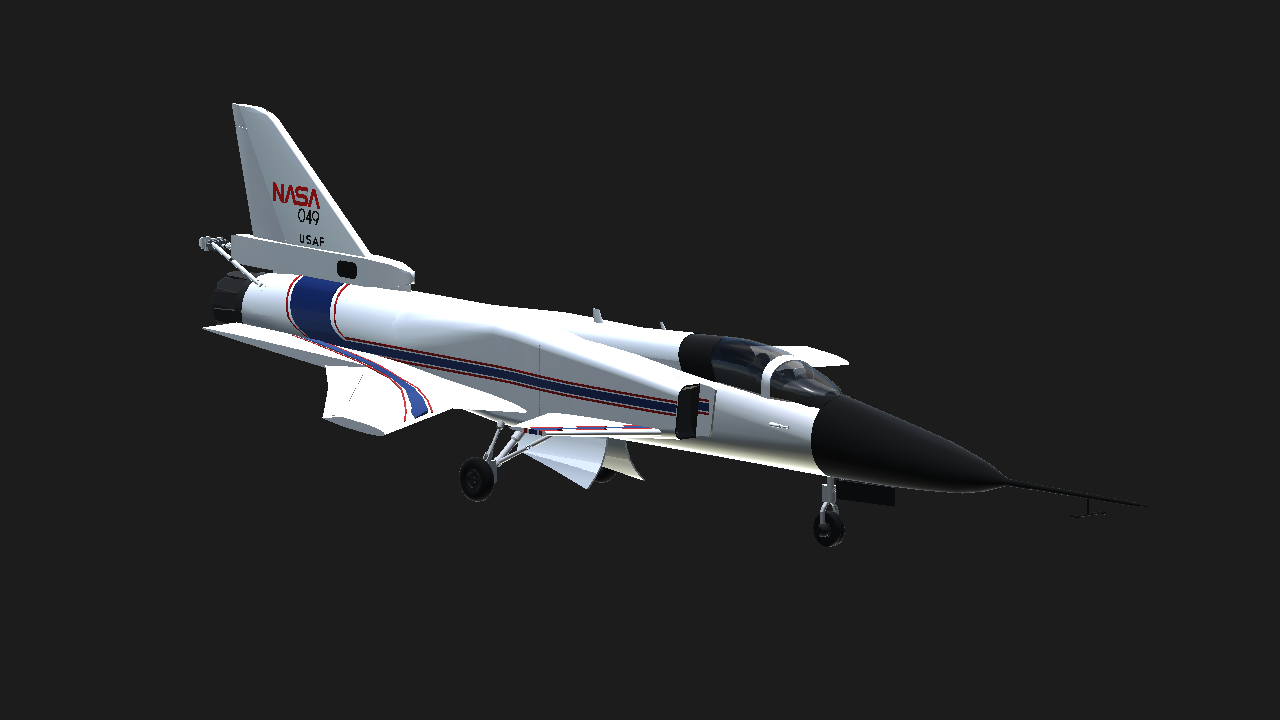 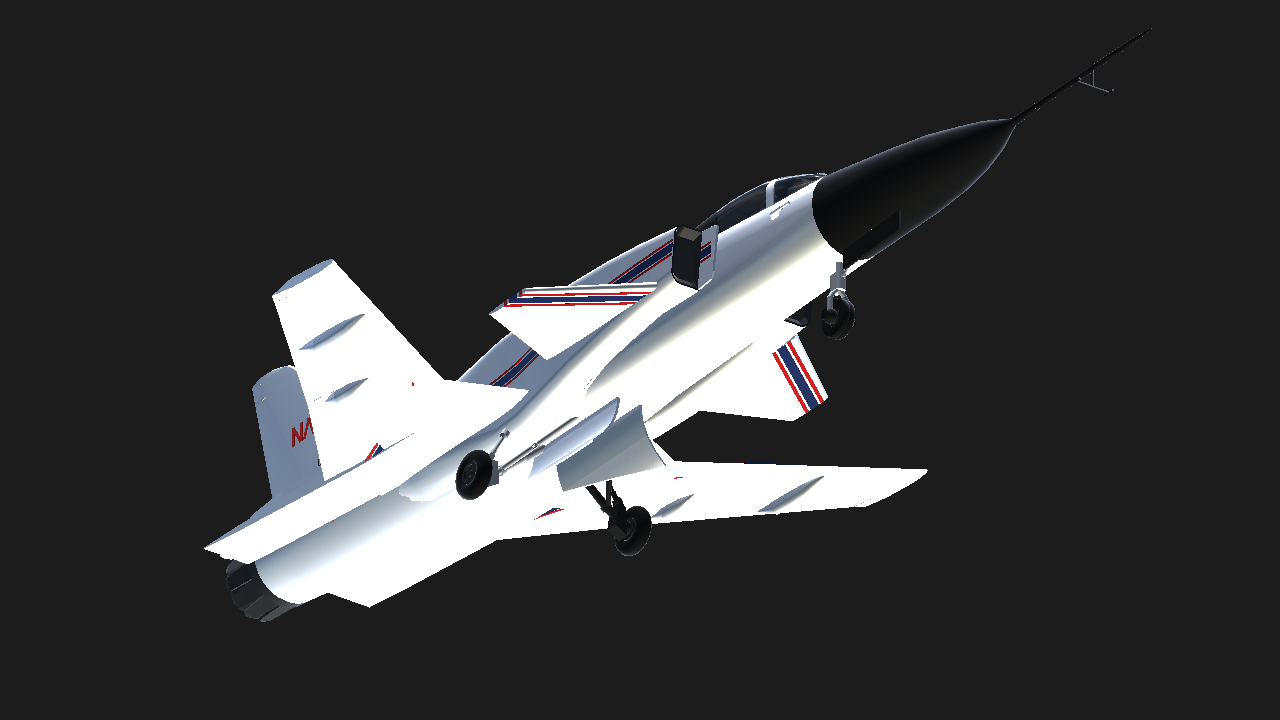 Description (According to Wikipedia)

The Grumman X-29 was an American experimental aircraft that tested a forward-swept wing, canard control surfaces, and other novel aircraft technologies. The X-29 was developed by Grumman, and the two built were flown by NASA and the United States Air Force. The aerodynamic instability of the X-29's airframe required the use of computerized fly-by-wire control. Composite materials were used to control the aeroelastic divergent twisting experienced by forward-swept wings, and to reduce weight. The aircraft first flew in 1984, and two X-29s were flight tested through 1991.

The X-29 design made use of the forward fuselage and nose landing gear from two existing F-5A Freedom Fighter airframes (63-8372 became 82-0003 and 65-10573 became 82-0049).[1] The control surface actuators and main landing gear were from the F-16. The technological advancement that made the X-29 a plausible design was the use of carbon-fiber composites. The wings of the X-29, made partially of graphite epoxy, were swept forward at more than 33 degrees; forward-swept wings were first trialed 40 years earlier on the experimental Junkers Ju 287 and OKB-1 EF 131. The Grumman internal designation for the X-29 was "Grumman Model 712" or "G-712".

Now I wanted some few realistic things on the aircraft like fly-by-wire, so I intentionally put the CoM behind the CoL, basically making this aircraft pitch unstable. And using a FT equation I found online, the aircraft is flyable though still plagued with instabilities

Before you Take Off

Please, please, please, set Trim halfway down, the aircraft will be pitching down with neutral trim
Also don't try to pitch the plane too hard, there is a high risk that it spirals out of control, if it happens, use the chutes

AG1 : Activates the Afterburners
AG2 : The aircraft is equipped with Anti-spin chutes, activate this when the aircraft goes out of control 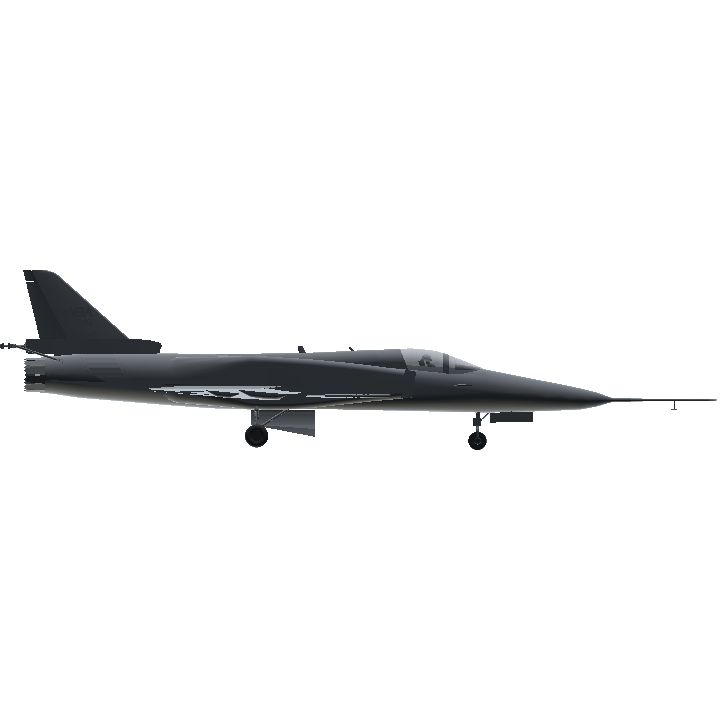