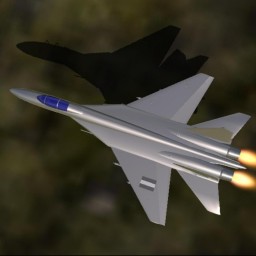 Now work is underway to write a biography. It's not finished yet.

The story begins in 1914, when the state [had not yet come up with the name] located north of the Kingdom of the Southern Islands with the help of the German Empire struck a surprise blow. The Kingdom's,, well-organized,, (no) army did not even put up resistance. In two days, 80% of the territory was captured.
The remains of the Kingdom fell apart into many separate pieces. One of the fragments, consisting of 4,000 soldiers and 7,500 civilians, capturing 2 light cruisers and 5 cargo ships disappeared on an unknown Aolagao Archipelago.
This archipelago was not of any interest to anyone. It stood far from all strategically important positions and was uninhabited.
From the very beginning, due to a lack of provisions, a strong agricultural structure was organized. When the shortage of provisions was over, all vital infrastructure was created in no time. By 1915 it was possible to live there, but the order still resembled anarchy. From the very beginning, everything was based on a liberalistic attitude, and therefore democracy was chosen as the state system.
The attack was expected for a long time, but due to the fact that no one cared about the new country (and almost no one knew about it), the attack did not follow.

After the war, a severe famine began in this area of ??the Pacific Ocean, and the republic entered the international arena. Due to its good agricultural structure, which produces a lot of provisions, the Republic began to supply the starving countries with rather cheap provisions. A lot of money appeared in the country, and a strong economic development began.A country with a developed economy, high wages, an acceptable climate, and a large number of vacant jobs very soon began to attract many people.In 1930, the population was 40,000.
Immediately seeing the development of military technology, the directions for the development of the military sphere were highlighted: good technology, powerful engines and excellent weapons. To create military equipment in 1922, KB As was organized, for the development of engines and fuel production - UDRFC (Unaited Democratic Republic Fuel Company), and the KB of industrial factories took up wearpons.
A lot of aircraft, ships and other military equipment were made. Many military bases and factories were built.Many air defense batteries, coastal defense points, fortified places for the location of military equipment and bomb shelters were created.
As a result, in 1937, the Republic turned into a strong state with a developed economy, a powerful army and a reputation as a good ally and reliable partner.

From the very beginning of the war, the Republic took part in it on the side of the anti-Hitler coalition. Initially, most of the forces were stationed in the Atlantic, but after the end of the first stage of the Battle of the Atlantic, all ships were transferred to the Pacific Ocean.
A few months later, the state [has not yet come up with] declared war and began regular mutual raids of strategic bombers. The enemy's attacks were not effective due to the powerful air defense, a large number of bomb shelters and decoys. The Republic's attacks in response were far more damaging due to flanking maneuvers, fighter cover, and precision bombing.
In September 1941, the Battle of Attol Oeno took place. Its result was the strategic superiority of the republic's fleet and the command was quick to take advantage of this. Two months later, 9 of the 17 archipelagos of the enemy state were captured.
The enemy fleet (or rather its surviving part) tried to gather into a single armada, but this did not work due to constant attacks on warships trying to get to the gathering point. Strategic air raids destroyed enemy aircraft factories. Most of the airbases were destroyed, and with them the aircraft located on them.
The enemy lost superiority not only in water but also in the air. The situation for him became critical and in 1943 he capitulated.
Having gained unhindered access to American bases, the fleet was transferred there.During 1943 - 1945, the army of the Republic participated in the operations of the American fleet, and the aviation (thanks to the long range) were transferred to the Eastern Front, through the US base in Hawaii, the bombing of Japan, landing on the territory of the USSR, and then flying to the front (route: attol of independence - Hawaii - Japan (no landing) - Vladivostok - Novosibirsk - Eastern Front).
In 1945, the ships of the republic in the American fleet fired at the coast of Japan.
Under the terms of the peace treaty, the Republic received a compensation in the amount (by modern standards, about $ 80,000,000) and gives up all the occupied territories.

The republic asked the UN to make the border of territorial waters at a distance of 80 km, and not 22 as established. The UN agreed, deciding that it did not bother anyone.
When international relations began to tighten, the Republic declared that in the event of any military conflicts that did not affect it, it would be neutral, but would still have serious weapons. (the policy of "armed pacifism").
When, in 1959, due to nuclear tests by the United States, an increase in the level of radiation was recorded on the territory of the republic, the Republic presented the United States with a demand for compensation.The United States refused, believing that nothing threatened them, but the next day the republic stole 4 nuclear bombs. The campaign was paid in the evening, and the bombs were returned the next morning.
There were several military clashes with neighboring states, but they were quickly closed with very unpleasant retaliatory strikes.
By 1980, the population was 170,000.

At this time, industry and the economy developed very strongly. The population was growing. The republic was finally recognized by all countries. A very peaceful time. All the troubles were carried out, due to the location of the Republic,, in the ass of the world,, (it was just not easy to get to it).

It is a major caterer in this area of ??the world. Produces reliable equipment, powerful weapons and supplies fuel. Has a fairly strong influence on the world community. The locals have a liberal attitude, but a little reserved. In general, this country is a reliable partner.
Working on pictures

Note 1: the keel must be completely painted with this pattern.
Note 2: exceptions are allowed, for example, if the aircraft does not have a keel.

Note 3: The sign is only available on large aircraft.

Note 4: there may be an unusual way of applying identification marks. For example, painting the entire hull (on small aircraft)

A little about me.

Schoolboy from Russia.
15 years.
I live in the Moscow region.
A bit lazy.
Sociable, but few people to communicate with.
Passive lifestyle.
I use google translation, so sorry for the grammar.

I build a lot of aircraft. Both replicas and fictional. More cues upload as they look better than my fictional planes. Most of them are fictional, but I rarely post them. I make both planes and ships with tanks.

A link to the catalog

In fact, I have more experience than it seems. I started building in simplerockets 2. After 4 - 5 months I heard about simpleplanes. Downloaded. Played. Liked. A month later I was registered on the site. Since then I have been building planes. I deleted the early works (the worst ones).

Many thanks to player SAMECNIKITA41 for the tremendous support, the last upvote to silver and just for being a sociable player.

Thanks to StarlightRE user for the last vote before gold.