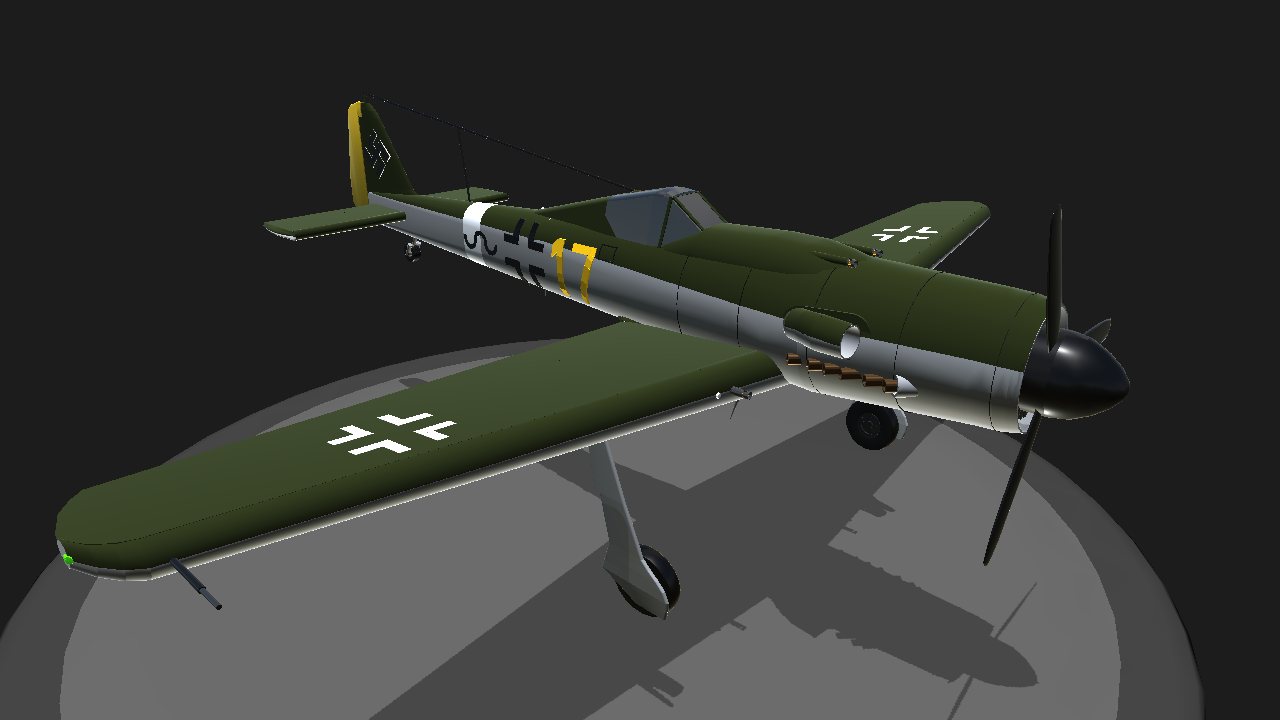 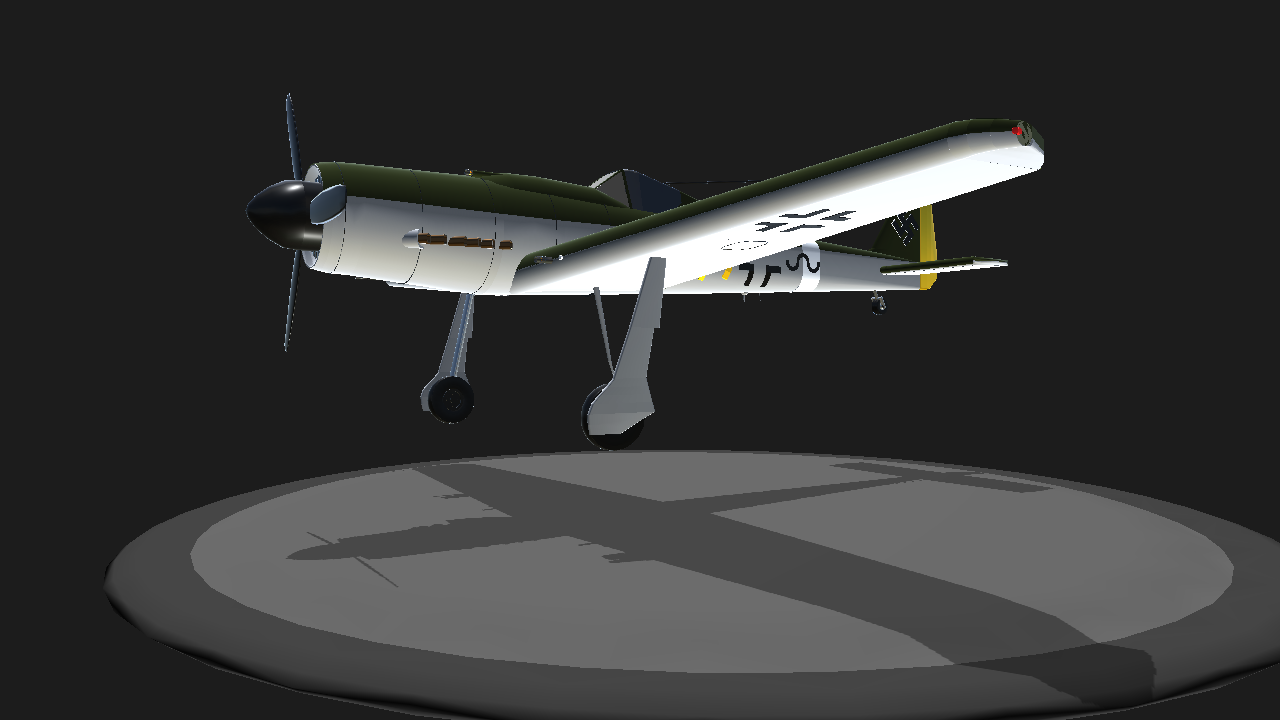 The Fw-190 D-9 in all its glory. Its the first build in its series, the "Weekly Series" (P-38 next, then maybe a Zero) I built this more for looks than anything else, but it does its job. Controls: Ag 1 for landing lights and unlocking tail wheel (Use for taxi.) Ag 8 for nav lights. Vtol down for flaps (Use for landing and takeoff) Instructions: Takeoff- Vtol half down and slowly throttle up for realism. Once airborne, retract the gear and bring Vtol to neutral and slide the trim bar up. (Tail heavy so it can land) Landing: The hardest part. Ag 1 and come in slow, like 110-130 mph. Slide trim back to neutral. When at 100 mph, vtol down. Touch down at 85-90 mph, and pull down as hard as the stick will allow. TAP the brakes very SLOWLY and when tail wheel hits the ground start turning to slow down. Keep braking the same way, with slight taps. You have now landed! I added the Swastika in just as a detail to the real thing, not to promote the Third Riech. Please enjoy, I spent a while on this. A Fw-190 F-8 wil be up later. Have fun! -CRJ900Pilot 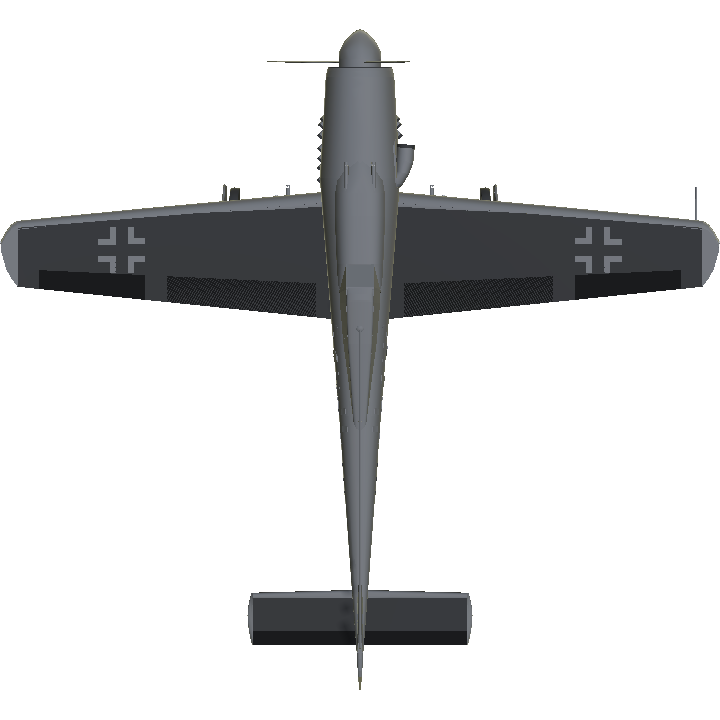 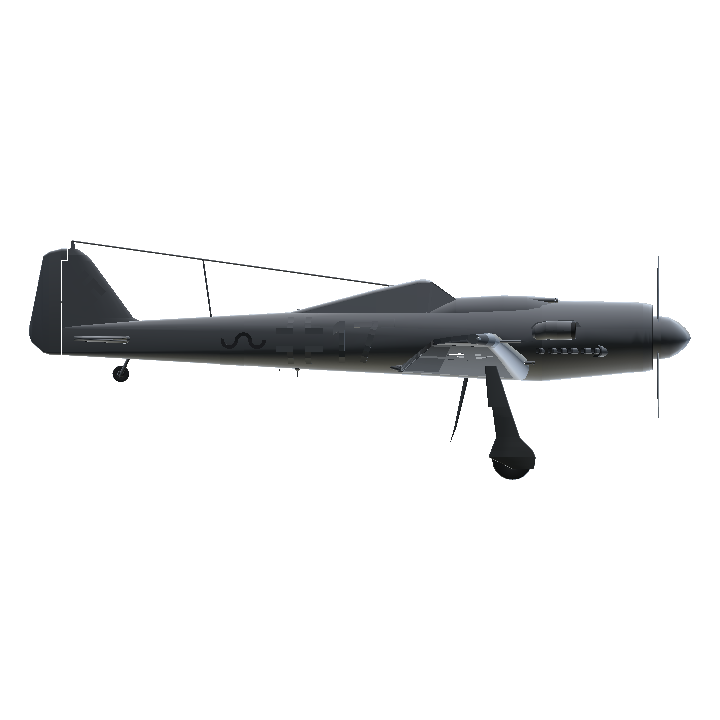 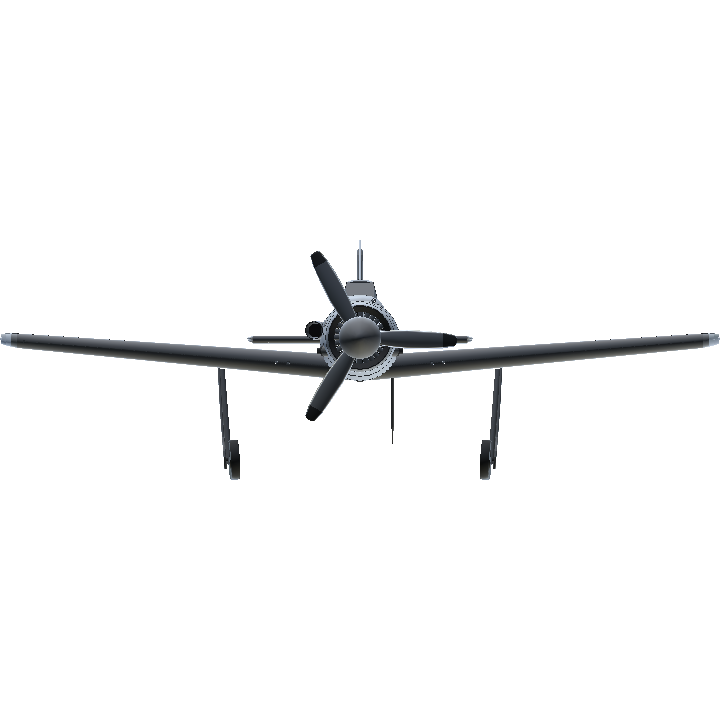