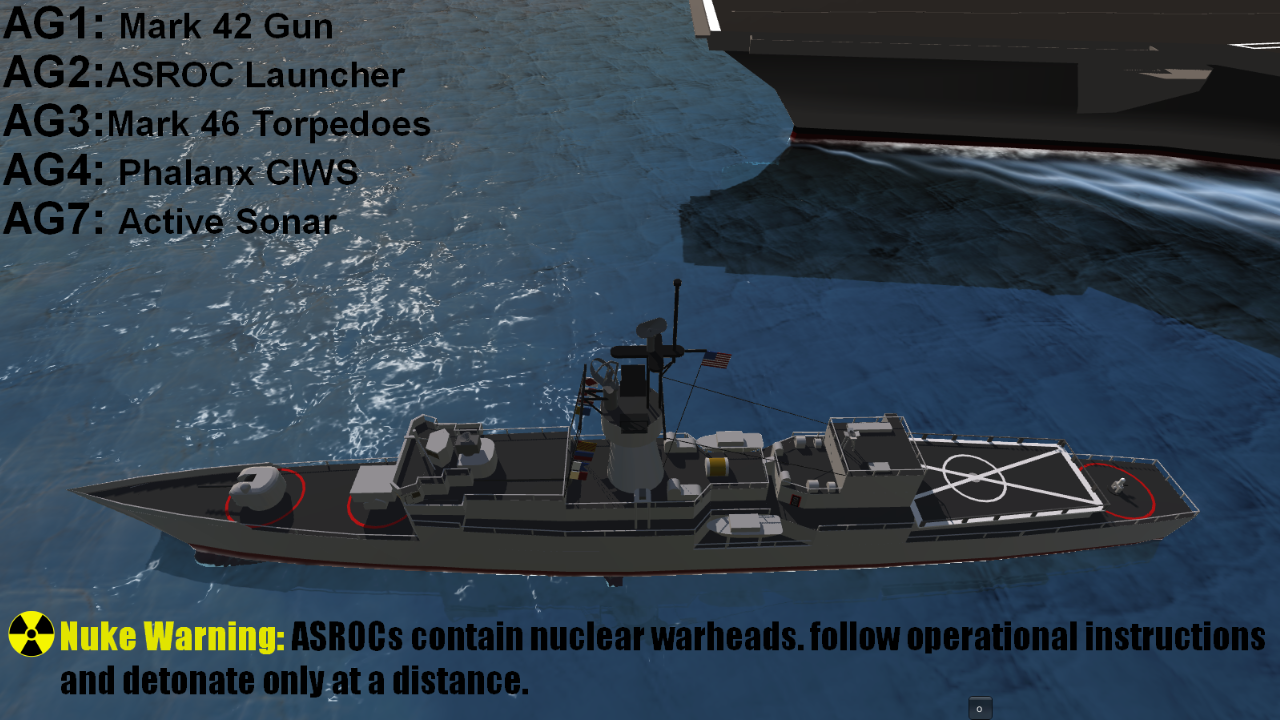 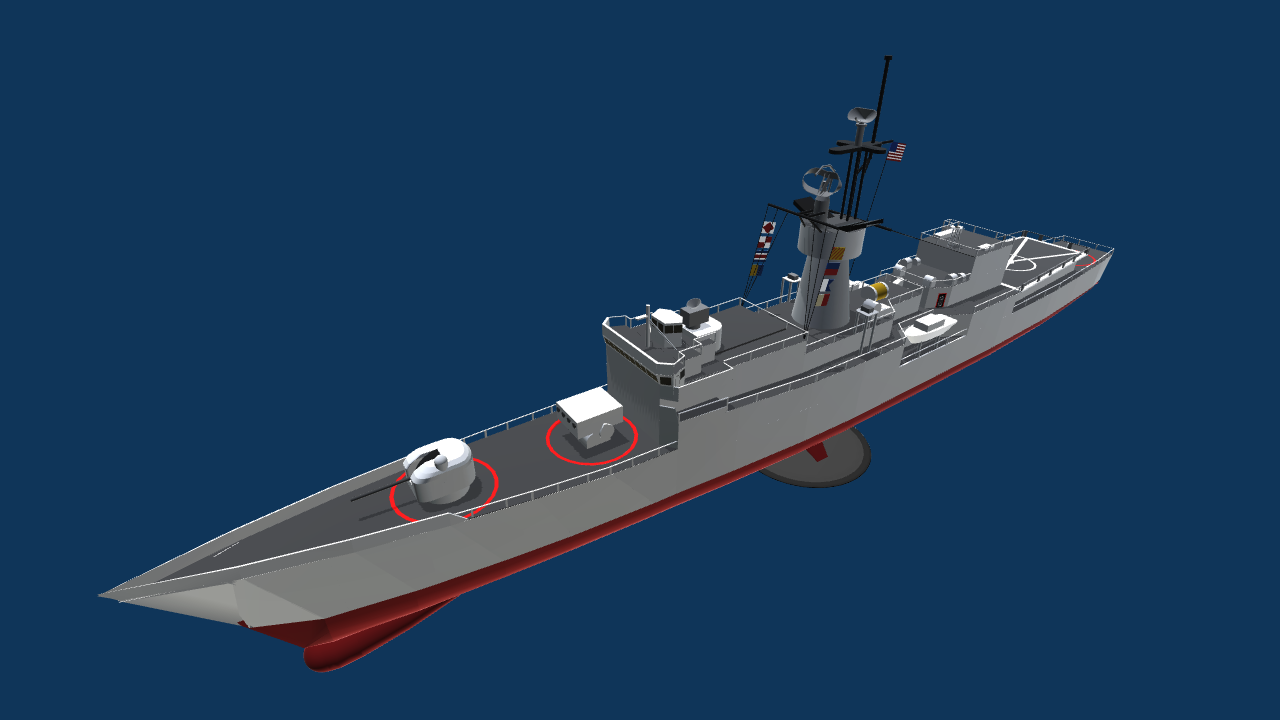 Originally laid down as an Ocean Escort before being Reclassified as a Frigate, the Knox class was the most numerous of the United States Navy's second generation of Anti-Submarine Escort ships. Like the Soviet Udaloy Destroyers, the Knox was armed with ASW purposes in mind, including the nuclear Armed ASROC missile system. This replica comes with those missiles and more and is made with hunting submarines in mind, letting none escape no matter how deep they go. Deadly Nuclear Armed Anti-Submarine Missiles. NUKE WARNING: Follow the operational instructions exactly. Failure to do so may lead to LAG, CRASHES, and or the DESTRUCTION OF THE BOAT! Free to use with credit.
- AG2 to Activate
- Switch weapon to the warhead and use the trajectory line to aim
- VTOL and Trim to Aim the Launcher
- Switch weapon to the Rocket and Fireweapon
- Switch back to the warhead, watch the trajectory indicator.
- Fireweapon once it disappears, indicating the rocket has hit the water. Phalanx CIWS guns for shooting down aerial threats at close range.
- AG4 to activate
- Camera 1 for Turret view
- Pitch and Roll to Aim Specially modified guns developed by NFIGMT which illuminate the water, showing submerged targets as silhouettes.
- AG7 to Activate
- FireGuns to use. 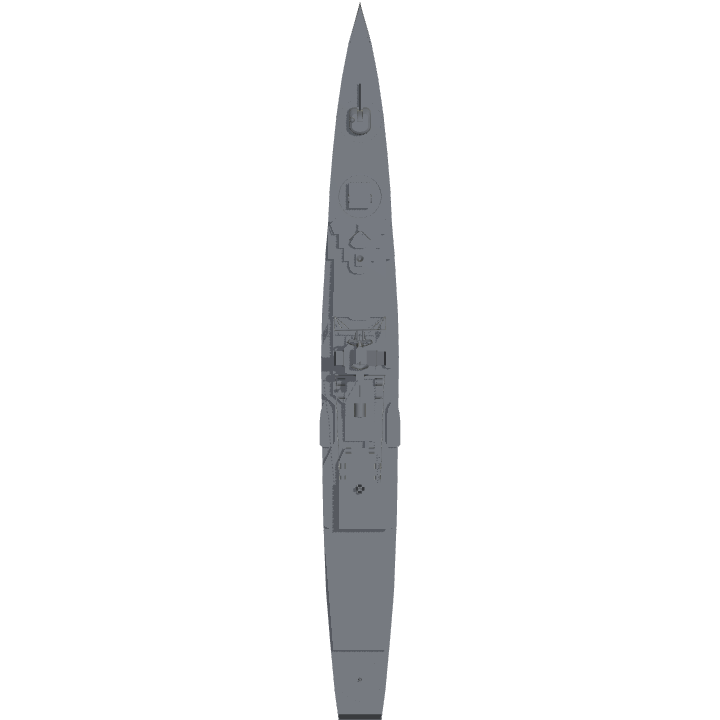 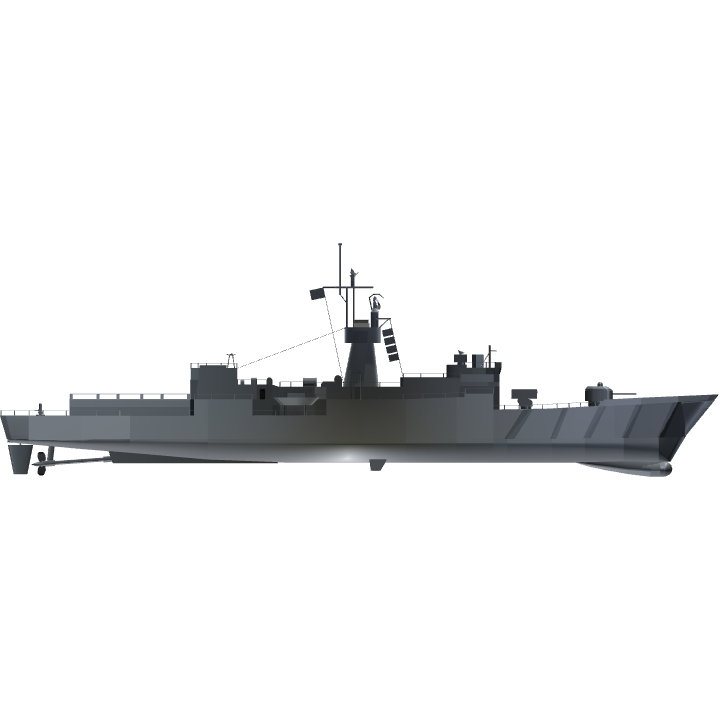 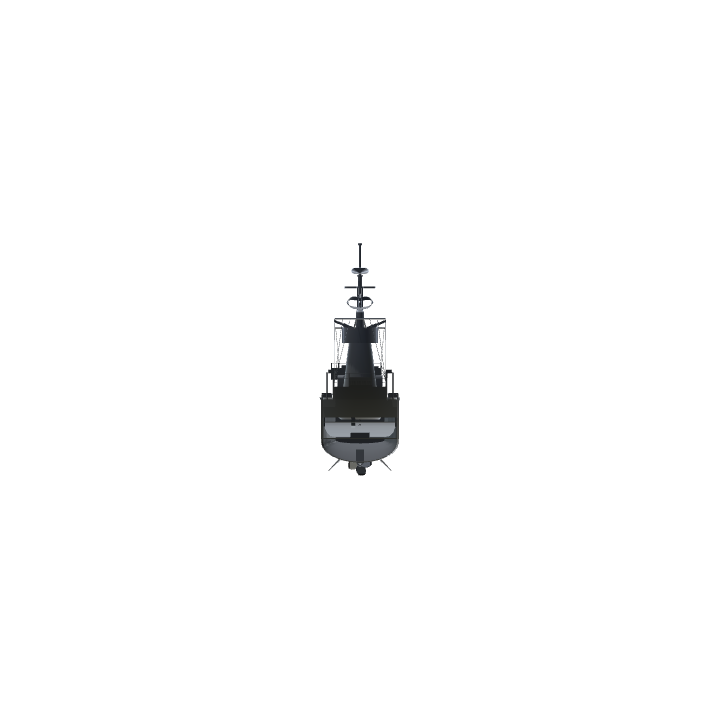