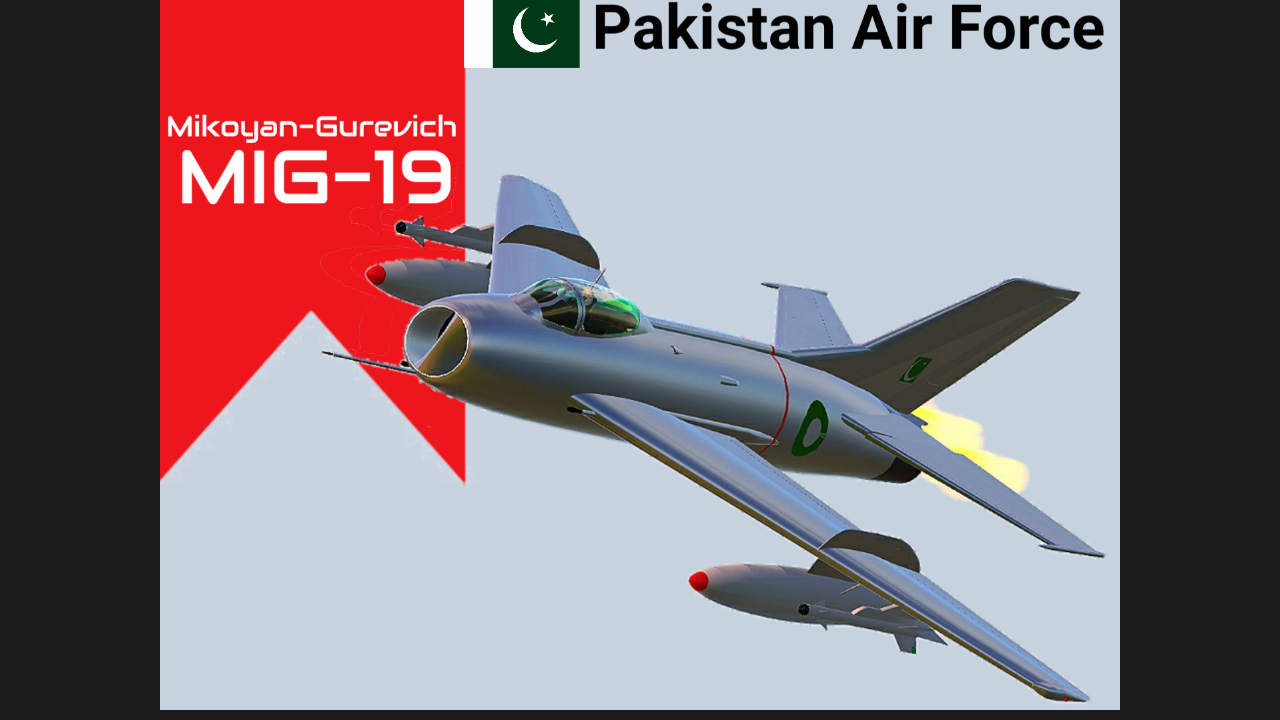 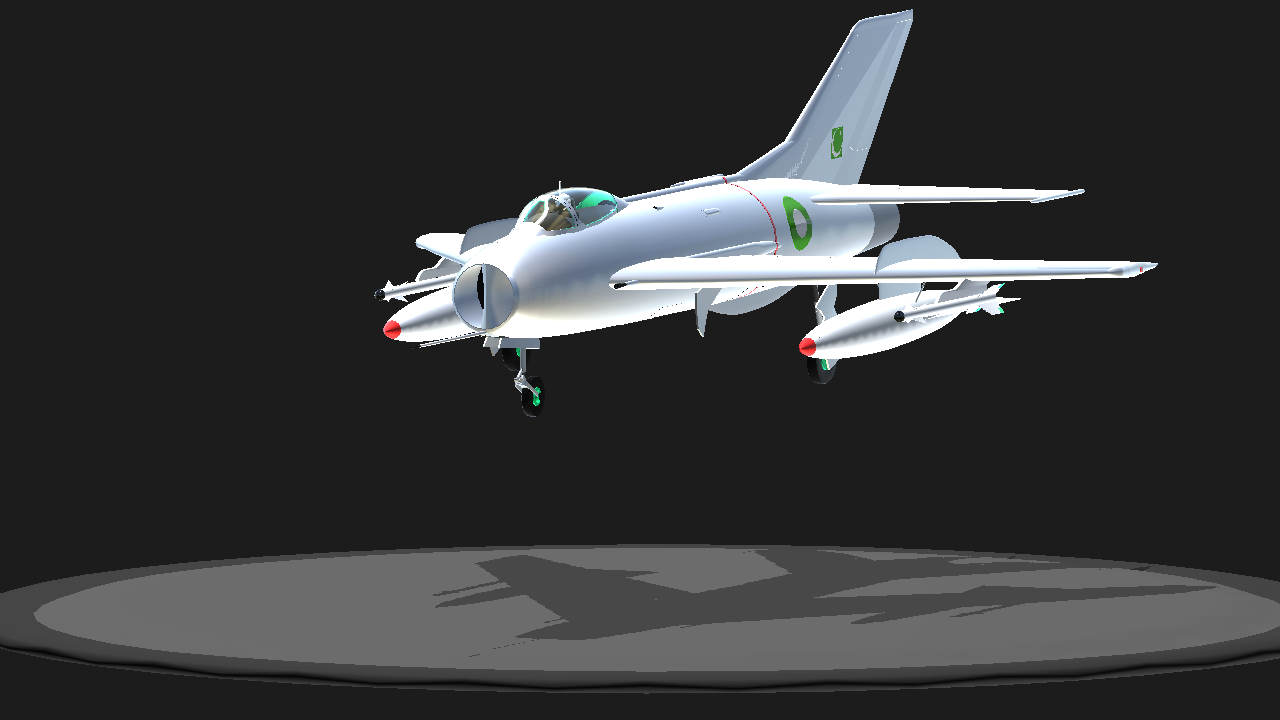 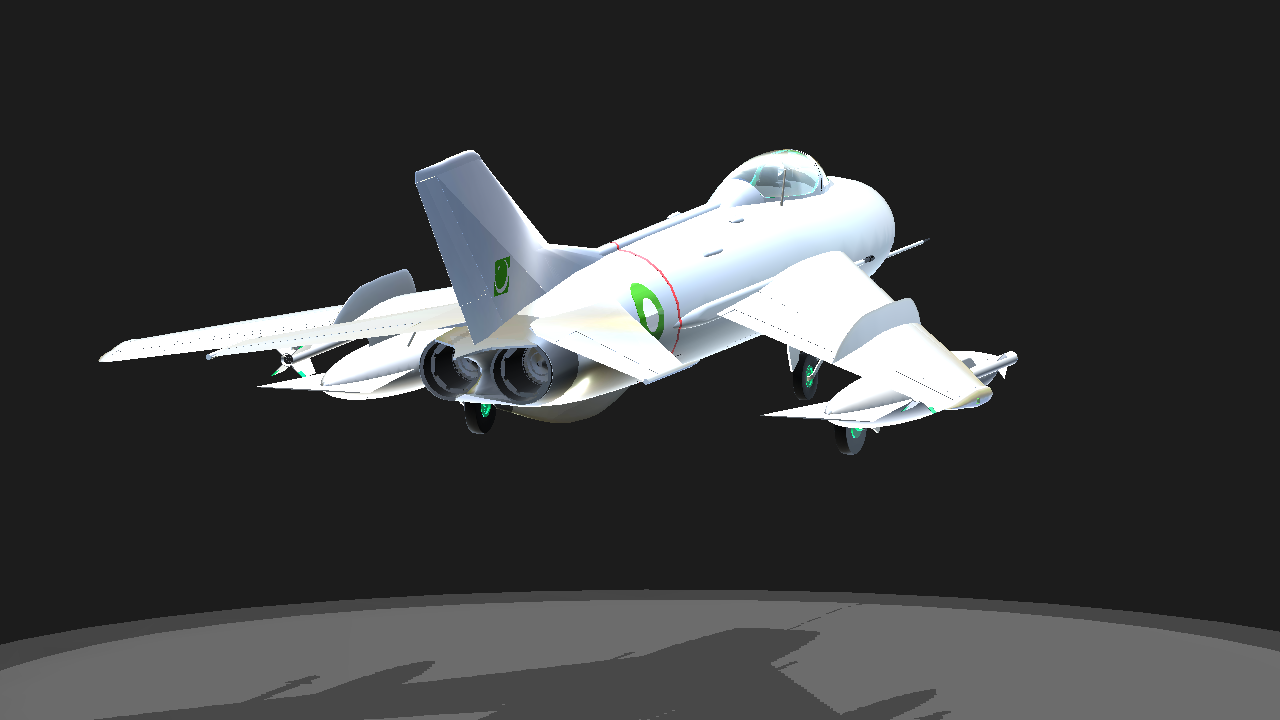 Trim: at low speeds use the trim to keep the aircraft level
Turn rate: 24s

The Mig-19 was the Soviet Union's first serial production supersonic jet fighter. Initially conceived as a day fighter with limited all-weather capability, the Mig-19 evolved into a formidable aircraft. Rushed design and production gave the Mig-19 many problems in operational use and safety. This deterement was so much, that air arms operating the Mig-19 quickly replaced their examples with the later Mig-21 or Western designs.

Despite it's shortcomings, the Mig-19 and it's derivatives saw combat in the Vietnam War, the Arab-Israeli conflicts, the Ogaden War (between Somaila and Ethiopia), the Iran-Iraq war of the ninteen eighties, Indo-Pakistani wars of the nineteen seventies and in various Cold War skirmishes. Mig-19's were built under license in Czechoslovakia as the S-105 and in China as the J-6.

Chinese production improved upon the design into variants not produced by the Soviet Union. Notably, a two-seat trainer, the JJ-6, was produced in China along with a significantly-modified variant, called the Q-5. Until only a few years ago, the J-6 was in squadron service with the People's Liberation Army Air Force (PLAAF) and in allied countries. The 2012 Zhuhai air show, in China, saw a J-6 take part in the static display.

The Mig-19's design started with an aircraft called the I-360, or SM-9. The idea was to create an escort fighter for Soviet bombers which could achieve supersonic speed in level flight. The Mig-17, Mig-19's predecessor, could go supersonic in a dive, often with fatal results. Starting point for the SM-9 was the Mig-17. The Mig-17's fuselage was stretched by five feet, a T-tail was added over the mid-set horizontal stabilizer. A stretched canopy was added to the raised cockpit for better visibility. The SM-9 and resulting Mig-19 would feature a new, highly-swept wing which would become the design's trademark.

Two Mikulin AM-5 engines were used over the Mig-17's single VK-1F turbojet. The AM-5 was a significant change in Soviet engine design for two reasons. The first reason being the AM-5 was an axial-flow turbojet over the VK-1 which was a centrifugal-flow turbojet. This allowed two engines to be nestled side-by-sidewithout making the fuselage cross section very large. Secondly, the AM-5 was the first Soviet turbojet, not based on another nation's design.

Soviet Mig-19's had limited opportunities for action against real targets during the Cold War. Among the first targets were balloons sent from Western Europe into Soviet air space to spread anti-communist leaflets. Despite their docile presence and lack of armament, the balloons did pose a threat to low-flying aircraft and to those without RADAR (many in the USSR, then). One Il-14 airliner crashed after a collision with a balloon resulting in the loss of all on board. Dispatching the balloons was not easy task for the fast Mig-19 pilots. A series of low-speed passes had to be made at the slow balloons with a quick departure to avoid collision. Often after several hits from the Mig-19's 23mm and 30mm canons, the ballons would not go down immediately as the air slowly leaked out instead of bursting. 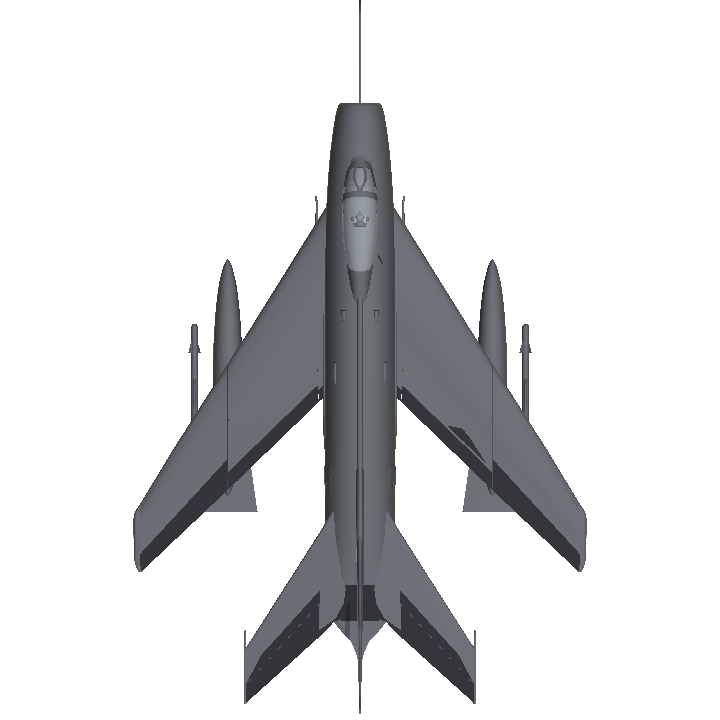 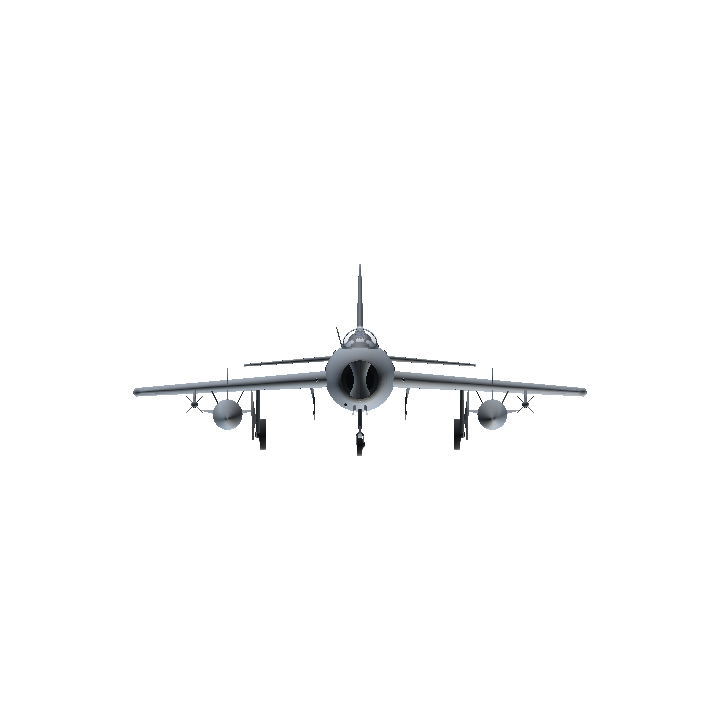