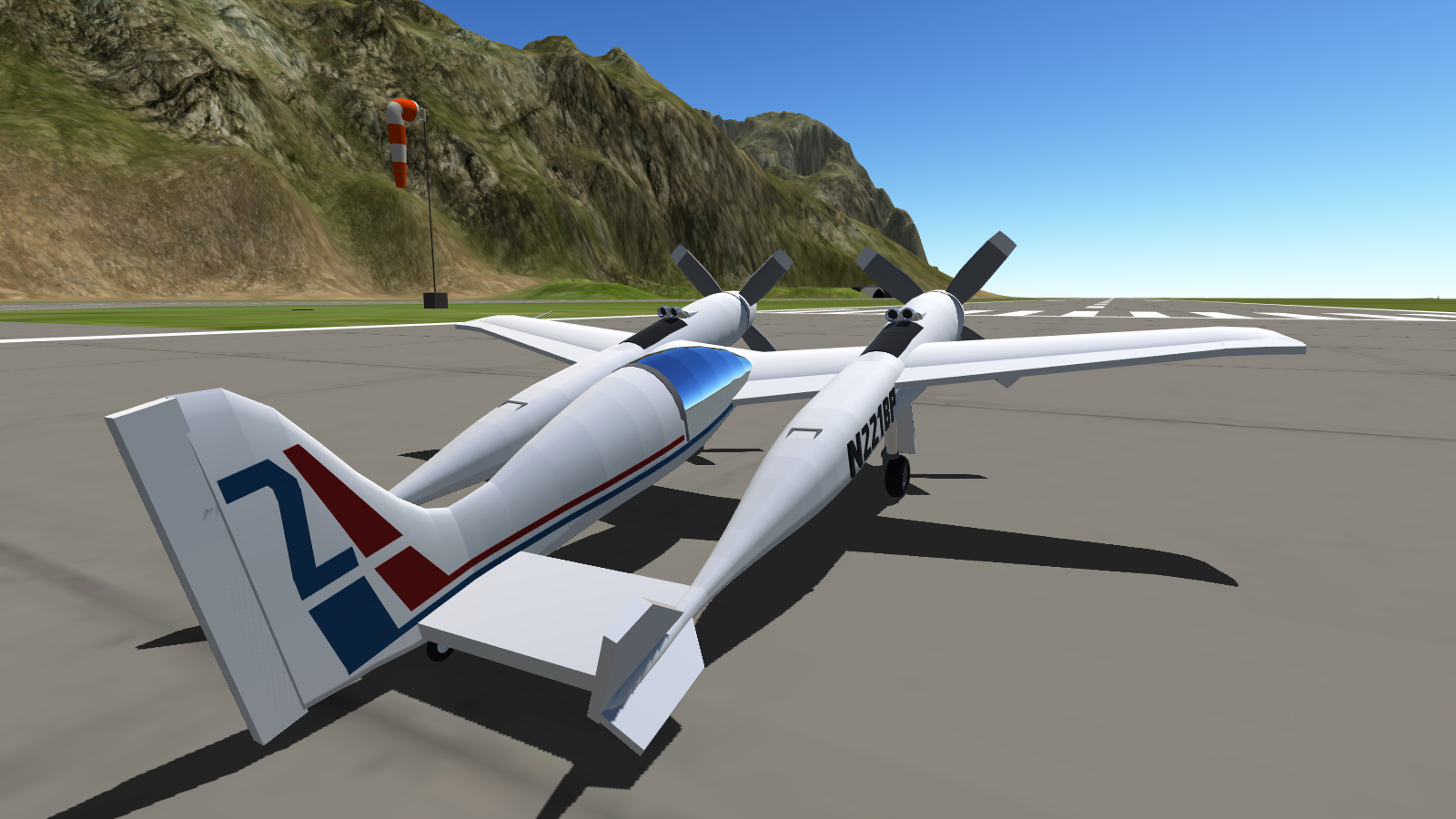 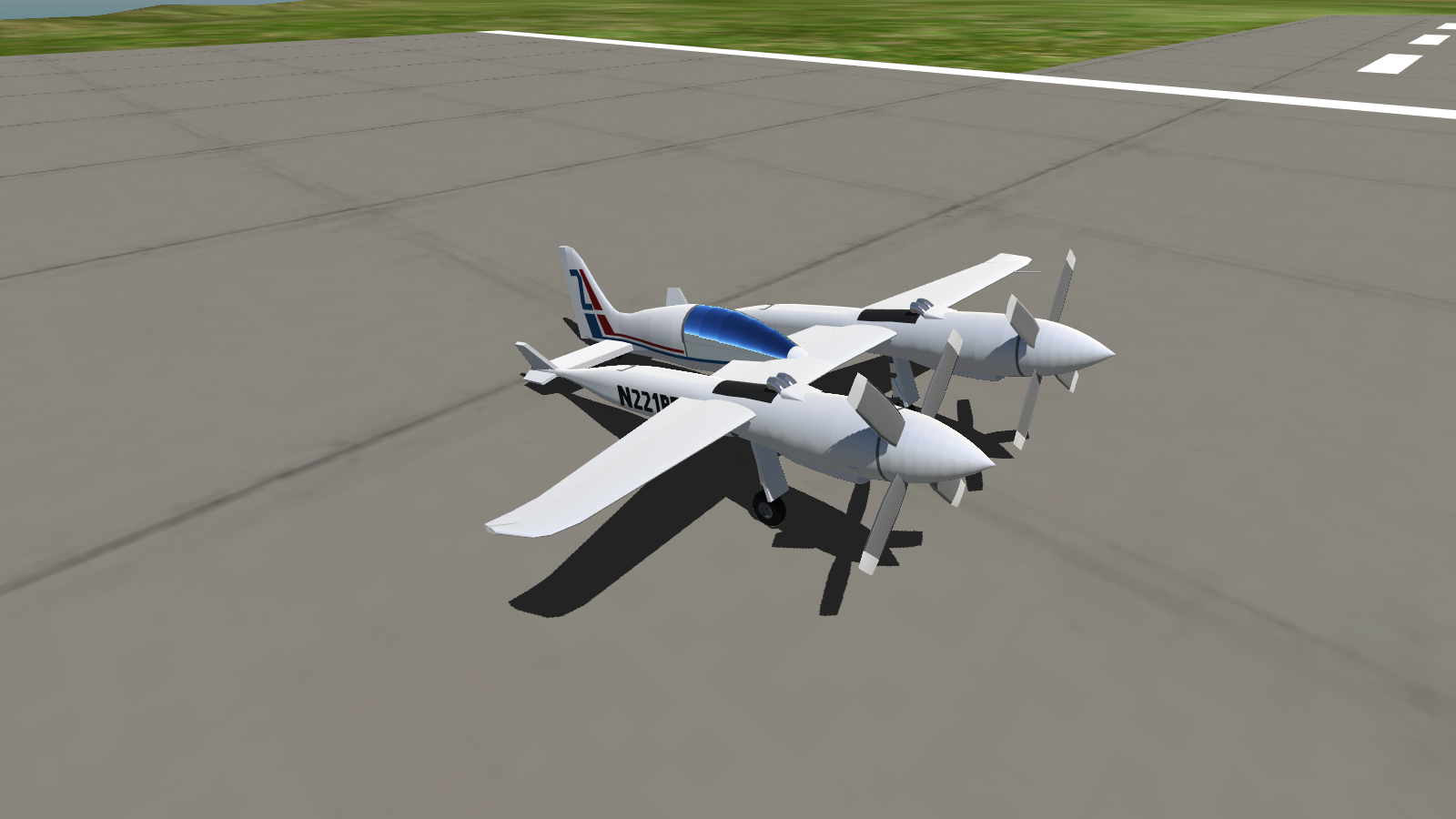 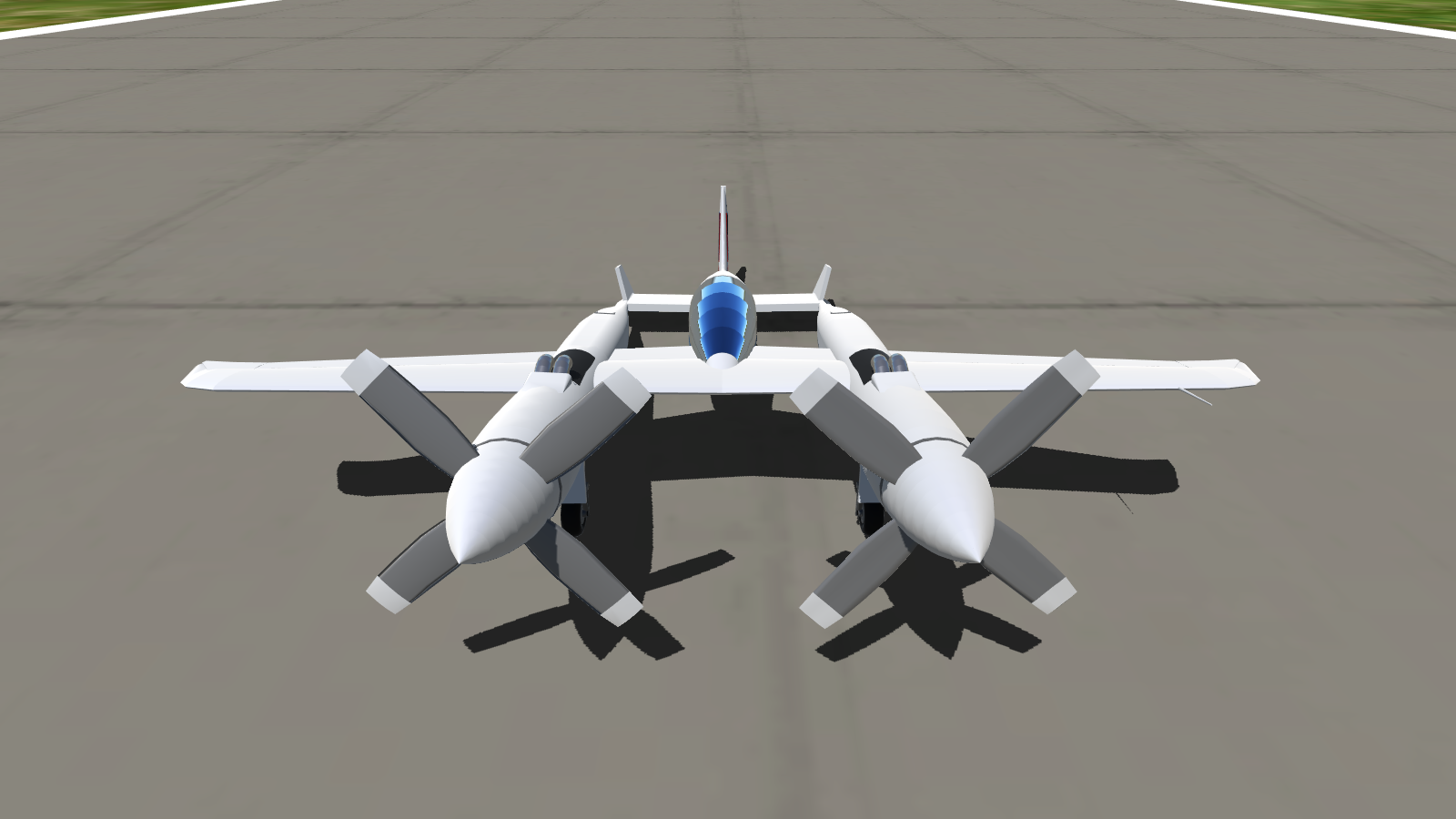 The Pond Racer was a twin-boom high performance air racer powered by two Nissan V6 engines. It was designed by Burt Rutan. The airplane features advanced aerodynamic qualities and modern automotive engines in an attempt to defeat the highly modified warbirds at the Reno Air Races. Besides winning the races there were also plans to break the world 3km speed record for piston engine airplanes.

The dimensions and specifications are near exact. Flight performance is as close as it gets to the real thing. The hardest part was getting the shape right, I spent a long time getting it to look clean and organic like it would be in real life. All things considered, I'm very happy with the end result!

During the 1980-1990's the Reno air races were very popular and air racing was a growing sport. The races were dominated by modified WWII aircraft performing under extreme conditions way over their original design limitations. Aircraft enthusiast and collector Bob Pond realized that if racing were to continue, many of these rare WWII aircraft will be lost. Not necessarily in crashes, but also through the customization of the airframe/engine.

Pond knew that the only way to stop this is to beat the warbirds at their own game, using modern technology. Over the next few months, he would sell all of his companies to invest in a project for an aircraft that would end the reign of warbirds for good.

That aircraft would become known as the Pond Racer.

The pond racer had great flying qualities. Dick Rutan, one of the pilots that flew the Pond, stated it felt like you were flying a jet fighter! At Reno, it qualified at 400 mph. Seems like alot, but it's not enough to even be competitive against the warbirds. It's anticipated top speed in level flight was 527 mph, but it would never reach that speed. The reason for that is the engines. Although they were state of the art racing engines, they were car engines, and adjusting them for use in an aircraft would prove very difficult.

The problems were further aggravated by the fact that the Pond Racer ran on methanol fuel. Because of the corrosive properties of methanol the engines had to be cleaned with gasoline after use to prevent internal damage. They could run it on gasoline instead, but the engines were incapable of developing sufficient power using this fuel. Because methanol burns at a relatively low temperature, cooling was not an issue. In some cases, the oil actually couldn't reach a high enough temperature to flow. As a result, the engines never made more than 600 HP per piece.

All of these issues would take the team a very long time to solve. It's no surprise that they were encountering this many problems. They were asking a CONTINUOUS 1000 hp from a car engine that was built for short bursts of power, and all of that had to be cramped into a tiny 2 ft tube...

During a qualifying session at reno in 1993, it went wrong. The pond racer experienced an engine failure caused by the same problems that plagued it from the start. The pilot, Rick Brickert, pulled up quickly and came in for an emergency landing. He tried to feather the dead engine's prop, but was unable to without oil pressure. The plane missed the runway and did a belly landing at well over 120 mph. It bounced once, then caught fire and disintegrated, killing the pilot. Rick Brickert was a great friend of Burt Rutan, the man who designed the aircraft.

Not surprisingly, Burt Rutan lost all interest in air racing and the project was never revived. An estimated total of 6 million dollars was spent on the aircraft. 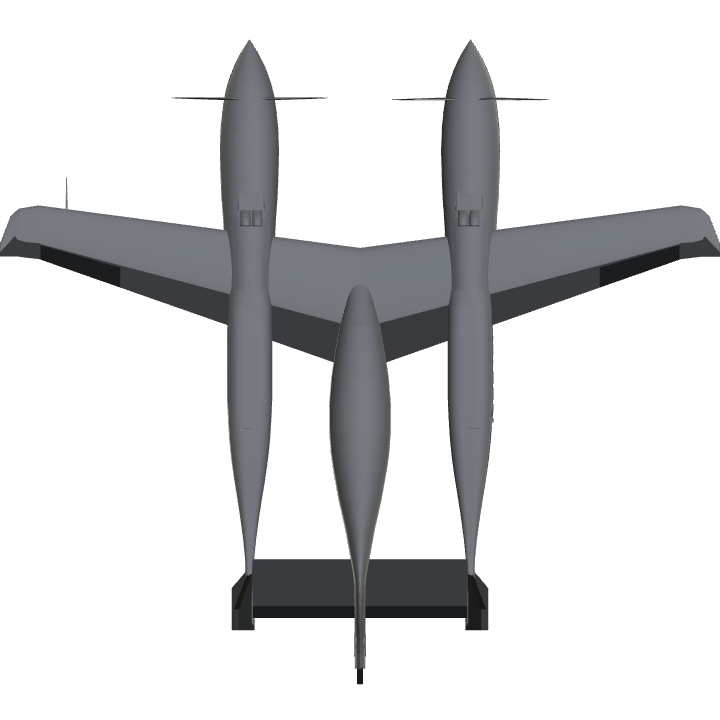 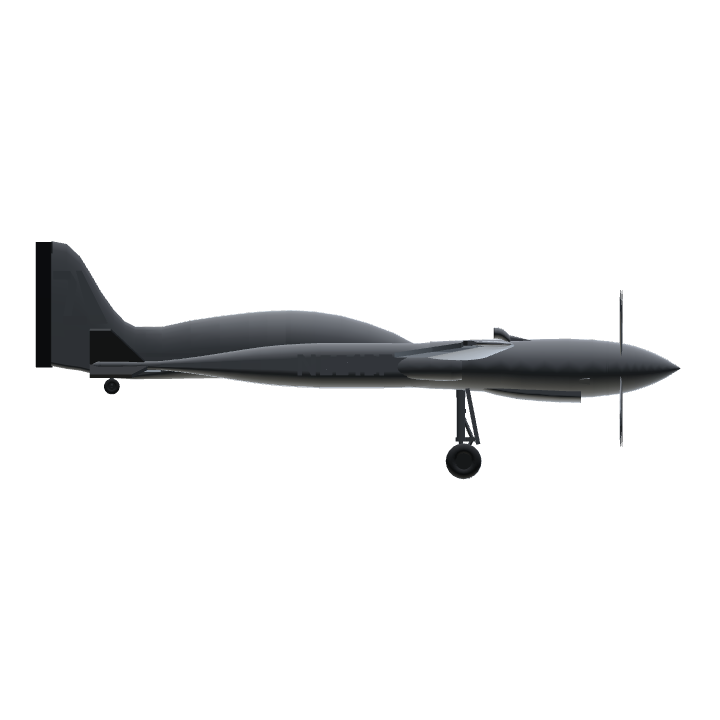 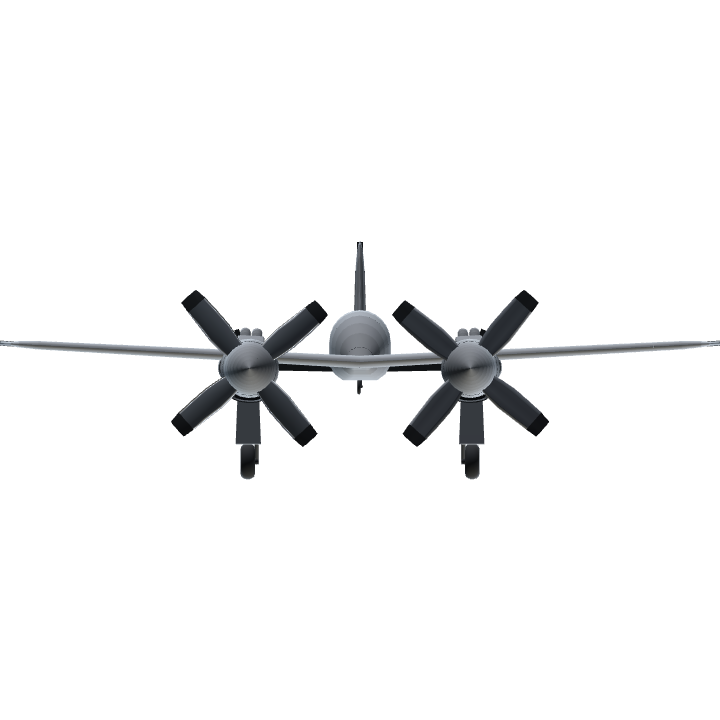