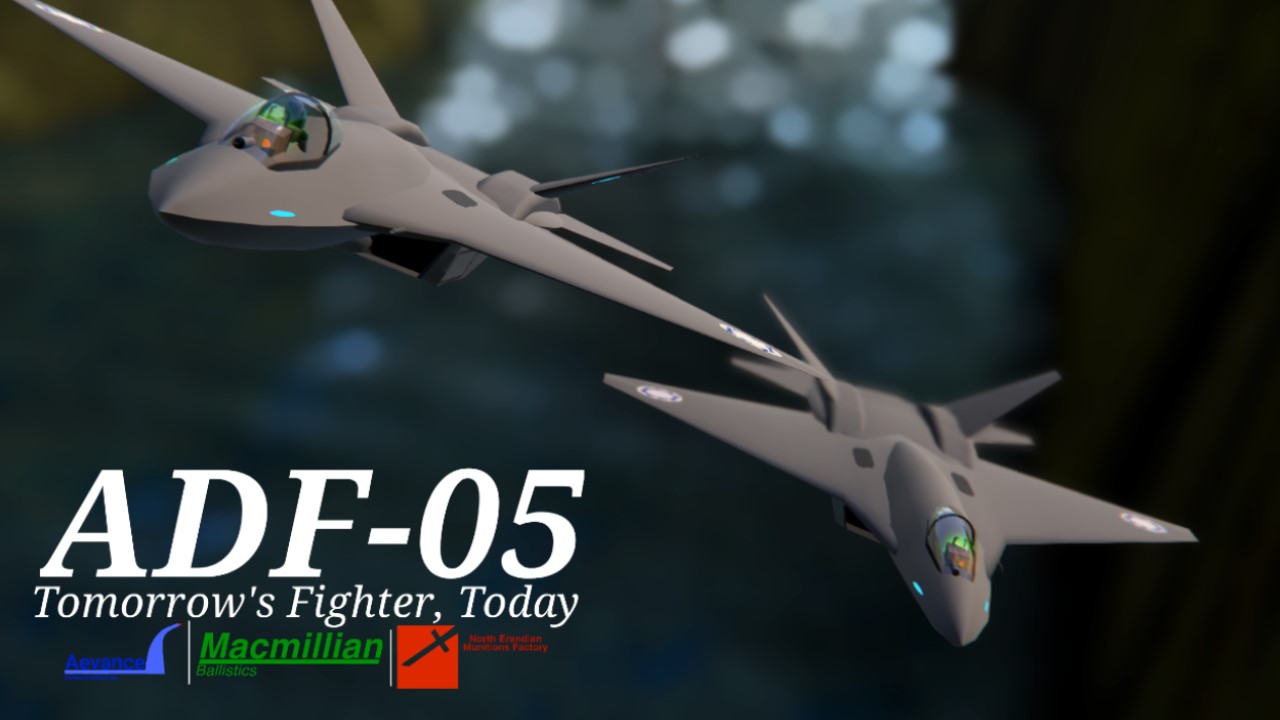 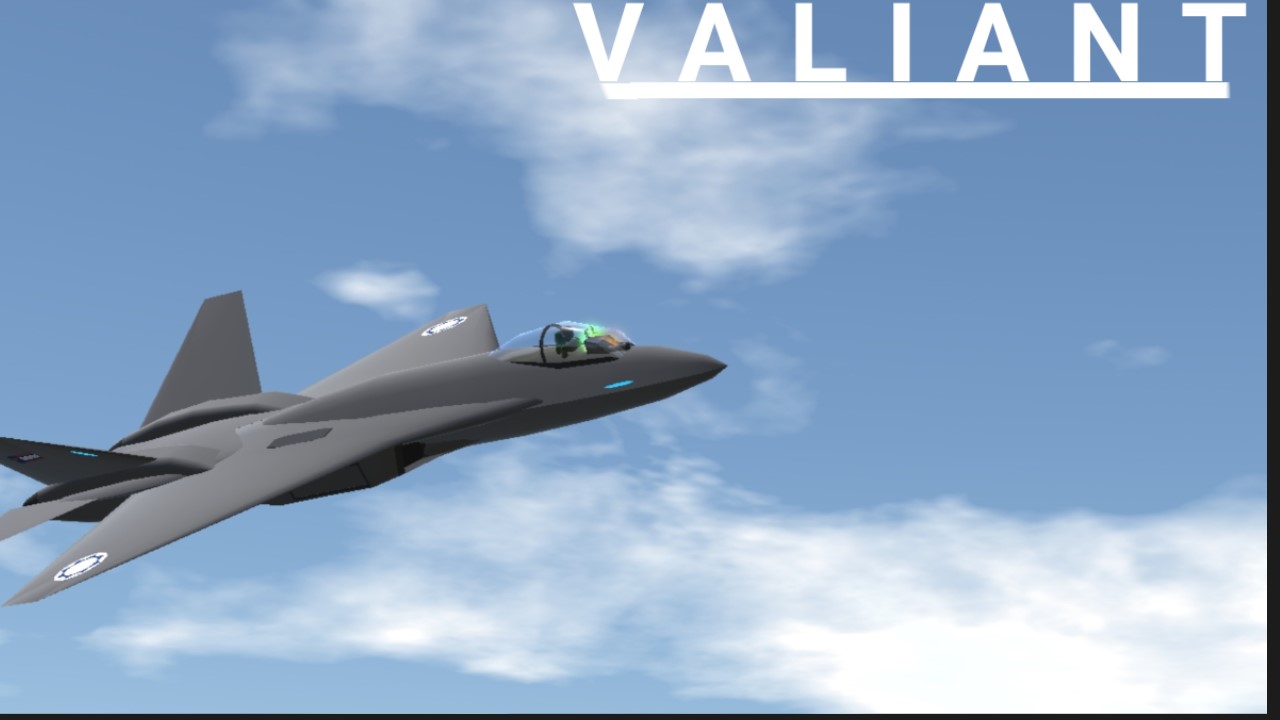 The first delivered ADF-05 of the Erandian Air Force, 42-05-A, assigned to Captain Andringa

First unveiled to the public on the 2nd April 2032, as part of the second day of the Davindia Airshow, the ADF-05 is the most sophisticated and advanced of Erandia's fighters.

The ADF-05 Prototype "Thomas" performing at Davindia Airshow during it's public unveiling.

Extremely maneuverable, it was designed as the EXF-26 by RAC Aerospace (now Aevance Defence) and the North Erandian Munitions Factory for the EIX-II Aircraft program, as a competitor to the EXF-25 "Halberd".

The two aircraft of the EIX-II Programme during testing.

The ADF-05 is capable of pulling Extreme PSMs, and can outmaneuvere even the Ferulian Air force's SF-251 and Erandian ADF-02s. It is one of the first aircraft in Erandian inventory to be equipped with All-moving units.

It is Pre-equipped with a C-52 Missile Countermeasure package, and a 30mm Cannon. The aircraft also has 4 external wing hardpoints. The plane is equipped with a EVM-26 AESA radar and a MK3 Electronic warfare system. It is the first aircraft in the Erandian Armed forces to be linked into the Skydrive integrated combat coordination system.

Testing on the ERN Lightoller, the Erandian navy's training carrier.

The ADF-05 is on sale at 40 Million ER, with sales restricted to participants of UGN, UFN and CC.

An ADF-05 breaking eardrums,flying between residential apartment blocks near Aravati. The pilot who pulled this stunt, Lieutenant Karl Anders, was later Court-martialed and sentenced to 6 years in jail, as well as paying 50% of the 1.2 Million ER Damage fee.

The ADF-05 took some time to complete, but it was worth It. I learnt a number of new building skills from this. It is also the first build with a Half-cockpit, which was inspired by ALRXs half-cockpits. The ADF-05 is a combination of the SU-57 and the YF-23. What do you think? Constructive criticism is welcome, and do slap an updoot on the way out!

3 ADF-05s conduct a flypast of Victory plaza, Jathiwa, as part of the 3rd anniversary of the end of the 2028 Equator war

Teaser for next build 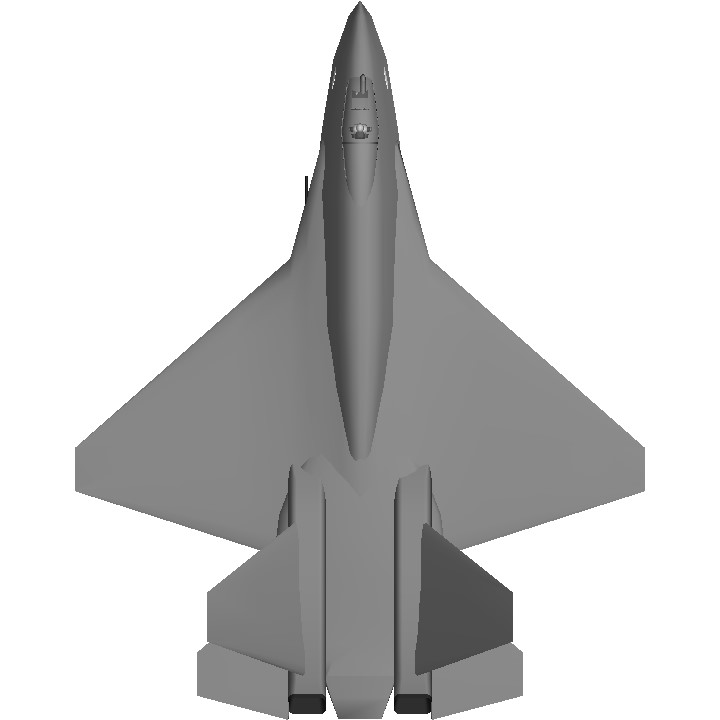 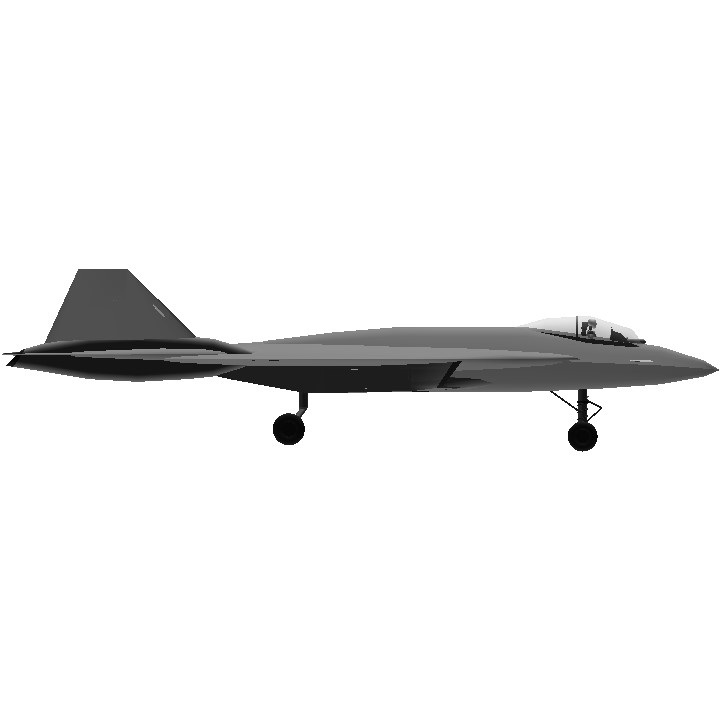 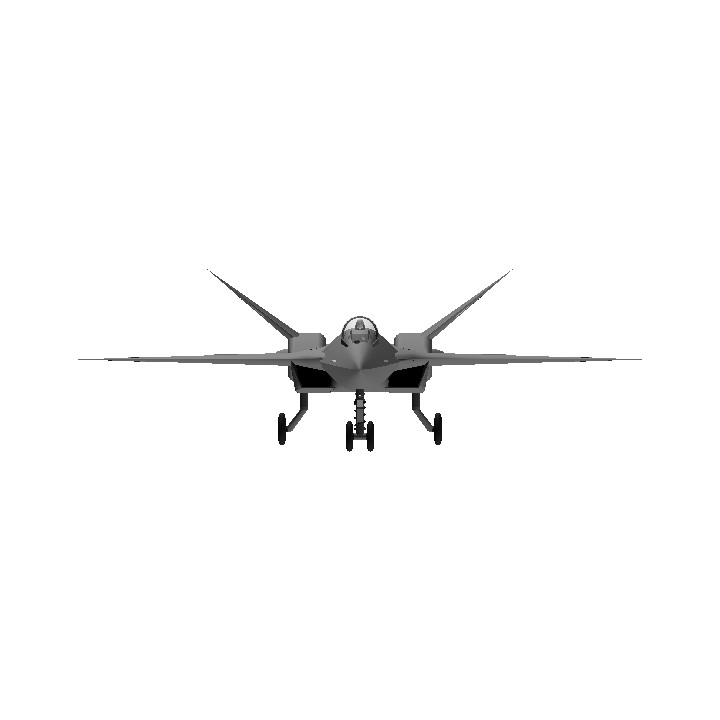