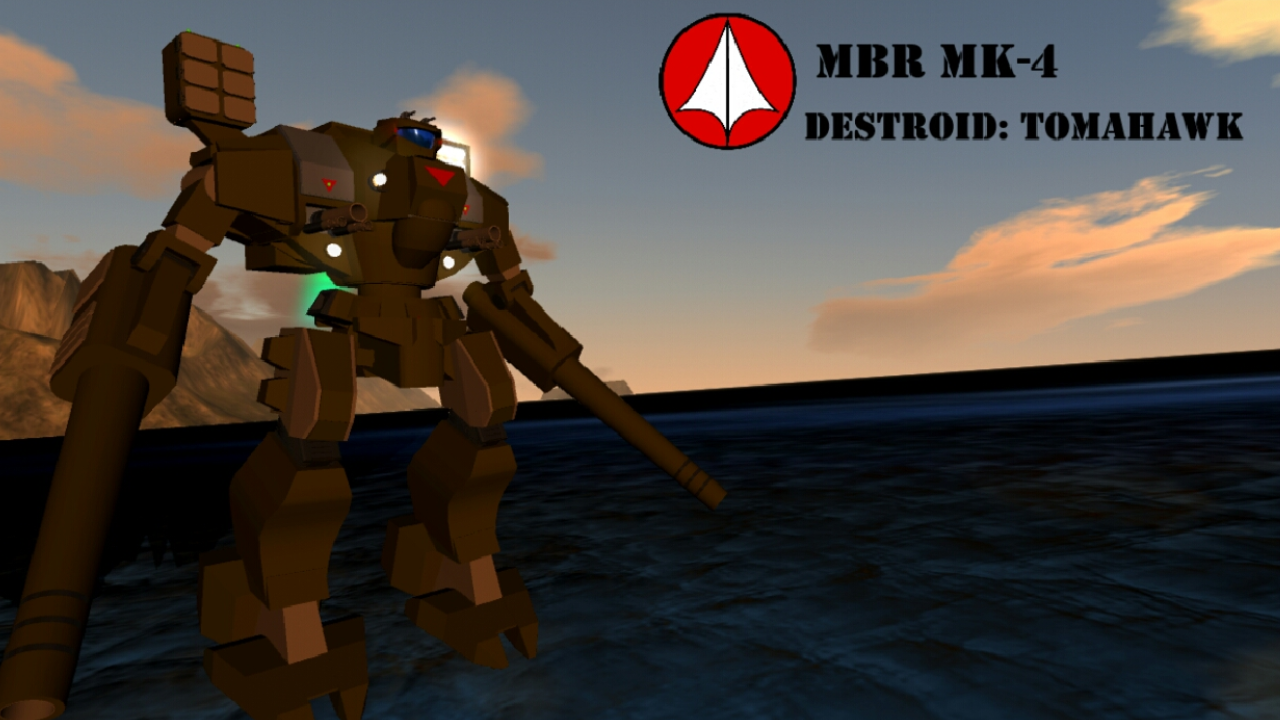 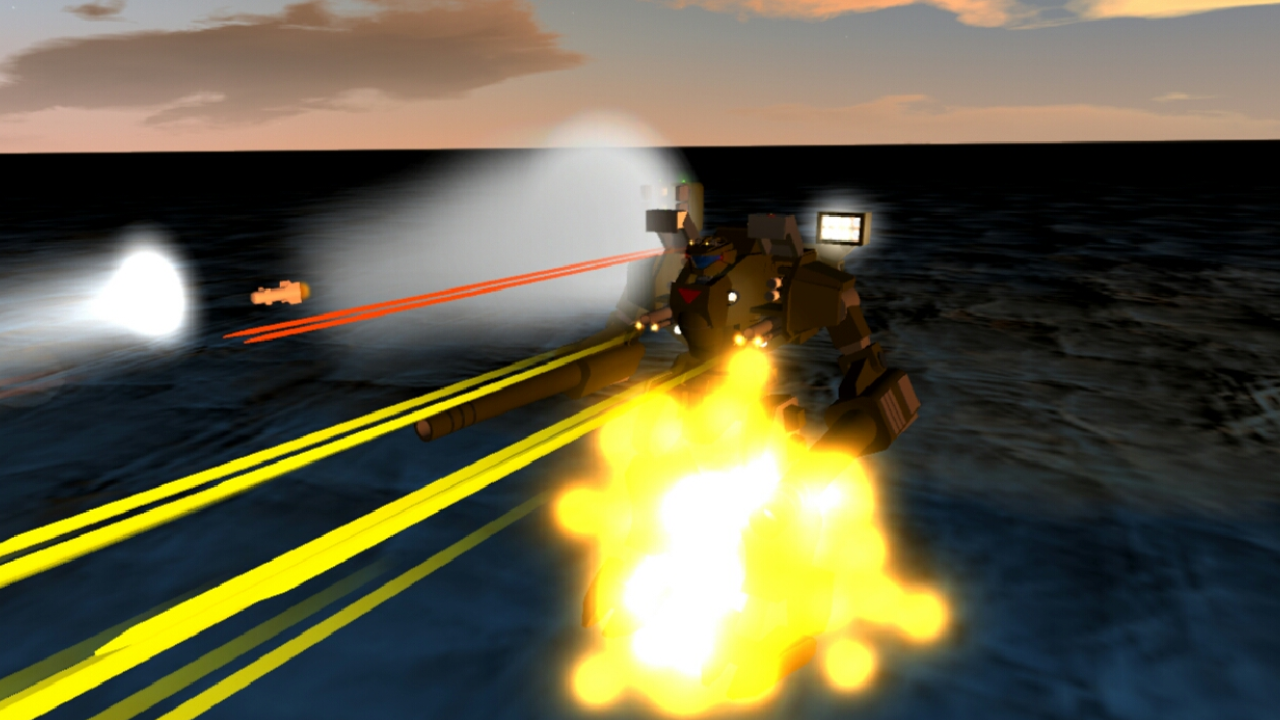 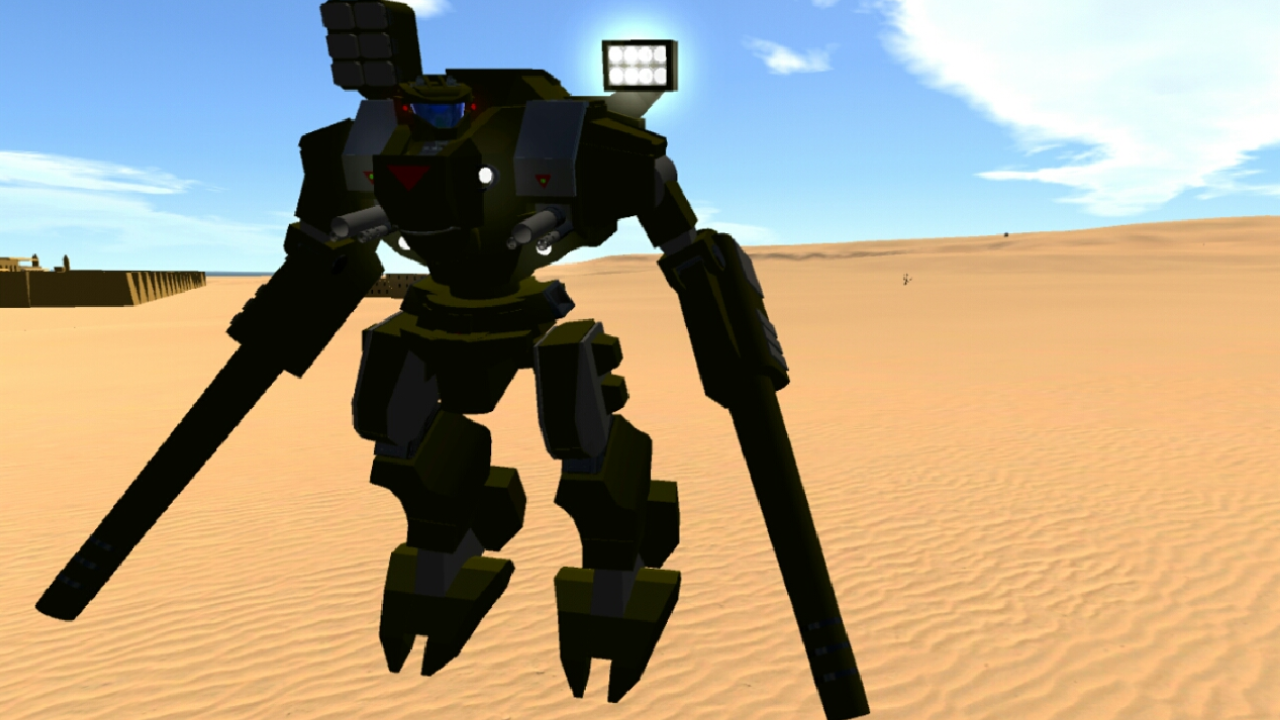 This is the Destroid Tomahawk (official designation MBR-04-Mk VI), also known as the Excalibur.

The Tomahawk was designed as part of Project Excalibur under the leadership of Anatole Leonard, with the first prototypes fielded in 2006. They were created to fight the Zentraedi after the SDF-1 crashed on Earth.

Special Thanks to Aydenapp's VTOL System. 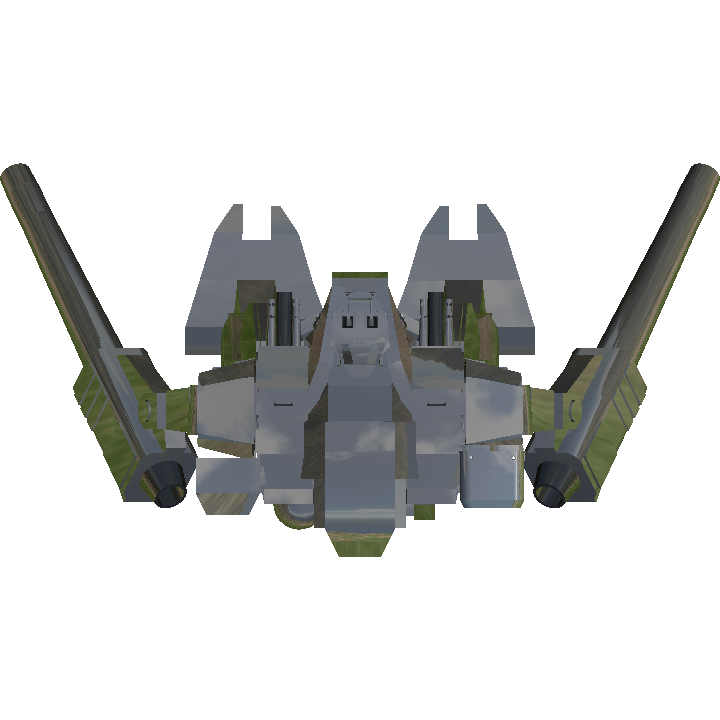 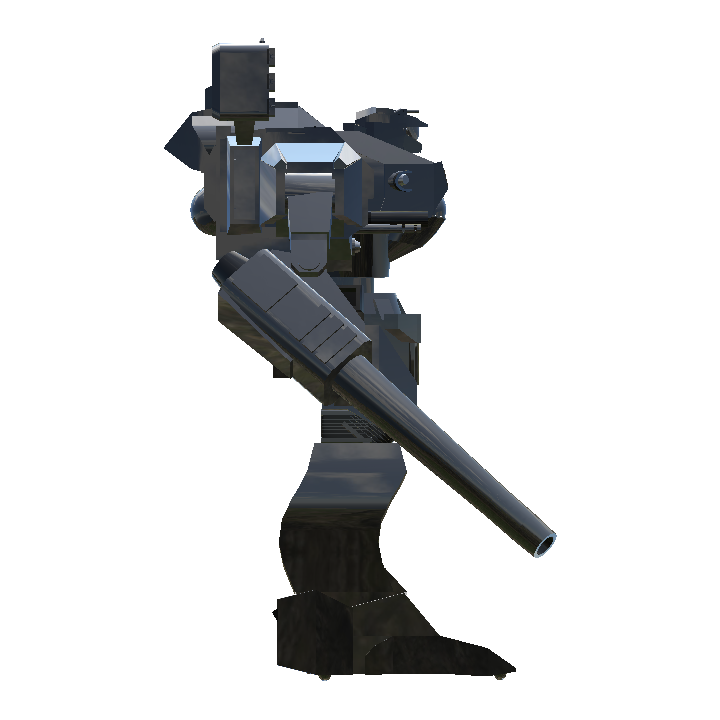 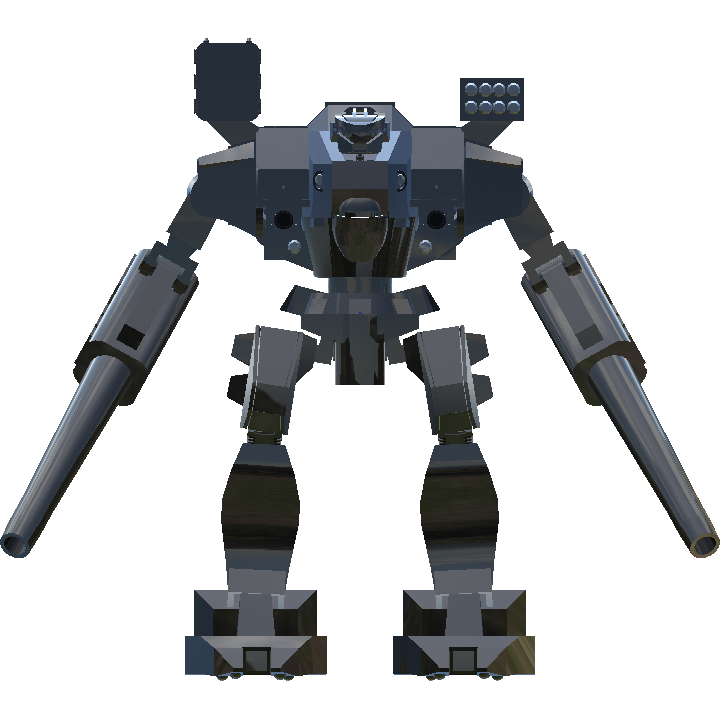