58.4k hpgbproductions  one month ago 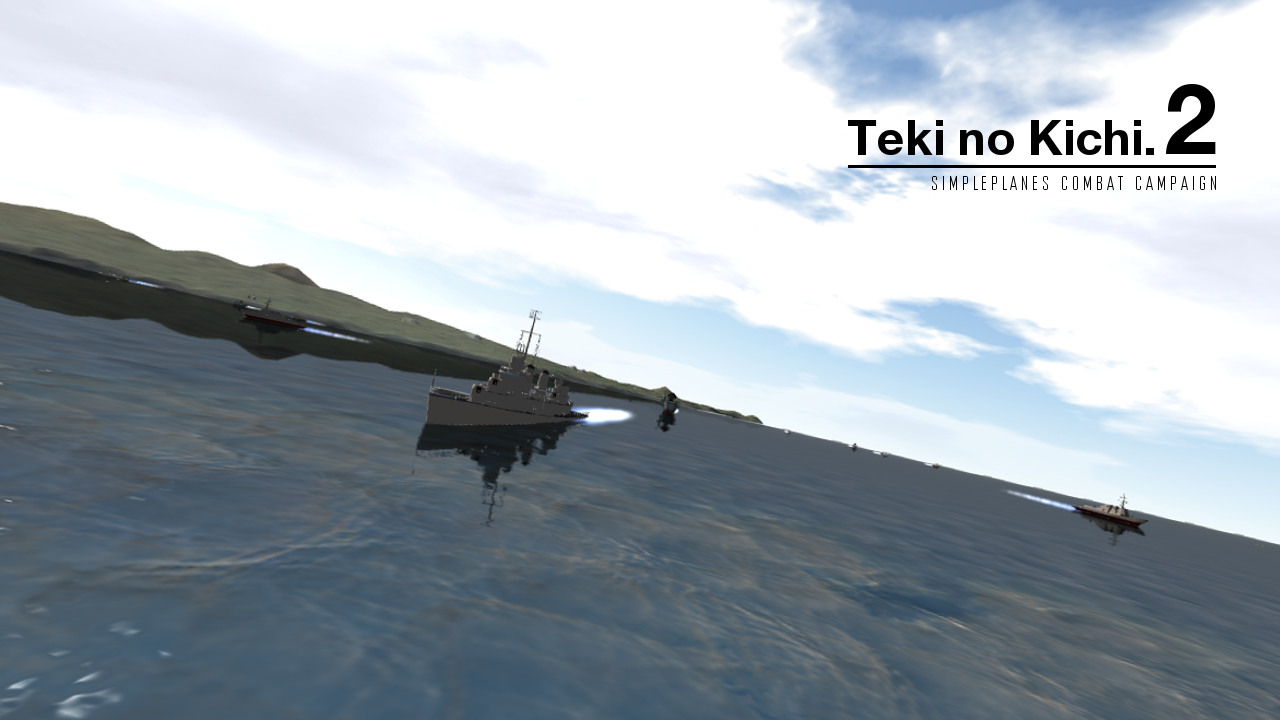 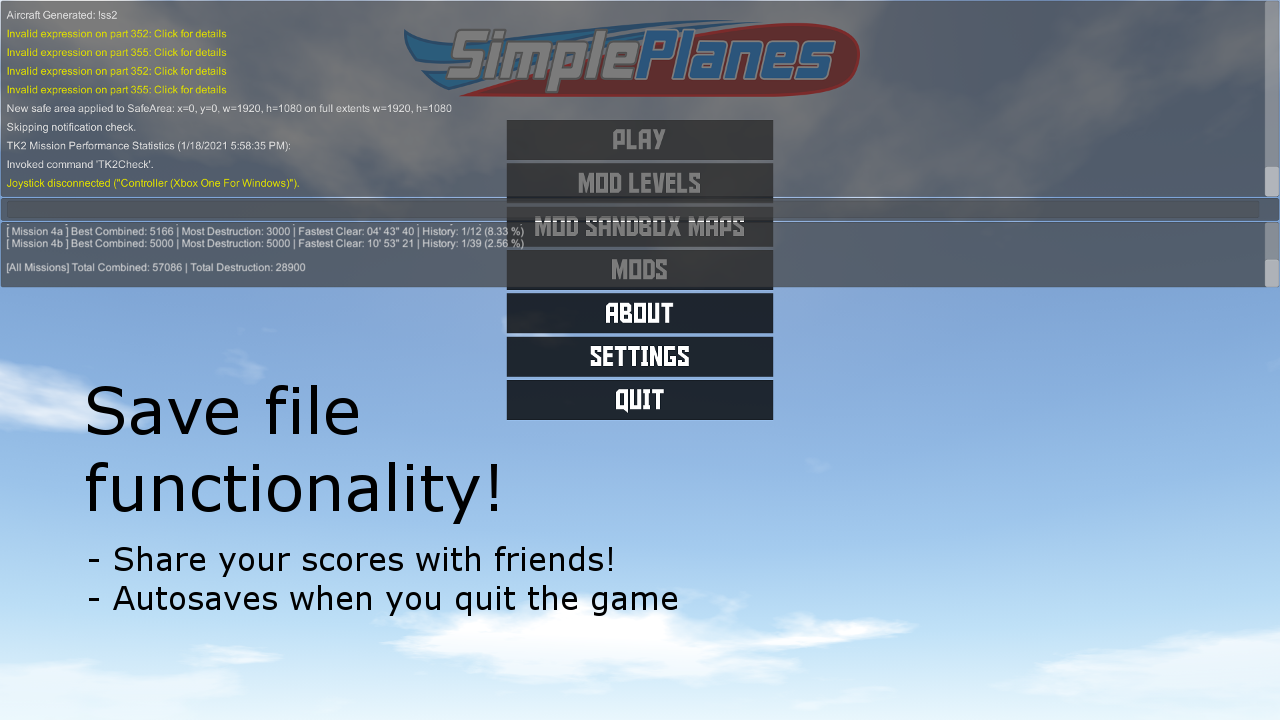 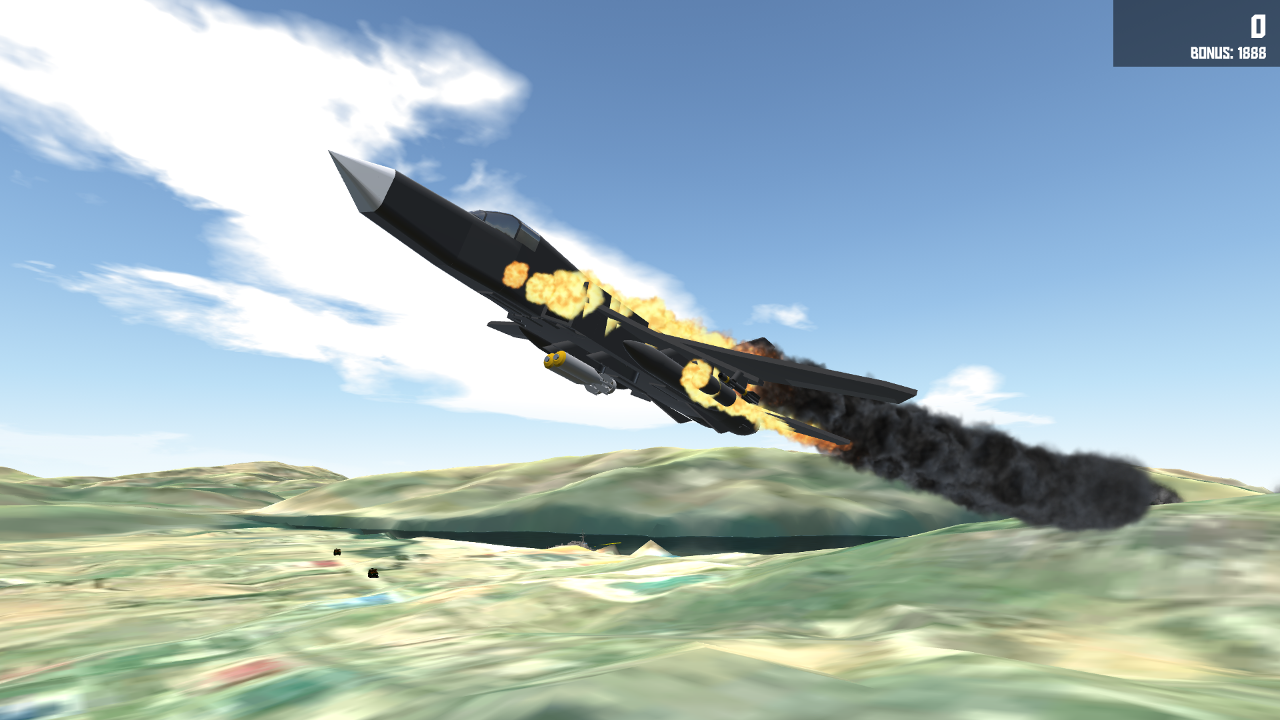 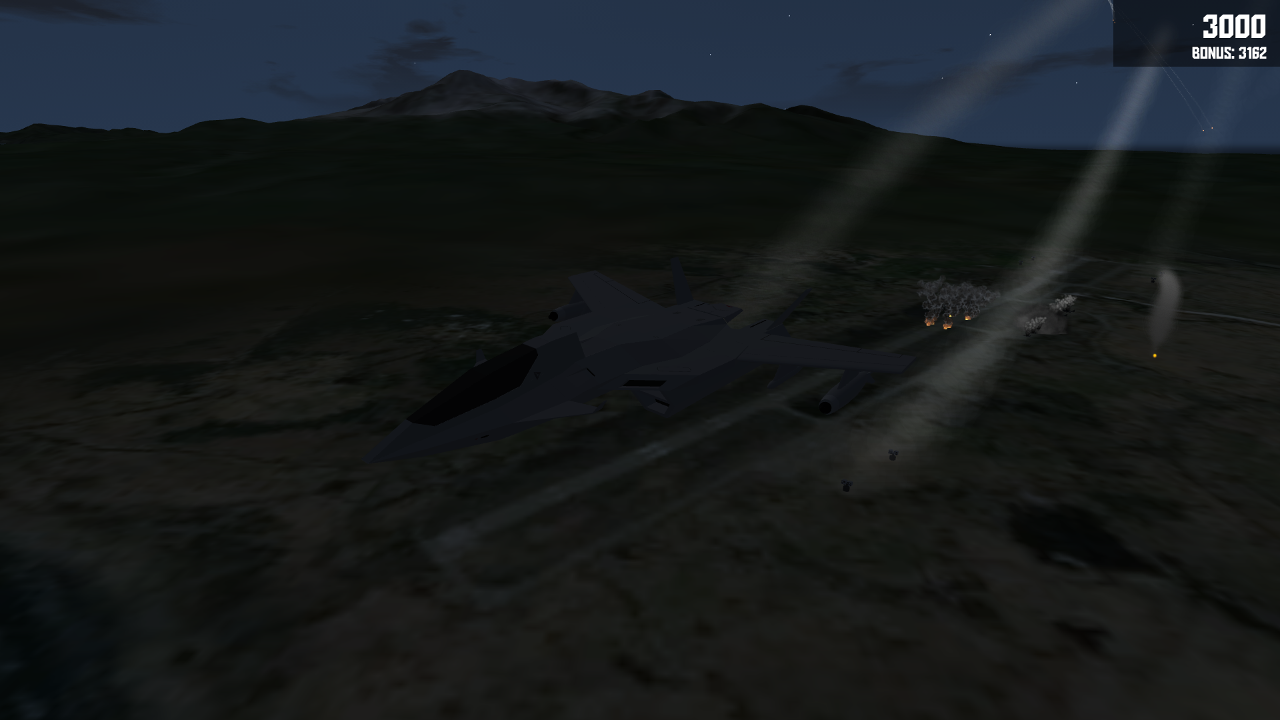 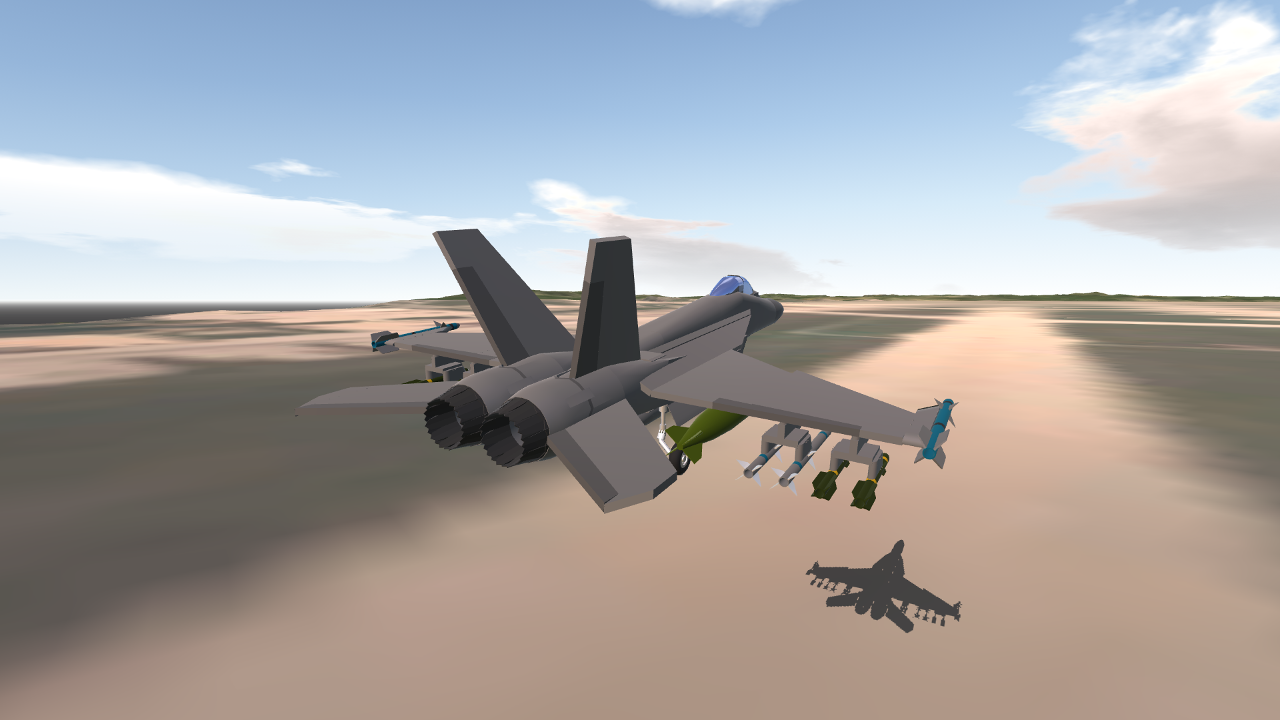 FEATURES:
- 12 combat missions
- 6 realistic, yet lightweight maps
- New scoring system based on destruction and time
- Mission records with save functionality

Download Options Notice:
- The Source Code option is a link to the GitHub repository containing the assets. Feel free to study and use the scripts there.
- No Android version because the old versions of Unity cannot load the terrain assets.

Warning! This software includes file I/O capabilities. To prevent the loss of any data, please do not use the NACHSAVE folder or modify the save file directly.

All missions were balanced for, and completed with, the two airframes below. Without going into combat strategies, the loadout may have been modified by duplicating existing weapons on the airframe, or replacing them with default weapons.

The year is 2030. Over a hundred countries around the globe, including all major powers, have got together to sign a worldwide peace agreement. However, during the formation of this new era, numerous attacks on contested territories occurred, threatening to tear apart the peace that the superpowers have been working towards for years.

NOTICE about MISSION MAPS:
- The maps provided may be used to help you plan your attacks against the enemy forces.
- Destroy all enemies marked [TGT] to complete the mission.
- The mission start point may be marked closer to enemy formations on the map than actual. This is to fit the enemies' locations on the map more clearly.
- If the images are too small, zoom in to view them more clearly. Try opening them in a new tab.

Your team, a promising private military company, has been hired to assist the naval force of Country Ni in the removal of hostiles on Shikotan. While the identity of the invaders remain unknown, the safety of the mainland is more important.

[ Mission 1a ] Destroy enemy surface units at the central village. The invaders have installed SAMs on mountaintops along the way, you may destroy them as well.

[ Mission 1b ] Destroy enemy ships and anti-ship weapons at the north village. It is here that you will encounter your first laser CIWS turrets, which are able to shoot your weapons out of the sky. Launch your weapons as close to the enemy as you can.

[ Mission 1c ] Enemy reinforcements have been spotted. Sink their dangerous VLS ships at once.

Dev Notes 1: gg ez, nothing much to say about this part. Perfect for scripters and players for getting their feet wet.

The attackers have been confirmed to be part of a growing enemy alliance that opposes the planned political changes. Funded by criminals, terrorists, and tyrannical governments, this group will stop at nothing to shift the balance of power in their favor.

Luckily, their affiliation was found quickly. We have succeeded in negotiating support from Country A, Country Ra, and a few countries in Southeast Asia, as well as other private militaries abroad.

[ Mission 2a ] The attackers have commandeered long range anti-ship missile launchers. Destroy them to avoid any damage to our fleet.

[ Mission 2b ] Destroy a former air base to ground the invaders' planes. Bomb from high altitudes to avoid detection. Alternatively, you can attack it directly, but watch for SAMs.

[ Mission 2c ] The other airfield on the island is also controlled by the enemy, and they have set up a forward HQ there. Bomb the marked locations there as well.

[ Mission 2d ] A large-scale battle will take place. Destroy anti-ship missile launchers along the coast, but be careful of enemy SPAAs and SAMs. You should assist the naval force further if possible.

Dev Notes 2: Some nice one-off mission concepts here. Maybe they could be developed further in a future mod. [2d] used to be almost impossible, having more targets to destroy, but it was heavily nerfed.

The separatist alliance's coordinated strike has allowed them to capture many key military installations worldwide. This level of coordination is unprecedented in any historical combat.

Hostile naval forces are amassing ahead. A large number of casualties is projected, unless your team can do something about it.

[ Mission 3a ] Destroy anti-air defenses around the communications station. This will provide allied forces with a forward helicopter base.

[ Mission 3b ] A few missile ships have been spotted conducting patrols around the island. Destroy them. There are several long-range SAMs which can interfere with your mission, it is recommended to destroy as many as possible.

[ Mission 3c ] Conduct a joint strike on the enemy's naval base. You will be outnumbered, focus only on the most valuable targets. The separatist forces operate numerous SAMs around the base. Stay alert and watch for missiles from all directions.

Dev Notes 3: It's starting to look like a certain game with a cute ice fairy.

Due to the sensitive nature of the next location, Country Ra has issued an order: only their naval force is allowed to proceed. However, your survival up to this point has proven your skill, and Country Ra is making an exception.

Drive the enemy leaders out of the region. Country Ra is willing to accept reasonable damage to any of their military installations on the island.

[ Mission 4a ] The enemy forces have brought out three laser defense ships. These ships are equipped with an advanced weapon interception system - high power and long range, and protect the ships around them from our attacks. Destroy the laser defense ships and any coastal anti-ship weapons you find.

[ Mission 4b ] Now cornered, the enemy leaders are threatening to launch nuclear missiles from the captured facility. You are clear to destroy the missile silos. Watch the automated anti-air defenses. You will need to think quickly to dodge all the missiles.

Tips:
- If at first you don't succeed, try, try again!
- Study the behavior of various ground targets in SimplePlanes. This knowledge will help you plan your attacks.
- You can reset your save data by deleting your save file.