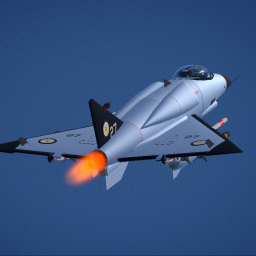 Hi, im memri, my account focuses on making replicas of planes and i also made a fictional airplane producer program, Counvas. forget if the Counvas went bankrupt thing, Santoni will be a side company like Gtec and EU.M.A.CO
Favorite plane:

Counvas is an airplanes company that started in my fictional early ww2,and is majorly a military plane producer.

In 1939 Edward Counvas, a rich engineer, decided that the time to work as an engineer was finished. He studied Aeronautical Science in 1923 in Rome, and built his first plane, the C10,together with his brother, Benjamin Jr. Counvas.
The Counvas Company was established in 1939,

And the first plane produced was the c100.

In 1921,Edward Counvas Takes off in a C15 from New York to Rome to visit his Grandson in Tuscany, Gianpiero Santoni.

During his stay, Edward and Gianpiero's dad talked about Counvas's planes, and, as the 12year old Gianpiero listened from behind the doors, he decided to go to a flight school, learn to fly, Go to university and Start his own business.

9 years later Gianpiero has graduated from University.
Together with his best friend, Luca Ammanati, they build a rudimental hang glider(Deltaplano Santoni).

its 1938,War is near. With no fighters capable of actual modern Dogfighting, The italian Defense ministry asks Santoni, Caproni and Piaggio to build an efficient fighter.

Dont do any mamma mia joke

I created a fictional time line, where ww2 lasted ftom 1939 to 1953.
The axis powers were Germany,Spain, and a fictional nation, the United States of the balcans.
Everything youll read here is fiction.

7th of May 1932.
Britain attacks German outposts near oil excavation center at Suez canal.
9th of may 1932.
Germany sends 300 HE111 to counter attack Britains previous one.

13rd of may 1932.
The attacks between G. And B. Finish with Britain soil arriving to the Suez canal, much important.

28 of September 1938.
Germany forms an alliance with U.s of the balcans(U.S.B) and fascist Spain.

12th of November to 28th of December 1939.
Battle for Fiume.
Italy and France fought against the USB
Total losses :32186 soldiers
4219 planes
674 civilians.
Fiume was won by Italy and France.

19th of December
Germans he 111 try to cross the British canal.

Germany tries to cross the Russian border multiple times. Every time it was never successful.

The us and Portuguese rebels arrive at Lisbona.

The battle for Lisbona is won by the rebels and US, Spain retreats to its previous borders.

Russia can penetrate up to bonn, but is the attack by the side by The USB. Russia sends mire troops to the frontline. They cant withstand the continuous attacks. 1 mil 875.954 die.

From the 15th of November to 21st of july 1952 there was a period of, we can say, calm. Fights were more less frequent. Some said that the war was going to end. They did not know the axis were studying a way to invade Switzerland, Italy, France, Egypt, and the Mediterranean sea.

The great invasion of Switzerland is begun

The blue alliance is working on a new jet fighter, the 710.

14th of August 1952.
After being held back by the blue alliance,
Germany retreats.

The USB falls under the power of the rebels.

Fascist Spain was defeated by us supplied Portugal.

After The second world War, Fuel Price in South Africa started to rise, to the point that a car trip costed at least 1900 $.
A separatist group of Congolese people started a riot on the capital.

The Usa almost right when it started sent a lot of reinforcement to the separatist. This was because Congo was Filo-Soviet, and also to hopefully use the separatists to have the fuel they fought also for.
EU.M.A.CO built a new plane, an RCCPAV (remote controlled command post Aerial vehicle) to help the separatists.

The war lasted 4 months, not long, but was won by both parties.

It was richer, better and cleaner than the Nationalist counterpart.

It had a powerful Air force(IRCAF) supplied with the newest and most reliable planes there were.