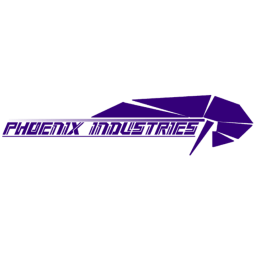 I'm not sure if anyone reads this but here we go

My airplane obsession started waaaay back when I was little. I was playing Ace Combat 4 at a cousin's house and loved the diagonal tail surfaces on the F-4 (too bad I couldn't ground attack in that game, but I was little). That was the first plane I could Identify at will and from then on my obsession took off.
Then, a childhood favorite, the F-15 was my next victim. I learned all the ins and outs of that plane, and it is one of my favorites to this day.
Eventually, I found this game when looking up Ace Combat XFA-33 images. I found a post of the XFA-33 -Alect- somewhere and looked around this website and found all the cool stuff everyone had made.
Two months and 5 dollars later, I was making my own planes on Android, beginning with an abysmal F-80 replica. It was about a year or so when I got the PC version, making bigger and better planes, and redoing a lot of old ones.
8 plane-filled months later, my PC decided it wanted to die. So for about three months, I had no PC and had to rely on my phone for SP.
However, on December 30, 2020, the cursed year, my Dell G3 finally arrived at my doorstep. Who knows what crazy contraption I'll come up with next.

You can contact me on Discord by the user "Cheesey Zerglet#8117". I don't know why you would need this, but it's here. Build requests, possibly?

I'm at gold now! thanks Kimfri for providing the last upvote needed!

(Planes I have concepts for but building has not started)

(Planes I am still in the process of building)

(Planes I have made but did not publish yet)

(Planes that are done and published)