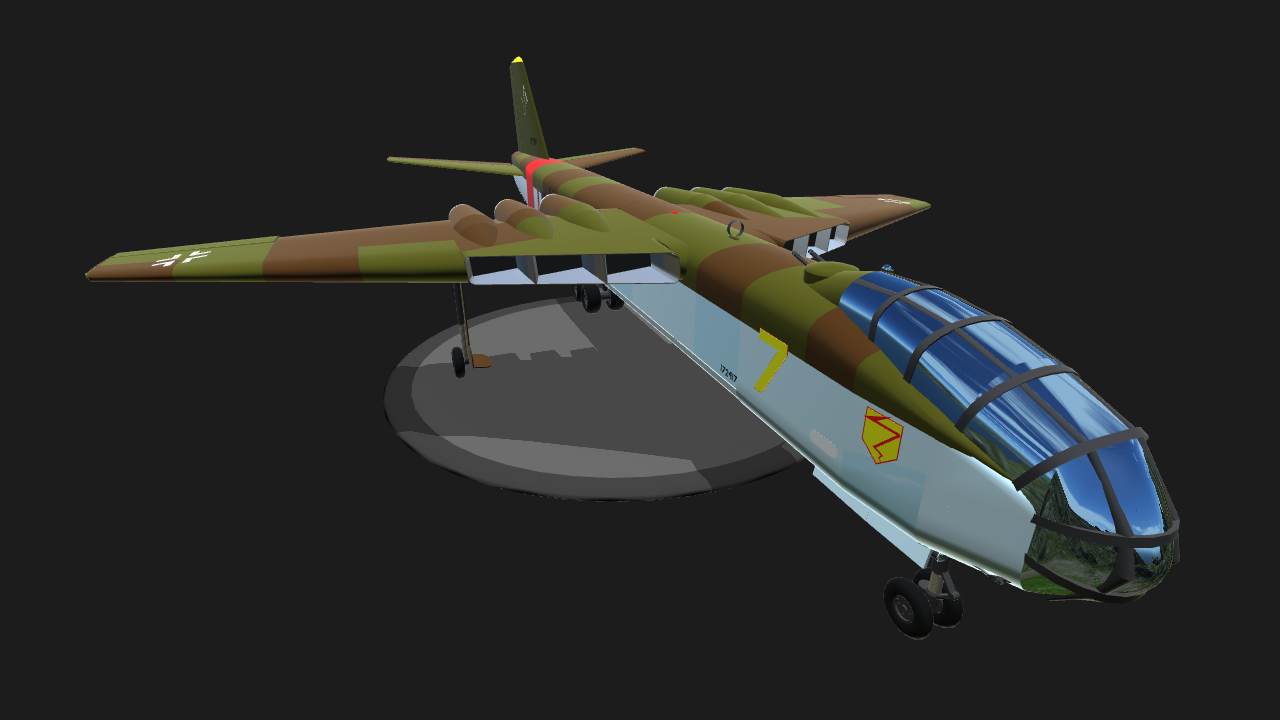 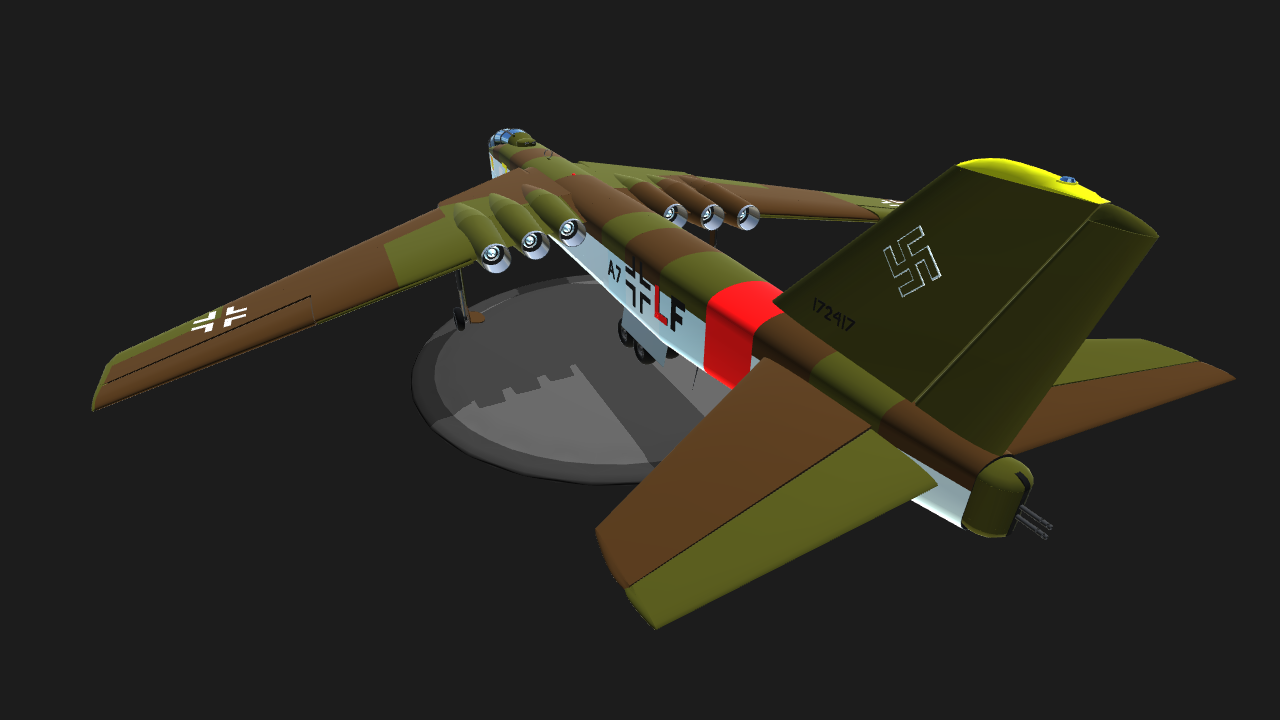 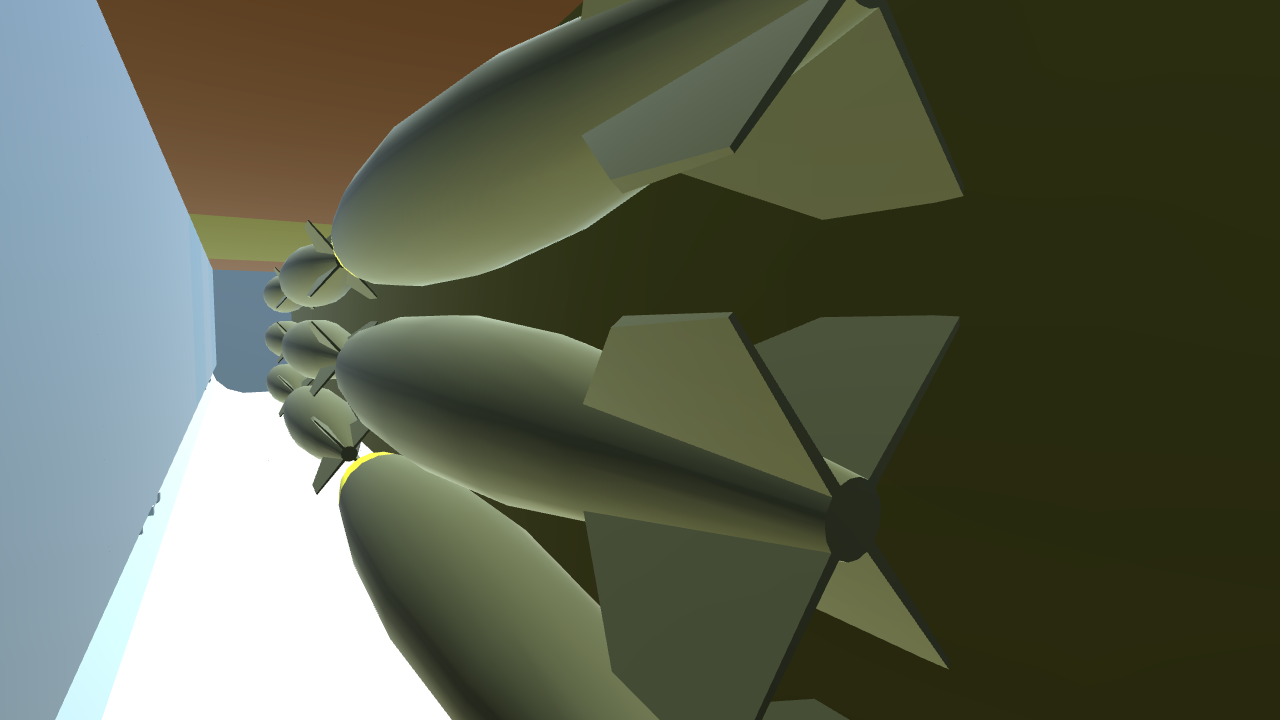 Credit to @vonhubert who solved my landing gear problems, please visit his site and upvote him as he builds some awesome Soviet aircraft!

The Junkers EF.132 was a planned Luftwaffe project to build a high-speed jet bomber towards the end of WWII. Distinguished by its highly swept wings and tail surfaces, it was to carry up to 11,025 lbs of bombs and be powered by six 5,500 lb. thrust engines buried in the , giving it a top speed of 587 mph at 33,000’. It carried six 20mm cannon in three remotely-sighted defensive turrets, plus it may have also carried a forward firing armament of two additional cannon and featured an interesting landing gear arrangement. It never (thankfully) got off the ground, only reaching wind tunnel testing prior to the end of the war. Most of Junker’s efforts were carried off by the Soviet Union at the conclusion of the conflict and the design studies formed the basis for a number of Soviet experimental types and informed Soviet bombers such as the Myasishchev M-4 “Bison” and the Tupolev Tu-16 “Badger”. This is a 1 to 1 scale build with relatively accurate performance, weight and armament. It features bomb bay doors, rotating turrets and a bomb sight, sighted for drops from 30,000’ at 500 mph.

NOTE: This is a large, heavy jet which flies realistically, so it is a trim-intensive aircraft. Failure to take note of instructions pertaining to trim will lead to frustration!

Level-Off and Cruise:
1. Set stab trim to .5 units nose up [trim slider down ½ notch], power as required for level flight.

CAUTION: Be sure to open bomb bay doors prior to releasing weapons, or weapons will “hang up” in the bay.

WARNING: Do not move slider up past halfway/neutral point on VTOL when closing bay doors, bombs not yet dropped may contact doors and explode.

Section VI: Flight Characteristics
This aircraft is a heavy jet and flies like a heavy jet. Fly this aircraft primarily with trim, use smooth control inputs and anticipate roll in and roll out. Approximately .5 units nose up trim [trim slider down ½ notch] is required for level flight.
WARNING: Aircraft may depart controlled flight if below 200 mph and abrupt back stick input is made. To recover, set full throttle, release back stick pressure, lower nose to gain airspeed and carefully recover from dive. 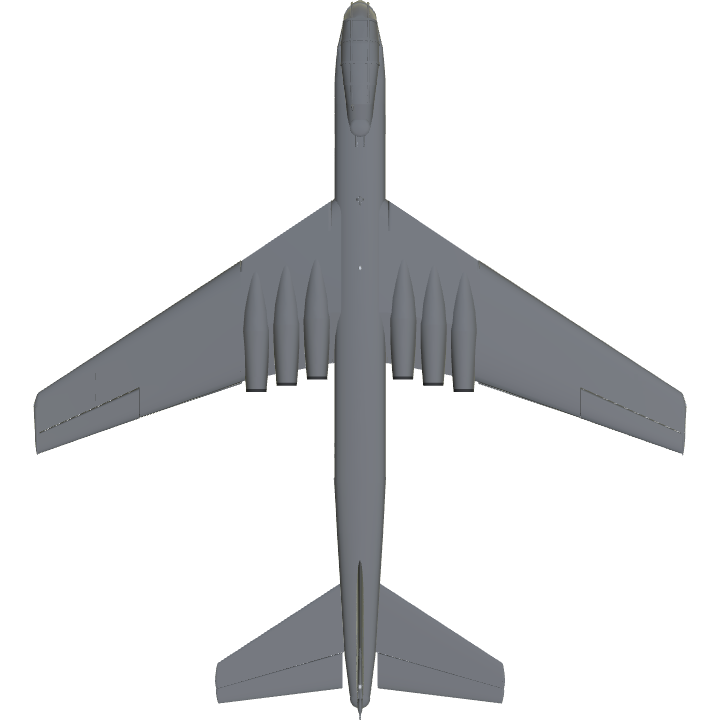 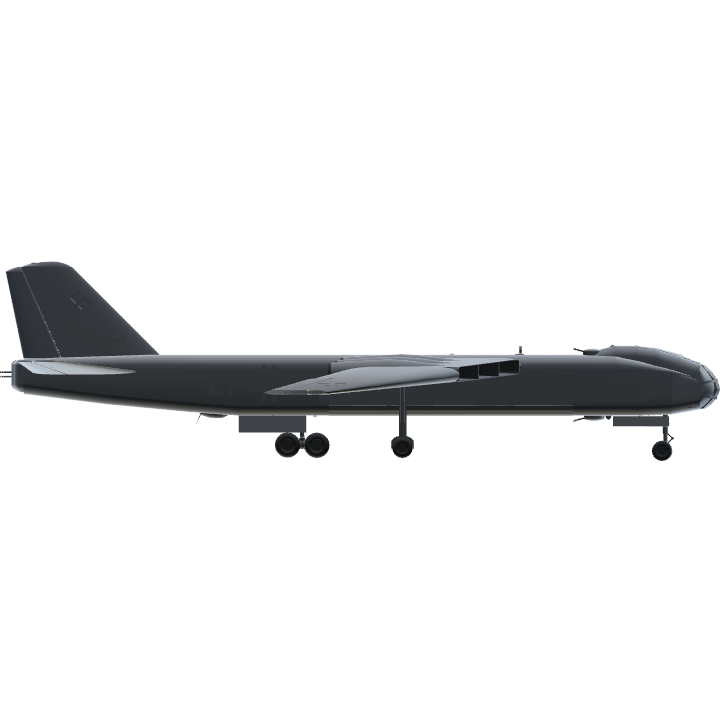 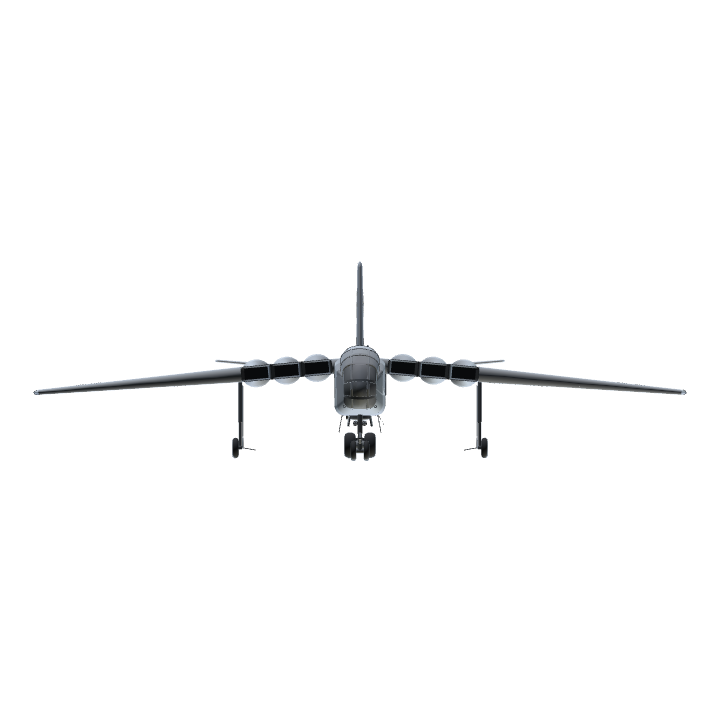