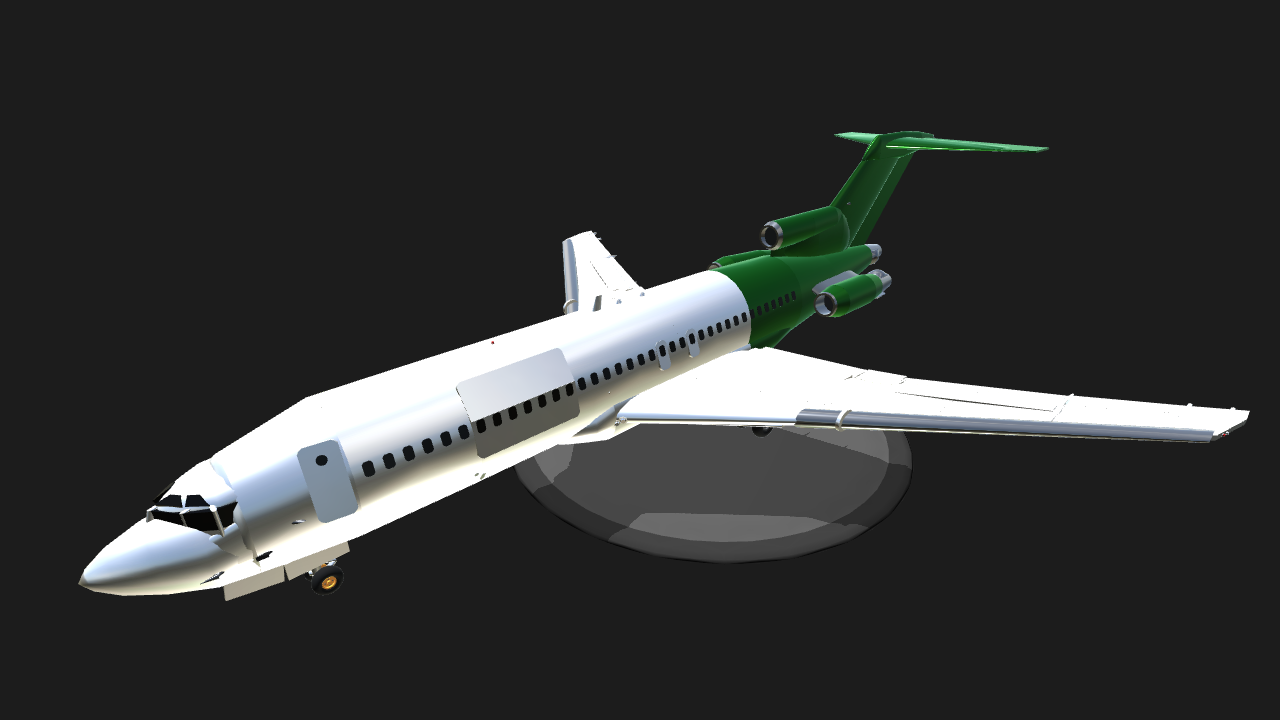 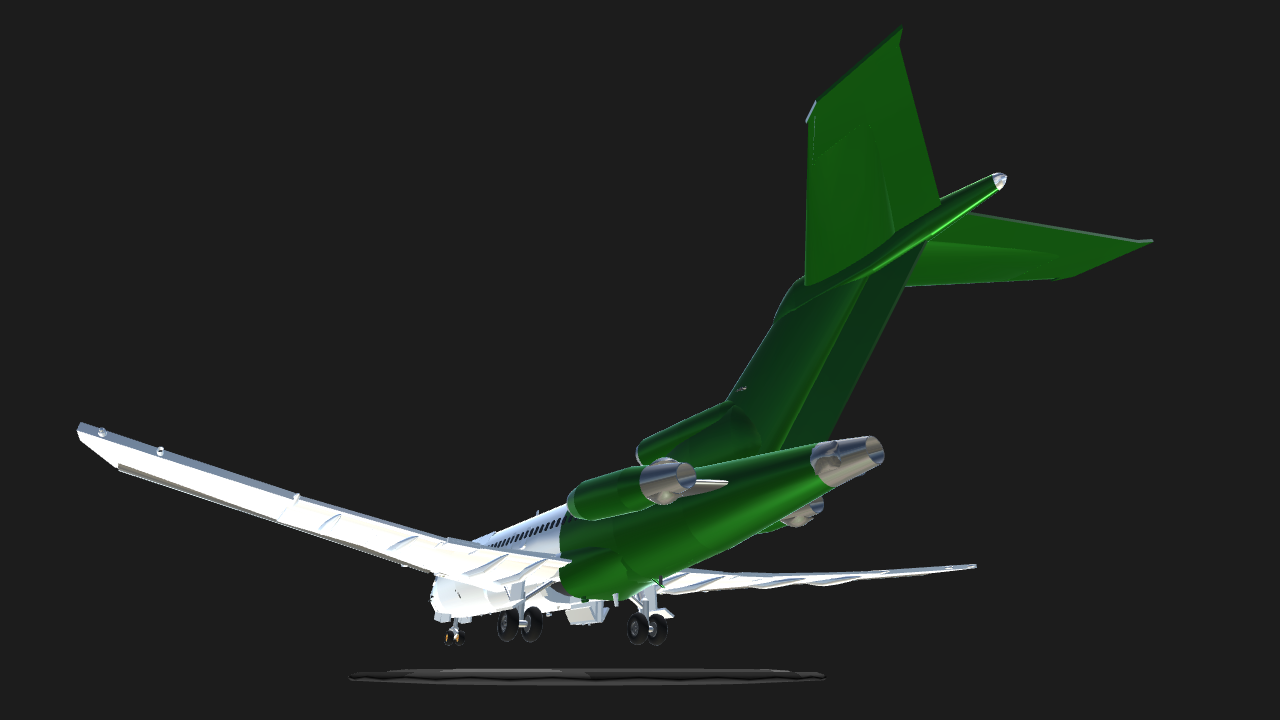 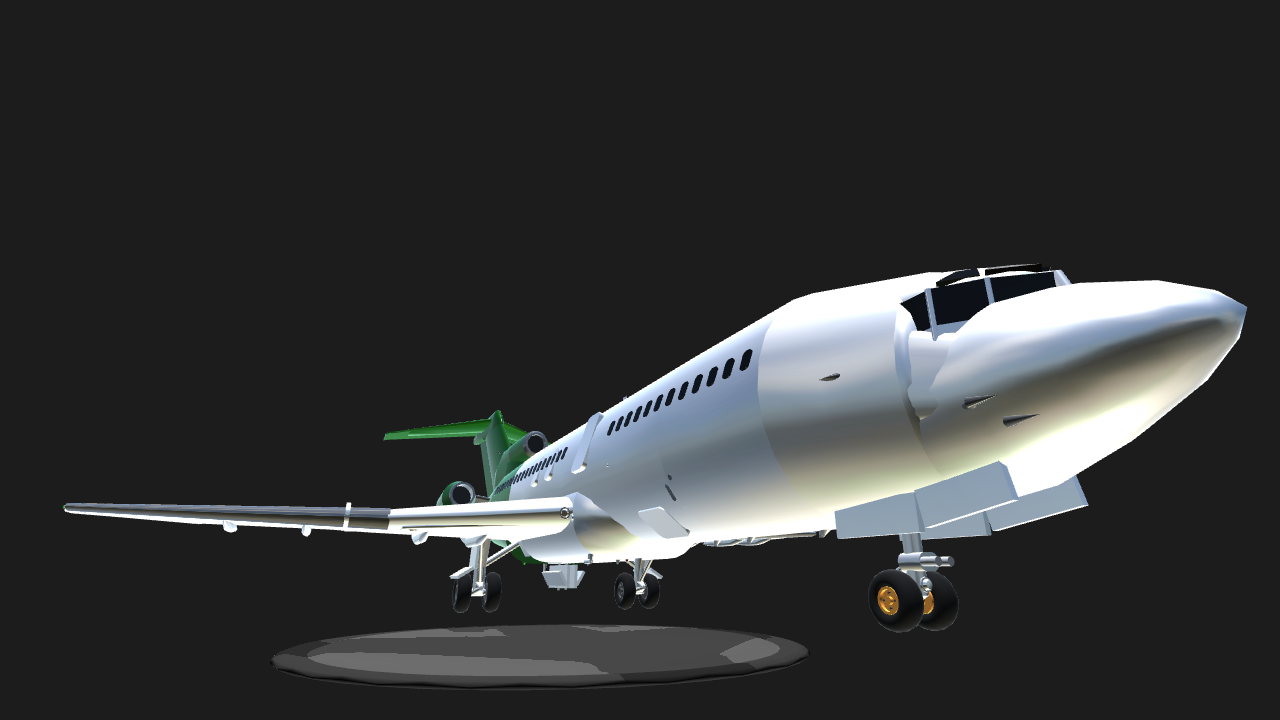 After much toil and labor, here is my 727-25C, uploaded on the 27th no less, which is, coincidentally, also my birthday!

Though it has gone by the wayside, this unforgettable trijet workhorse is still used today by a handful of obscure operators. Be it passengers or cargo, this hardy jet was always ready to deliver. The 727 is very close to my heart personally. Over the past year, I've been at school in an aviation maintenance program, working my hardest to get my A&P and enter the workforce to become a skilled mechanic. One of the planes my school uses for training is an old retired 727-25C, which, if you weren't familiar with 727s, is one of the many variants within the 727-100 family. Though it smells, leaks Skydrol everywhere, is missing a lot of its guts and trim, has rusty and binded control cables, and is infested with birds, the experience I've gained so far working on it has been invaluable. That's why this 727 sports the one-of-a-kind livery that my school's 727 wears. That lovely plane will never fly again, but now it can continue to fly in spirit through all of you who will download and test-fly my creation.

As for the model itself, the shape is extremely close, and the size is only a few feet off. The weight is about as close as I could get it, and is loaded with a little more than half the 727's maximum fuel capacity. The plane is brimming with features and cosmetic trimmings. It has all 4 sets of its triple-slotted Fowler flaps, spoilers, slats, leading-edge flaps, clamshell thrust reversers, landing gear with independent wheel-bay doors, retracting tailskid, airstairs, trimming stabilizer, accurate lights and radio masts, and other nonsense I'm probably forgetting.

Operation Details:
All moving parts (aside from landing gear) are controlled by VTOL down, there's no reason to ever slide it up.
AG1 controls flaps and slats, and allows the outboard ailerons to be moved (727 outboard ailerons only move when flaps are deployed)
AG2 controls spoilers
AG3 deploys thrust reversers
AG4 turns on nav and anti-collision lights
AG5 turns on landing and taxi lamps as well as the wing inspection lights
AG6 controls the aft airstairs
AG7 locks and unlocks the landing gear and tailskid
AG8 locks and unlocks the landing gear doors

Flying:
Rotate around 130 mph with 75% nose-up trim on takeoff. Cruise is at 35,000ft, but efficiency will increase as you climb higher. Stall speed is 100 mph at maximum nose-up trim, with control waning below 130 mph. Best touchdown speed is 140 mph. Trim is your friend, and is absolutely critical to getting the most out of the 727. You should be constantly adjusting trim throughout all stages of the flight. Be mindful of the engines. They take a little while to spool up and down. At touchdown, zero throttle and deploy thrust reversers. Cut reversers at around 40 mph. Flaps and spoilers don't actually do anything. In fact, flaps actually add a slight nose-down tendency. At least they look cool when deployed (they look a little weird in transit due to the rotators that correct for sweep angle not syncing with the hinges and pistons in actuation speed. They'll always line up in the end at every flap angle though).

Random notes:
The airstair can be used to put the nose down if the plane ends up sitting on its tail.
The plane can pick up impressive speeds in high-altitude dives. In real life, that usually rips the plane to shreds. Good thing this is a game.
The paintjob isn't 100% accurate to its real-life counterpart. There is an angle between the white and green that traces the angle of the tail's leading edge, and it was too difficult to replicate without adding too many pointless extra parts.
I was too lazy to put limiters on the actuators for the flaps (again), so don't move the VTOL slider up unless you want to break them.
If you have any questions about 727s, I'd be happy to answer them. I know a great deal about them, and have access to the official 727-100 maintenance manual to dig out really specific facts.

Anyway, this was my biggest project yet, and probably my last super-accurate replica for a while. Hope you like it! 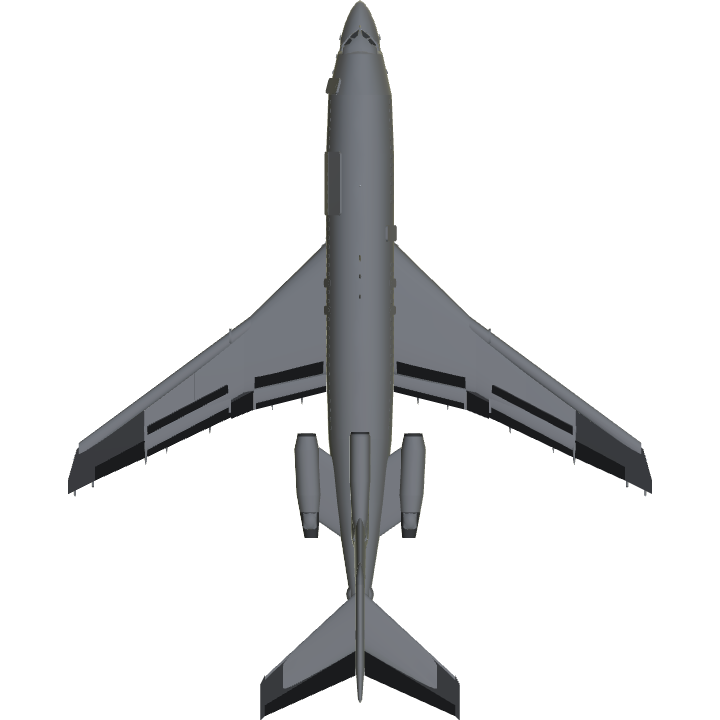 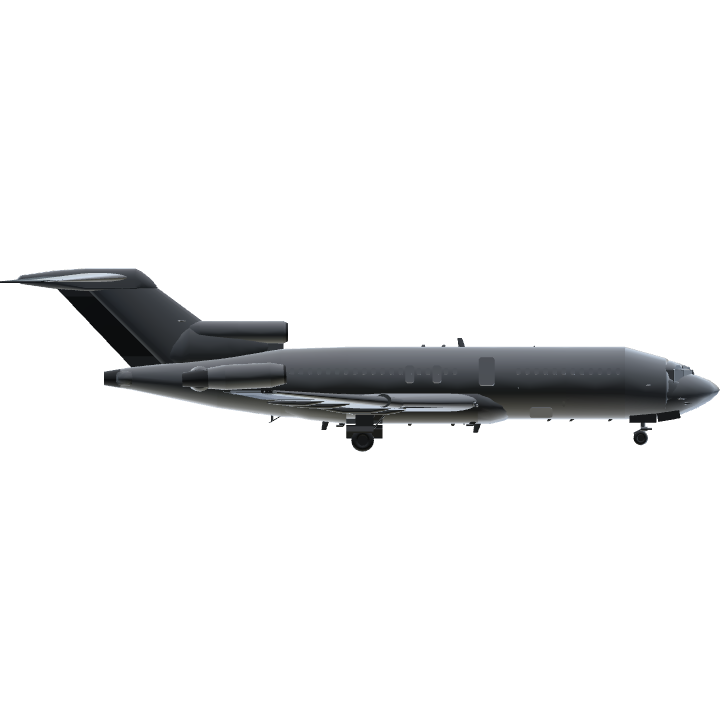 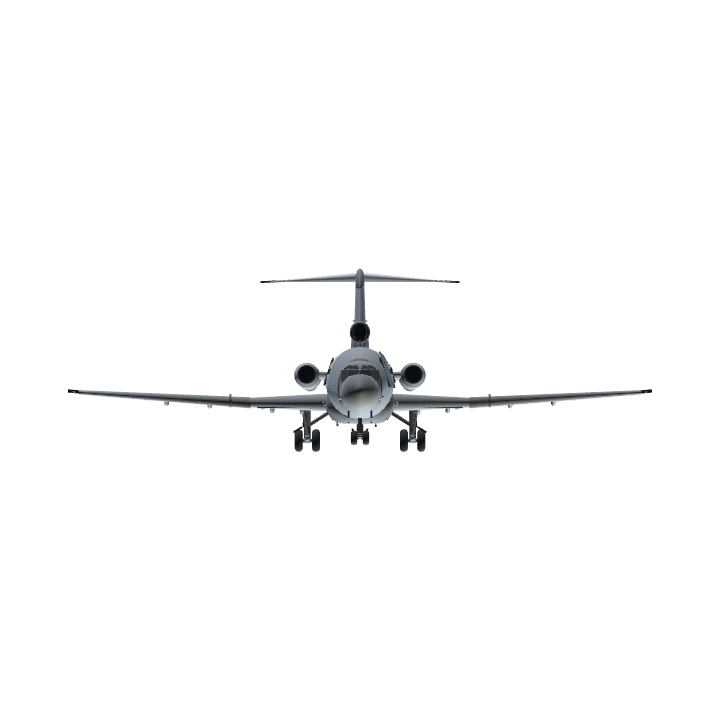