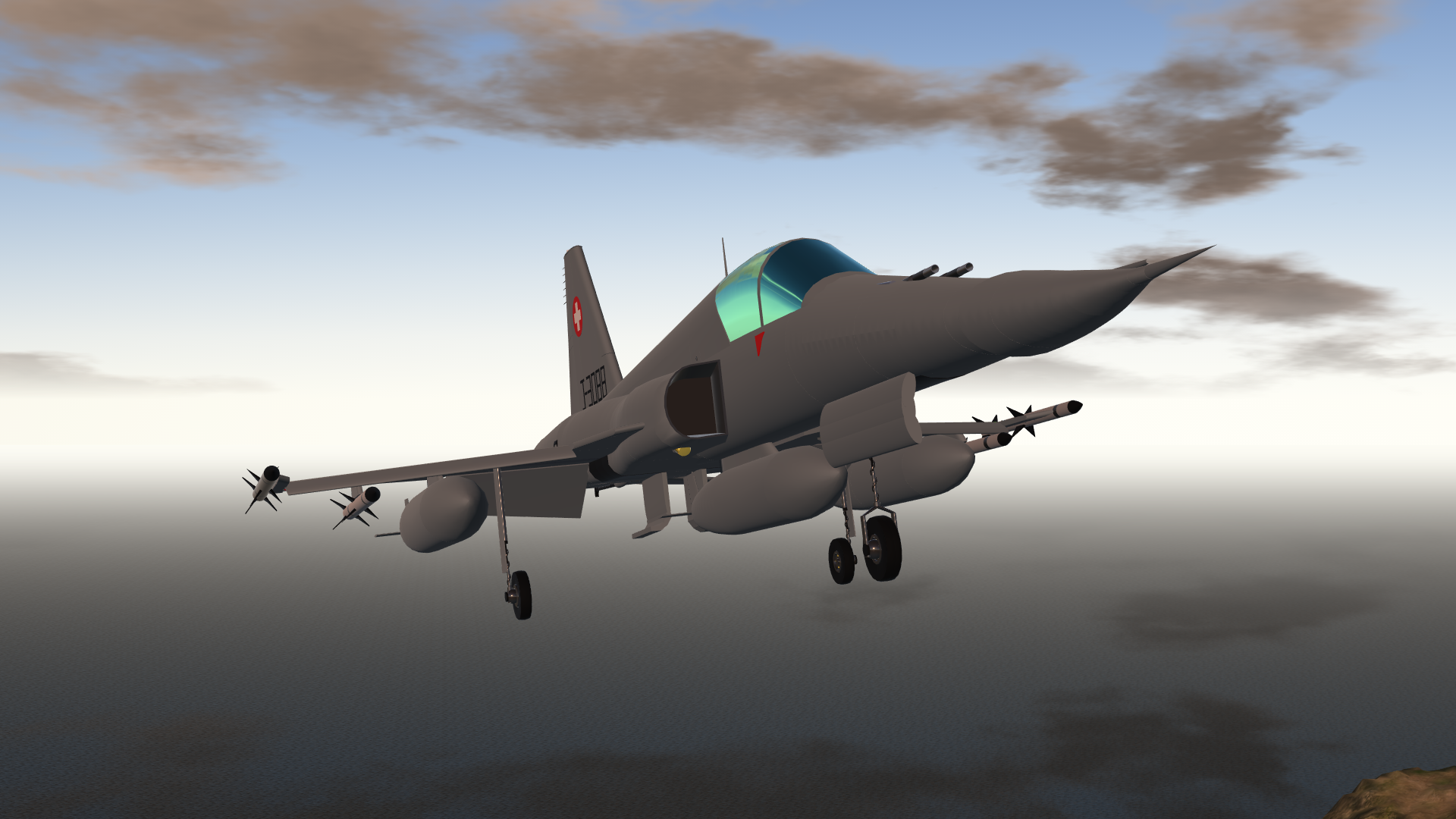 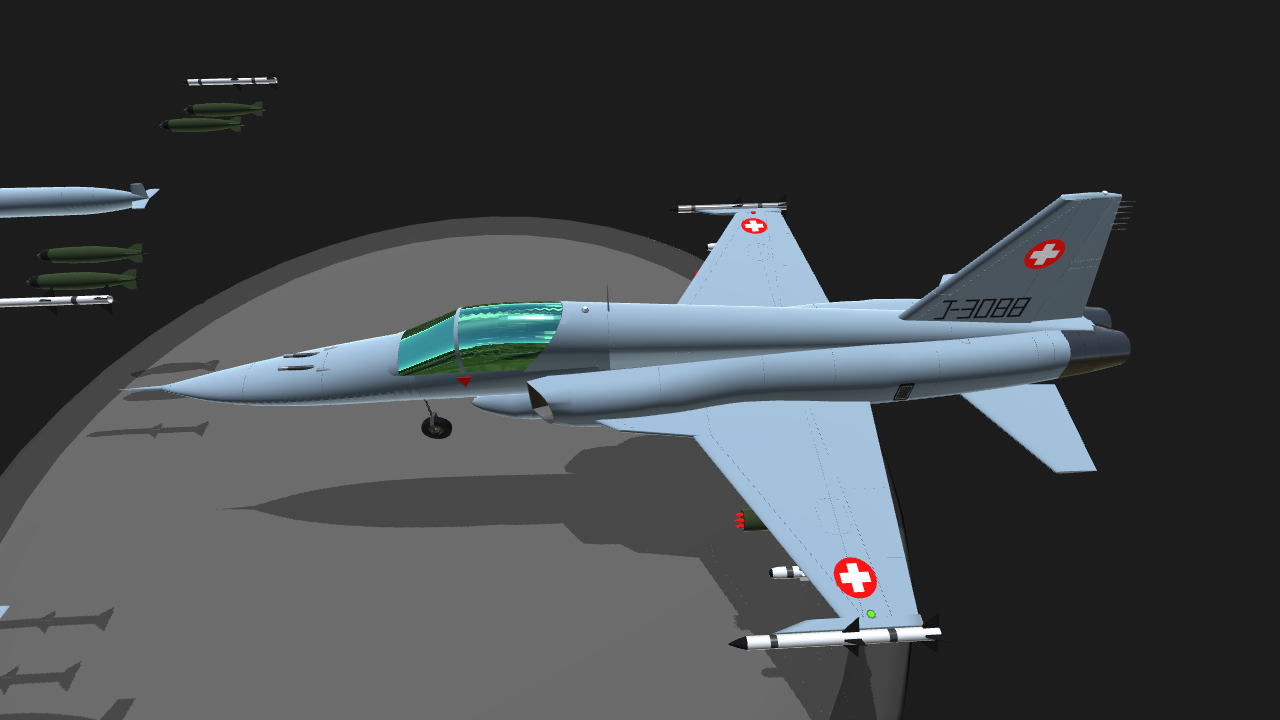 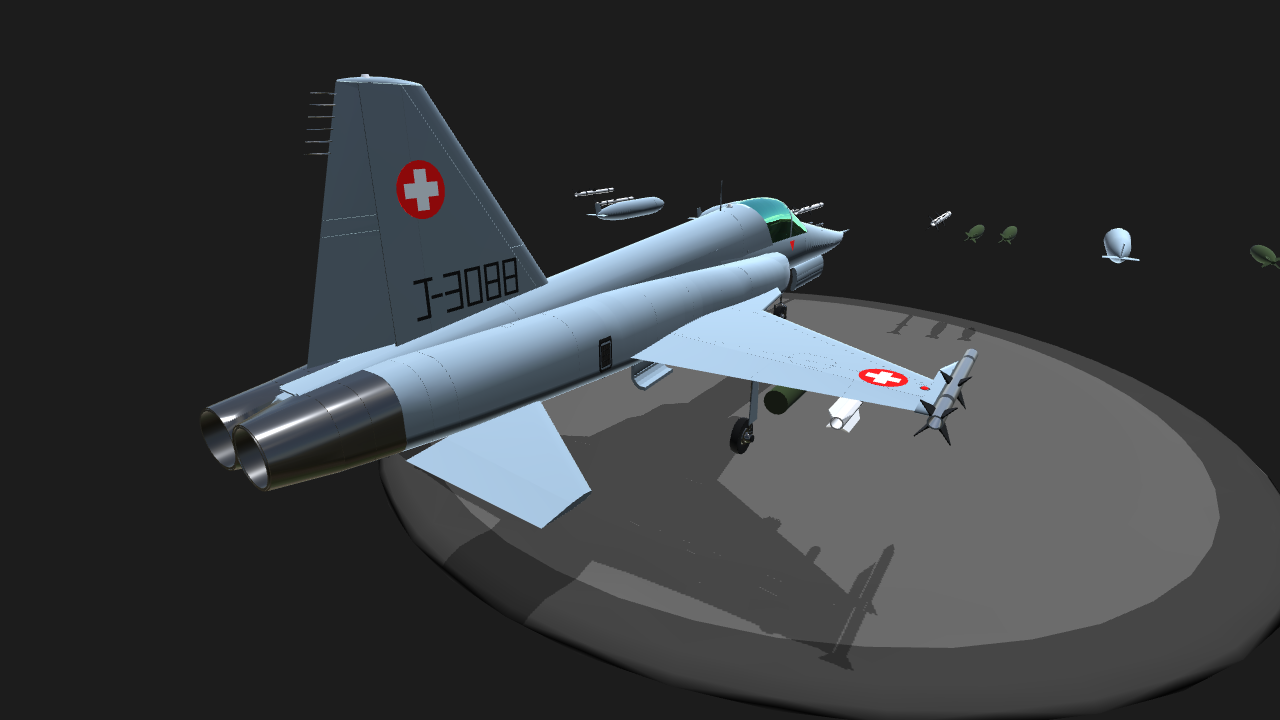 Welcome to the fabled 'MiG 28' from Top Gun!

The F-5 was a light-turned-multirole fighter designed to be as cheap as possible to produce and maintain, making it the natural predecessor to the F-16 fighting falcon.
The F-5E Tiger II is the most produced version and the version used by the Swiss Air Force in the air defence role, and is a version equipped with older avionics than seen on the later versions of the Tiger.
This particular one was known as J-3088 and was never used in frontline service. However, J-3088 was part of the Swiss Air Force aerobatics team when it suffered a mid-air collision with J-3086, whose pilot then had to eject, sustaining minor injuries. Despite the collision and the damage sustained, J-3088 managed to land safely.

#important note:# when attaching drop tanks, there is a detacher inside of the
drop tank which will need to be attached to the pylon once the tank is
attached. This is there to make the double drop input easier. 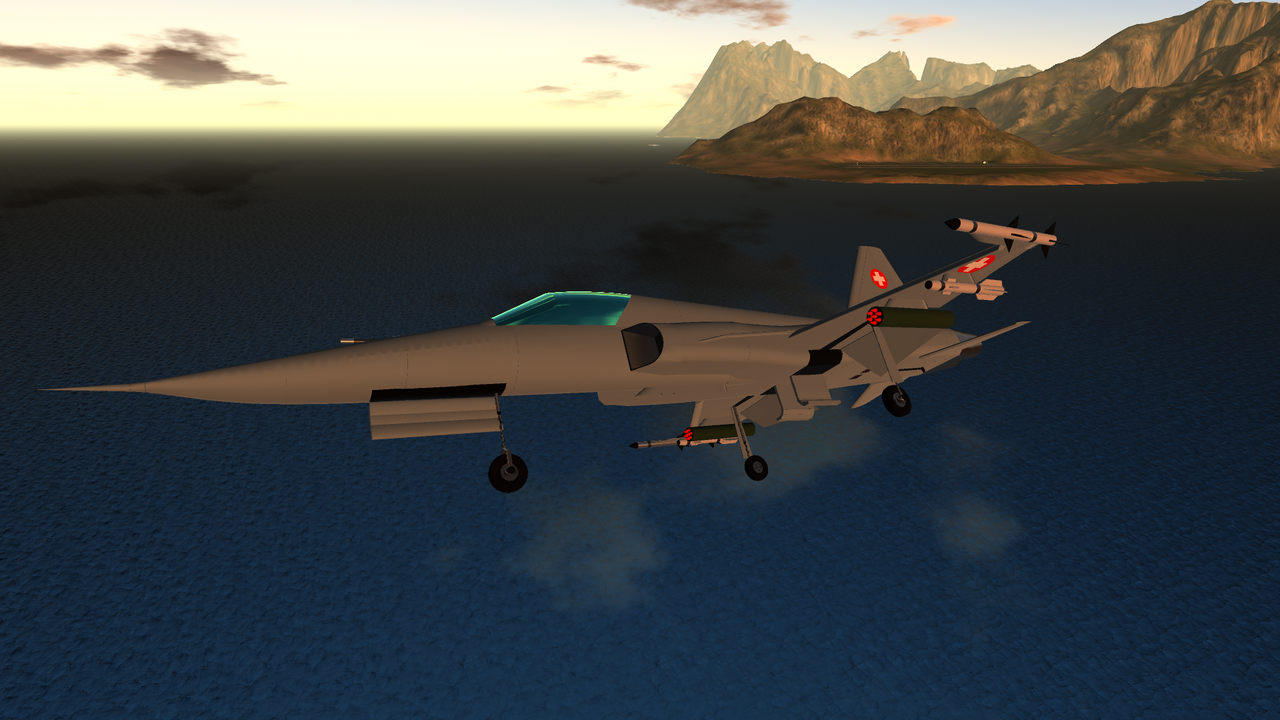 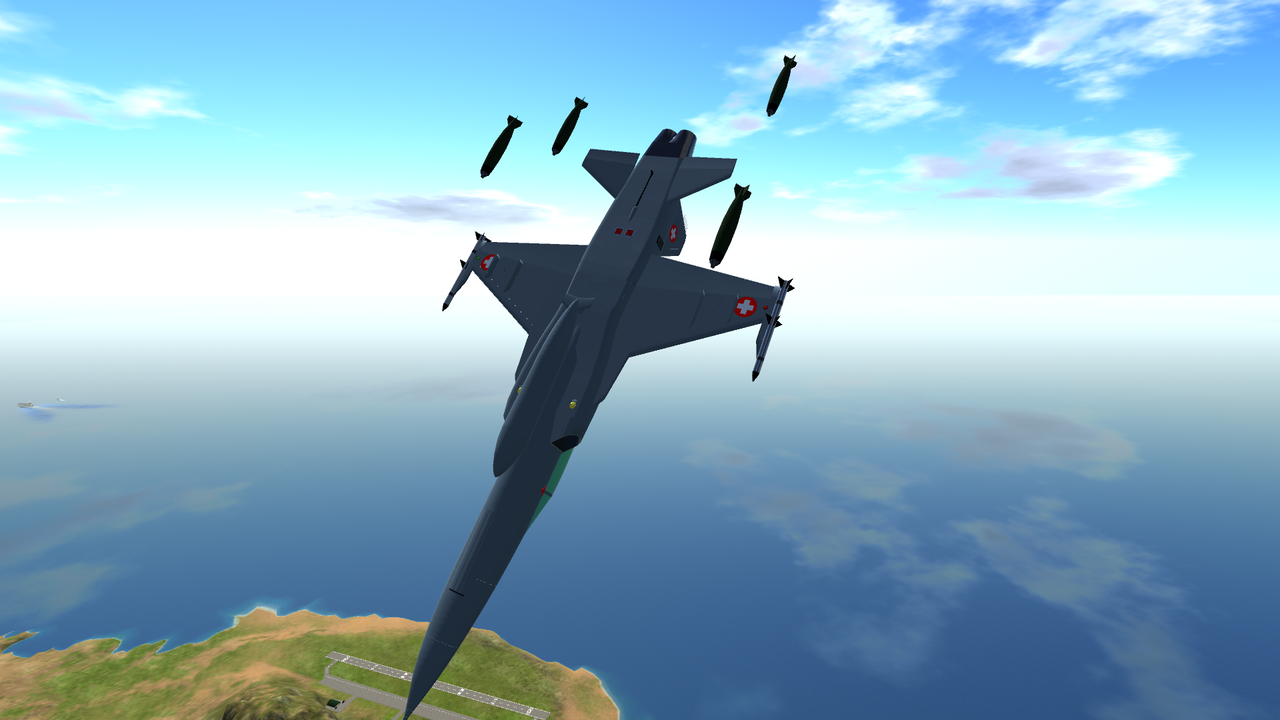 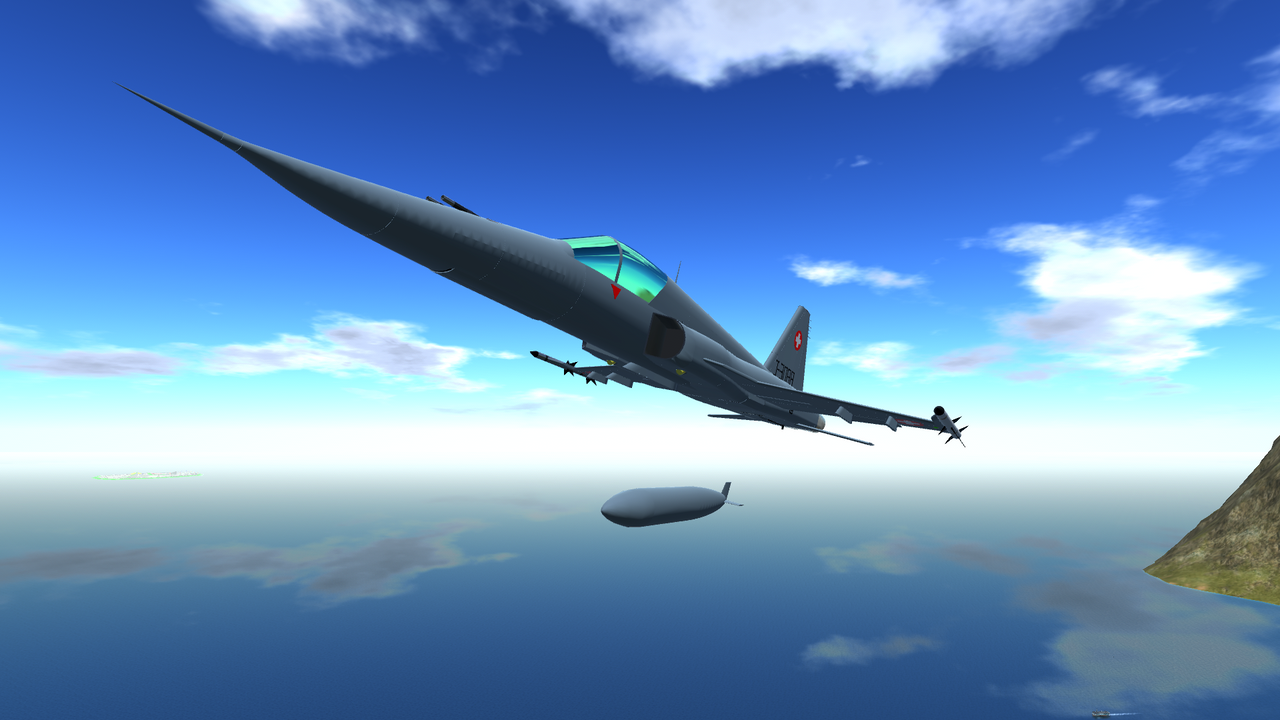 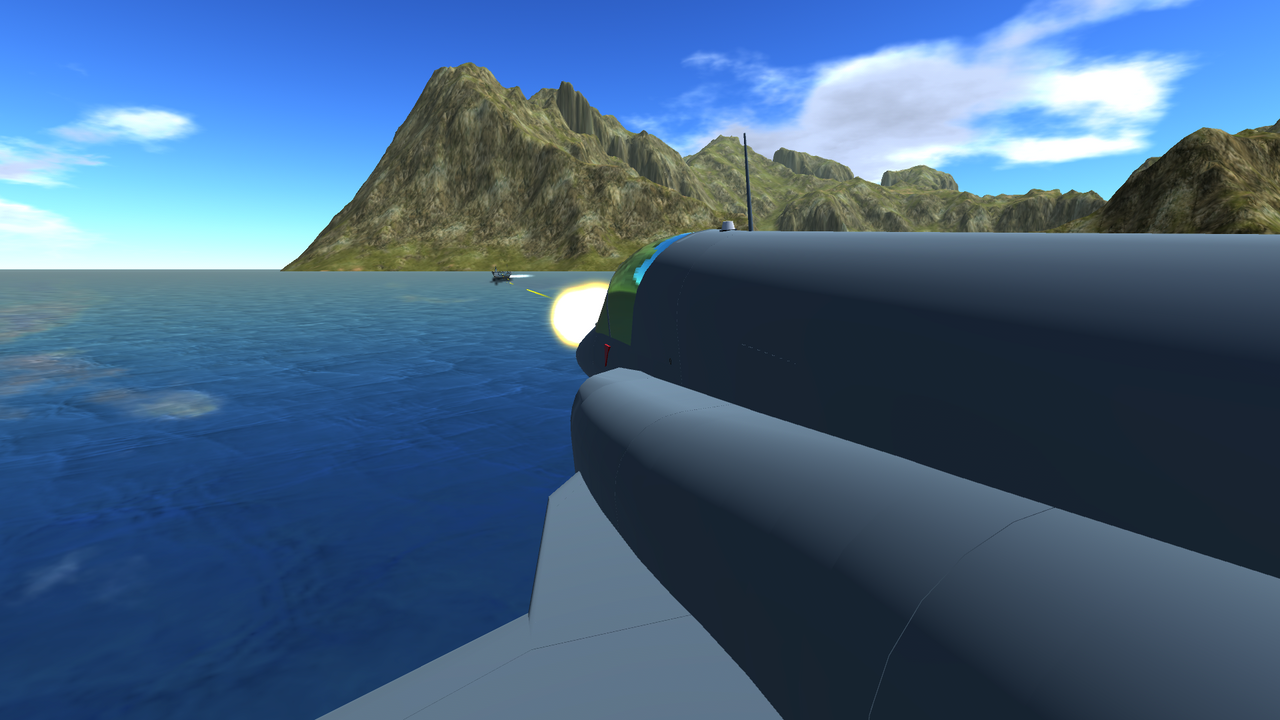 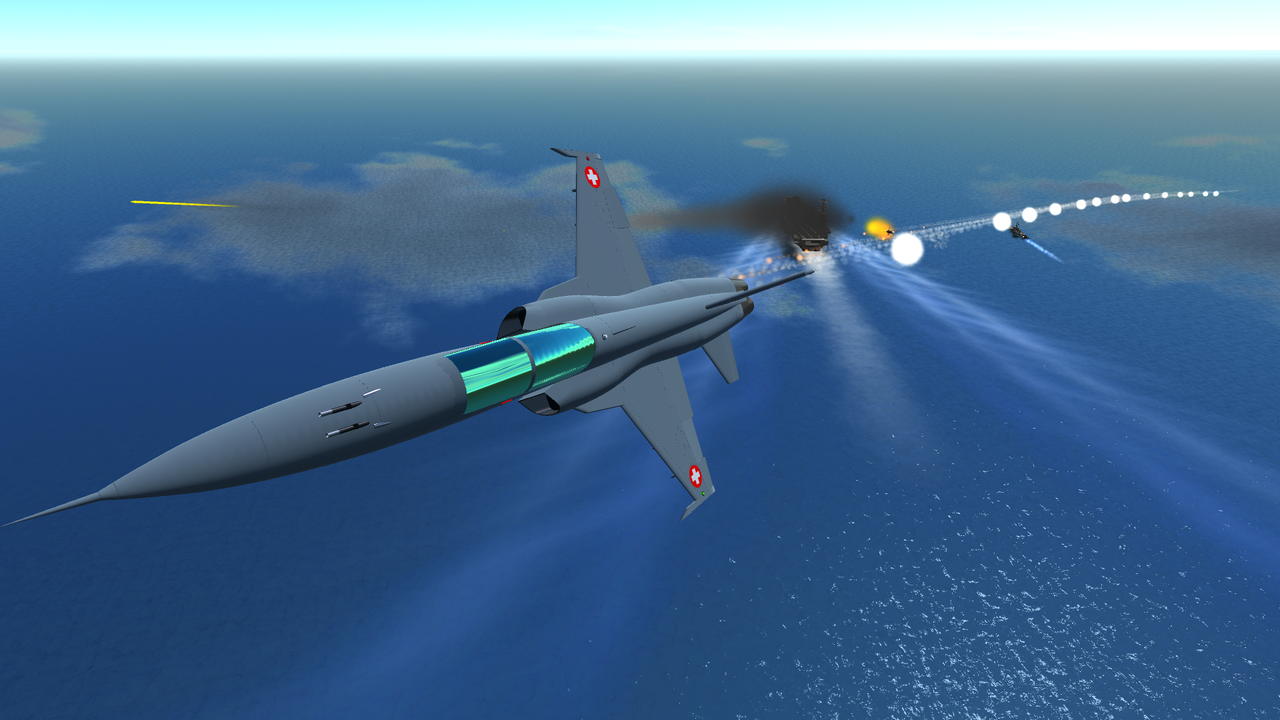 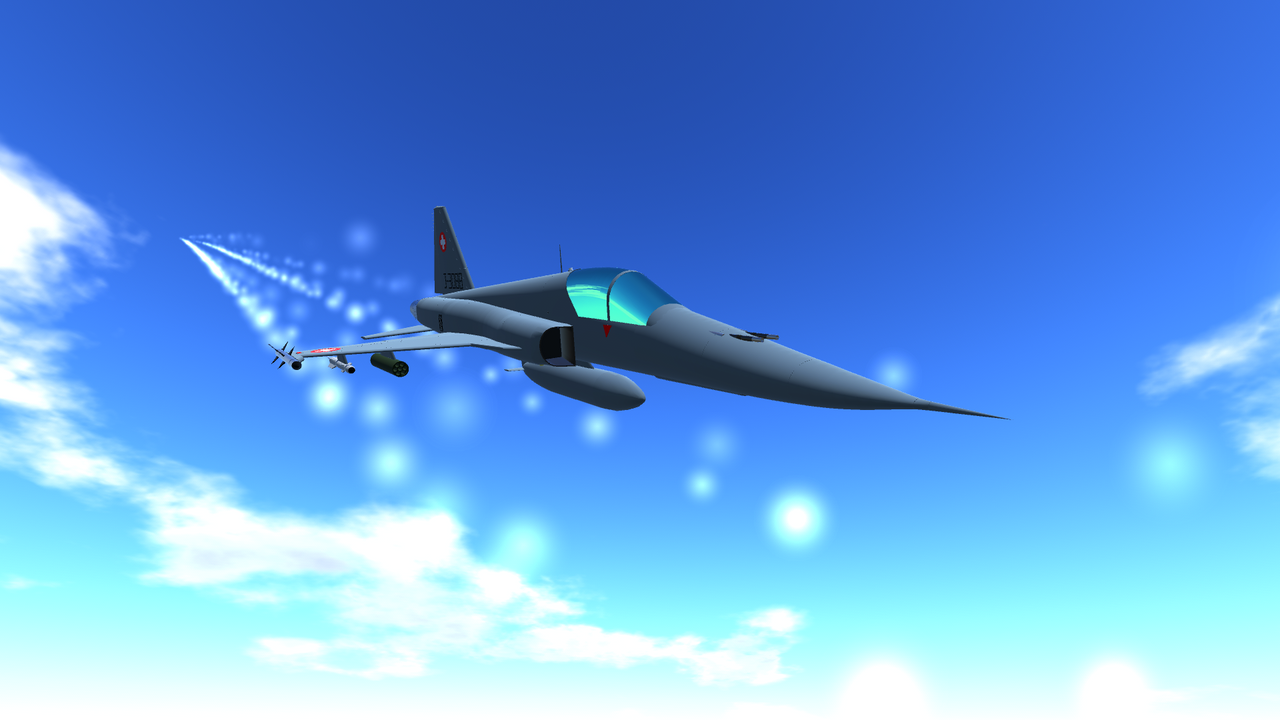 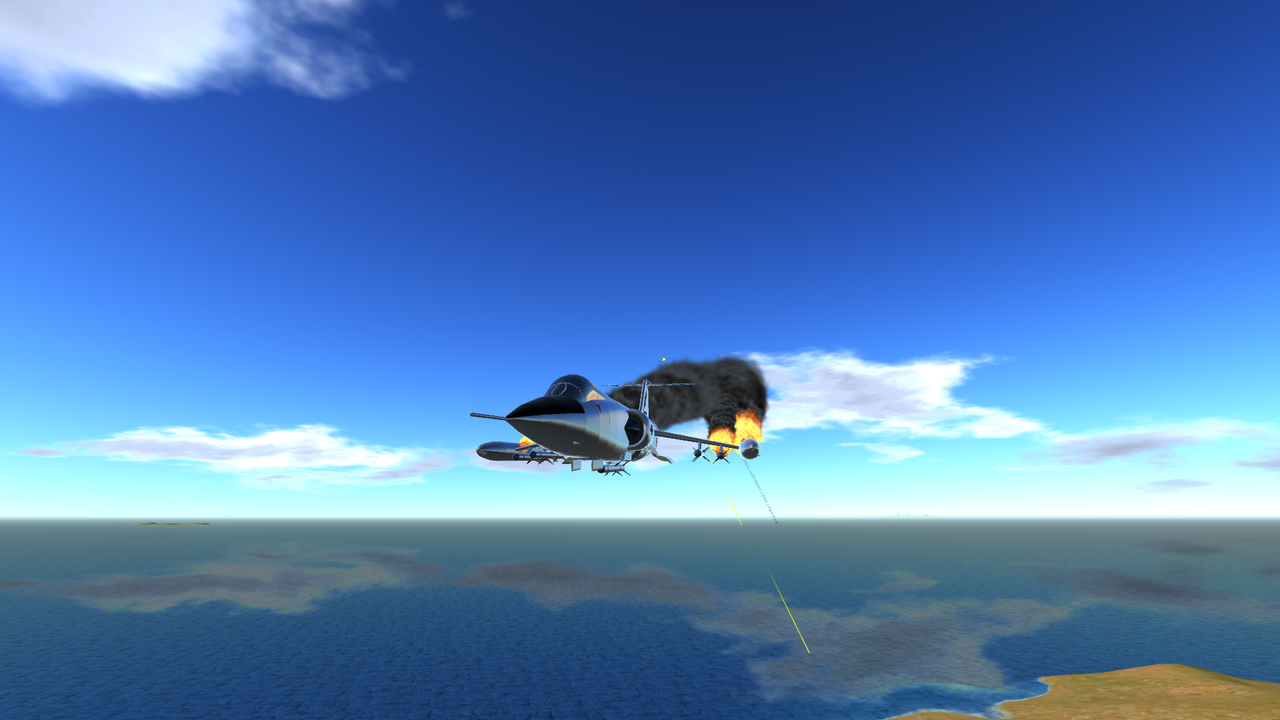 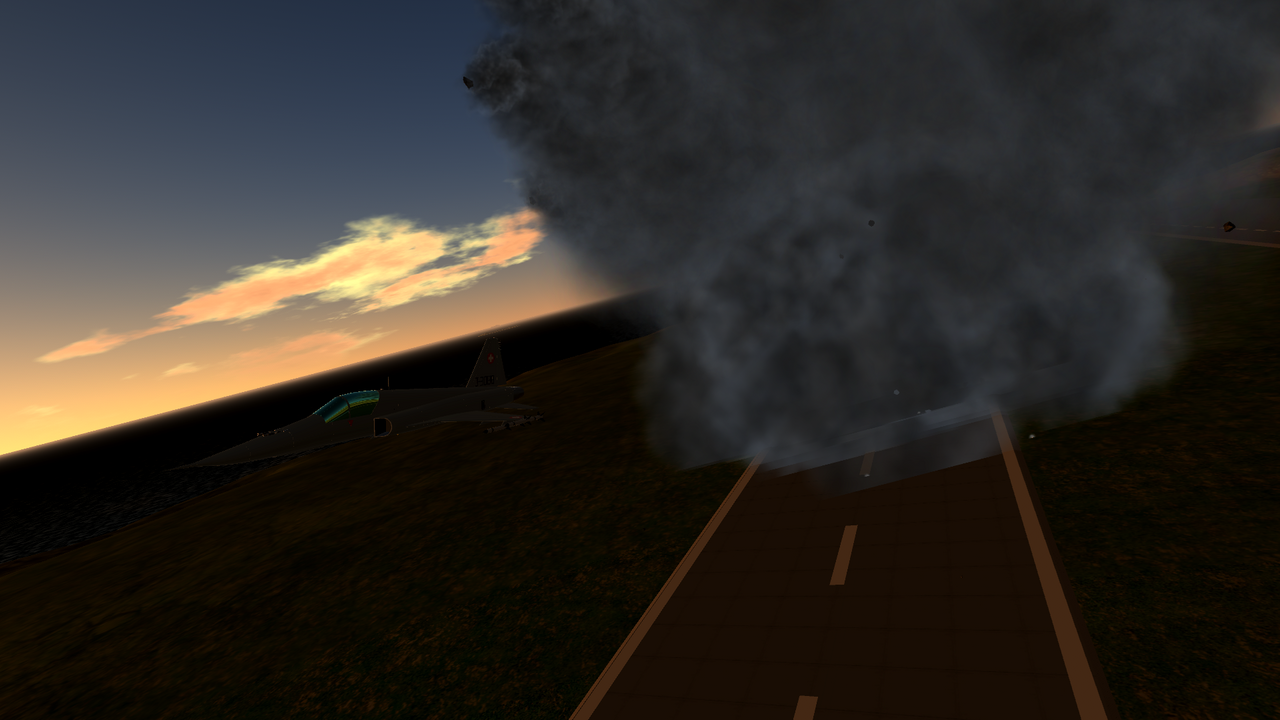 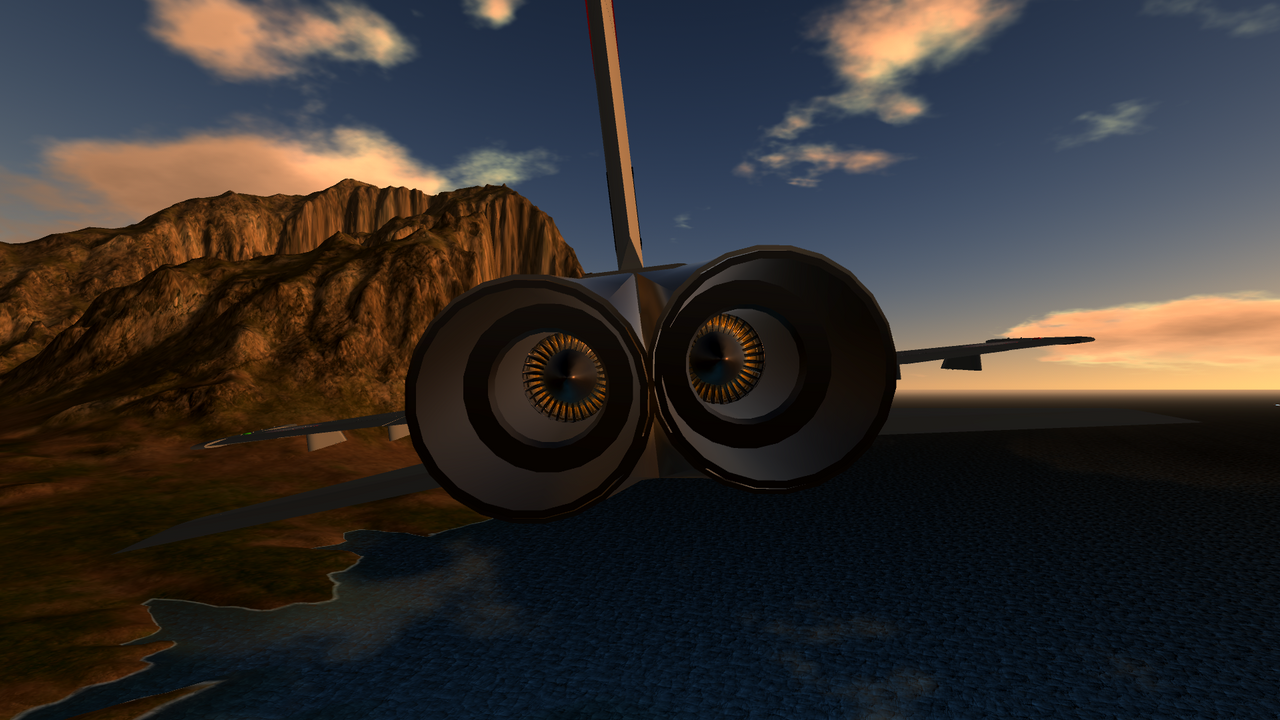 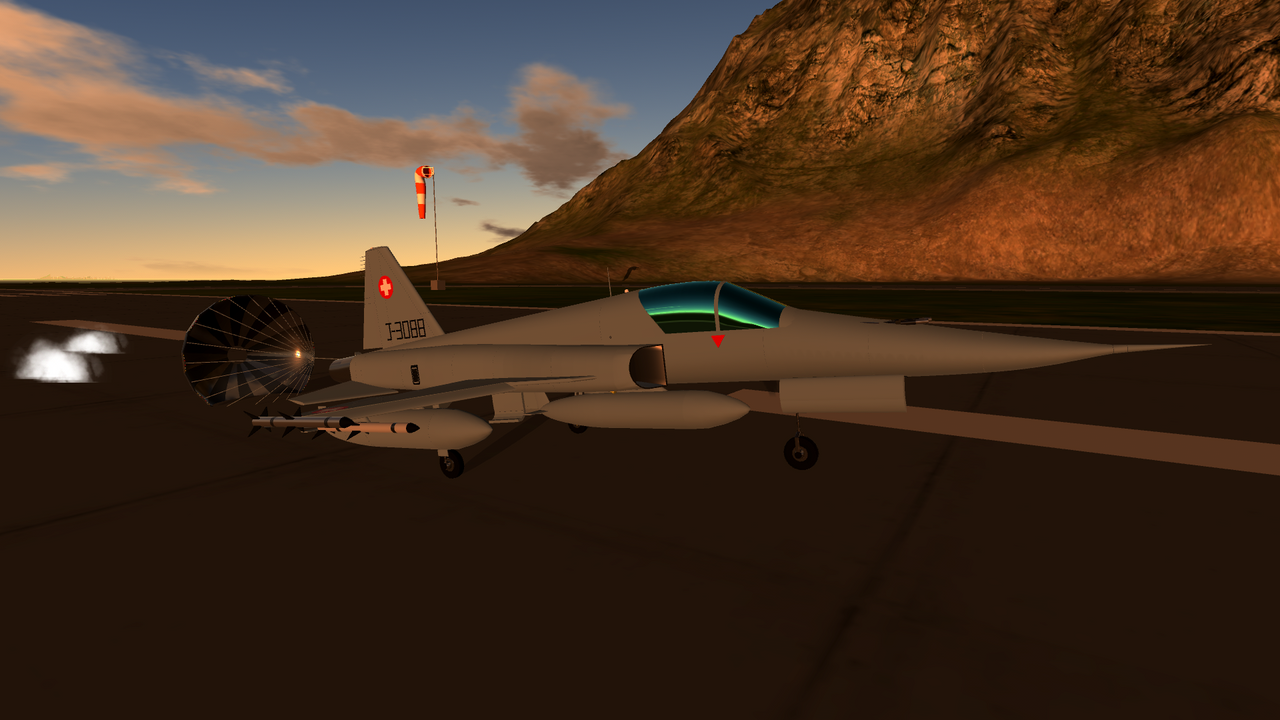 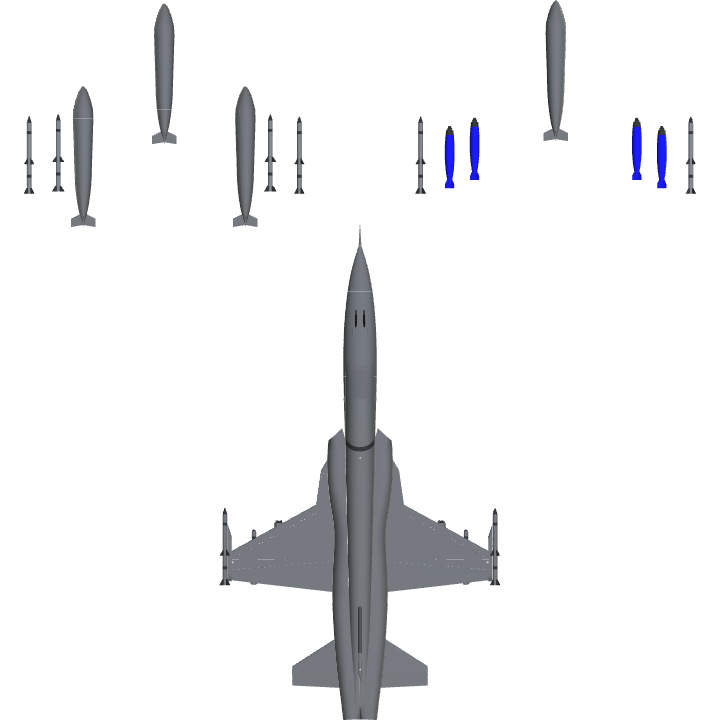 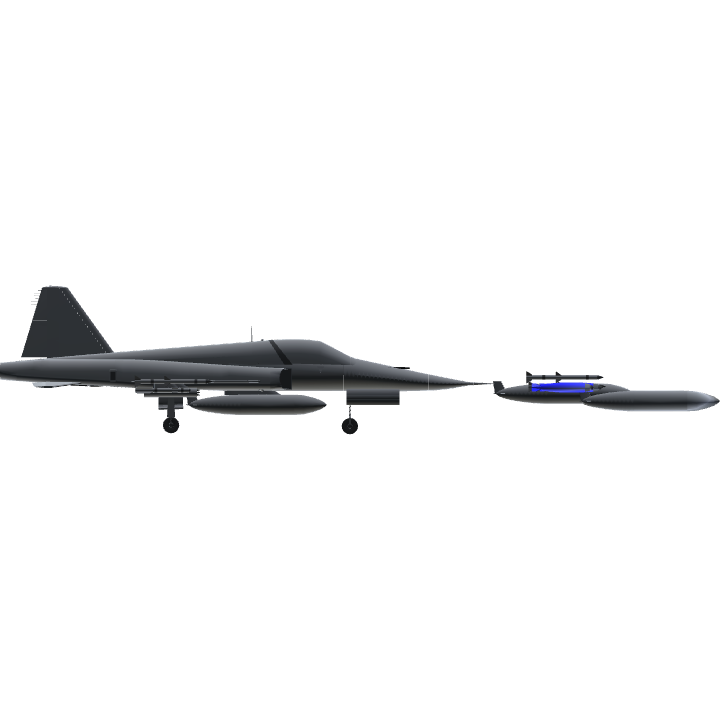 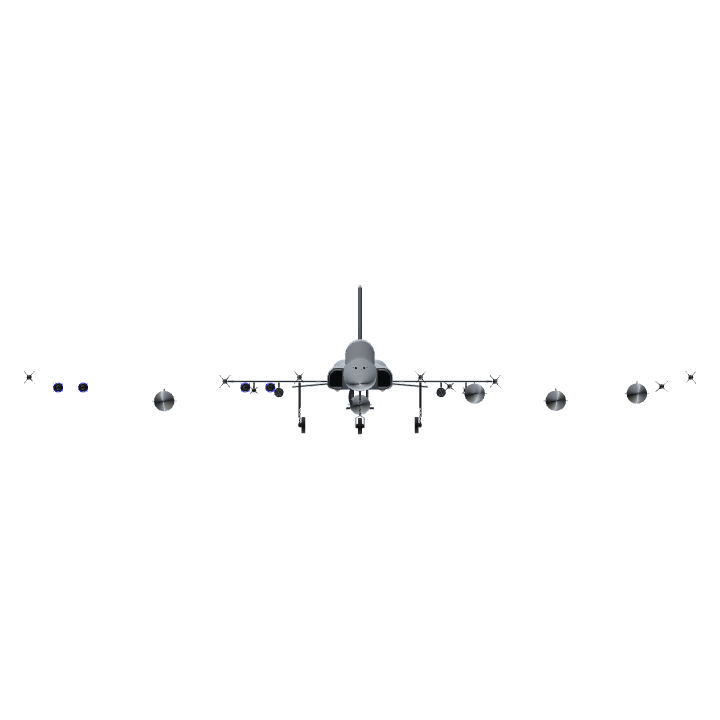