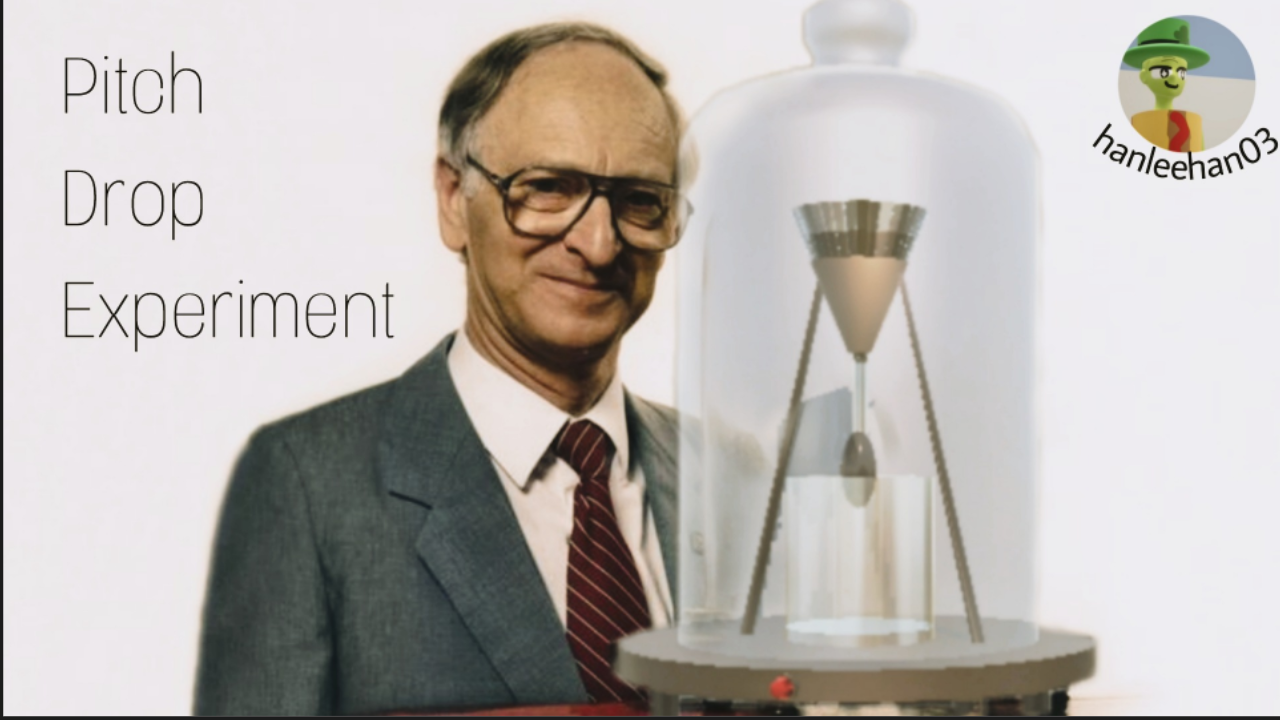 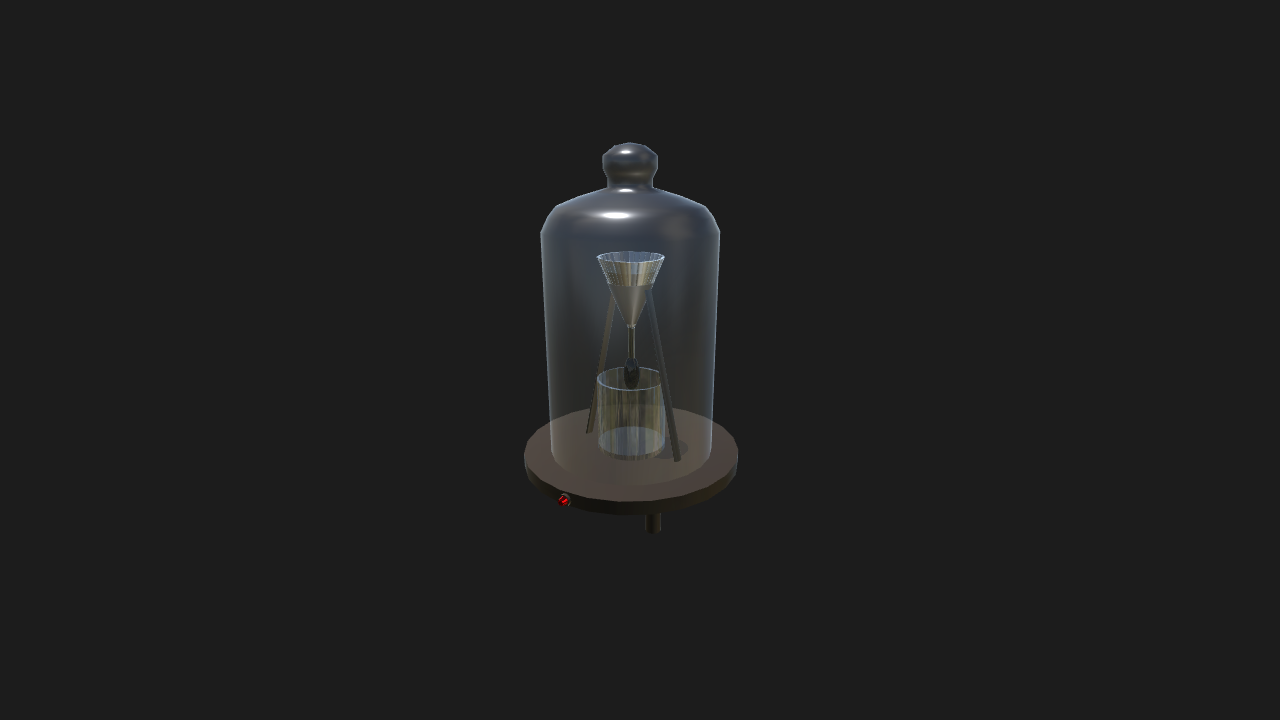 What is the Pitch?

Pitch is a black solid polymer that can be distilled from tar made from coal, pomegranate, etc.

It is now classified as a liquid, but It looks like solid at room temperature enough to be broken with a hammer. R.I.P Thomas Parnell (1881~1948)
In 1927, scientist
Thomas Parnell of the University of Queensland in Australia, designed this experiment to measure the viscosity of the pitch relative to water. This is a simple experiment device.
But, He spend 3 years putting the pitch inside the device and stabilizing it and He started experiment in 1930.

8 years after(1938) the experiment began, a drop of pitch finally falls into the beaker, and a second drop falls 9 years later(1947).
The viscosity of this pitch droplet was so high that Parnell died in 1948 without seeing the third drop, and the device was removed to the corner of the lab. R.I.P John Mainstone (1935~2013)
However, Professor John Mainstone was discovered This device when he heard that there was something strange in the beaker in the lab by his colleagues.

He persuaded the chairman to continue this work and And He continued the experiment.

On 28 November 2000, when the eighth drop fell, the camera failed to record the drop.
But, by analyzing the viscosity of this eighth drop, it was found to be about 230 billion times larger than water.

In October 2005, John Mainstone and the late Thomas Parnell were awarded the Ig Nobel Prize in physics, a parody of the Nobel Prize, for the pitch drop experiment.

I am sure that Thomas Parnell would have been flattered to know that Mark Henderson considers him worthy to become a recipient of an Ig Nobel prize. Professor Parnell's award citation would of course have to applaud the new record he had thereby established for the longest lead-time between performance of a seminal scientific experiment and the conferral of such an award, be it a Nobel or an Ig Nobel prize.

Professor John Mainstone, who was in charge of the experiment, died of a stroke in 2013, but Professor Andrew White received it again and has continued the experiment.

If you want to see the Pitch drop experiment live, You can see it in http://www.thetenthwatch.com/

If you see it drop, leave it in the comments. But, I don't know if there'll be Simpleplanes left until then. haha XD 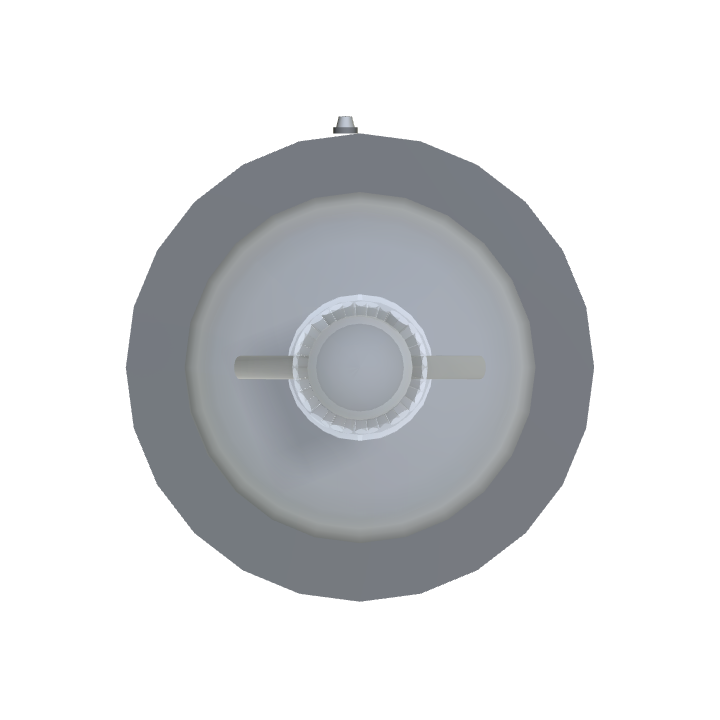 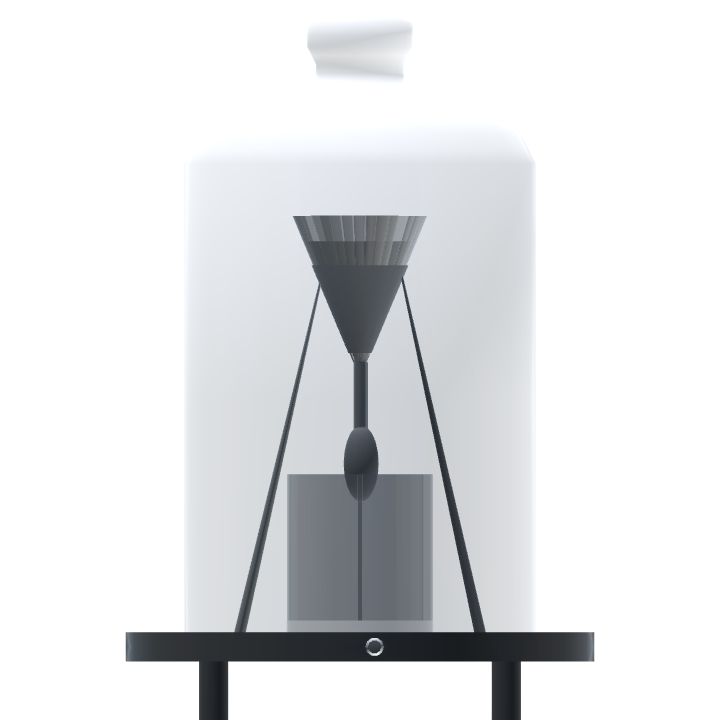