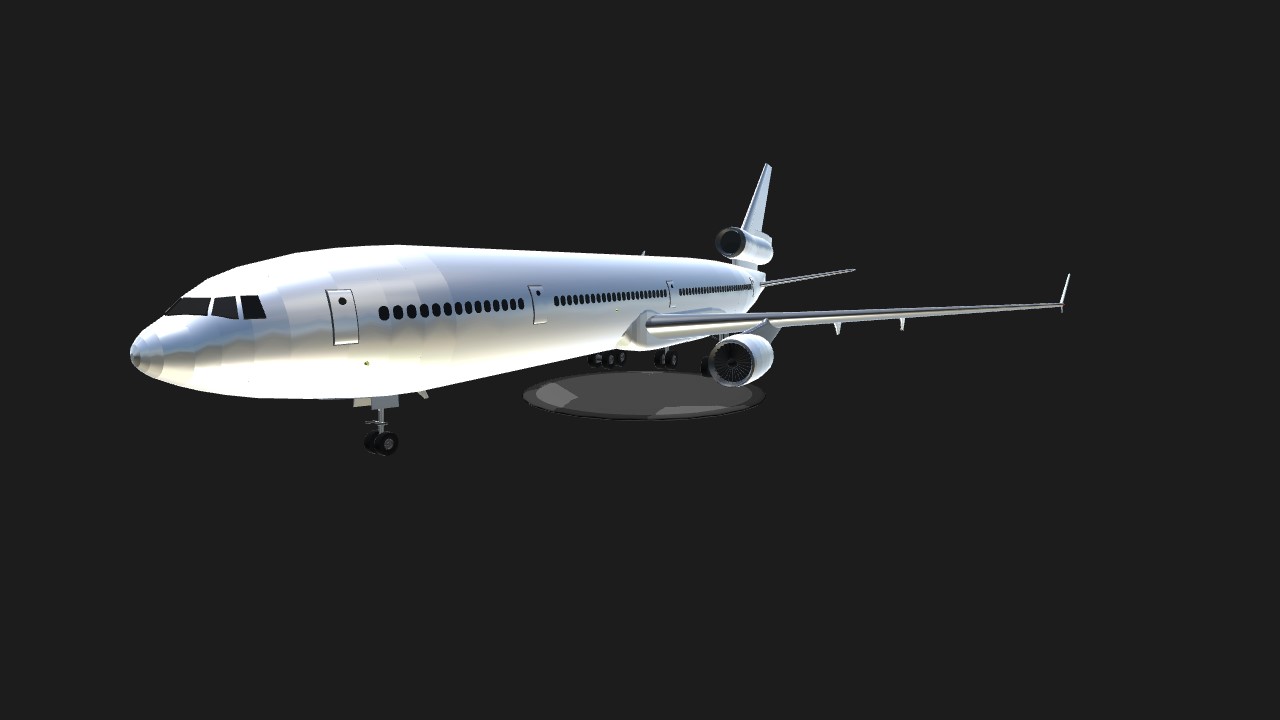 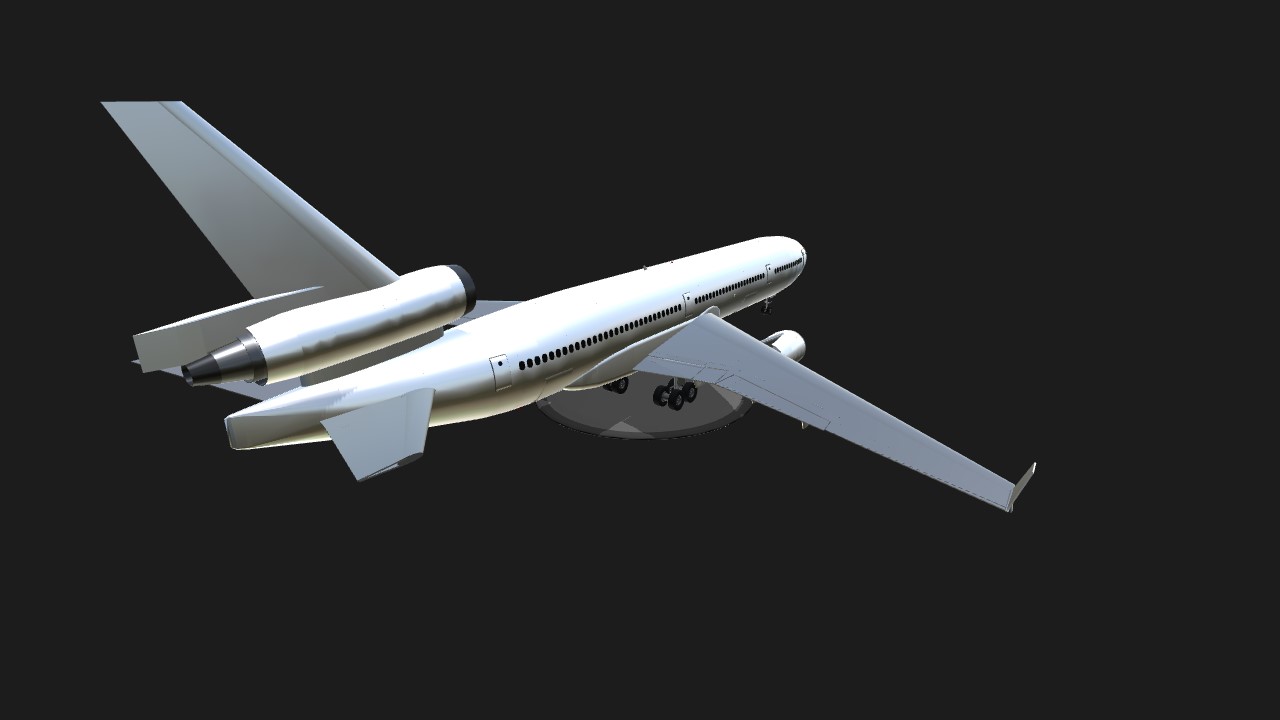 It's simple, but it's beautiful.

I tried my best in 11 days (my holiday lasts for 14 days), so hope you guys enjoy my new aircraft.

Advantages:
- 1:1 scale (a little bit longer wings)
- Glides at MLW
- Easily to takeoff and landing
- Super stable
- Mobile friendly (I think so)
- Detailed landing gear
Disadvantages:
- A little bit heavier than the real MTOW
- A little bouncy when spawning
- No slats (I’m sorry it was too hard for me)

The McDonnell Douglas MD-11 is an American three-engine medium- to long-range wide-body jet airliner, manufactured by McDonnell Douglas and, later, by Boeing Commercial Airplanes. Based on the DC-10, it features a stretched fuselage, increased wingspan with winglets, refined airfoils on the wing and smaller tailplane, new engines and increased use of composite materials.
The MD-11 was one of the first commercial designs to employ a computer-assisted pitch stability augmentation system that featured a fuel ballast tank in the tailplane, and a partly computer-driven horizontal stabilizer. Updates to the software package made the airplane's handling characteristics in manual flight similar to those of the DC-10, despite a smaller tailplane to reduce drag and increase fuel efficiency.
The MD-11 has had problems with its flight control systems that have resulted in multiple accidents and incidents since the aircraft's introduction. The initial design of the slat/flap lever in the cockpit was conducive to accidental dislodgement by crew in flight. The defect has been corrected since 1992. In the early 2000s, Boeing improved the flight control software at the urging of the FAA to reduce the possibility of violent unintentional pitch movements. 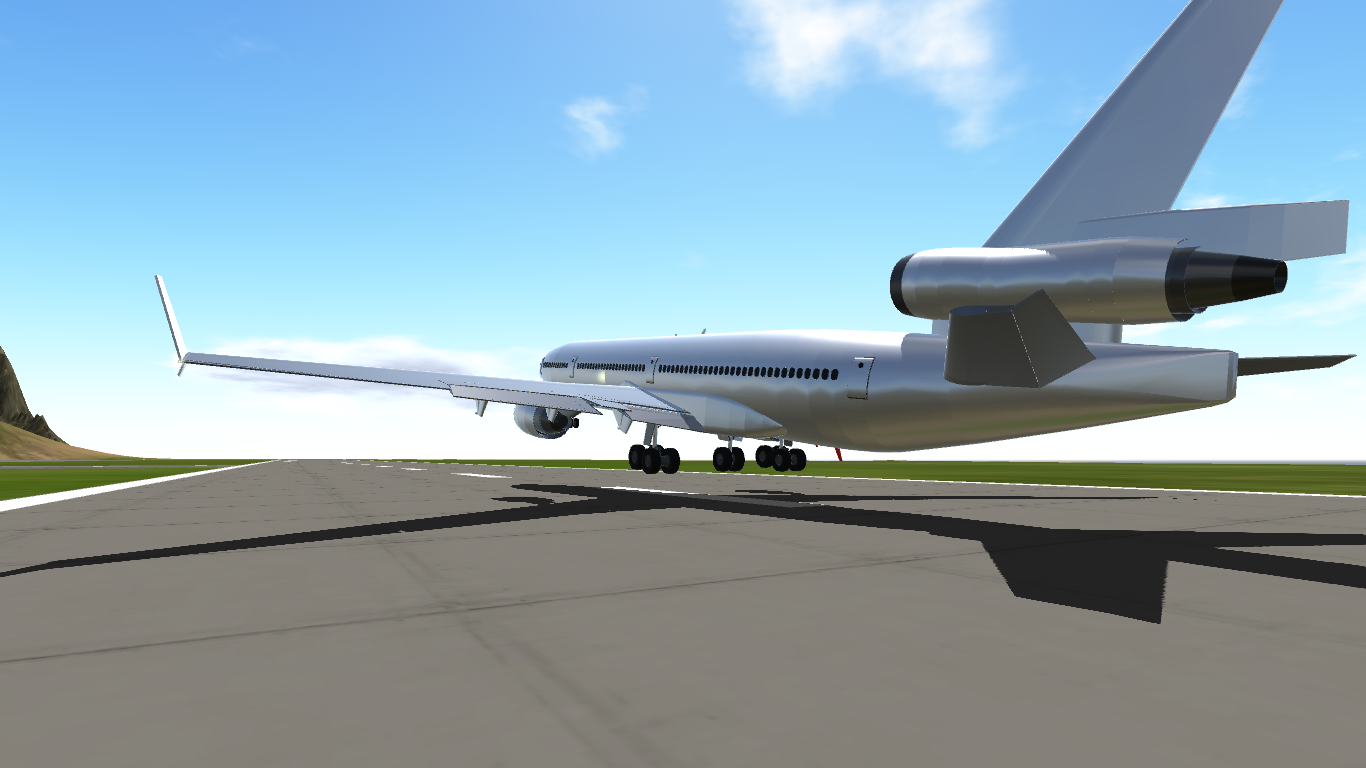 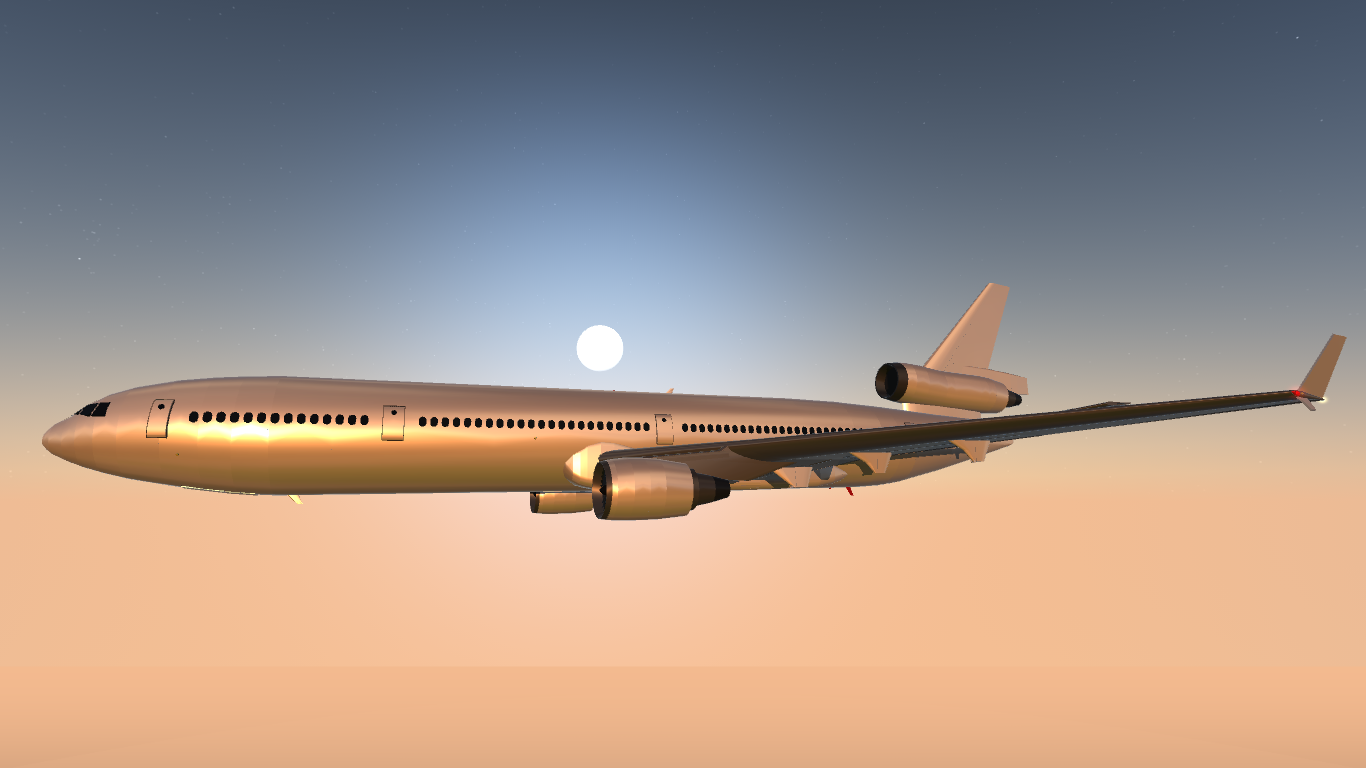 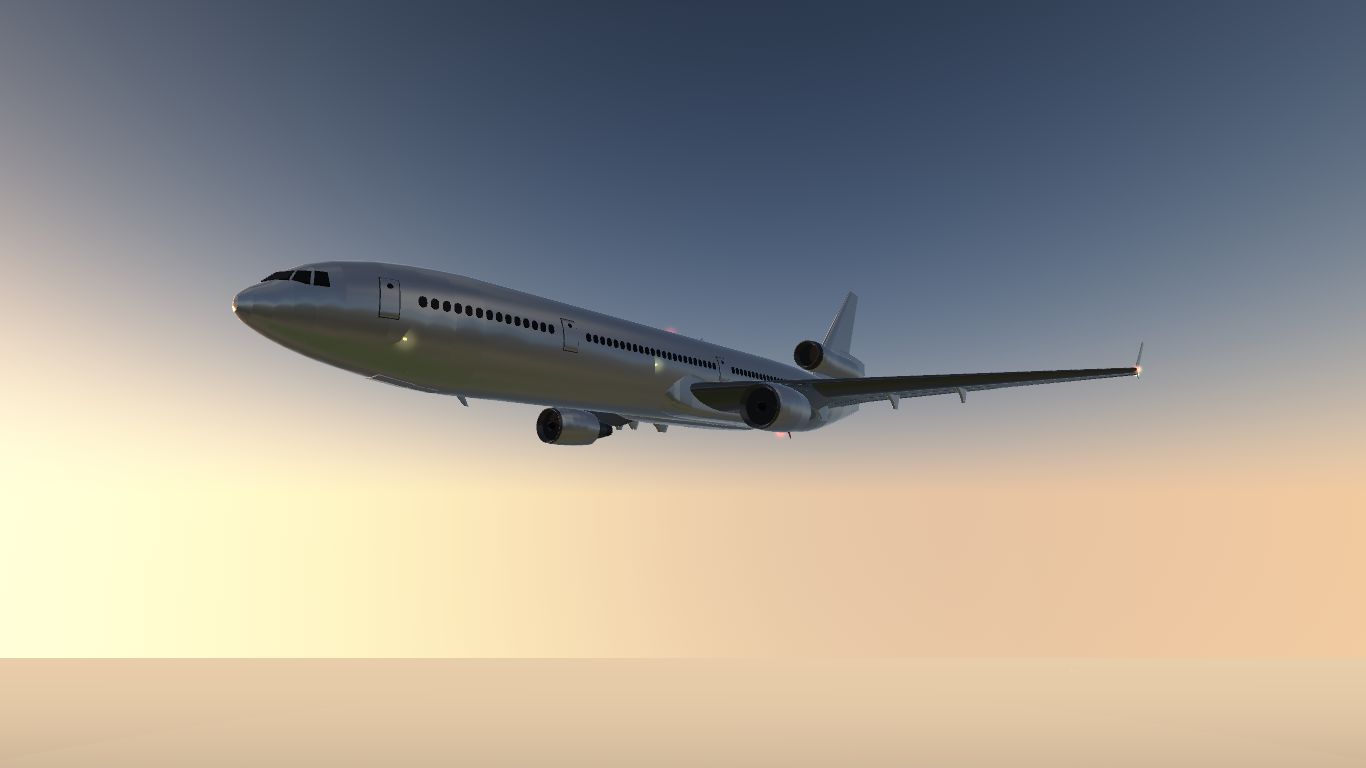 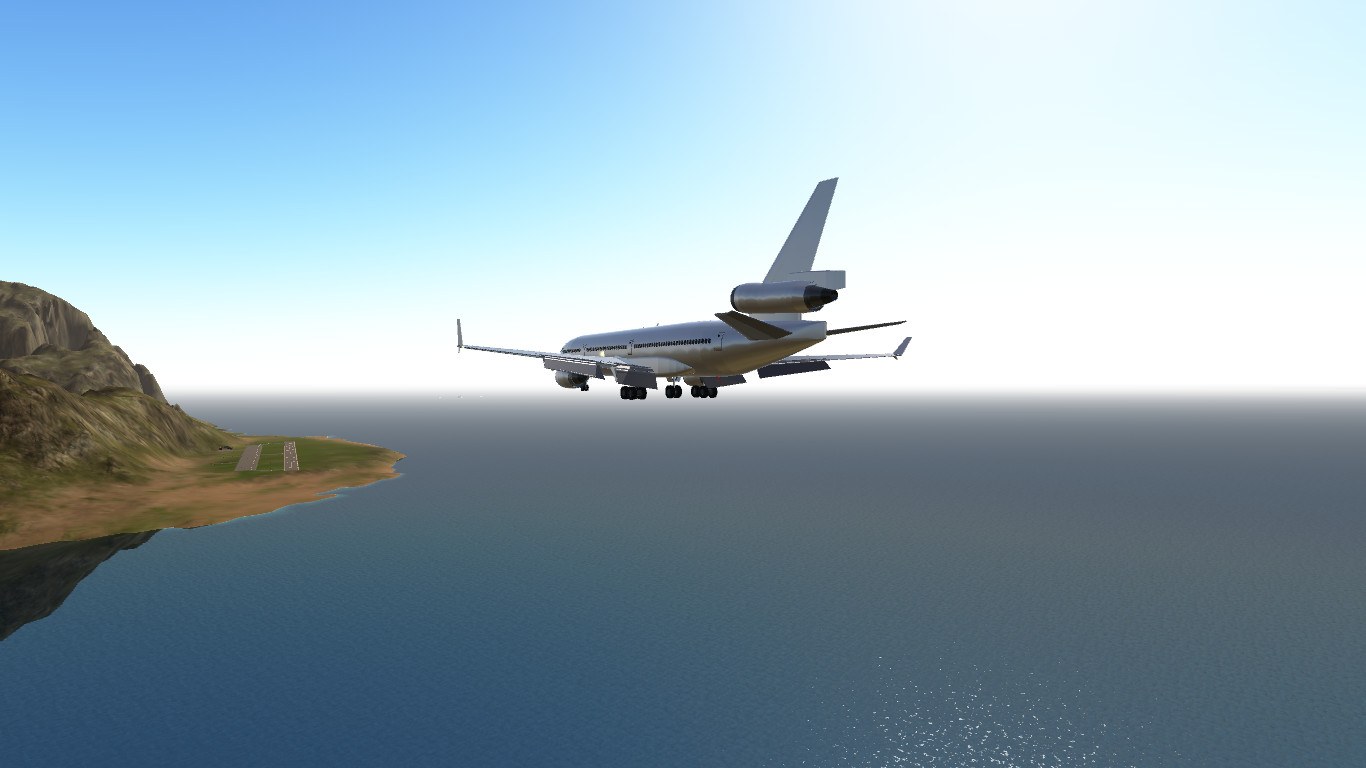 And as usual, thanks for downloading and upvoting my aircraft. See ya! 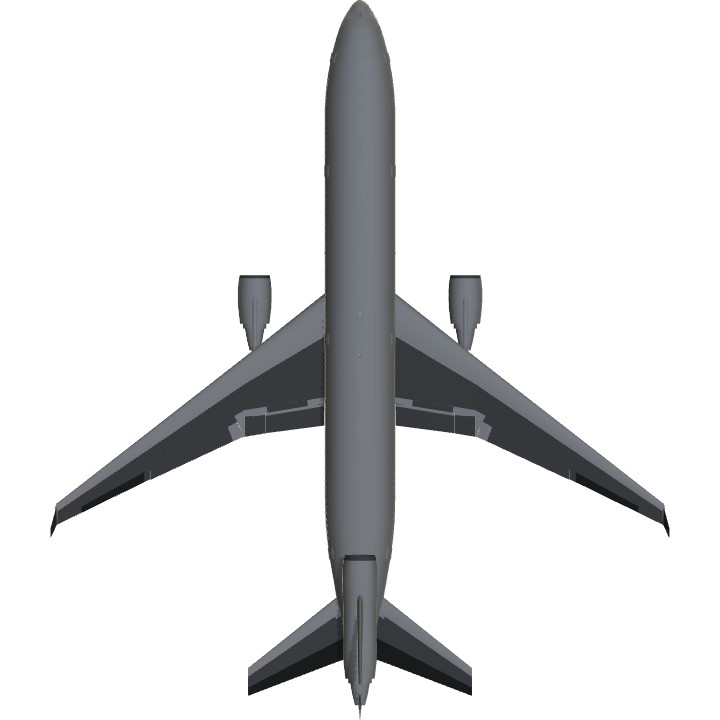 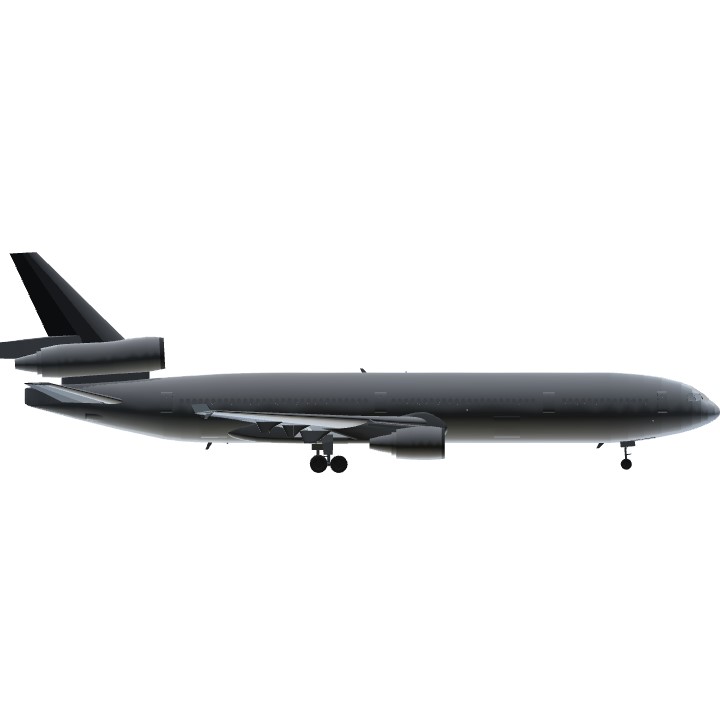 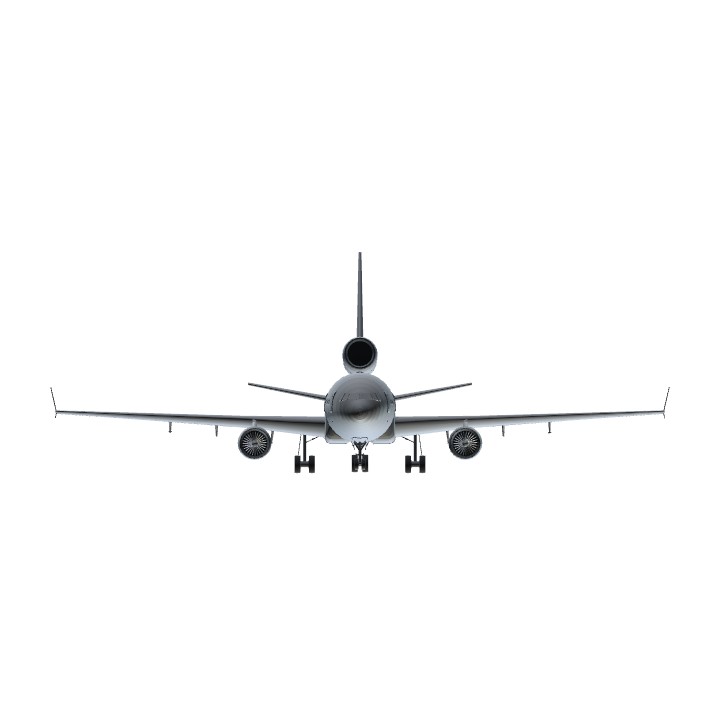