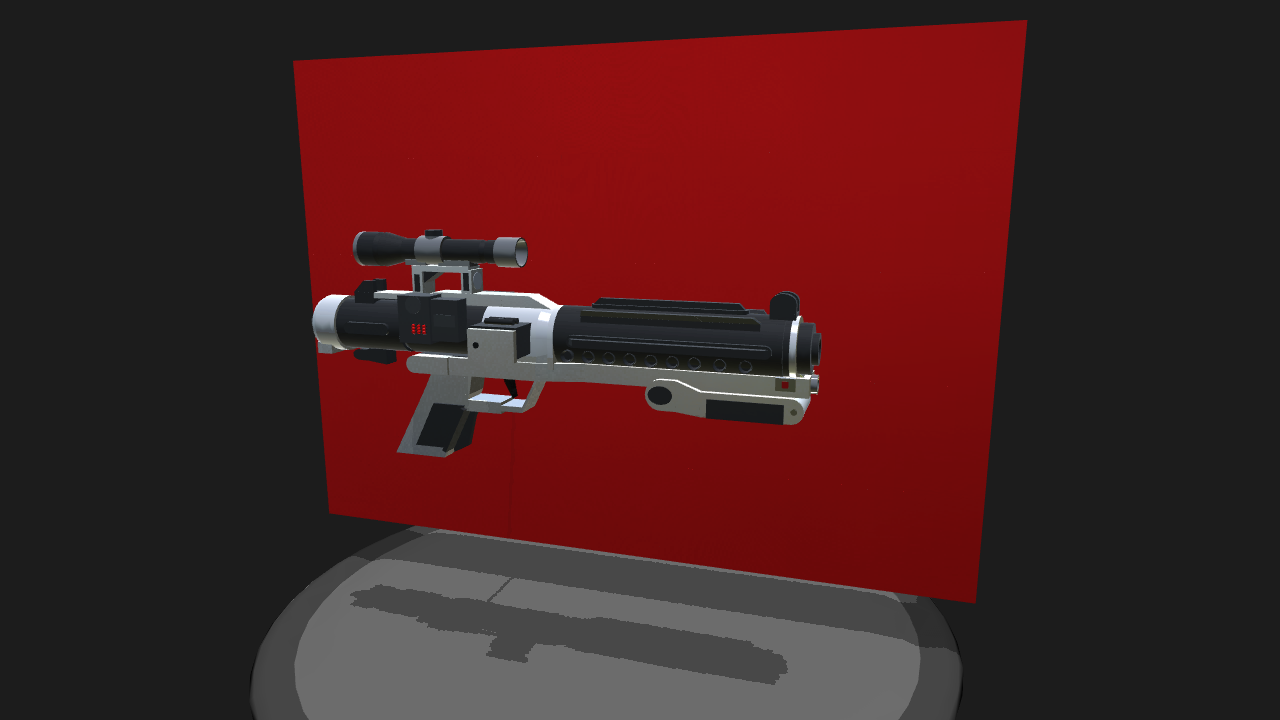 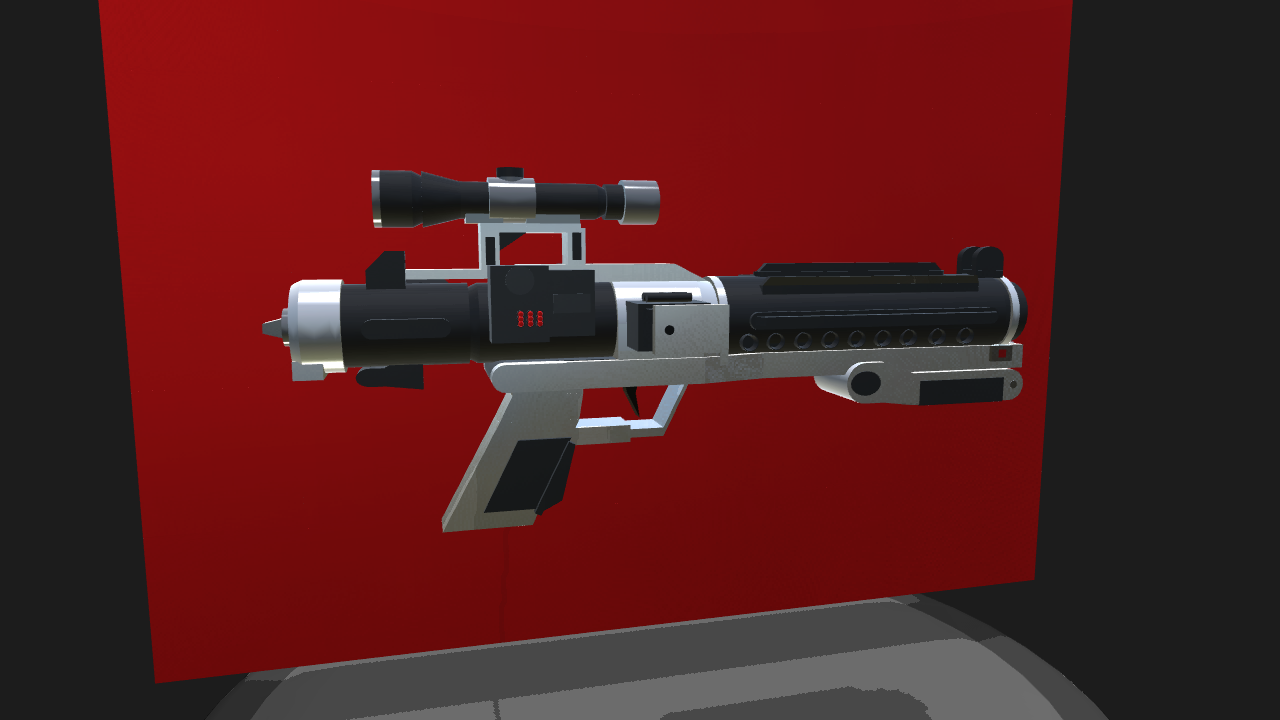 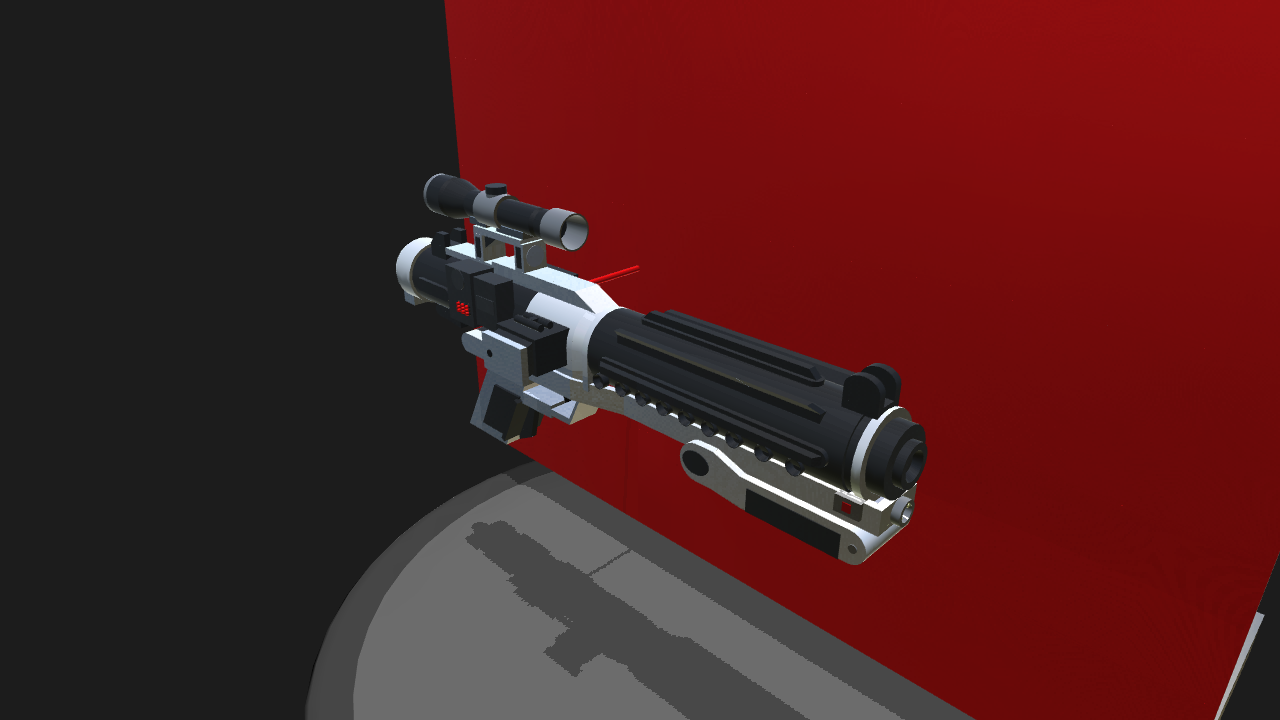 This is the best, most detailed build I have ever done! This is also the first F-11D Blaster from Star Wars in SP! It has lights and to turn on the front flashlight, press AG1. My goal was to get at least 20 upvotes, but know my goal is to beat my old best post (28 upvotes). Enjoy!

The F-11D was a Blaster Rifle made by Sonn-Blas Corporation (a company created by Blastech Industries) as a successor of the E-11 Blaster Rifle used by Imperial Storm Troopers. The F-11D was the First Orders standard issue blaster rifle. The blaster rifle was equipped with a eight power J19 electroscope with low light capability. The pistol grip and foregrip both had magnatomic adhesion and an itegrated power feed intigator. Unlike the E-11, the F-11D had it's power supply on the right side of the rifle. Because of this, Storm Troopers were able to holster their blasters on their right leg. The blaster had a capacity of 500 rounds and a range of 300 meters. 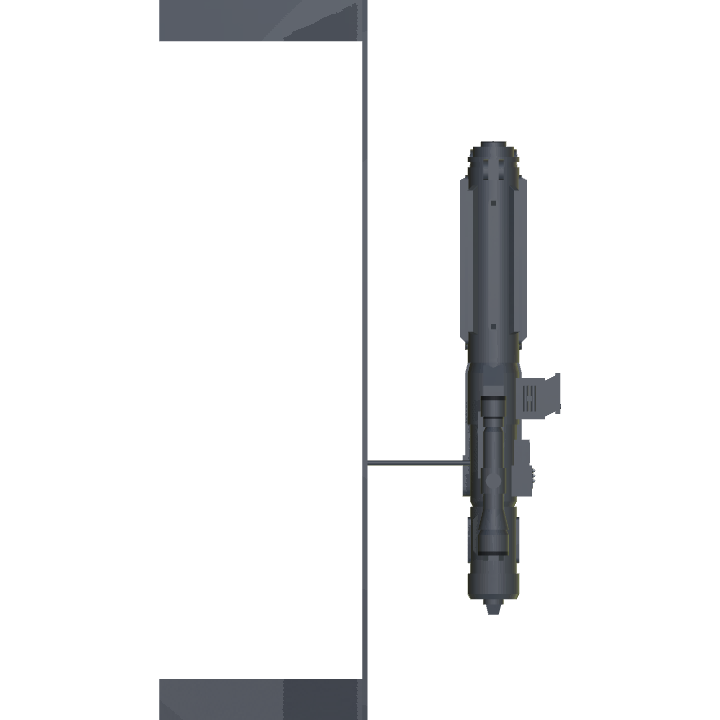 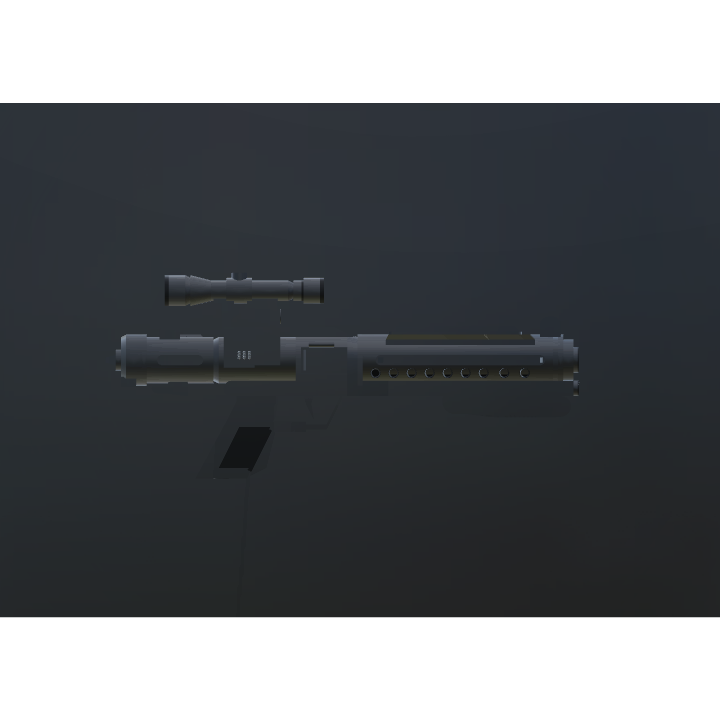 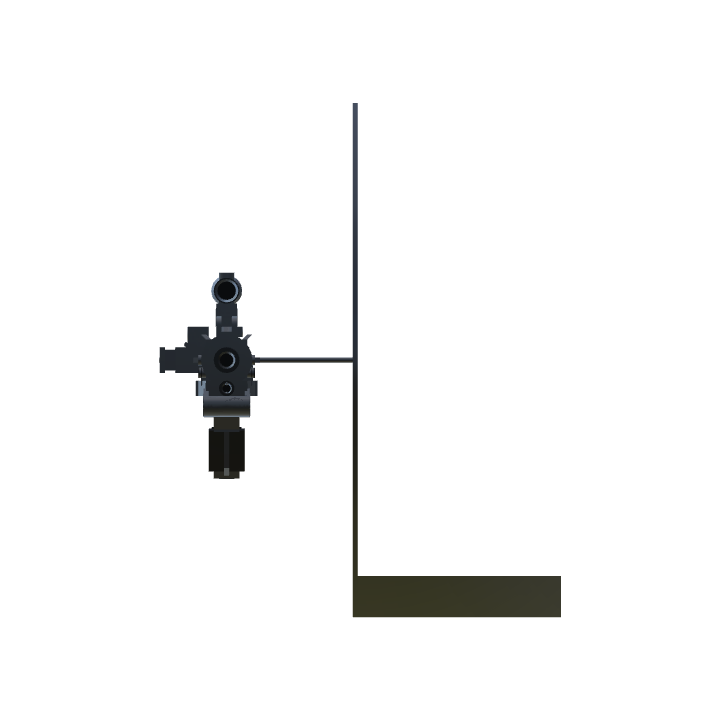