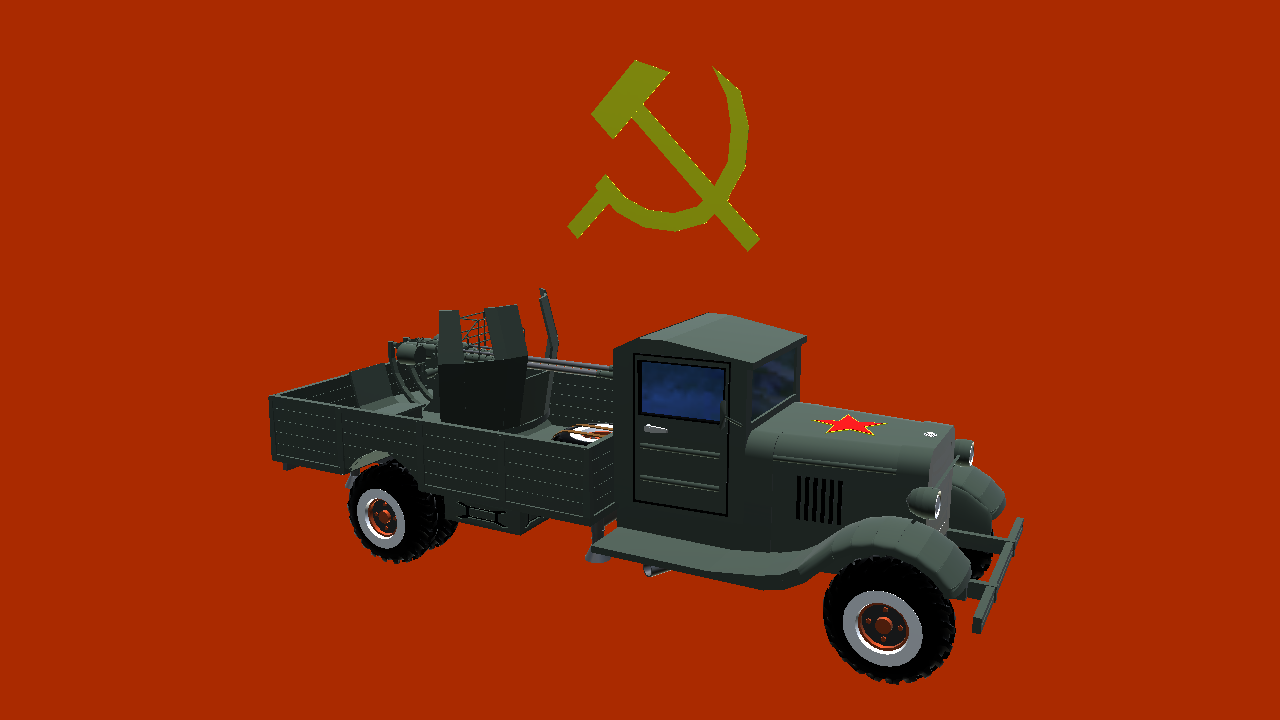 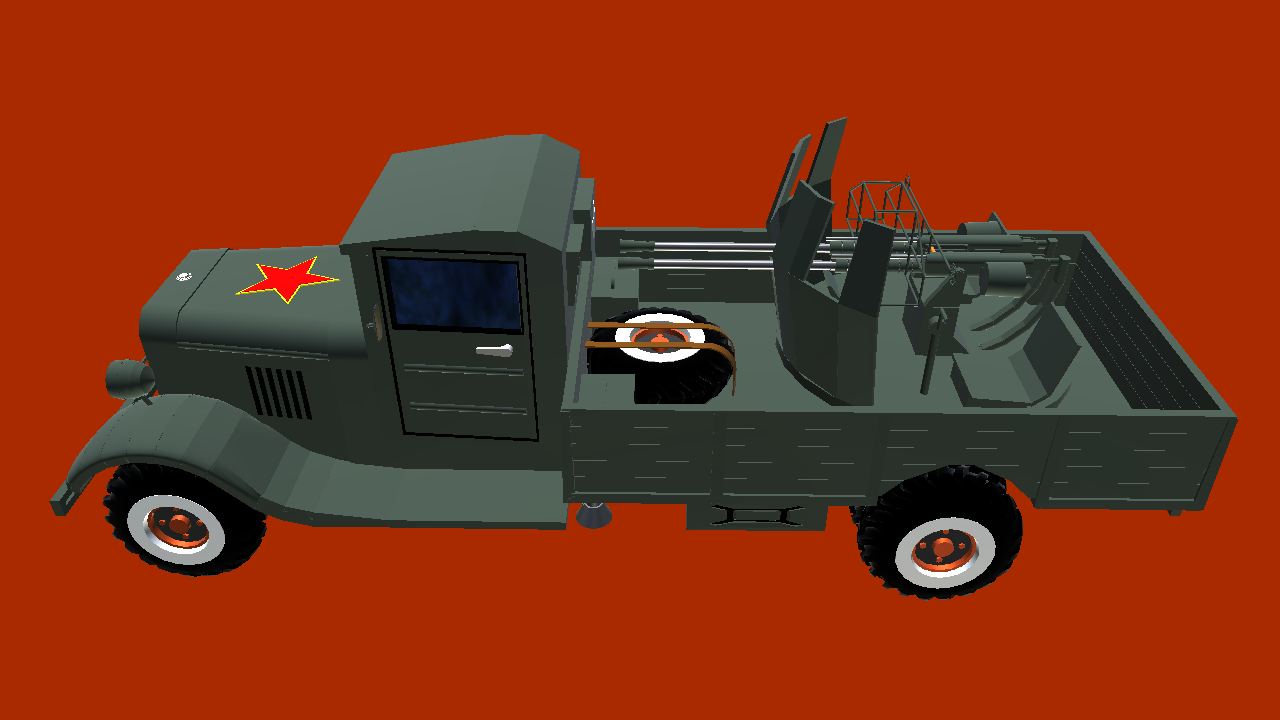 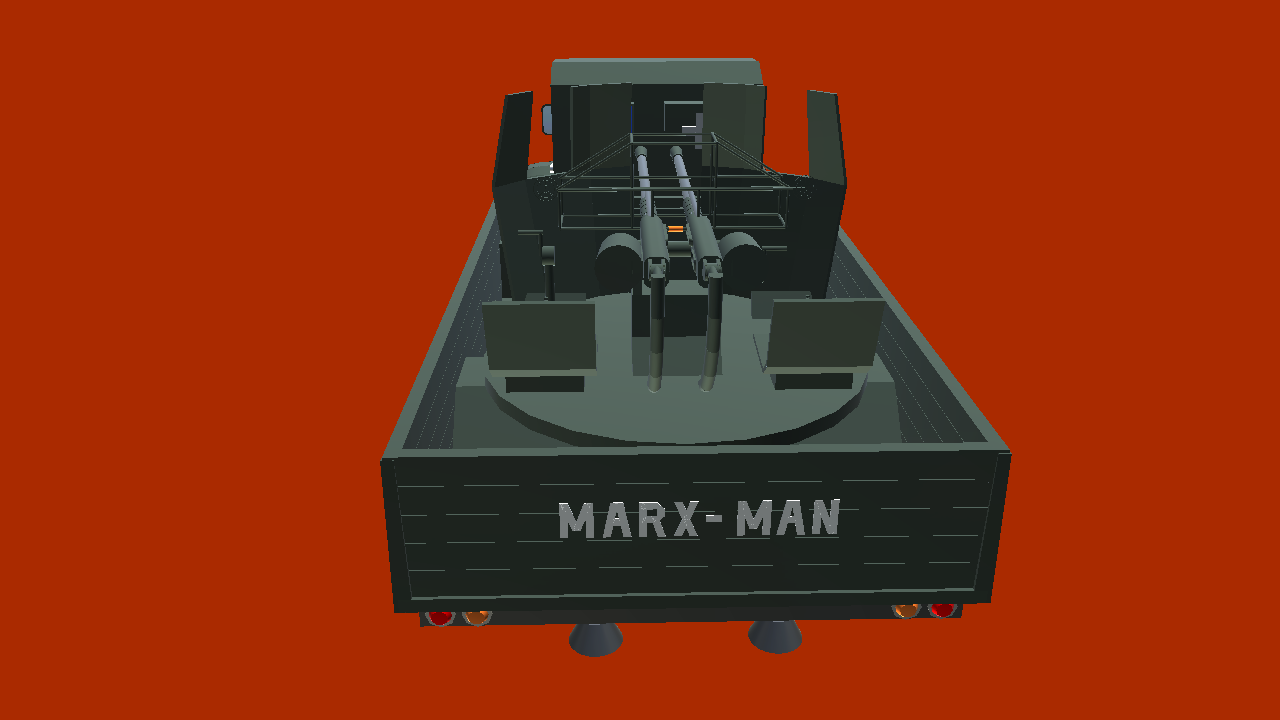 An Anti-Aircraft vehicle based on the ZiS-12(94 Km)
Special thanks to SPMC people for feedback and suggestions!

Soviet Union's old ZiS-12 AA gun is an easy target to enemy infantries and have no armor. So S.E Industries sponsored the Soviet Union with more metal, which helps the production of a newer AA vehicle which is the ZiS-12(25-SE). It can take down bombers or fighters with few shots. It features shield on the front that provides protection against small arms fire(up to 7.62mm)when shooting at infantries or light tanks.

ZiS-12 fitted with 25-SE 25mm twin gun shielded turret made by S.E Industries, holds 20 rounds each magazine, added 2mm armor at engine cowl and on the cabin instead of 1mm. Features 100hp engine on a 4x2 drivetrain. 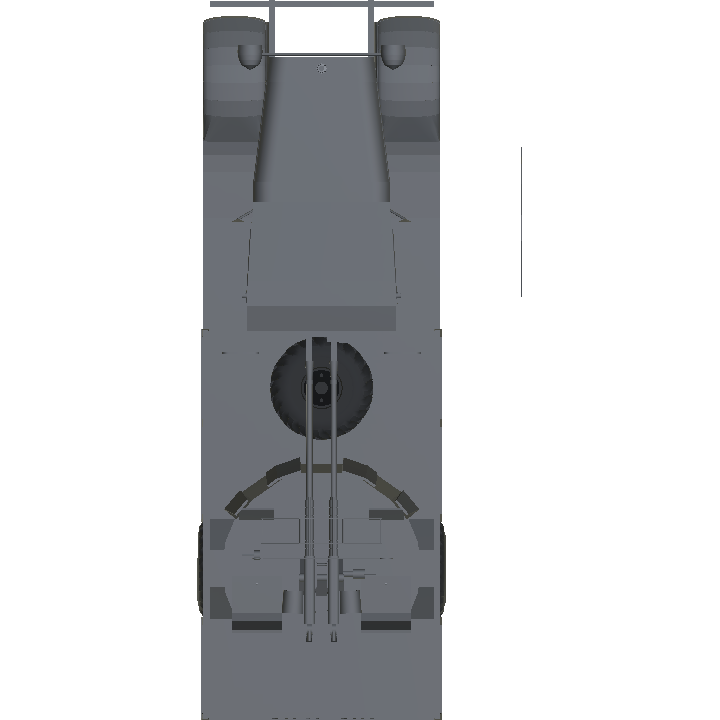 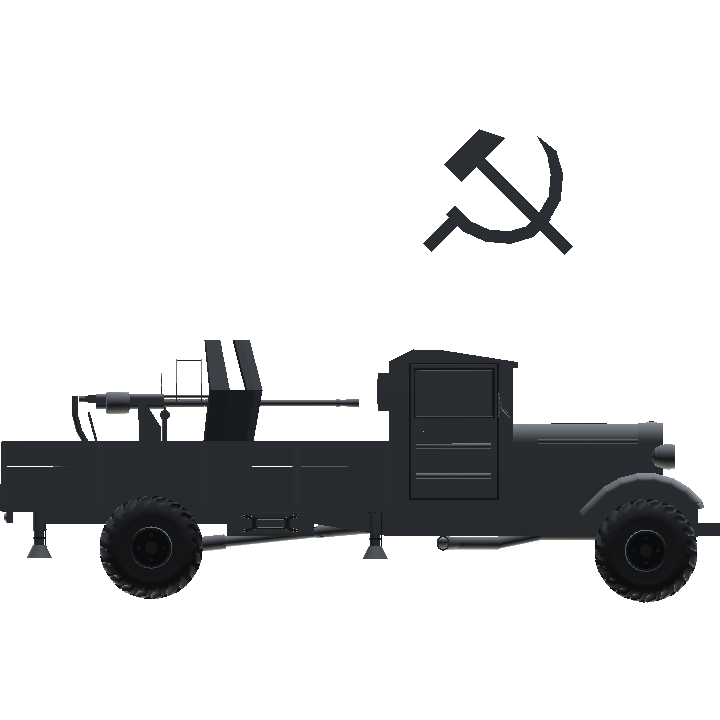