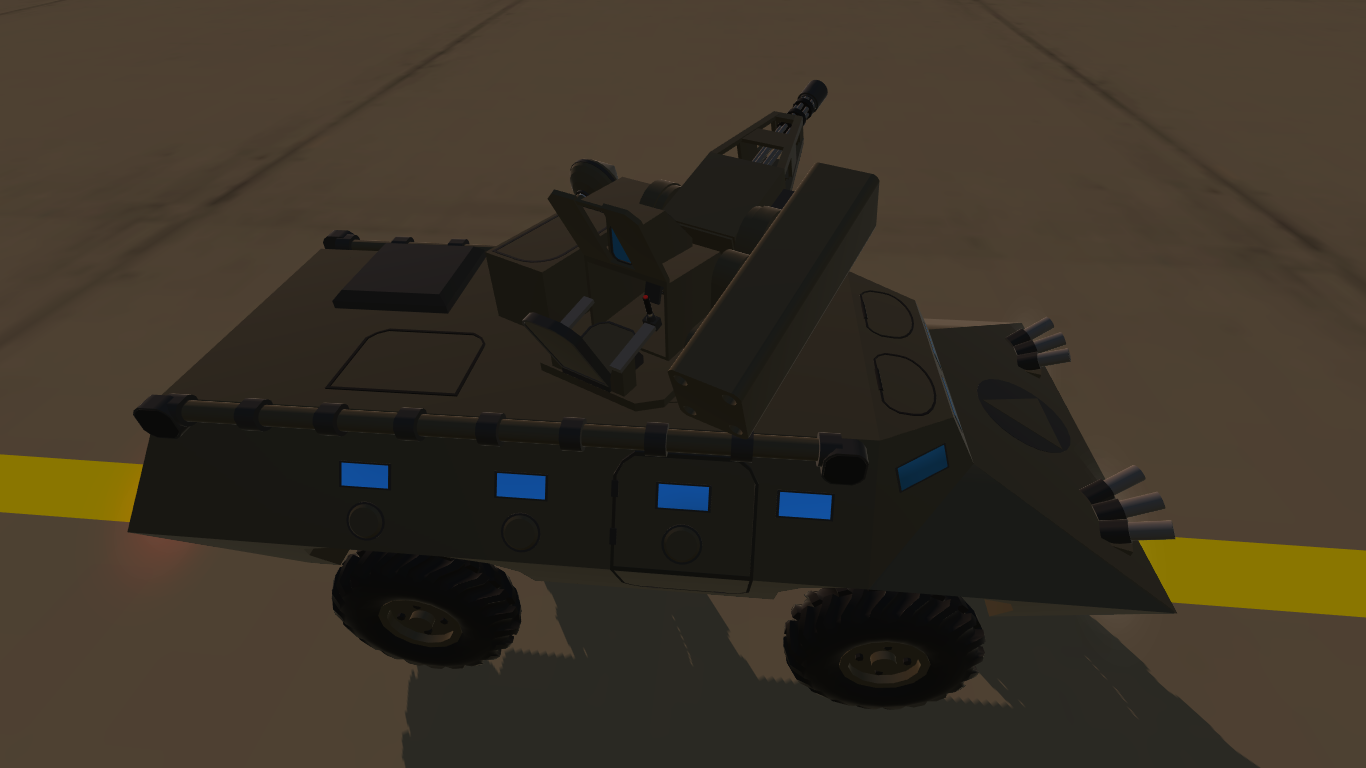 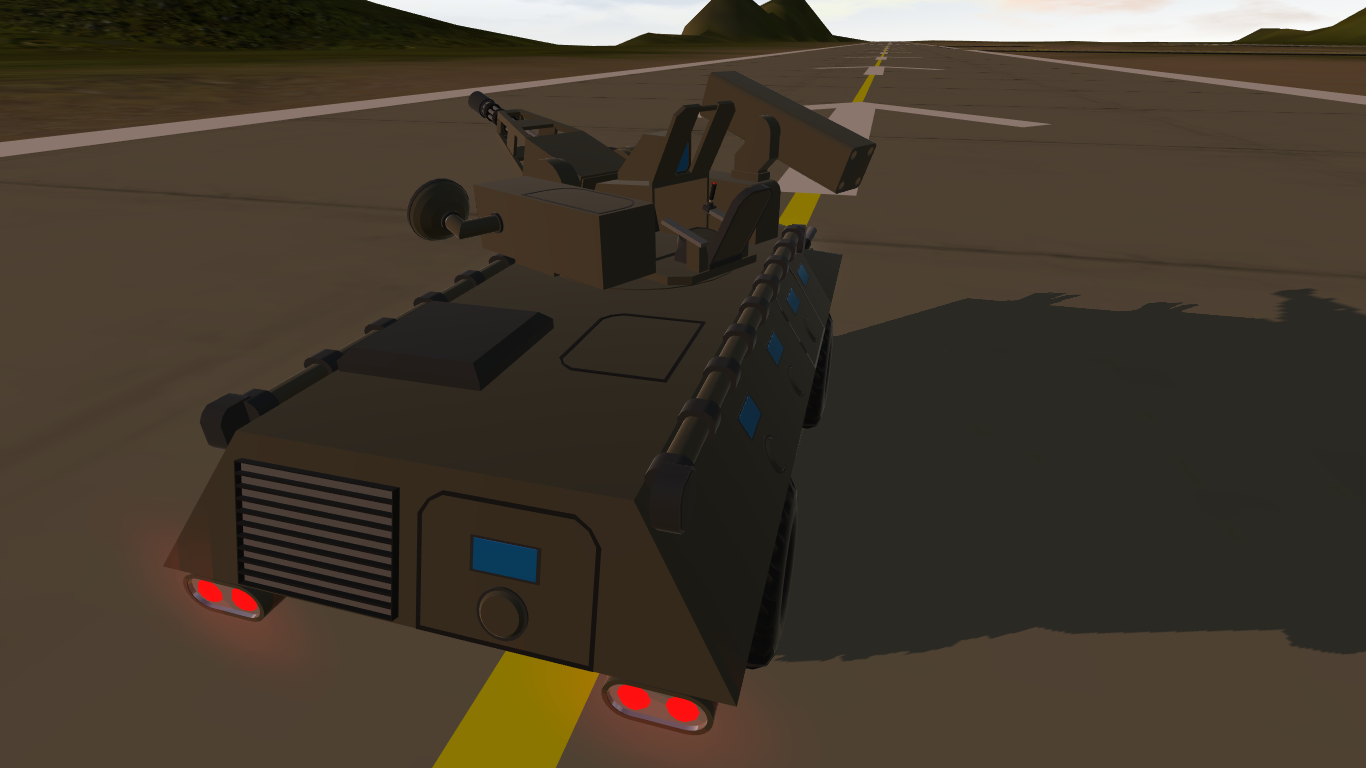 NOTE: Connect wheels to engine or go here for a vehicle with working wheels.

Firing is done through the foot pedals, and the weapons are aimed by joystick to the right. Large red button is the fire control targeting button; all the operator needs to do is put the reticle on target, push the button, and lead will be automatically calculated.

The Sentinel MANPADS has an effective range of 6 kilometers, and an operational ceiling of 4.5 kilometers.

VULCAWS can be fitted to a variety of mounts, including towed and self-propelled mounts. A naval variant exists as well, although has been rendered obsolete by the Phalanx CIWS and is no longer offered. This particular system is mounted to the M1118 Commando armored car, a 4x4 wheeled APC.

Operational History
The VULCAWS entered service in 1968, due to critical deficiencies in Paternian short-range air defense systems. While larger fixed or semi-fixed and long-range surface to air missile systems were successfully developed, self-propelled short-range systems were neglected. Before its introduction, the principal mobile self-propelled AA system was the M45 Quadmount and the M42 Duster, both systems with their origins in the 1940's and even then, considered adequate.

The VULCAWS was intended as a stop-gap measure until Gremlin came into service. While Gremlin itself was a success, it had issues at shorter ranges. Thus, VULCAWS came to supplement Gremlin.

In Paternian service, VULCAWS was rarely used for air defense, given the fact that the Paternian Air Force had a habit of removing the need for such air defense. In foreign service, it frequently supplemented Gremlin systems.

When it did face enemy air threats, the performance is mixed. VULCAWS scored few air kills in the instances it had to engage enemy aircraft due to the low potency of individual 20mm shells. However, it was still considered effective since enemy pilots tended to avoid them.

This was because of the Paternian use of "flak traps" where enemy aircraft were allowed to approach until it was well within the range of these systems, engaging well within the effective range of the weapons. Oftentimes, Paternian batteries would lure enemy aircraft into them by firing "bait bursts" beyond their effective range, tricking pilots into thinking they are fighting an inexperienced gunner.

Pilots quickly learned of these tactics and frequently would disengage when fired upon by the VULCAWS. As a result, the system would score a few initial kills in the beginning, before pilots started flying above the effective range of the weapons. However, this exposed them to long-range missiles fired from the ground or air.

In the late 1980's and early 1990's, the system received the I-VULCAWS upgrade, adding the AN/VPG-55 fire control radar. Later, the system would be provided with the Sentinel missiles in a four-round box, with four reloads carried within. Dark smudge in the distance is the target successfully engaged by Sentinel missile. 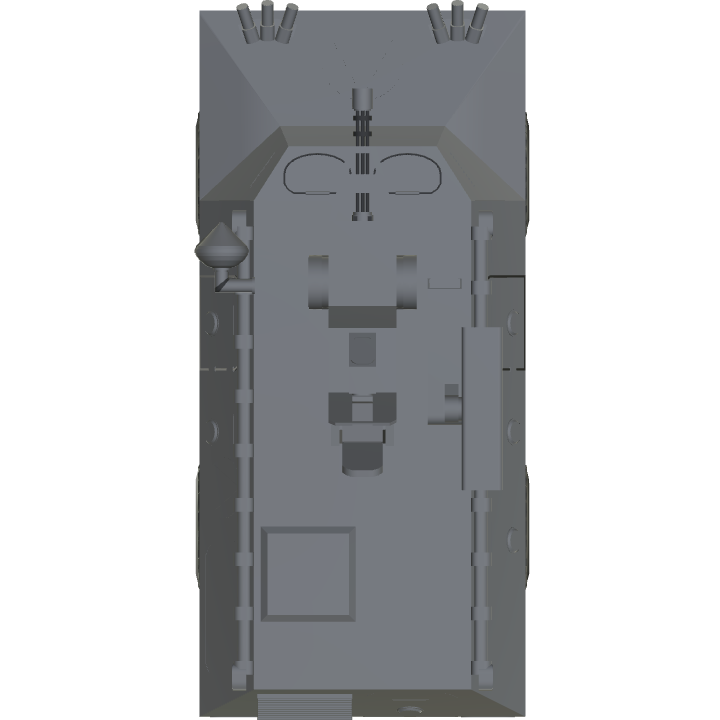 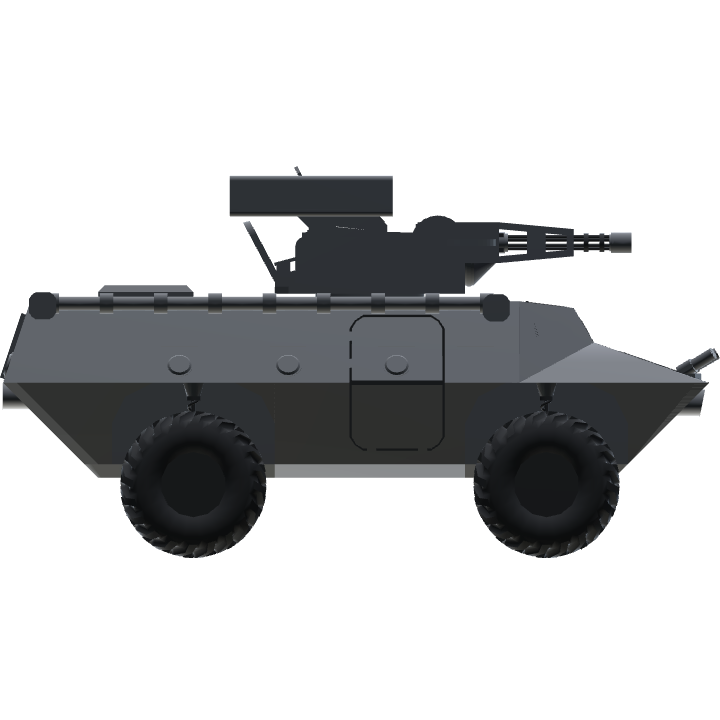 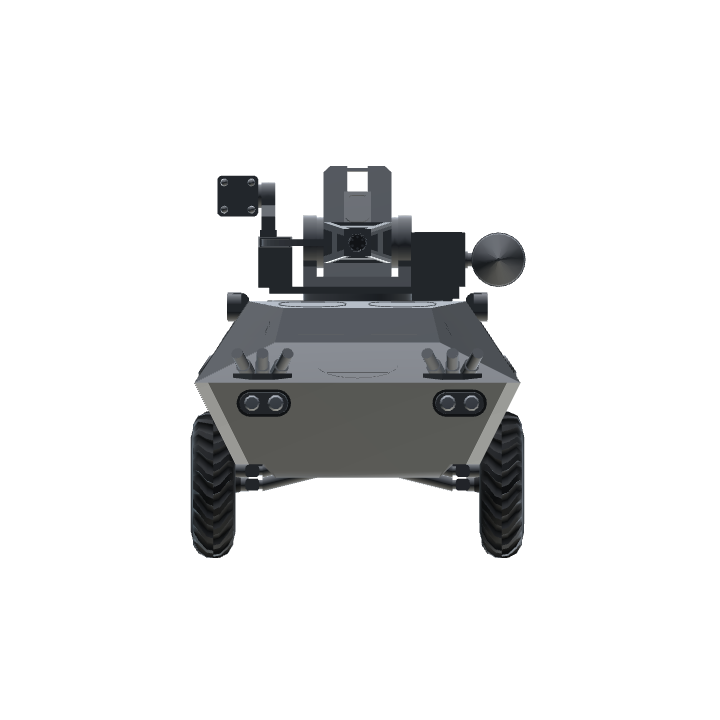