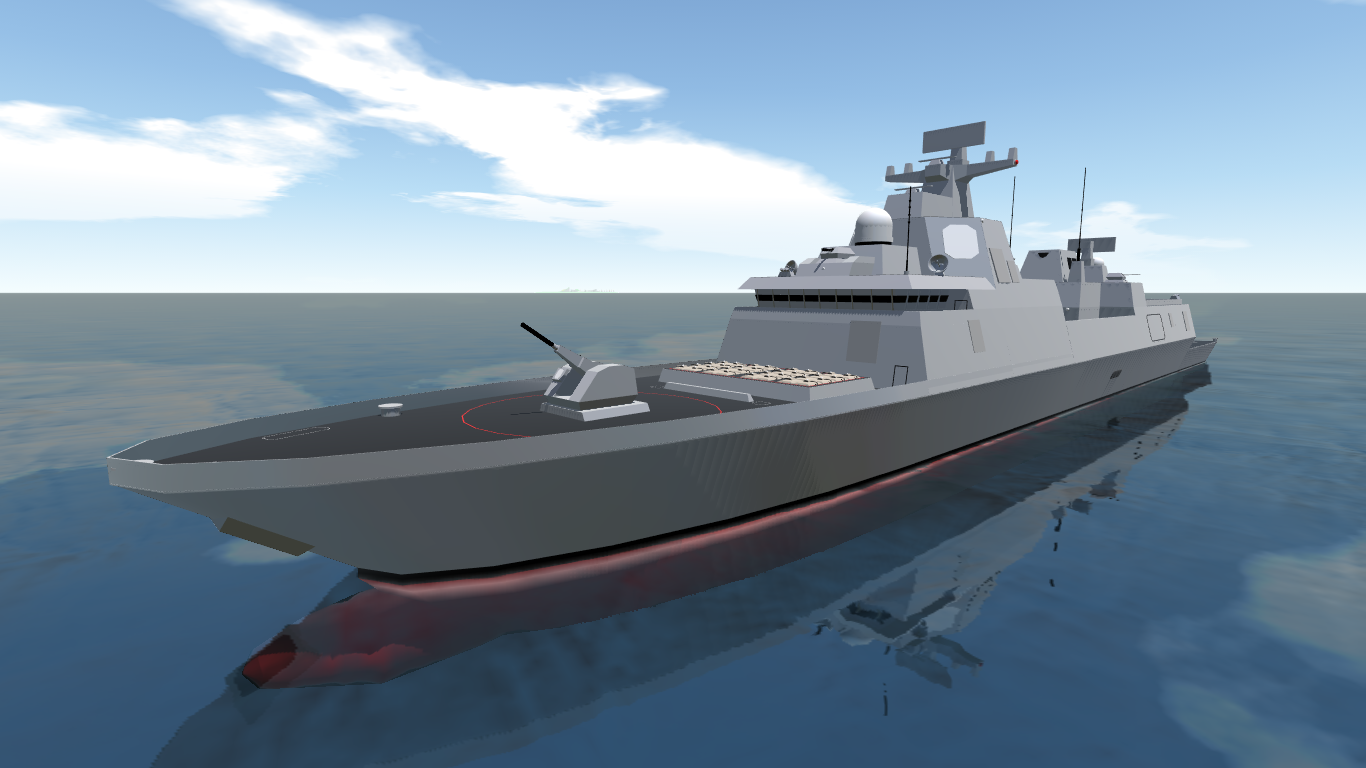 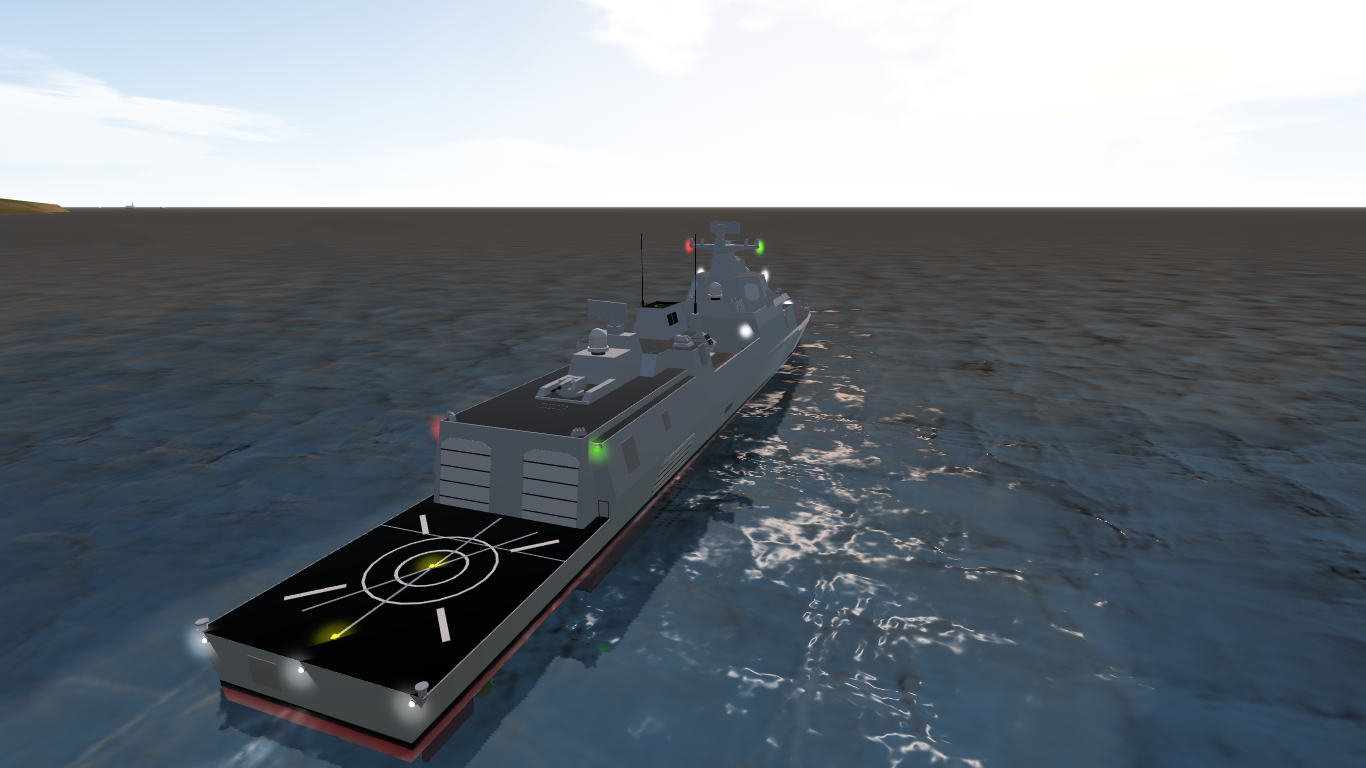 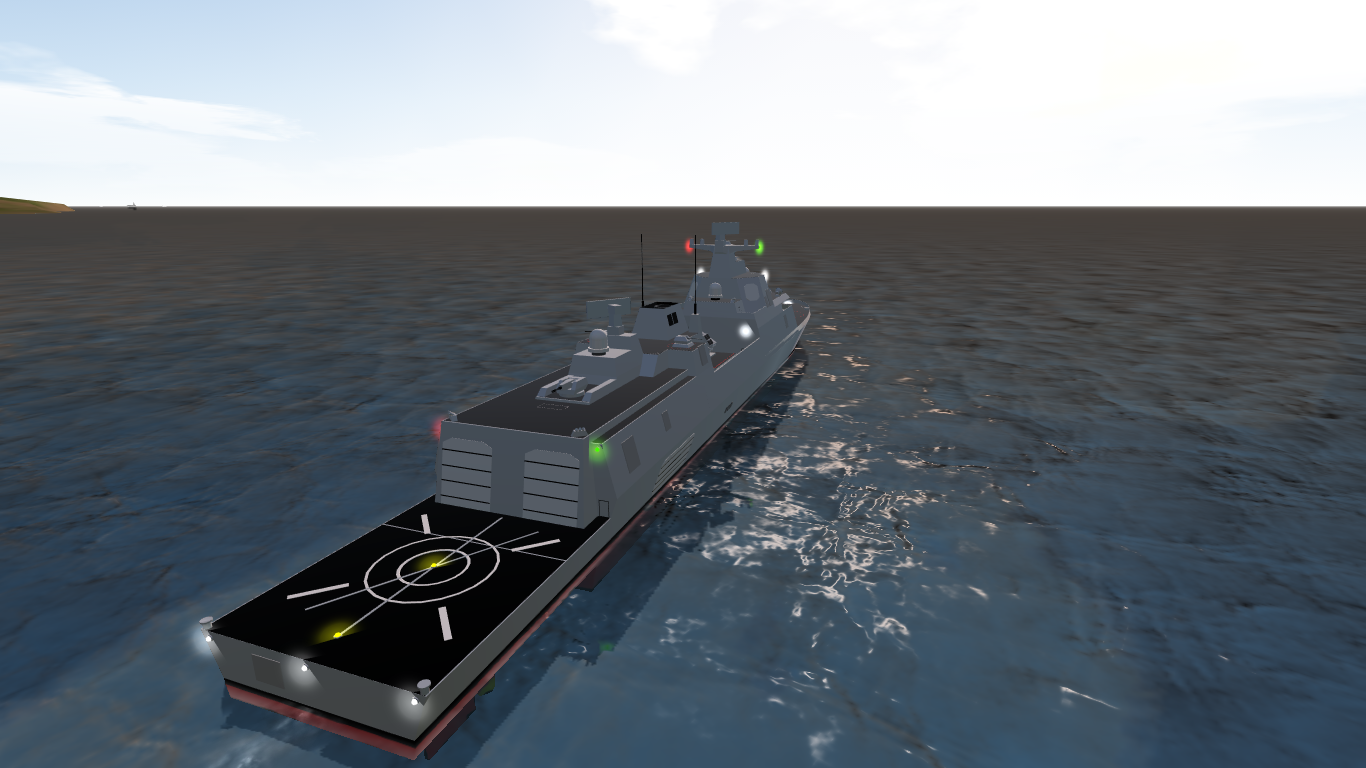 Just Ignore the 2nd and the 3rd Picture

The Maywar Class Missile Guided AEGIS Destroyer(DDG) is an Anti-air Focused Destroyer of the Republic of Fixlion Navy (My Fiction Nation), after the introduction of the new Glorious class Carrier, the navy also want to strengthen their Destroyer fleet, and having a ship that can be used for defenses, the navy planned to build 12 destroyers

The Maywar class is an Anti-Air AEGIS Destroyer or a Defensive Focused Destroyer, the ships primary role is for defenses such as Anti-Air, Ballistic Missile Interception, Escort mission and Anti submarine Warfare, The ships will serve as a carrier escort for the Glorious class CVN,

1x Vulcan 20mm CIWS Mk25
the Vulcan 20mm is a Light CIWS mounted on the front, used to defend the ships and shoot down nearby aircraft
AG2 to Activate

1x KG-109 37mm CIWS mk20
KG-109 is a Heavy CIWS, Used to Defend the carrier and shoot down Nearby Aircraft, the CIWS will start targetting Aircraft At Range of 6km with effective range of 4.5Km, it located on top of hangar , rear of the ship

2x Tako 57mm AutoCannons
The TAKO 57mm Auto cannons serves as a secondary weapons, it can be used to shoot ships and aircraft, Located in the middle section of the ships

2x 4x Marlin Anti-Ship Missile Launcher Mk20
An anti-ship missile, a single of it is enough to sank a large destroyer

The ships are equipped with the lastest radar and electronic system, Such as ASR-690H Air Search Radar and ANG-09 AEGIS radar,

it powered with 4x BMB-1090 Turbine Engine which can powered ship with max speed of 42 Knots, (Fast..)

also it has Countermeasure!!

AG6-i dont remeber what is this for, but i think it had no function 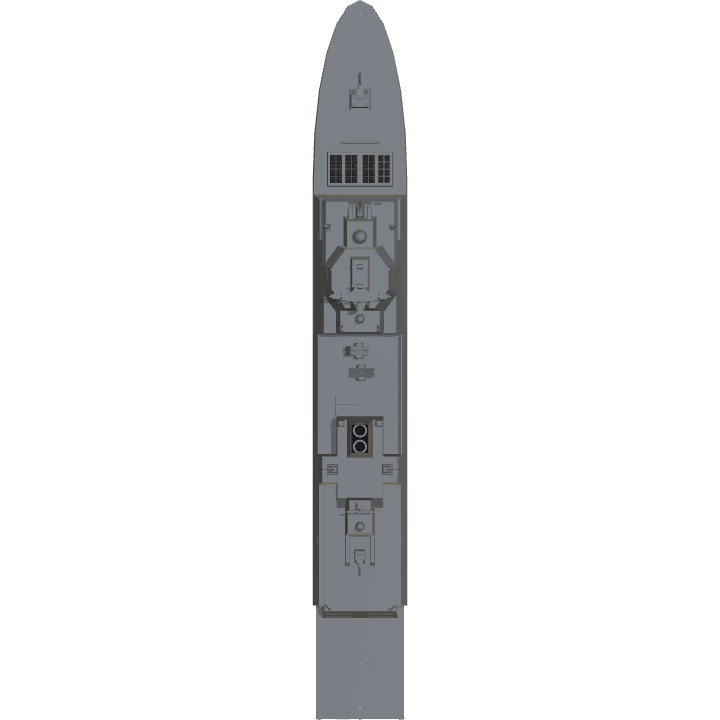 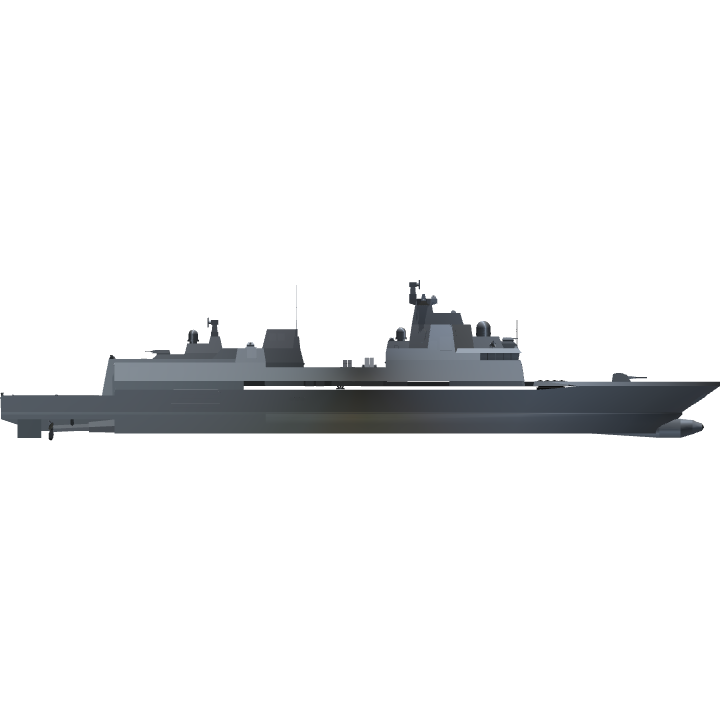 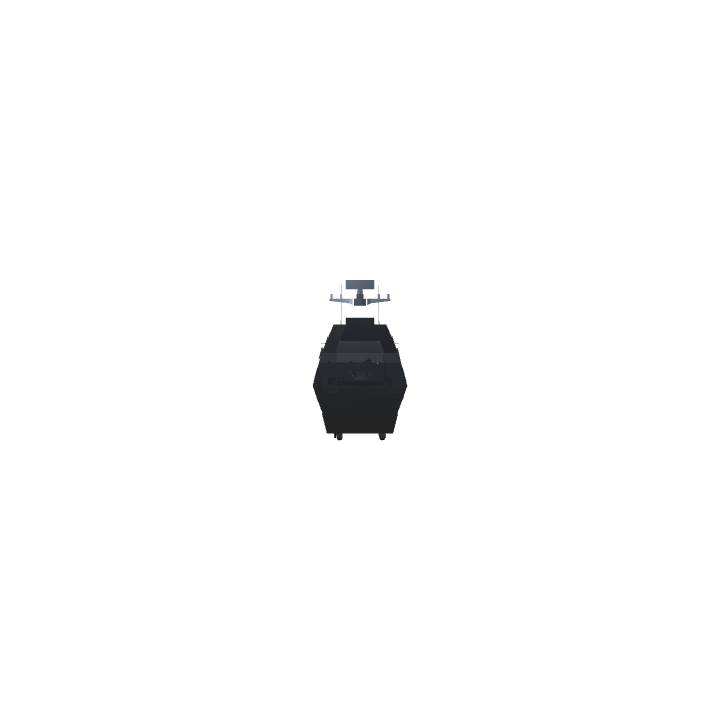