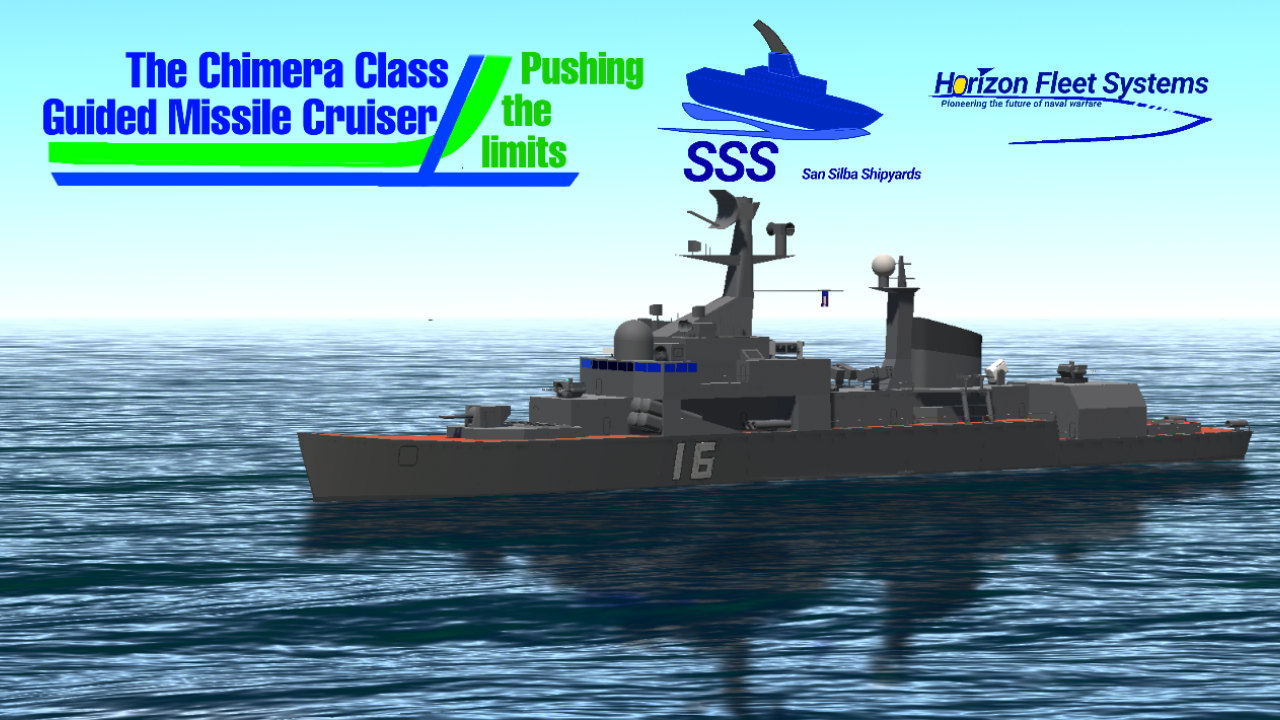 Designed by Horizon Fleet Systems and built by San Silba shipyards, the Chimera class Guided Missile cruiser is the largest and most heavily armed surface combatant in durvice with the Erandian Navy since the decommissioning of the Tanager class Battlecruisers.

ERN Chimera in rough seas, on her way to Jathiwa to receive her CIWS.

Planned ships of the class:

Only ERN Chimera is in service, serving with the northern fleet. ERN Basilisk is undergoing sea trials, and all other ships are being built.

1000 parts, and an average of 6 Frames per second. This ship is based off the Russian Sovremney class Cruisers/Destroyers. This ship was a secret project, with a total of 8 people knowing about the building of this ship when it was in its early stages. Hopefully, you understand the sheer amount of time to get this ship perfected. I went all out on detail on this, with railings and doors and the like. Enjoy! 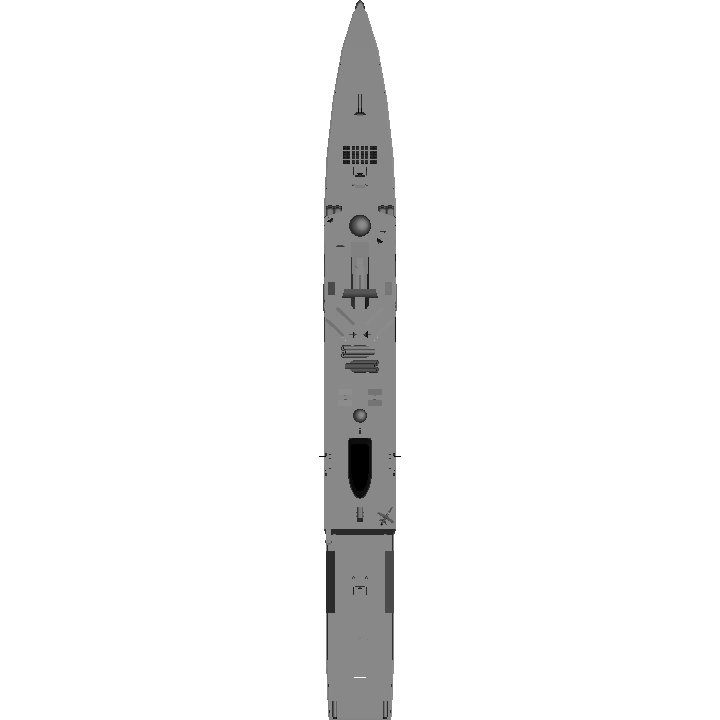 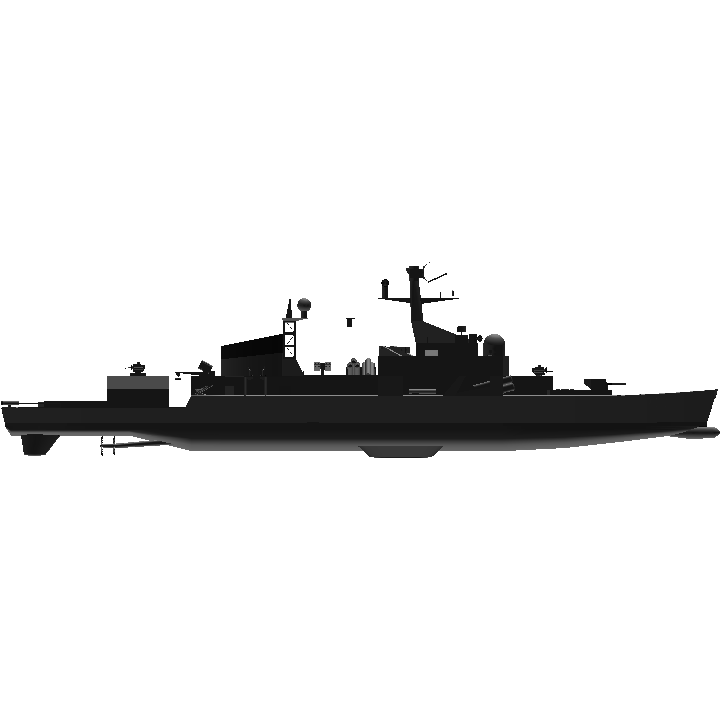 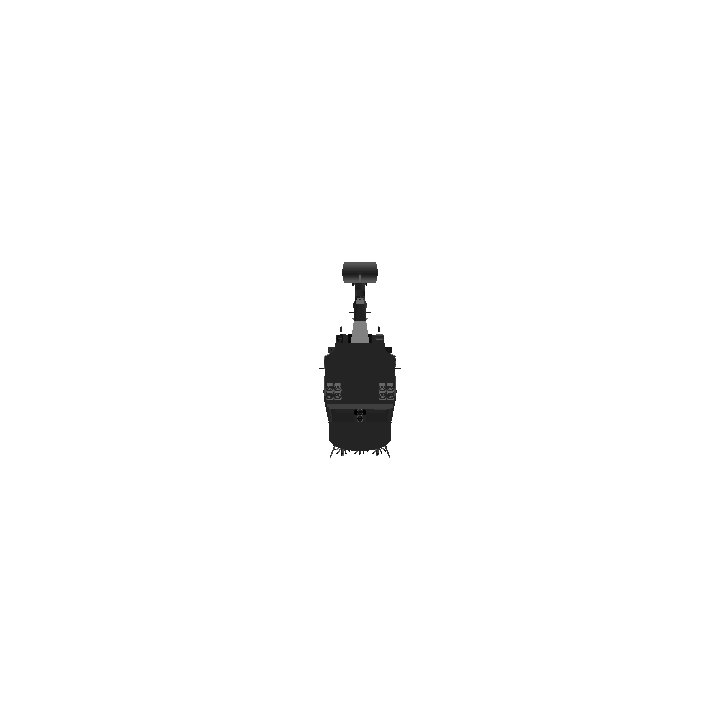