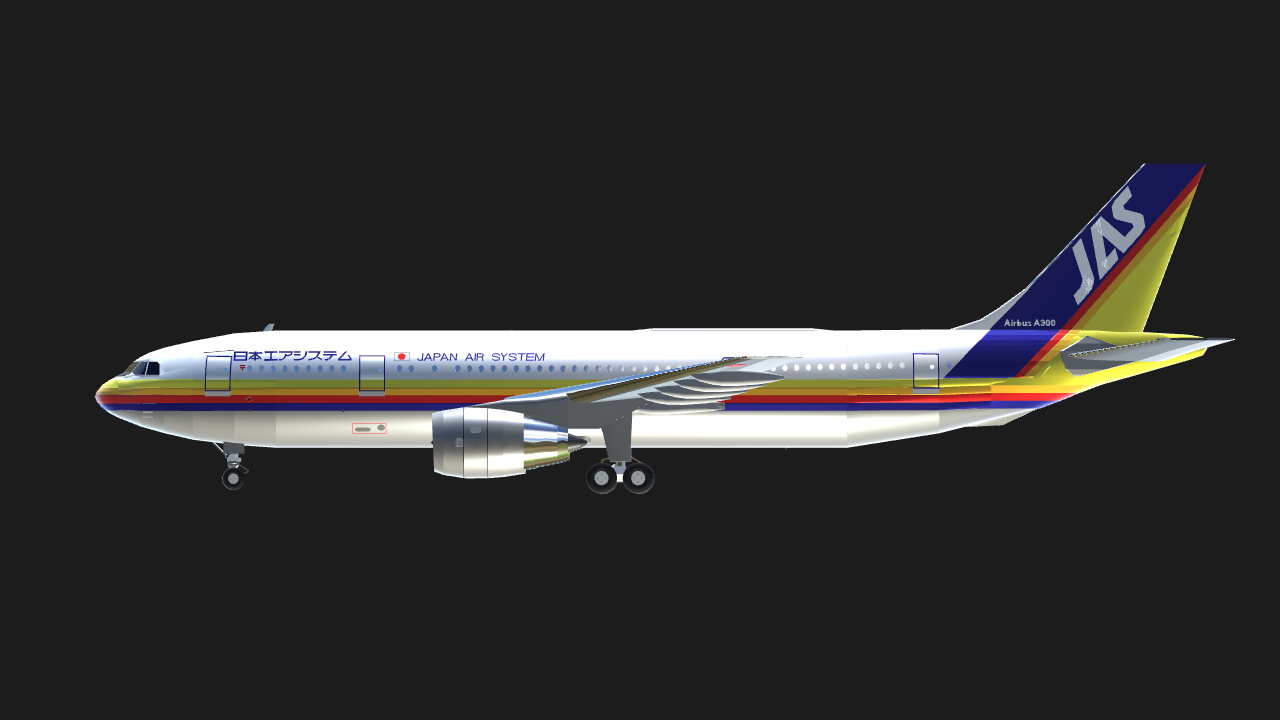 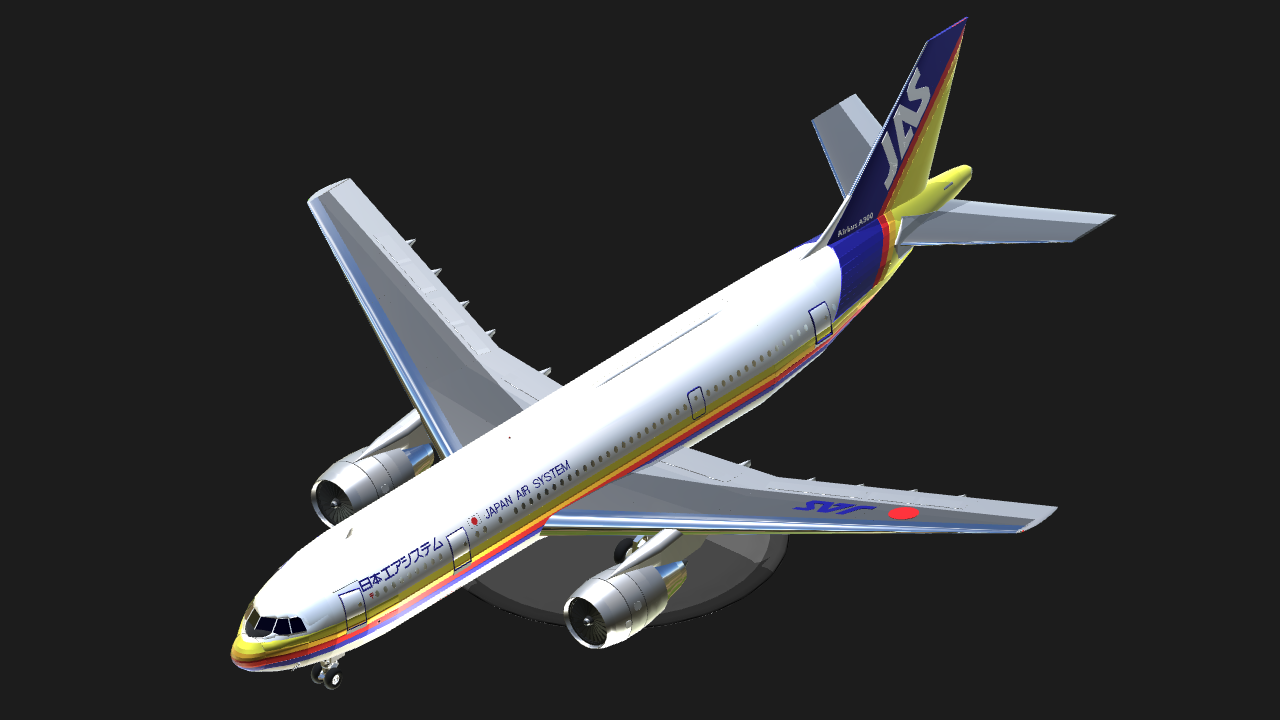 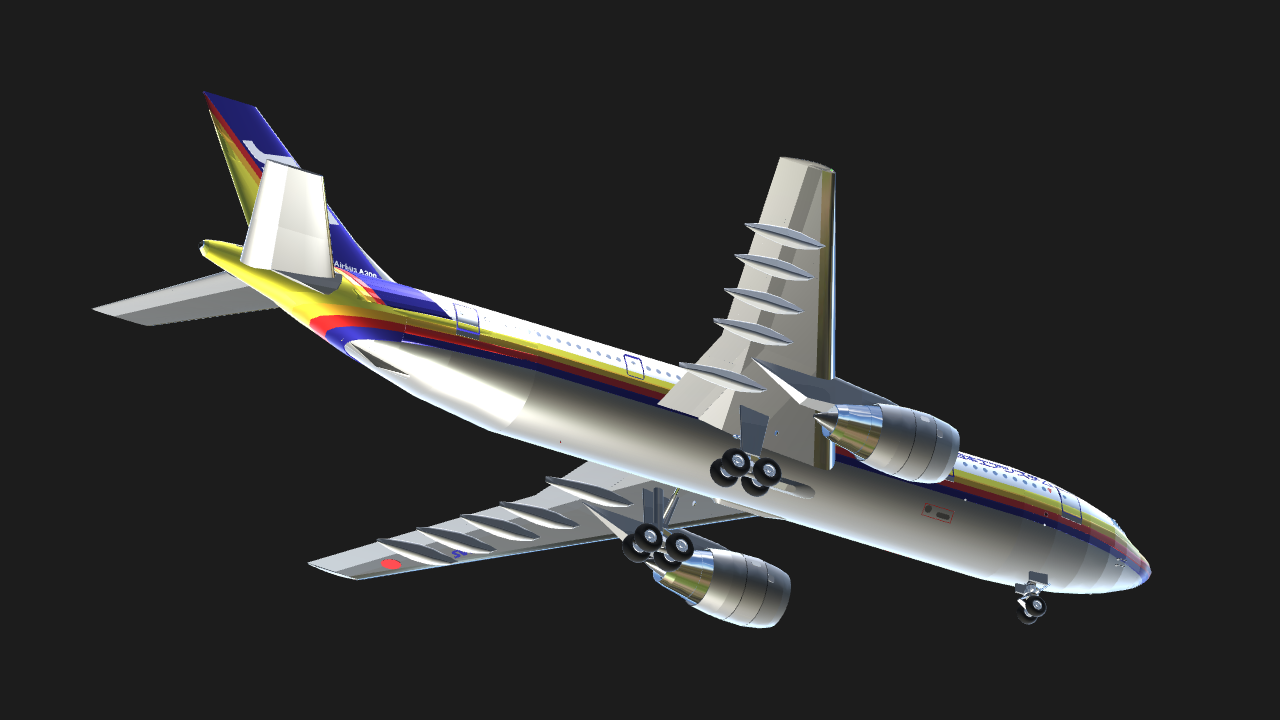 Wiki
A300
The Airbus A300 is a discontinued wide-body airliner developed and manufactured by Airbus. In September 1967, aircraft manufacturers in the UK, France, and West Germany signed a Memorandum of Understanding to develop a large airliner. Germany and France reached an agreement on 29 May 1969 after the British withdrew from the project on 10 April 1969. European collaborative aerospace manufacturer Airbus Industrie was formally created on 18 December 1970 to develop and produce it. The prototype first flew on 28 October 1972.
A300B4
The major production version features a centre fuel tank for increased fuel capacity (47,500 kg) and new wing-root Krüger flaps which were later made available as an option for the B2.[58] Production of the B2 and B4 totalled 248. The first A300B4 (the 9th A300) flew on 25 December 1974 and was certified on 26 March 1975. The first delivery was made to Bavaria Germanair (which later merged into Hapag Lloyd) on 23 May 1975.
In detail JAPAN AIR SYSTEM
Japan Air System was the smallest of the big three Japanese airlines. In contrast to JAL and ANA, its international route network was very small, but its domestic network incorporated many smaller airports that were not served by the two larger airlines. As an independent company, it was last headquartered in the JAS M1 Building at Tokyo International Airport (Haneda Airport) in Ota, Tokyo. It has since merged with Japan Airlines.
The airline's slogan was "Good Speed Always".
In detail 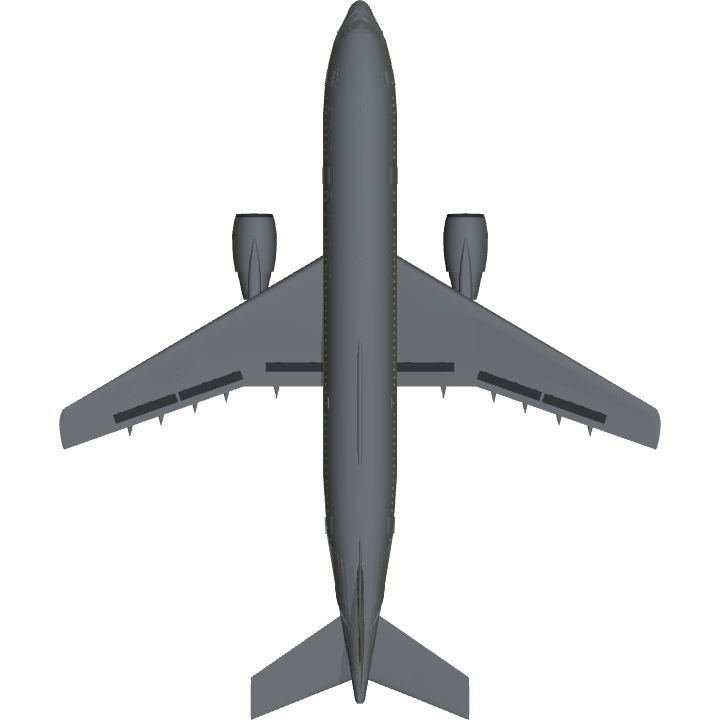 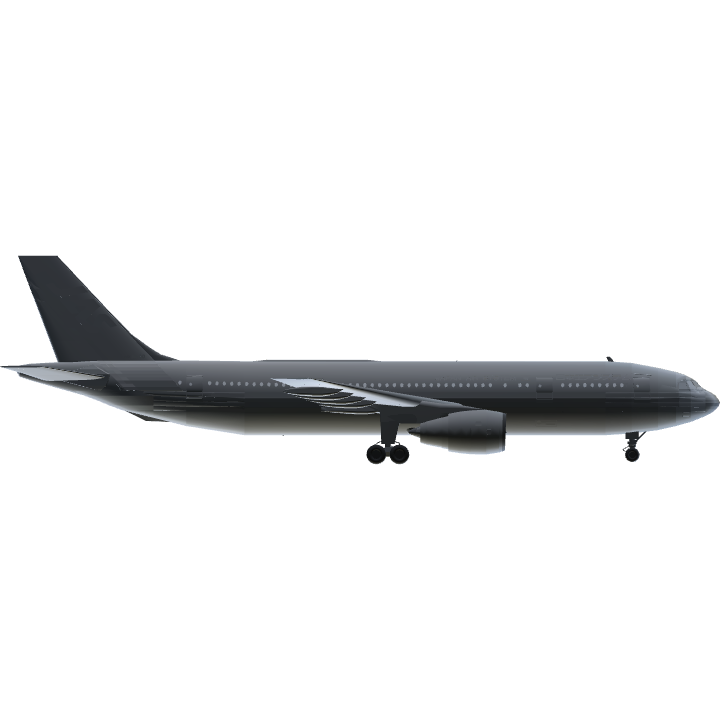 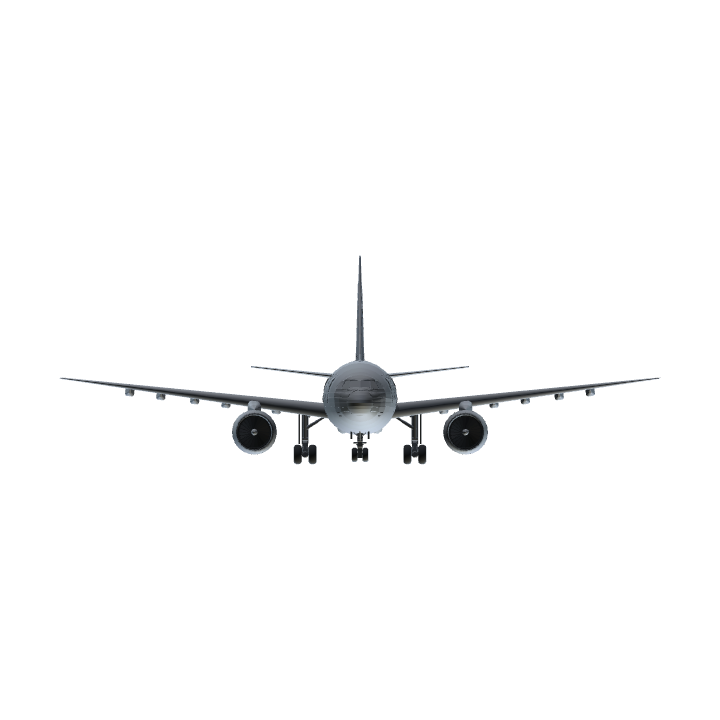