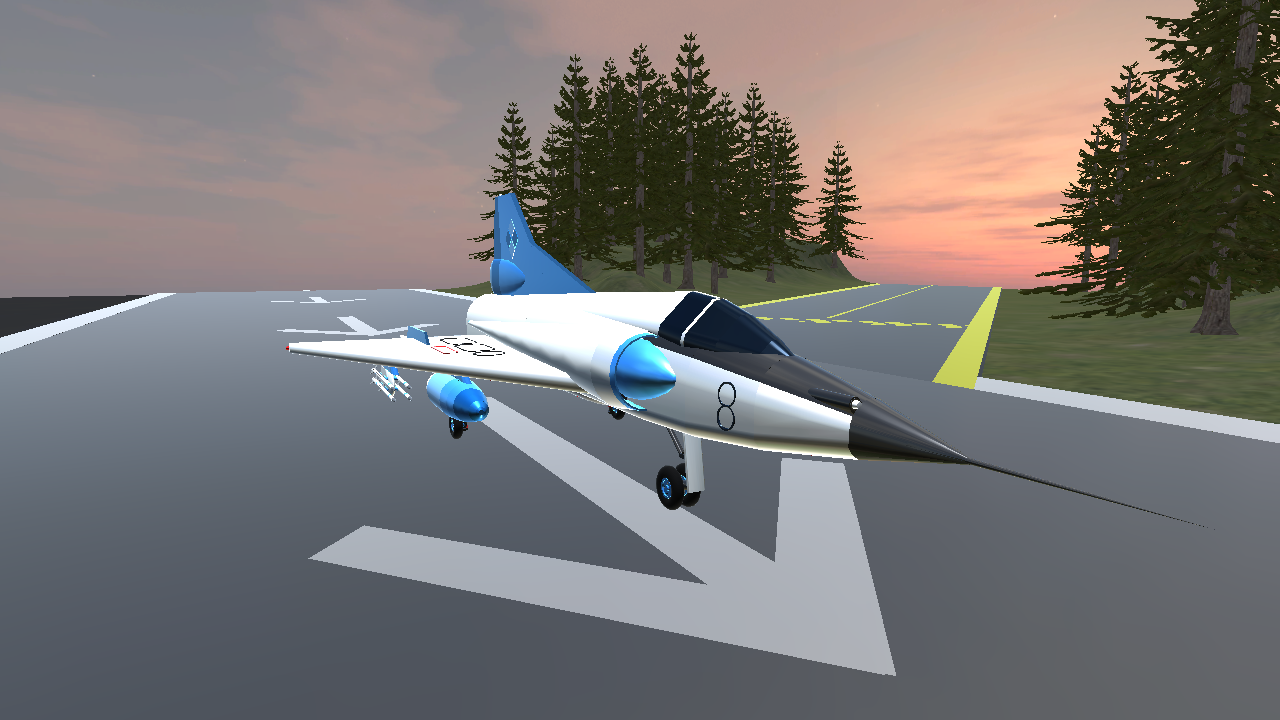 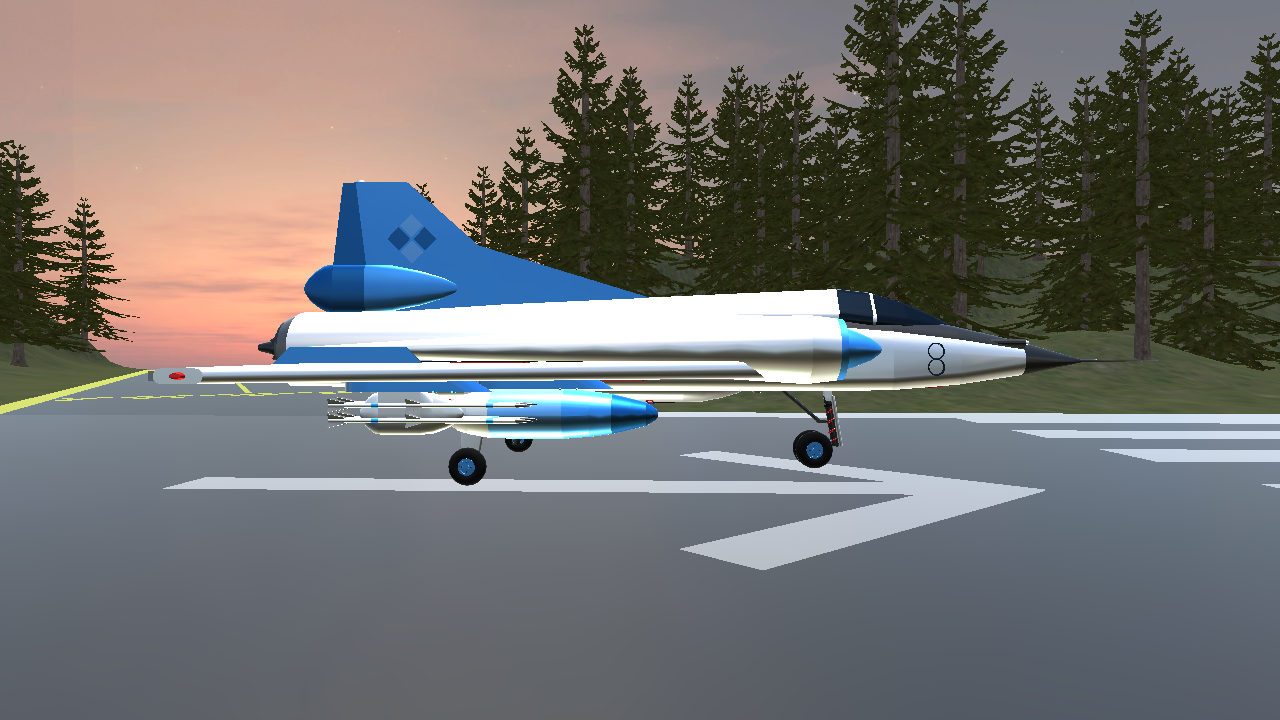 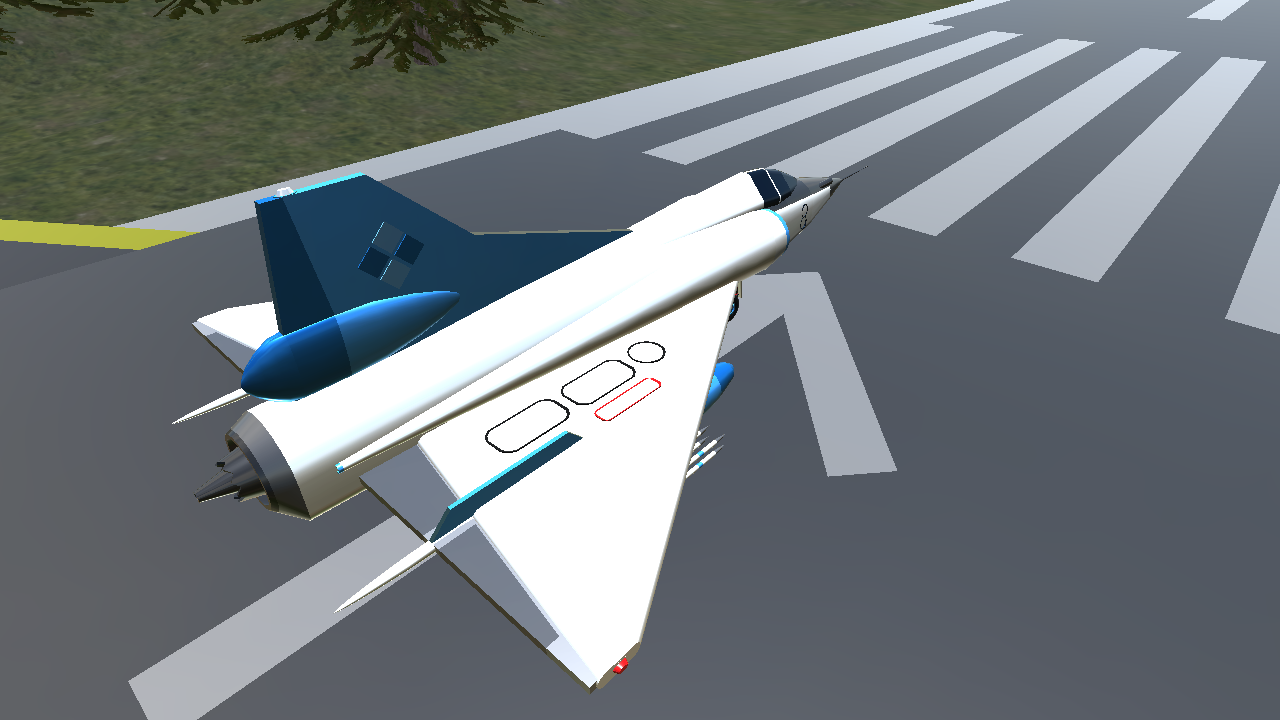 (Two-week project, this is my fourth attempt at building a jet, so constructive criticism is welcome.)

Hello, everyone. This is my first plane of 2018, I hope you like it! But, before I get into the details of the plane, I’d like to thank everyone who’s supported me in the past few weeks/months to get me to where I am now. Four people who were there pretty much all the time were: Phanps, EpicPigster1, RailfanEthan, and Awsomr. Thank you, for all of the support and help you have given me in 2017, and I hope you all have a great 2018.

Windworks aircraft pushed it’s prop-powered aircraft to the limit, and with rising jet-building companies, Windworks aircraft wanted to compete with the recent existing jet fighter aircraft, including aircraft made by M. Corp and Hawk Aviation. Hence, the M.W. 5000 light jet fighter. It could fly at supersonic speeds, but only at an altitude where performance was cripplingly decreased. So, a new engine, and aircraft had to be made. Windworks came up with a powerful engine that could easily surpass 800 MPH at sea level, and with decent performance at very high altitudes. But, unfortunately, the M.W. 6000 Prototype had a fatal issue, when it reached supersonic speeds, its wings collapsed, causing the plane to disintegrate mid-flight, breaking the plane into thousands of pieces. Then, they came up with a simple fix-up, small winglets on the wings. This technique was used on the notorious Mig-15 and Mig-17 fighter jets, and was adapted. The aircraft in the end was much bigger than expected, but they did have another problem, the engine took up all of the inner-fuselage, causing a shortage of fuel. This meant the plane could only fly for less than half an hour, which meant there needed to be alternatives, therefore, the plane had an external fuel tank positioned on the underbelly of the aircraft. This made the plane’s fuel easier to access, making it quicker to refuel on the ground. Finally, fuel booms and missiles were added. After that, there was one last problem. The normal interceptor and guardian missiles were too slow to catch up with other competing aircraft flying at supersonic speeds, which meant the missiles were to be remade, and so they were, and the M.W. 6000 was complete, and ready for battle.

This is my first fully supersonic jet, and my fourth jet ever. Another delta-winged aircraft meets the hangar, and another chapter for jet production opens. It features a delta-winged design and based heavily off of the Delta Dart.

Land with back gear first, and keep them level. Only use brakes and drag chute when both back and front gear have made contact with the ground.

Enjoy, happy flying, and have a wonderful new year! 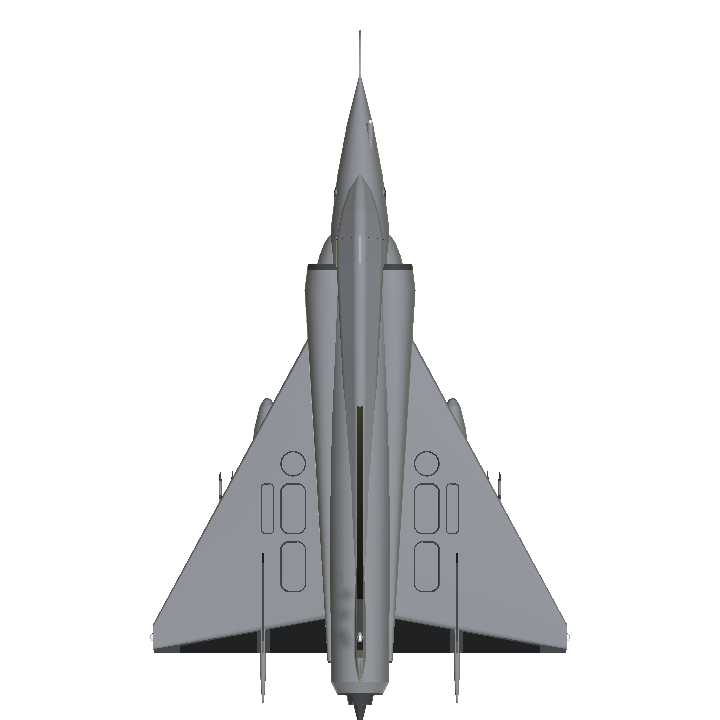 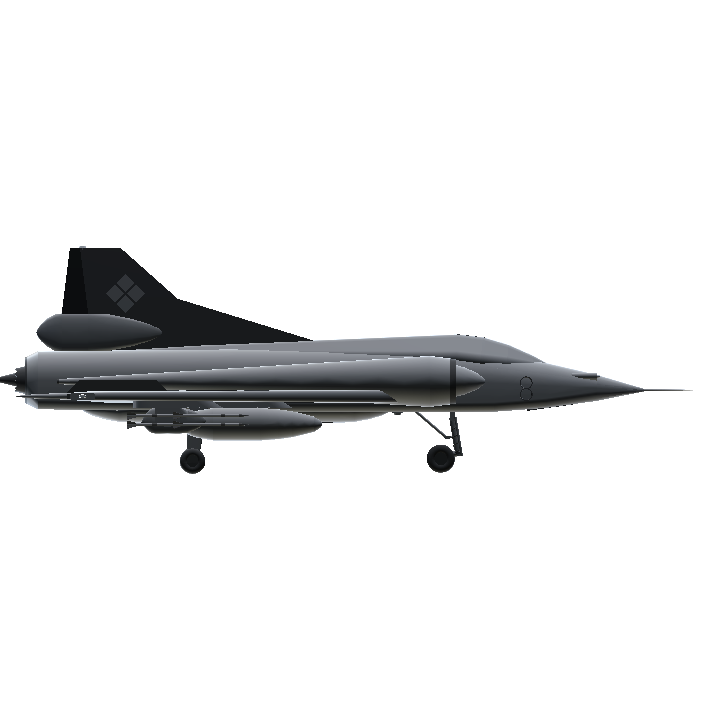 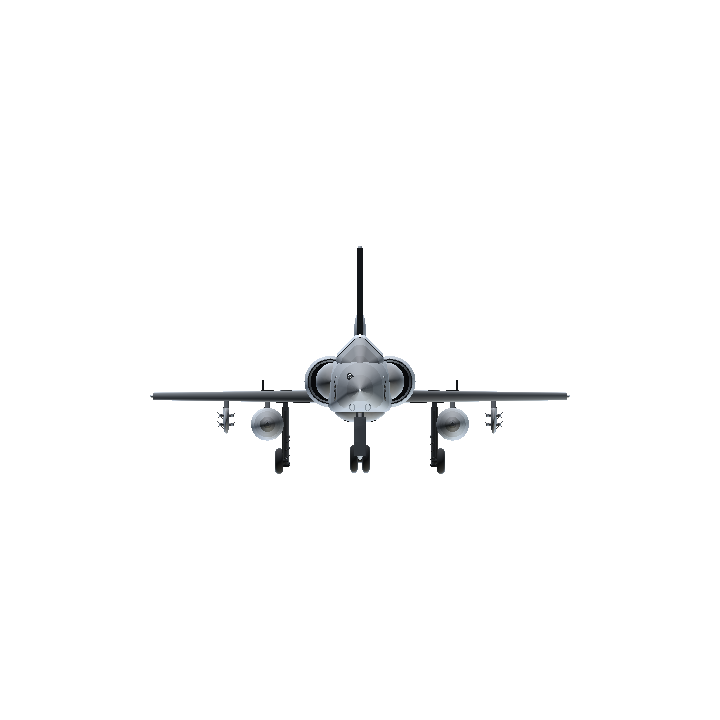