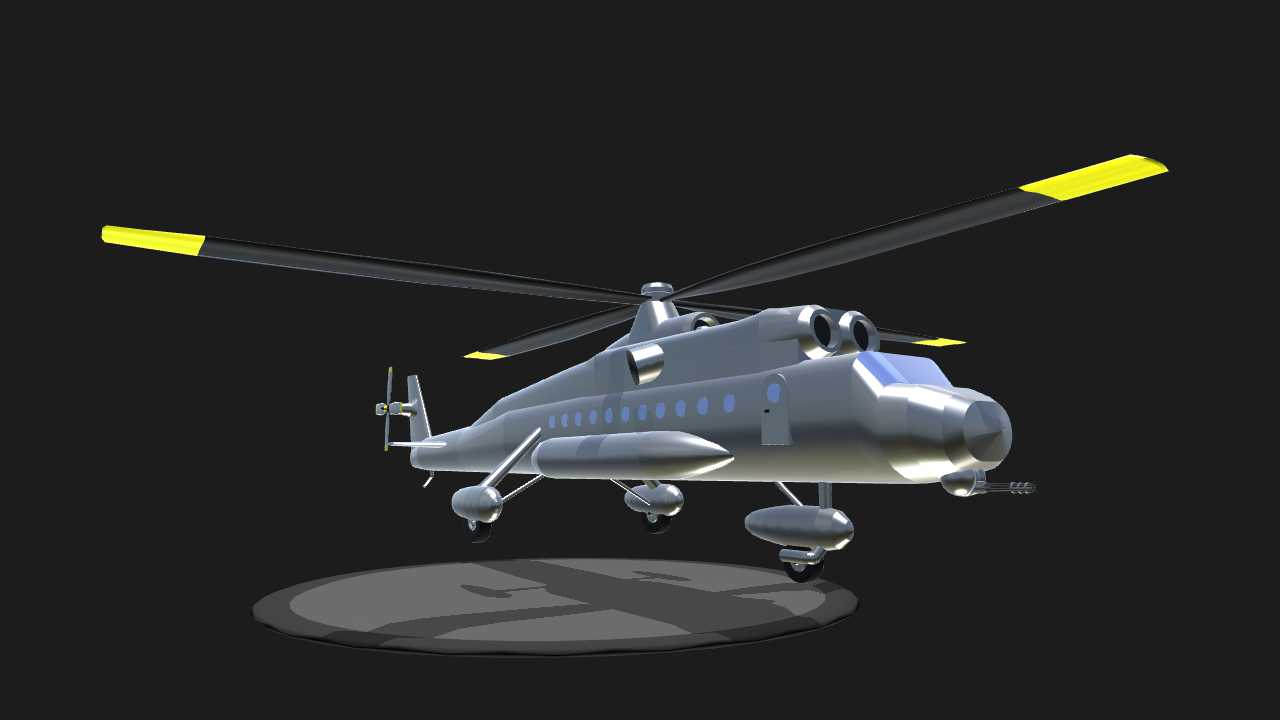 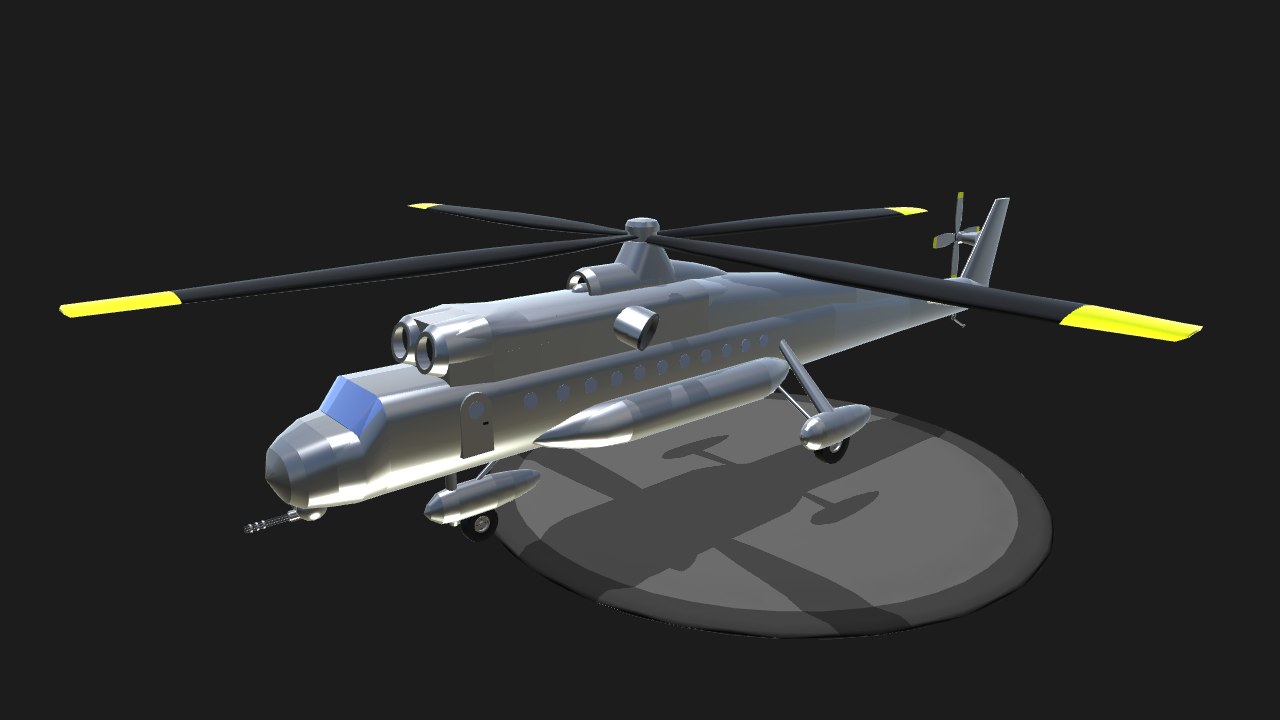 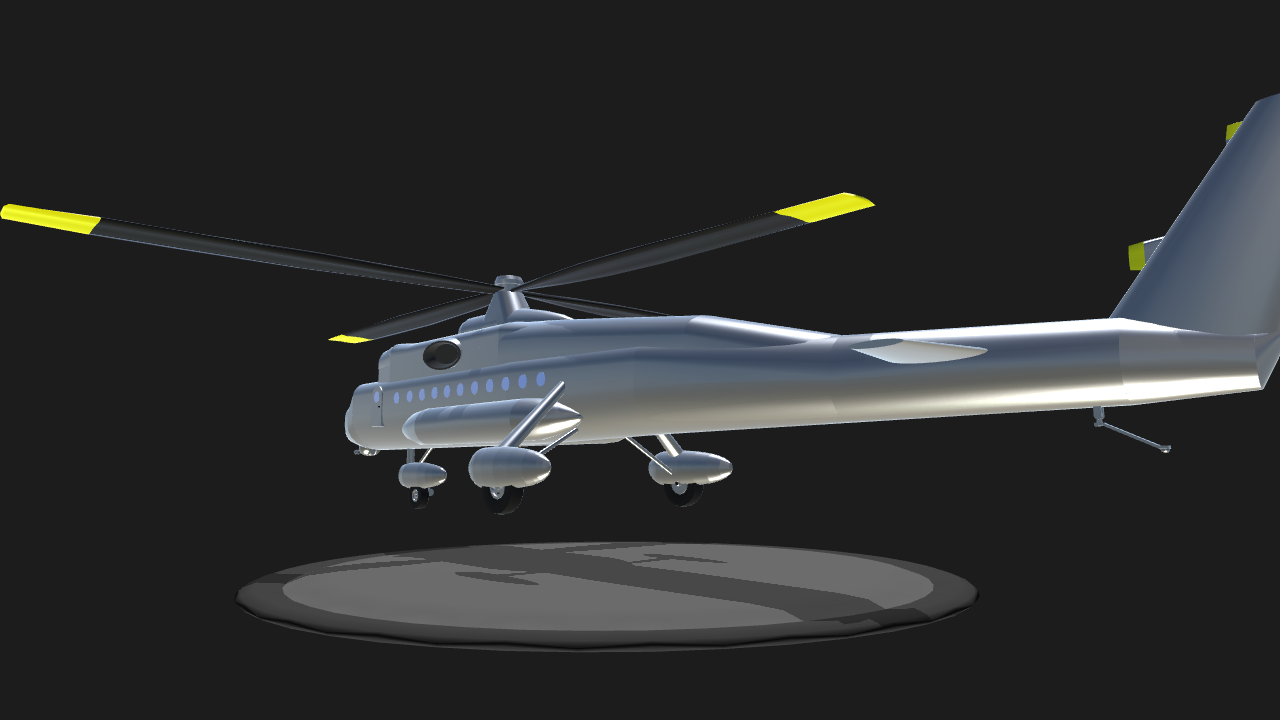 A variant of the Mil Mi-10 cargo helicopter designed in 2035 by the International Aircraft Company. It has an almost completely redesigned airframe, and come with a turret whose gun can be retracted/moved to create a navigator’s position. Kits are available to convert the aircraft into more of a passenger helicopter, although it can still carry cargo underneath. There is also the option for landing gear extensions to carry more cargo, and even one that replaces it with 4 wheels on legs to carry even larger cargo.
-CONTROLS
Throttle for throttle. (obviously)
VTOL for propeller pitch.
Pitch for, well, pitch.
Roll for roll.
Yaw for yaw.
AG1 activates the turret, controlled with pitch and roll.
AG3 activates the engine so you can move and steer on the ground.
AG7 turns on a stability gyro that will hold the aircraft in an upright position. (turn this on when using the turret)
AG8 controls the gyro that lets you control the aircraft. (deactivate this when using the turret)

I hope you enjoy!
The reason I haven’t uploaded in like 2 months is because I’m lazy af and didn’t get around to it haha 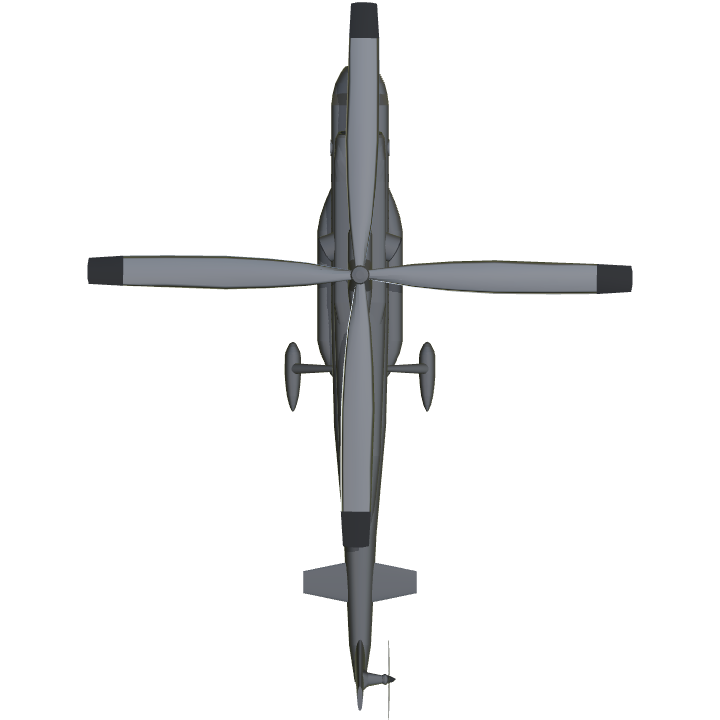 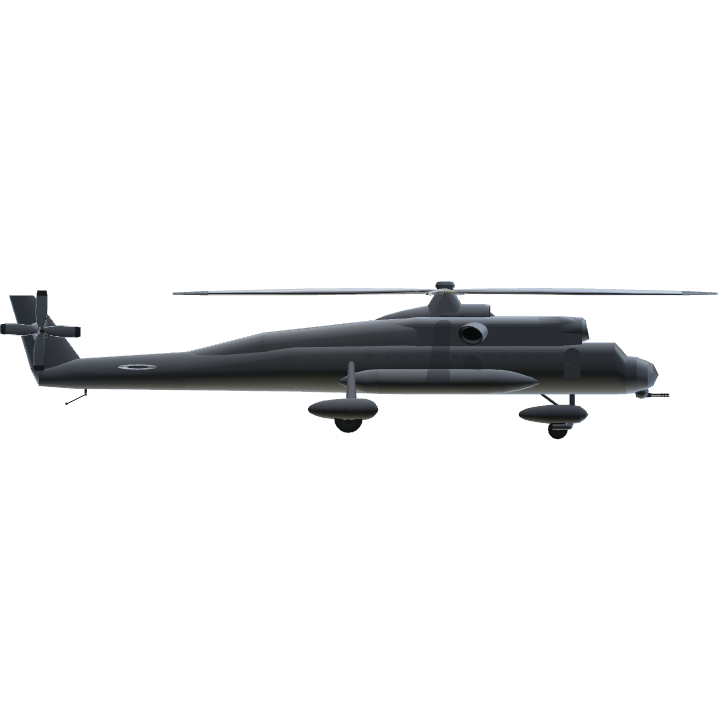 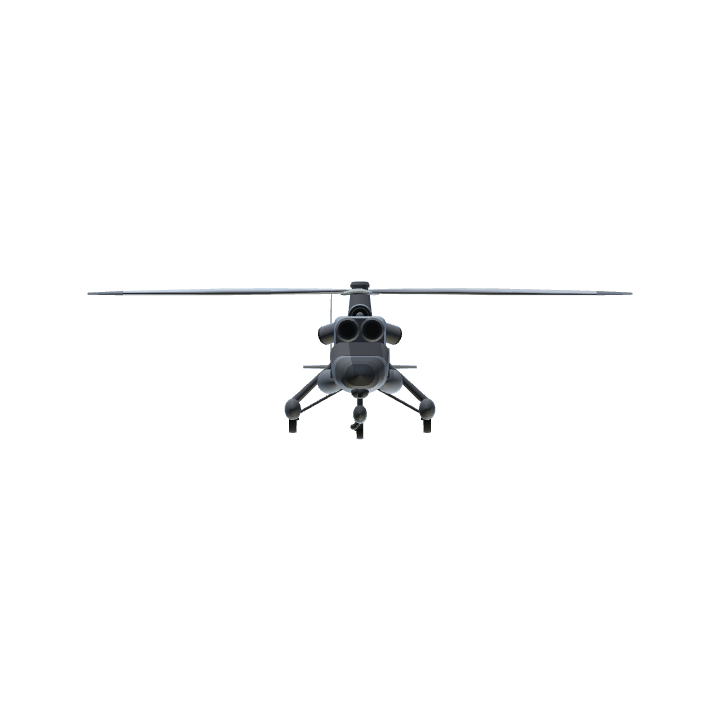